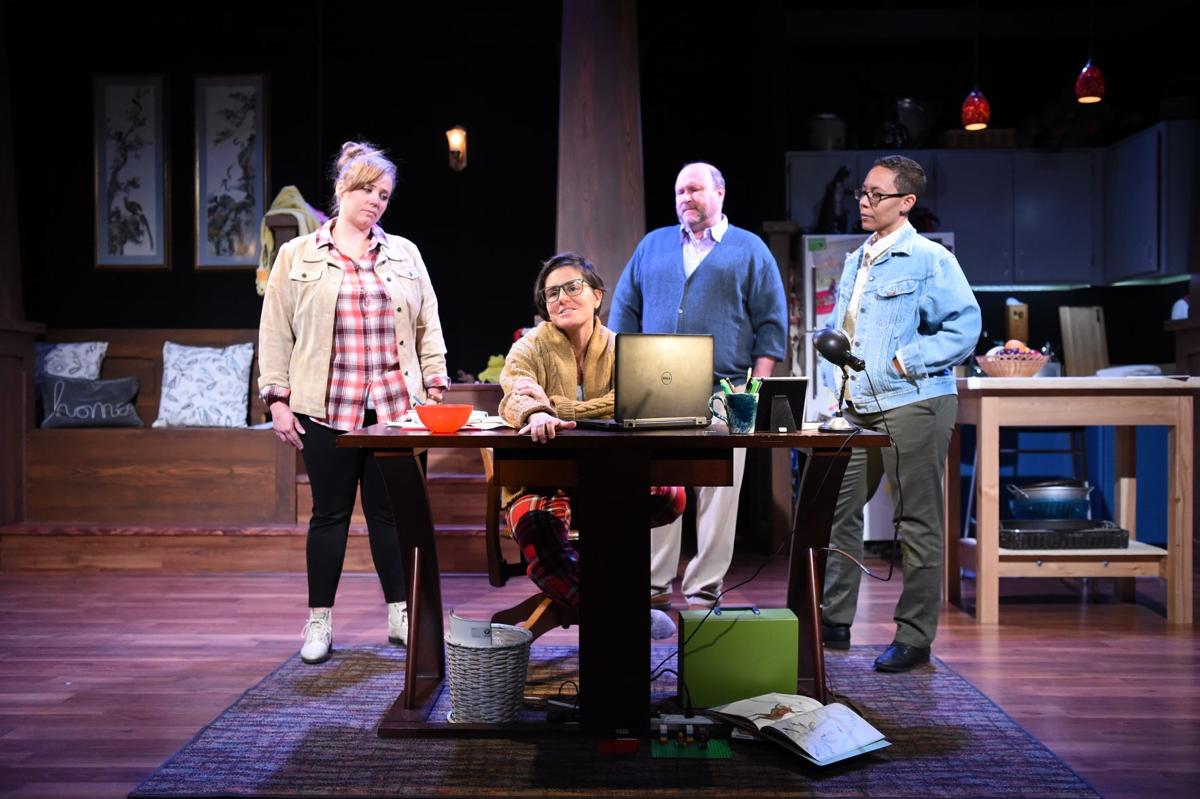 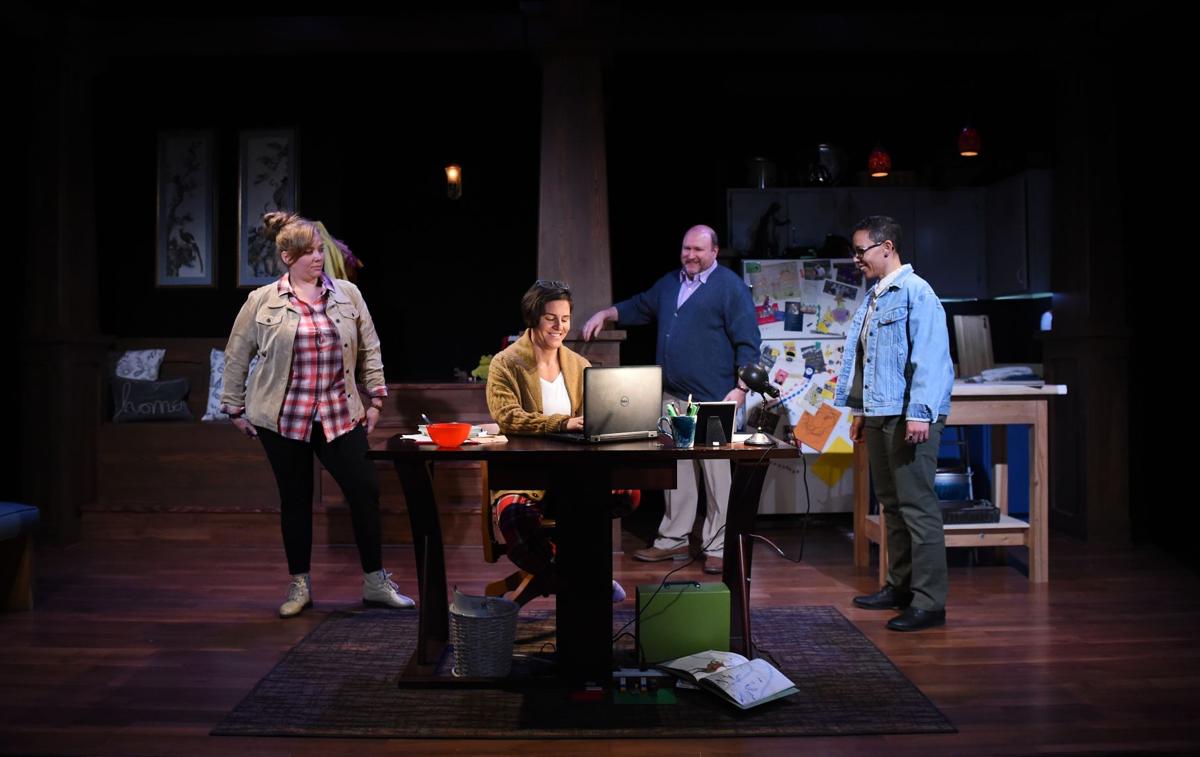 Cheryl Strayed’s book “Tiny Beautiful Things” is a collection of essays from her time as the advice columnist for the online magazine The Rumpus. Nia Vardalos adapted it for the stage in 2016. It opens at Colorado Springs Fine Arts Center at Colorado College on Friday and runs through Dec. 1.

Cheryl Strayed’s book “Tiny Beautiful Things” is a collection of essays from her time as the advice columnist for the online magazine The Rumpus. Nia Vardalos adapted it for the stage in 2016. It opens at Colorado Springs Fine Arts Center at Colorado College on Friday and runs through Dec. 1.

Every so often, a book comes along and patches up all the holes in your heart.

Cheryl Strayed’s “Tiny Beautiful Things” is one of those books.

You’ll probably remember Strayed for her wildly popular 2012 memoir, “Wild,” which later became a film starring Reese Witherspoon. But you might not realize the same year her memoir was released, so was “Tiny Beautiful Things,” a collection of essays accrued during her time as Dear Sugar, the anonymous advice columnist for online magazine The Rumpus.

From 2010 to 2012, Strayed did her best to mend together the distraught, heartbroken and hopeless letter writers who came to her for tender and frank advice, often blended with stories ripped from the headlines of Strayed’s own life. No topic was too fraught: professional jealousy, cancer, leaving a partner, miscarriage, adultery, coping with the death of a child.

Rock Ledge Ranch to host 'Everything but the Oink' event

“Strayed’s worldview — her empathy, her nonjudgment, her belief in the fundamental logic of people’s emotions and experiences despite occasional evidence to the contrary — begins to seep into readers’ consciousness in such a way that they can apply her generosity of spirit to their own and, for a few hours at least, become better people,” wrote critic Anna Holmes in The New York Times Book Review.

And then it became a play. Actress and screenwriter Nia Vardalos, maybe best known for writing and starring in the 2002 film “My Big Fat Greek Wedding,” adapted Strayed’s book for the stage. She took on the starring role when it debuted on Broadway in 2016.

“Because, more than anything, ‘Tiny Beautiful Things’ turns out to be about the endangered art of listening to — and really hearing and responding to — other people. This production is not a successful narrative play in any conventional sense. But it works beautifully as a sustained theatrical exercise in empathy,” wrote New York Times critic Ben Brantley.

The 80-minute, no-intermission show takes place at Dear Sugar’s home. Our protagonist (played by Allison Mickelson, who starred in the lead role of the 2018 FAC production of “Fun Home”), married with two kids, broke, feverishly working on deadline to finish a book, closely resembles Strayed’s life in the days before her writing took her to the top of the New York Times bestsellers list.

“She takes on the task of Dear Sugar,” said Christy Montour-Larson, a freelance director who lives in Denver. “She has an itch in her belly to make the world a better place.”

During the play, Dear Sugar letter writers are represented by three actors (Steve Emily, Heidi Guzman and Marisa Hebert) who pivot around the columnist on stage as they read their questions aloud and wait for Sugar’s reply.

Improv comedy show 'Whose Live Anyway?' and 'A Christmas Carol’ hitting the stage this weekend

“Cheryl says she writes with radical sincerity,” Montour-Larson said. “People appreciate that. Cheryl and Dear Sugar don’t come across as being an all-knowing advice giver. It’s so honest. People carry it (the book) around like a Bible.”

Dear Sugar, I read your column religiously. I’m twenty-two. From what I can tell by your writing, you’re in your early forties. My question is short and sweet: What would you tell your twentysomething self if you could talk to her now? Love, Seeking Wisdom

There are some things you can’t understand yet. Your life will be a great and continuous unfolding. It’s good you’ve worked hard to resolve childhood issues while in your twenties, but understand that what you resolve will need to be resolved again. And again. You will come to know things that can only be known with the wisdom of age and the grace of years. Most of those things will have to do with forgiveness.

You cannot convince people to love you. This is an absolute rule. No one will ever give you love because you want him or her to give it. Real love moves freely in both directions. Don’t waste your time on anything else.

Most things will be okay eventually, but not everything will be. Sometimes you’ll put up a good fight and lose. Sometimes you’ll hold on really hard and realize there is no choice but to let go. Acceptance is a small, quiet room.

One Christmas at the very beginning of your twenties when your mother gives you a warm coat that she saved for months to buy, don’t look at her skeptically after she tells you she thought the coat was perfect for you. Don’t hold it up and say it’s longer than you like your coats to be and too puffy and possibly even too warm. Your mother will be dead by spring. That coat will be the last gift she gave you. You will regret the small thing you didn’t say for the rest of your life.