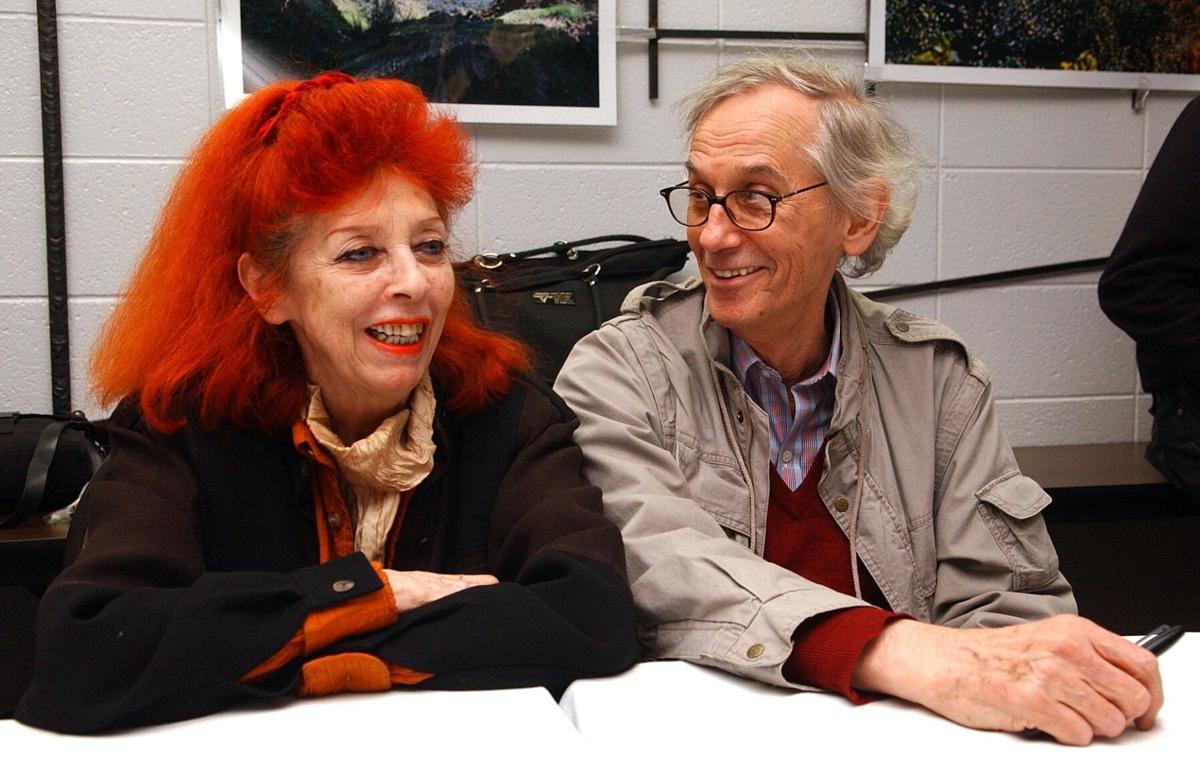 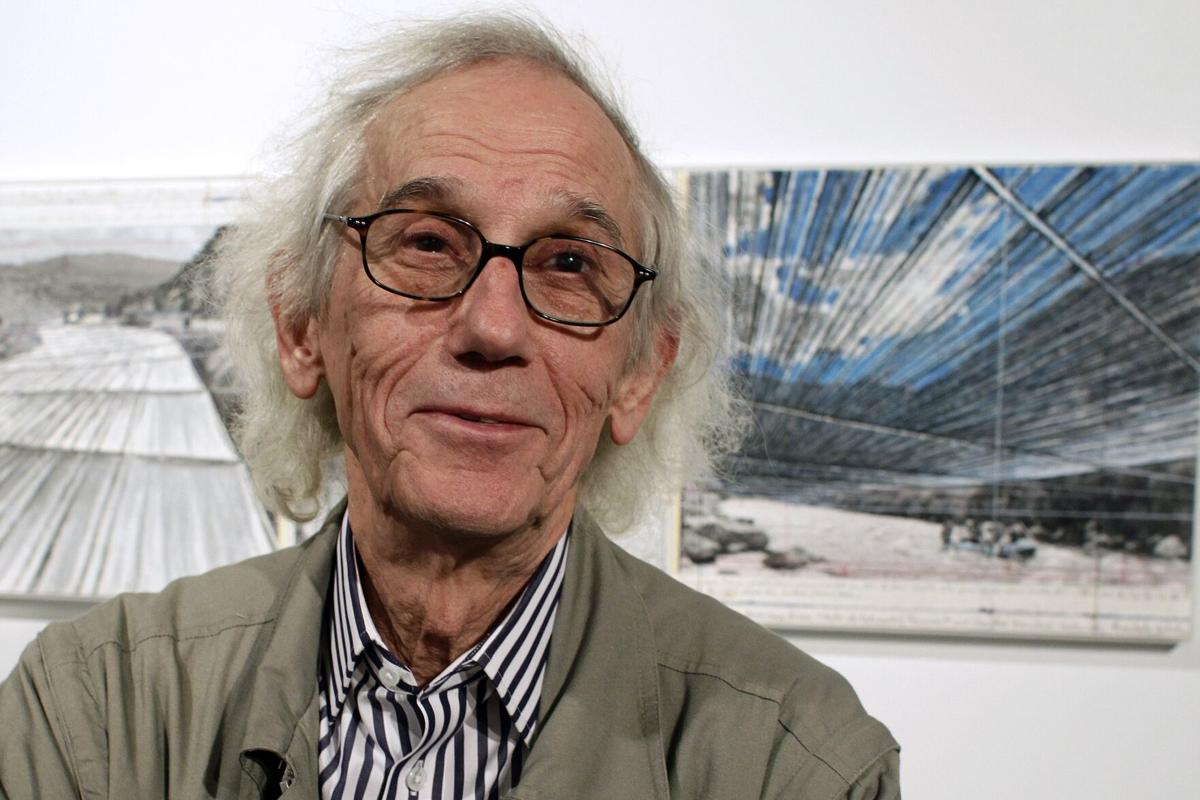 Christo poses in front of his proposed “Over the River” project at the Metropolitan State University Center for Visual Art in Denver in 2013. Christo died May 31.

Christo poses in front of his proposed “Over the River” project at the Metropolitan State University Center for Visual Art in Denver in 2013. Christo died May 31.

World-renowned artist Christo vibrated at a different frequency than most people.

He and his wife, Jeanne-Claude, were revered for their immense installations that took up space in the world for brief moments of time, and then disappeared, only to be remembered in memories and photos and the stories of those who helped bring the work to life. He died May 31 at 84.

Christo was Colorado Springs art historian Suzanne MacAulay's favorite artist as a young person. And when she found herself years ago sitting near the Bulgarian artist at a meeting in Cañon City for his proposed "Over the River" project, it was a dream realized.

"It was like the mountain was coming to Muhammad," says MacAulay, who's also a professor and the chair of the Department of Visual and Performing Arts at University of Colorado at Colorado Springs. "He was himself. Very vibrant, very electric. He must have been in his 70s then. He and Jeanne-Claude were there and always tittering together. They were like two Siamese twins feeding off each other."

Christo cancels Over the River in protest of new landlord: President Trump

Daisy McGowan, director of the UCCS Galleries of Contemporary Art, also got to know Christo and Jeanne-Claude when they visited the Springs to talk about the project that never came to be.

"Christo was very quiet. His English was very poor. Jeanne-Claude was adamant that we were never to say Christo. It was always say Christo and Jeanne-Claude," says McGowan. "She was the voice of the collaboration. He barely spoke when publicly presenting. He was definitely not a shy person, but as far as talking to the public, she took the lead."

Their "Over the River" installation, conceived in 1992, would have stretched 5.9 miles of silvery, luminous fabric panels above a 42-mile stretch of the Arkansas River between Cañon City and Salida. Christo acquired all the necessary permits, but faced lawsuits from those who opposed the work, and in 2017, after two decades and five years of legal arguments, put the kibosh on the project.

"He withdrew from the project because of the fact that land was federal," says MacAulay. "By 2017, Trump was in office. Christo didn’t want anything to do with that at all. His whole autobiography was resistance against the state, so to speak, the Soviet Union. This was another form of somebody he couldn’t respect."

"Over the River" would have been Christo's encore in Colorado. "Valley Curtain" was his debut. In 1972, Christo decided the Rifle Gap, between Grand Junction and Glenwood Springs in the Grand Hogback Mountain Range, would look fetching with a nylon fabric orange curtain stretched between two mountains. Installation was finished on Aug. 10, but gale force winds forced its removal 28 hours later.

The duo had a penchant for Colorado, and spoke often about their love for the landscape and passion for the outdoors "in a way that traditional outdoors people don't understand," says McGowan.

"But why does it have to be one certain way in that you’re passionate about the outdoors?" she says. "They collaborated with nature and respected it. They did so much work to be respectful."

MacAulay didn't see "Valley Curtain," but it was representative of Christo's belief that art can exist solely to be beautiful, which rubbed the elite art world the wrong way, she says. Prior to and during abstract expressionism in the '50s and '60s, an elitist attitude existed. Artists didn't want to articulate what their work was about, and perhaps they didn't even know themselves. Art wasn't tied to social issues like much of it is today. But Christo never worked that way, says MacAulay, and it was something he contended with throughout his career.

"The installation itself was beautiful and beauty isn’t a term that’s rampant in art these days," she says. "It’s not the goal. It could be a by-product, but it's not the goal. Art shouldn’t be accessible to the public — these are old ideas."

They blew up the art world, says McGowan, and blazed a trail that was hard to categorize, with their conceptual, abstract installations, and the way they went about funding them through Christo's illustrations and sketches of the projects.

"They were collaborators with people in communities, regulatory agencies, those who were enthusiastic about their work and their detractors," says McGowan. "They helped the art world break down the notion of what it means to be an artist."

Christo came to the idea of aesthetically powerful work due to his roots in countries threatened by the Soviet Union, says MacAulay. Soviet socialist art was for the people, but it was "ugly and massive," she says, such as big statues of Vladimir Lenin.

The ephemeral quality of Christo's work has always been part of its allure. Had "Over the River" been realized, it would have been up for only two weeks in the summer of 2015. "The Gates," an installation featuring gates made of saffron-colored fabric and placed on paths in New York City's Central Park, was open to the public for 16 days in 2005. In 2016, Christo, minus his late wife, completed "The Floating Piers" on Italy's Lake Iseo. For 16 days people could walk across an iridescent carpet of yellow fabric suspended on floating docks that stretched almost 2 miles across the water.

"It ties in with an indigenous world view," says MacAulay. "Think of Native Americans. What did they leave on landscapes? A few rocks, maybe in a circle. They didn't think they needed to embellish nature. It was the experience of the land and their spirits for them. The idea of leaving no trace. It’s kind of mystical and spiritual."