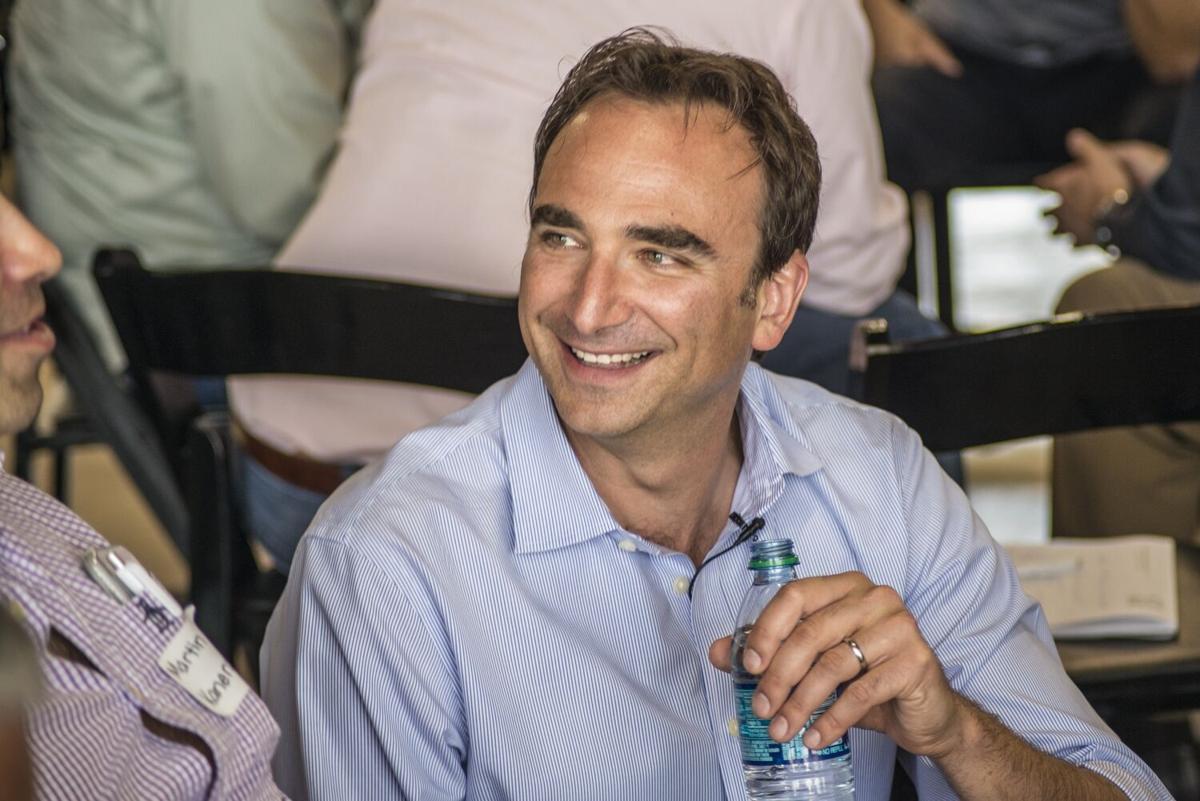 Jesse Wilson uses theater techniques to help lawyers, businesspeople and others learn to tell better stories to improve their personal and professional lives. 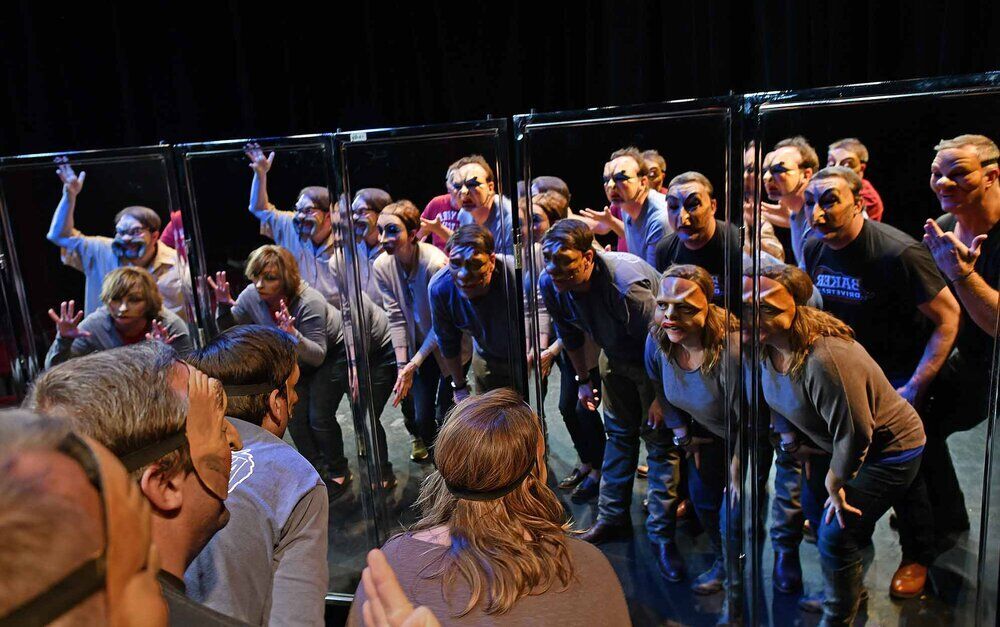 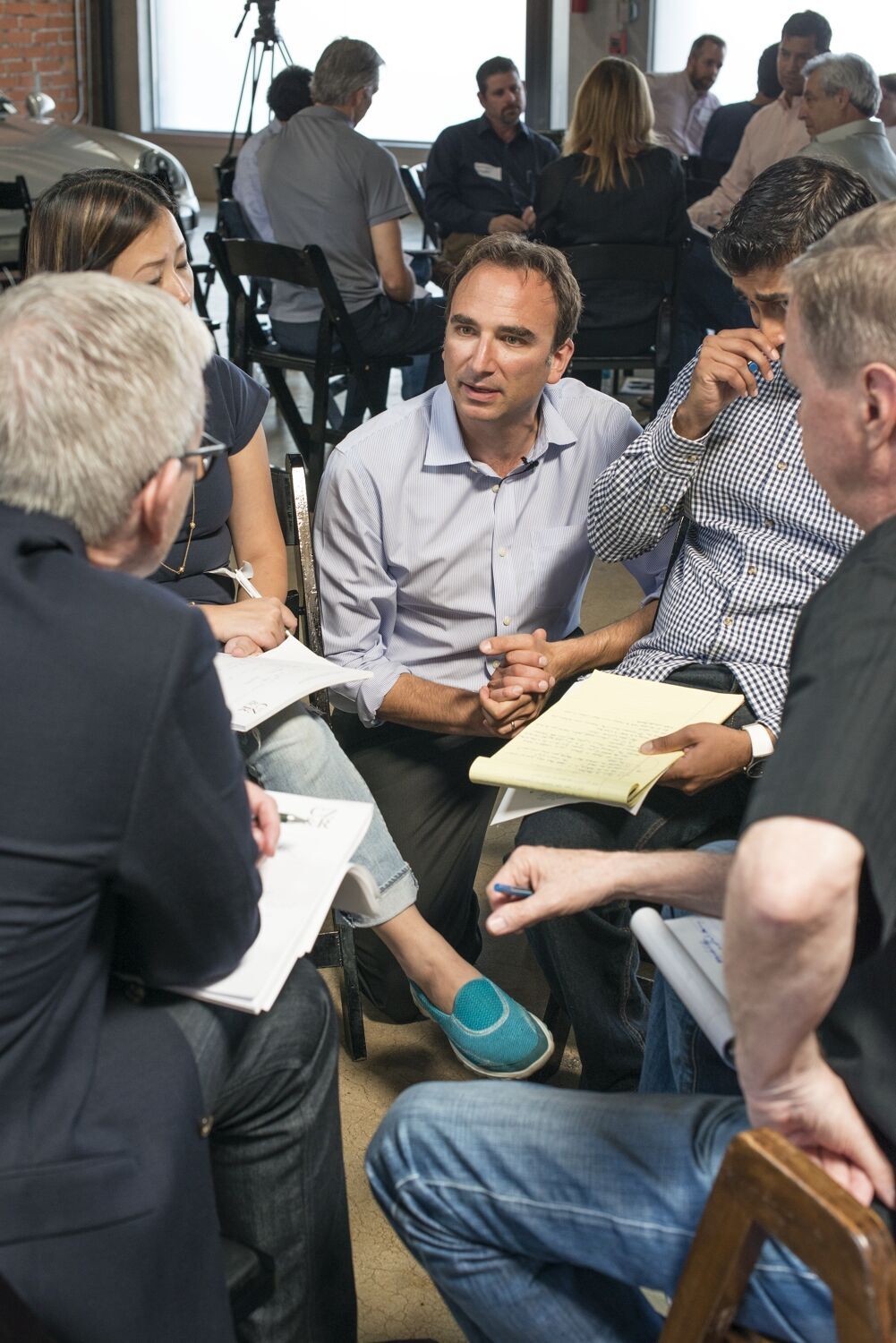 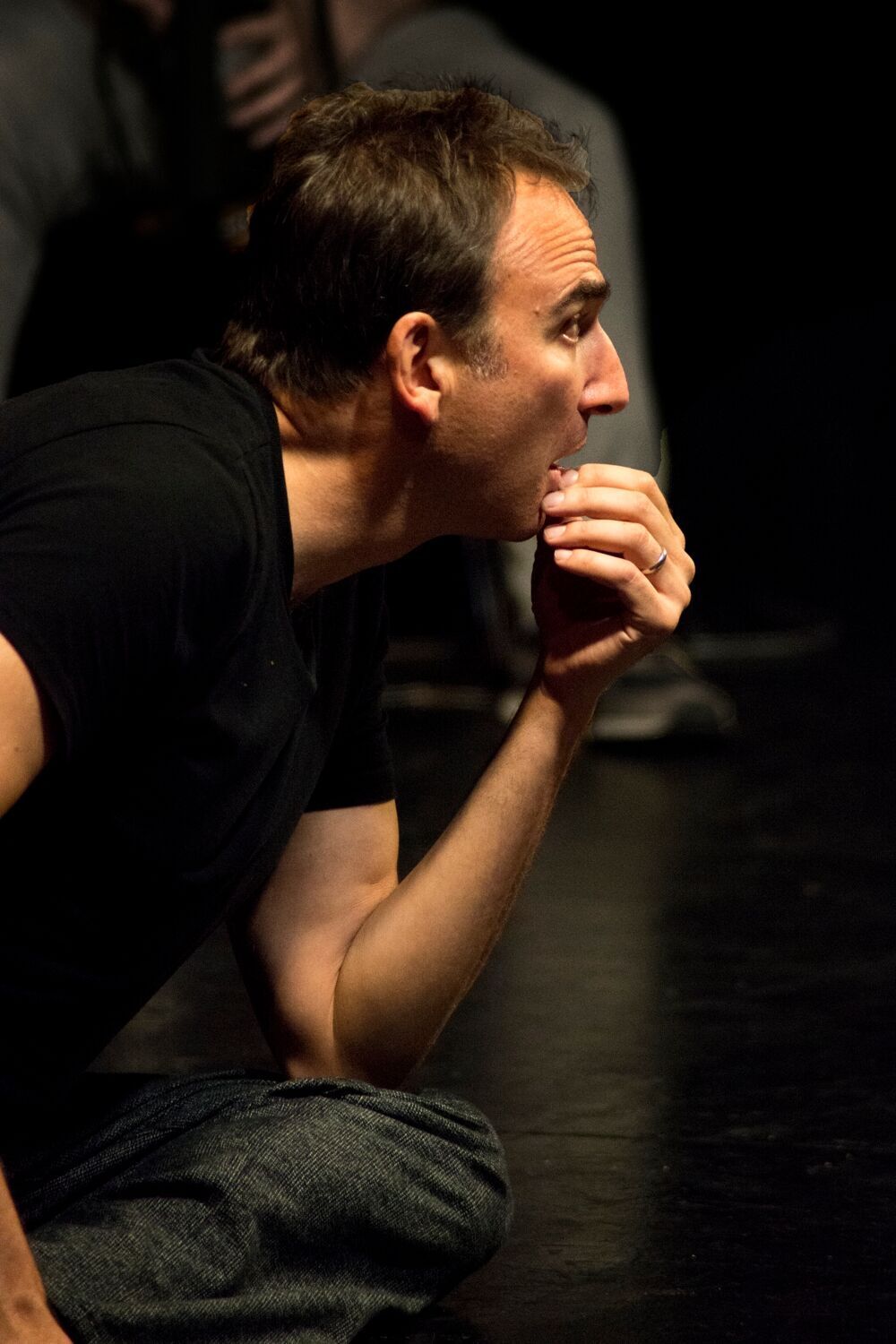 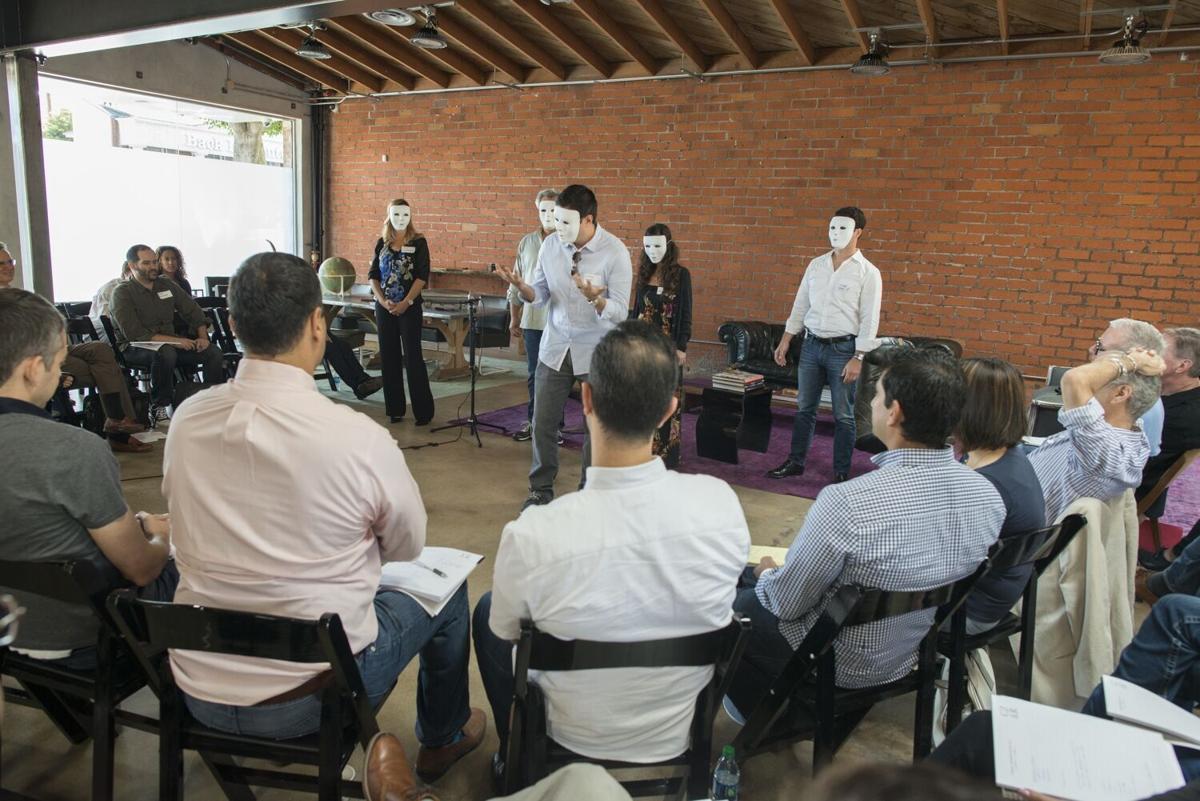 Jesse Wilson will hold his "Lessons From the Stage" workshop June 19 at Cottonwood Center for the Arts. Courtesy Jesse Wilson

Jesse Wilson uses theater techniques to help lawyers, businesspeople and others learn to tell better stories to improve their personal and professional lives.

Jesse Wilson will hold his "Lessons From the Stage" workshop June 19 at Cottonwood Center for the Arts. Courtesy Jesse Wilson

All day, every day, each of us tells stories.

Sometimes those stories are painful, sometimes uplifting. Sometimes false, sometimes colored by other people’s stories about us.

Jesse Wilson found himself stuck in the middle of a story that nearly killed him. More than 20 years ago, The Juilliard School graduate was working as an actor in Philadelphia. On the surface, he was creative. Underneath he was dying, addicted to drugs and feeling helpless.

“I thought my heart was going to give out on me one night,” said the Colorado Springs resident. “It was a foxhole prayer: God, please don’t let me die. I don’t want to be a casualty. The work I do now is a living amend.”

He changed his story and got sober. And now he helps other people use the power and magic of theater to change their stories and the way they tell stories to others. In his “Tell the Winning Story” workshops, he helps attorneys tell better stories about their clients so juries can see them in a different light, and helps businesspeople be more effective in the boardroom. In his “Lessons From the Stage” workshops, he helps people rewrite the stories of their personal and professional lives, empowering them to become who they’ve dreamed of becoming or to go after what they’ve always wanted.

“I want you to leave seeing your role as a teacher, whether you’re a literal teacher or not,” Wilson said. “Because to keep the lessons you’ve got to give it away. Everybody’s a teacher. And when you see yourself in that role it’s amazing what kind of creativity comes your way. It’s no longer about you, but what can you share with the world? It’s a service mindset. It’s readjusting your relationship with the world.”

He’ll lead the one-day workshop “Lessons From the Stage: Write Your Greater Story,” with guest instructor Claire Lautier, June 19 at Cottonwood Center for the Arts. To kick off the workshop, Wilson will perform his free solo show, “Goodbye to the Butterfly Place,” June 11 at Cottonwood. The coming-of-age story chronicles the relationship between him and his mother. Reservations are required as seating is distanced and limited.

Behind the scenes at downtown nonprofit arts complex in Colorado Springs

The genesis of his workshops began about seven years ago, or, as Wilson likes to say: “So there I am in prison.” No, he wasn’t doing time. He was there with his friend, David Fein, coaching inmates through a program based on Stephen Covey’s 1989 book, “The 7 Habits of Highly Effective People.” Wilson brought in techniques from his acting days, including working with masks and monologues, and it was a hit. “Lessons From the Stage” sprouted from that work.

“Sharing theater with people who can give a crap about theater is a real litmus test,” Wilson said. “Sure, improv is fun — there’s something to be said about play. But when you’re working with people who need to change their life yesterday, are broken, in pain, stuck in that old story, it was a game-changer.”

Wilson guided them away from their stories of fear, judgment, old beliefs and self-condemnation, and toward a new paradigm by having them create their own 3- to 4- minute story. Some inmates acted out the role of their victims. Others created scripts where they talked to their victims. And they performed those minisolo shows for their fellow inmates.

“What made those stories on stage so powerful was not because you had these inmates getting raw and real and vulnerable,” Wilson said. “Those stories held up a mirror to all the hundreds of inmates who were watching. Because the story you’re telling on stage is not your story. It’s the human story. Once you’ve defined or clarified where you want to go in your life, here’s where you get to hold your feet to the fire and create a play of your life that holds yourself emotionally and personally accountable to making that change in your life.”

Shortly after the prison experience, Wilson was tapped to do a communication presentation with a group of trial attorneys, where he discovered they were using psychodrama, a method in which participants use drama and role-playing to gain insight. It was in alignment with what he was already teaching from his theater background. Soon he was working with lawyers and witnesses. Out of this was born his “Tell the Winning Story” workshop.

Springs attorney Tim Bussey was among a group of lawyers who took Wilson’s workshop in the fall. He hoped to improve his communication skills. He walked away with a better idea of heroes and villains and how to use those archetypes in the courtroom.

“Villains aren’t always villains,” Bussey said. “Nobody ever sees themselves as a villain. In a courtroom, sometimes it’s important to recognize that in a witness. You need to tell the story and make sure the jury understands.”

‘Lessons From the Stage’

Deciphering what we really want in life and stepping into that story is at the heart of Wilson’s “Lessons From the Stage” workshop. Through the power of theater, he believes we can empower and motivate ourselves to accomplish our dreams, be they dreams of a different career or of inhabiting a different quality in ourselves, such as learning to forgive.

Much like the inmates, workshop participants create a 3- to 4-minute scene. The question at the scene’s core: What do you really want? He helps people find answers through a toolkit of theater techniques, before asking them to perform for the group.

A few years ago, Ross Jacobsen was going through a tumultuous time personally and professionally, and thought a weekend spent focusing on self-development might clarify some things. What he learned during Wilson’s workshop has stuck with him.

“I was grasping for control in lots of areas of life, and trying hard to make things happen,” said Jacobsen, a Springs resident. “What I realized was I needed to let go.”

Wilson asked the group members to come up with a word to use as an intention. Jacobsen landed on “allow,” which became his theme for the weekend and his final monologue.

“Over the next weeks, months, years, I tried to embrace that in the things I was going through,” he said. “It really helped. Just let this happen, don’t try to orchestrate it. Be a participant, but don’t take ownership to control something that isn’t under your control.”