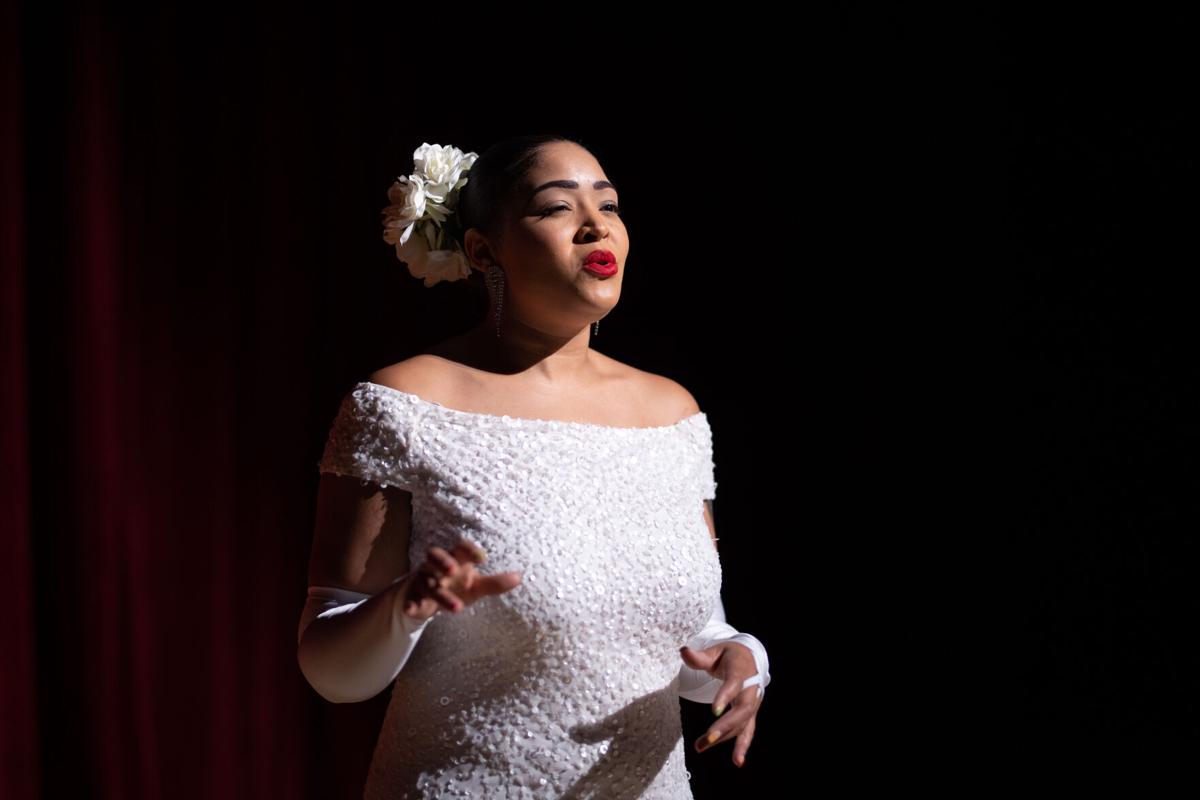 Theatreworks presents the Tony Award-winning play “Lady Day at Emerson’s Bar & Grill,” a one-woman show starring Cheerish Martin in the iconic role. The play is set in 1959 in a run-down Philadelphia bar, where Holiday sings a string of her famous hits, including the controversial “Strange Fruit.” 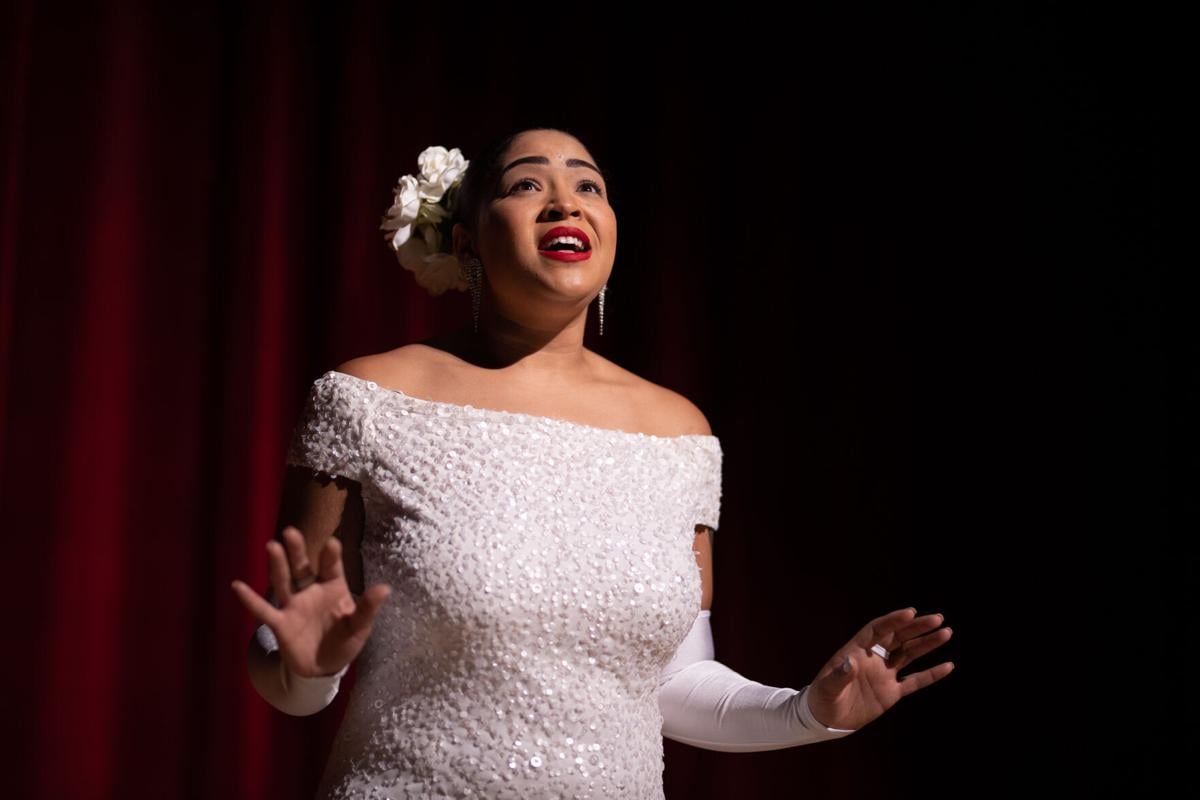 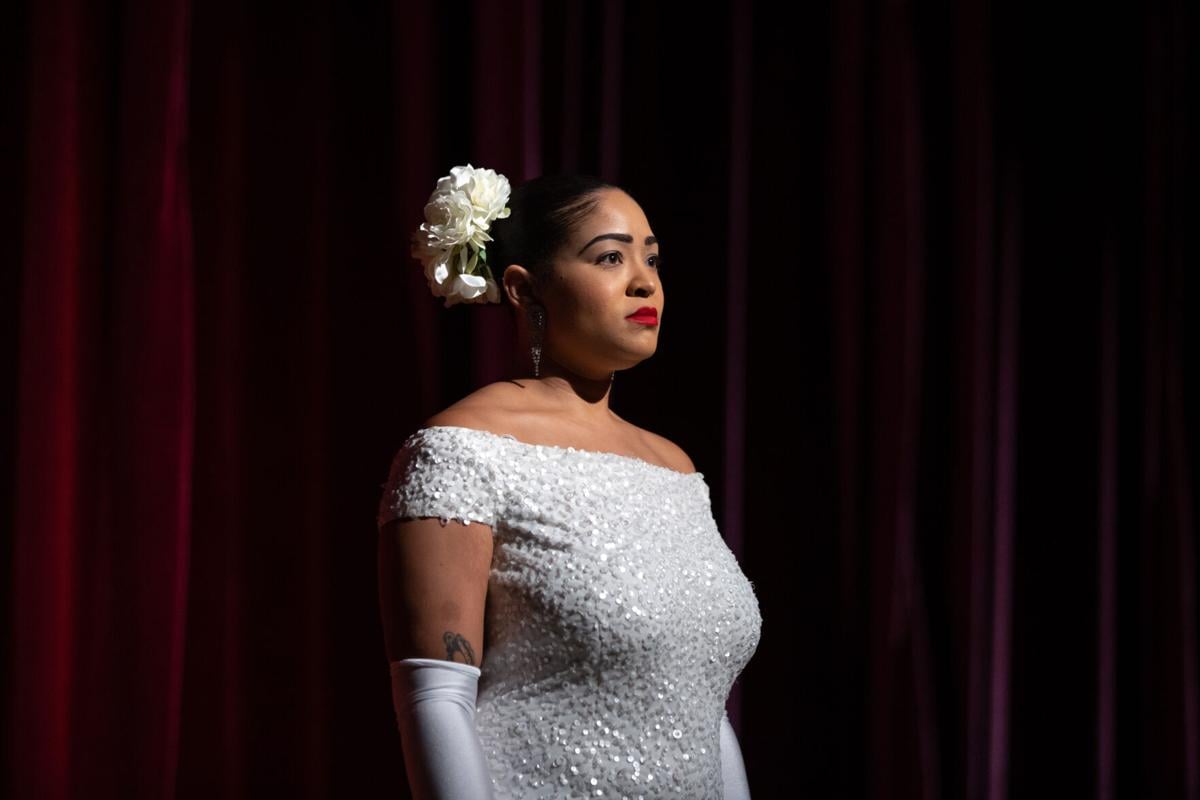 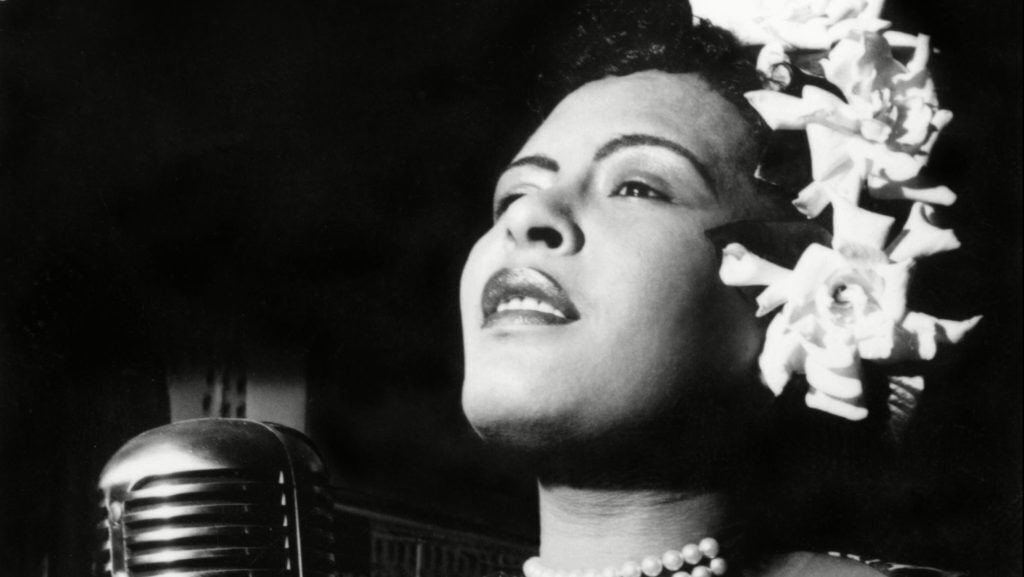 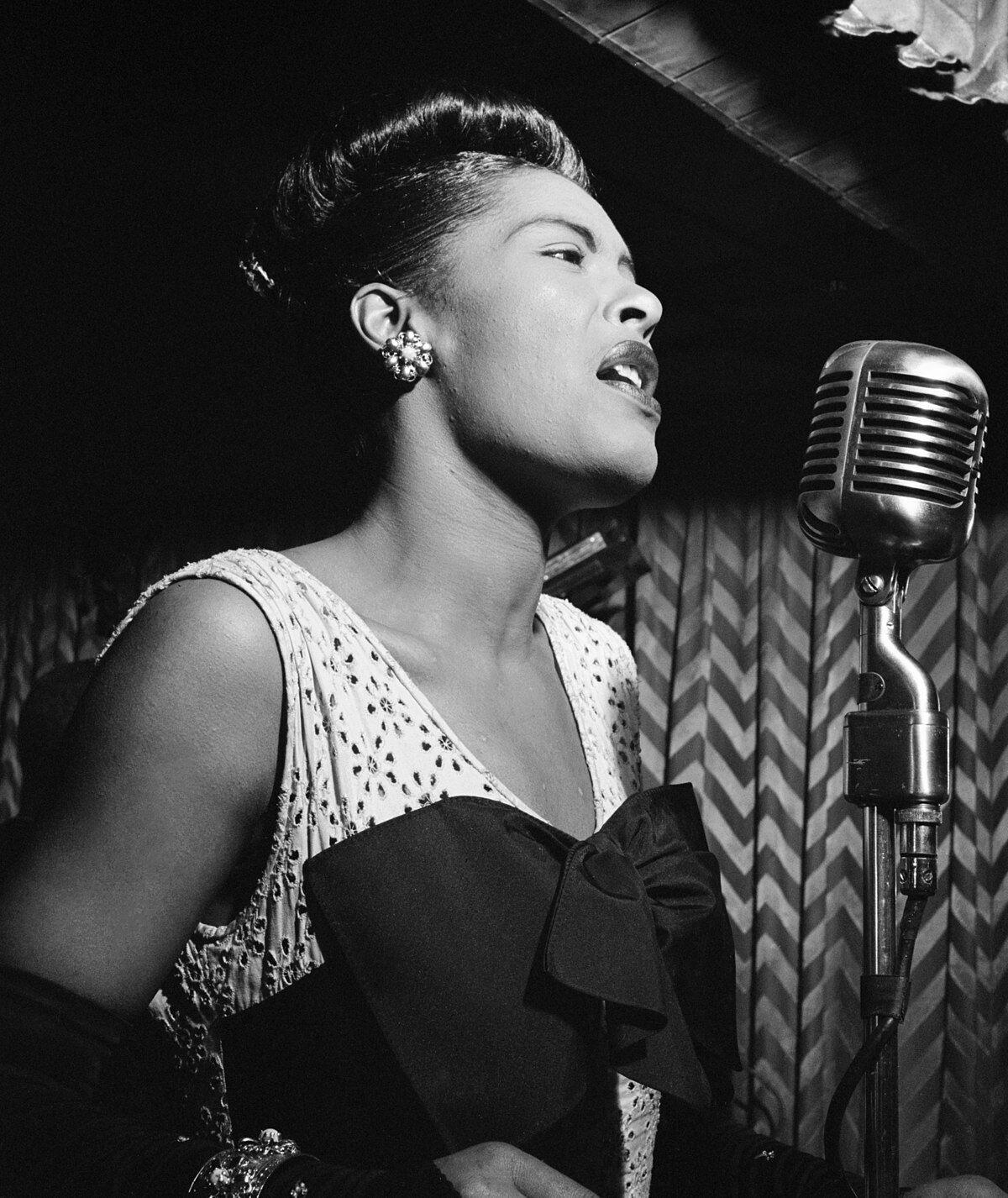 Jazz singer Billie Holiday. “Not only was she an incredible singer and wonderful storyteller, but she was an activist,” says Cheerish Martin.

Theatreworks presents the Tony Award-winning play “Lady Day at Emerson’s Bar & Grill,” a one-woman show starring Cheerish Martin in the iconic role. The play is set in 1959 in a run-down Philadelphia bar, where Holiday sings a string of her famous hits, including the controversial “Strange Fruit.”

Jazz singer Billie Holiday. “Not only was she an incredible singer and wonderful storyteller, but she was an activist,” says Cheerish Martin.

Your go-to image of Billie Holiday might be a graceful Black woman with a striking gardenia tucked behind her ear.

The jazz singer, whom a friend nicknamed “Lady Day,” likely appears calm, confident and at the pinnacle of her career.

You wouldn’t be wrong. That’s the Billie Holiday of the ’40s. But the Holiday you’ll encounter in Theatreworks’ new production, “Lady Day at Emerson’s Bar & Grill,” is not that Holiday. The Holiday in the show has just spent 18 months in prison for possession of narcotics. Her husband has left her and she’s lost her work card, which means she can perform in big halls, such as Carnegie Hall, but not small bars and clubs, which mean so much to her, as they’re the places where she first communed with her Black audiences.

“She lost everything she loved,” said director Lynne Hastings. “She was struggling with heroin addiction and the change in her status as a performer. It’s joyful, but sad at the same time. She lived a hard life with drugs and alcohol abuse, and it has taken its toll.”

Lanie Robertson’s Tony Award-winning play is set at a run-down bar in South Philadelphia in 1959, during one of Holiday’s (Cheerish Martin) last performances before her death at 44 a few months later . As she talks to the audience and sings a string of her hits, accompanied by a piano player (Earl Schaffer Jr.), including “What a Little Moonlight Can Do,” “Strange Fruit,” “God Bless the Child” and “T’ain’t Nobody’s Business If I Do,” she becomes increasingly intoxicated and incoherent.

The show opens Thursday and runs through Aug. 1 at Ent Center for the Arts.

Taking on the role of such a historical figure has long been a dream for Martin. The Colorado Springs actor first learned about Holiday from her parents, but only later did she learn the level of tragedy the singer endured in her lifetime. Holiday’s mother, only 13 when she gave birth to her daughter, prostituted her out to brothels at a young age. And she was raped when she was 10.

The pain and trauma ultimately made her into a woman Martin admires.

“I love how unapologetic she is. She is completely and totally herself,” she said. “Not only was she an incredible singer and wonderful storyteller, but she was an activist. She made it a point to sing a song that the government attempted to shut down over and over again. She looks like she had a hard and difficult life. Some of us would have just given up, but she has a bravery and strength that is remarkable.”

That same torturous childhood also was likely at the root of her terrible, life-ending addictions.

“She was always looking for love her entire life and never found it,” Hastings said. “You understand why she’s numbing the pain.”

8 weekend things to do around Colorado Springs and beyond: Rodeo, Victor Gold Rush, Paranormal Cirque

“Strange Fruit” is the song she refused to stop singing. Written as a poem by Abel Meeropol after he saw a photo of the lynching of two Black teens in Indiana in 1930, Holiday popularized the musical version in the late ’30s.

The protest anthem angered the U.S. government, and when Holiday refused to stop singing it, the Federal Bureau of Narcotics sold her heroin as a way to frame her and put her in prison, according to a PBS story about “The United States Vs. Billie Holiday,” a movie that was digitally released in February.

“We still don’t have an anti-lynching bill. This song is still relevant. We need to start putting bills or processes into place saying this will not be tolerated, and we won’t accept hate toward other Americans. I hope people see, even though the show is set in the ’50s, we’re just not that far and still have a lot of work to do.”

What: "Lady Day at Emerson's Bar & Grill," by Theatreworks