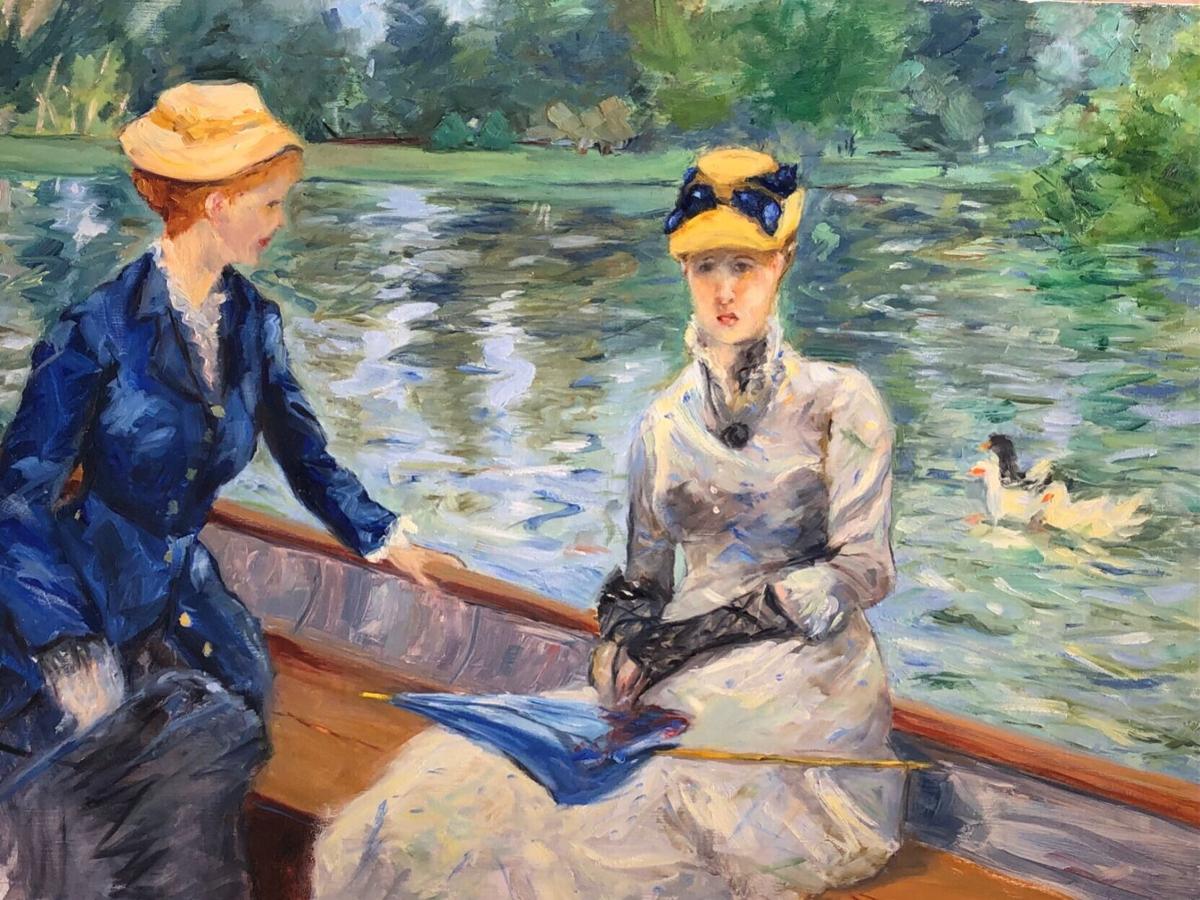 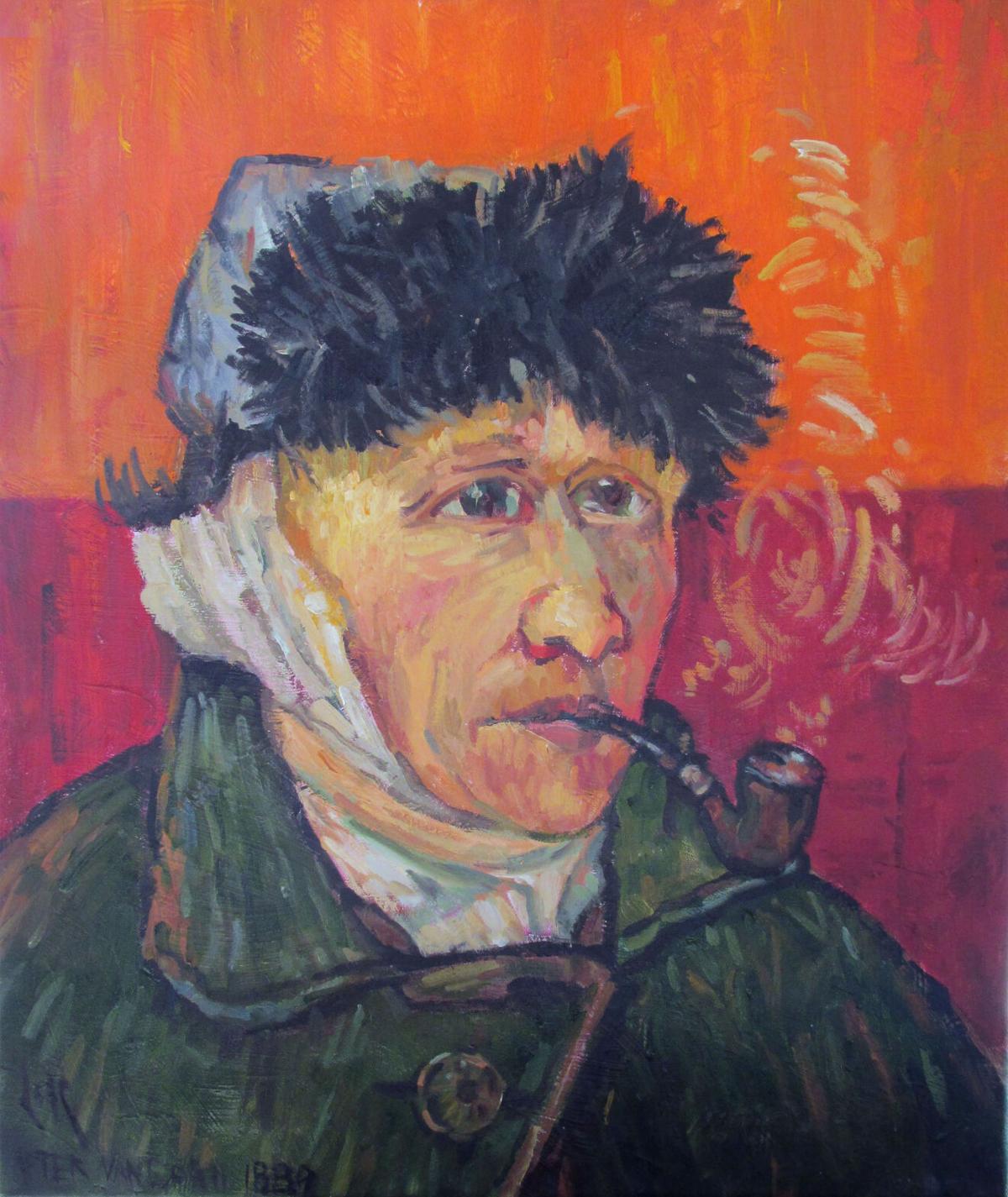 ABOVE: “Self Portrait with Bandaged Ear and Pipe, by Phil Lear after Vincent Van Gogh. 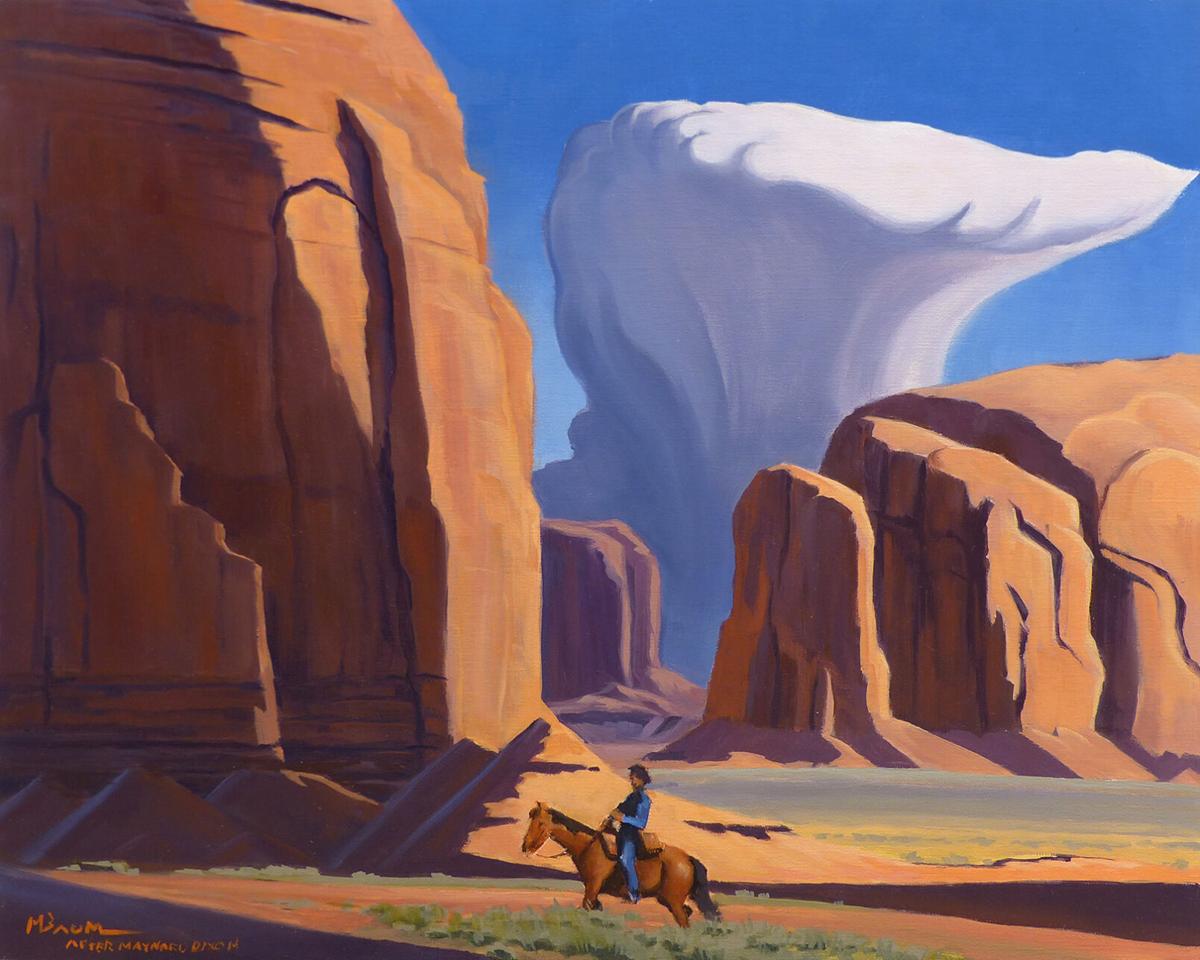 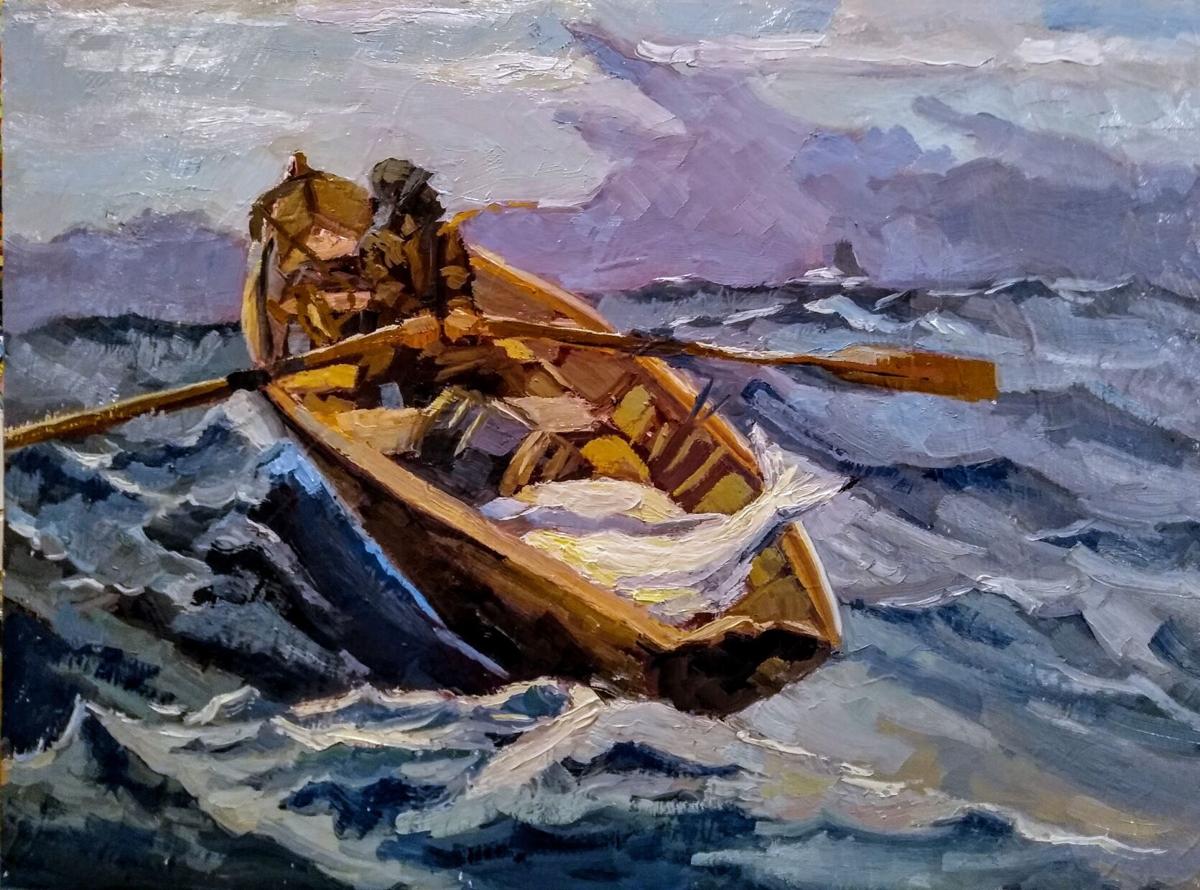 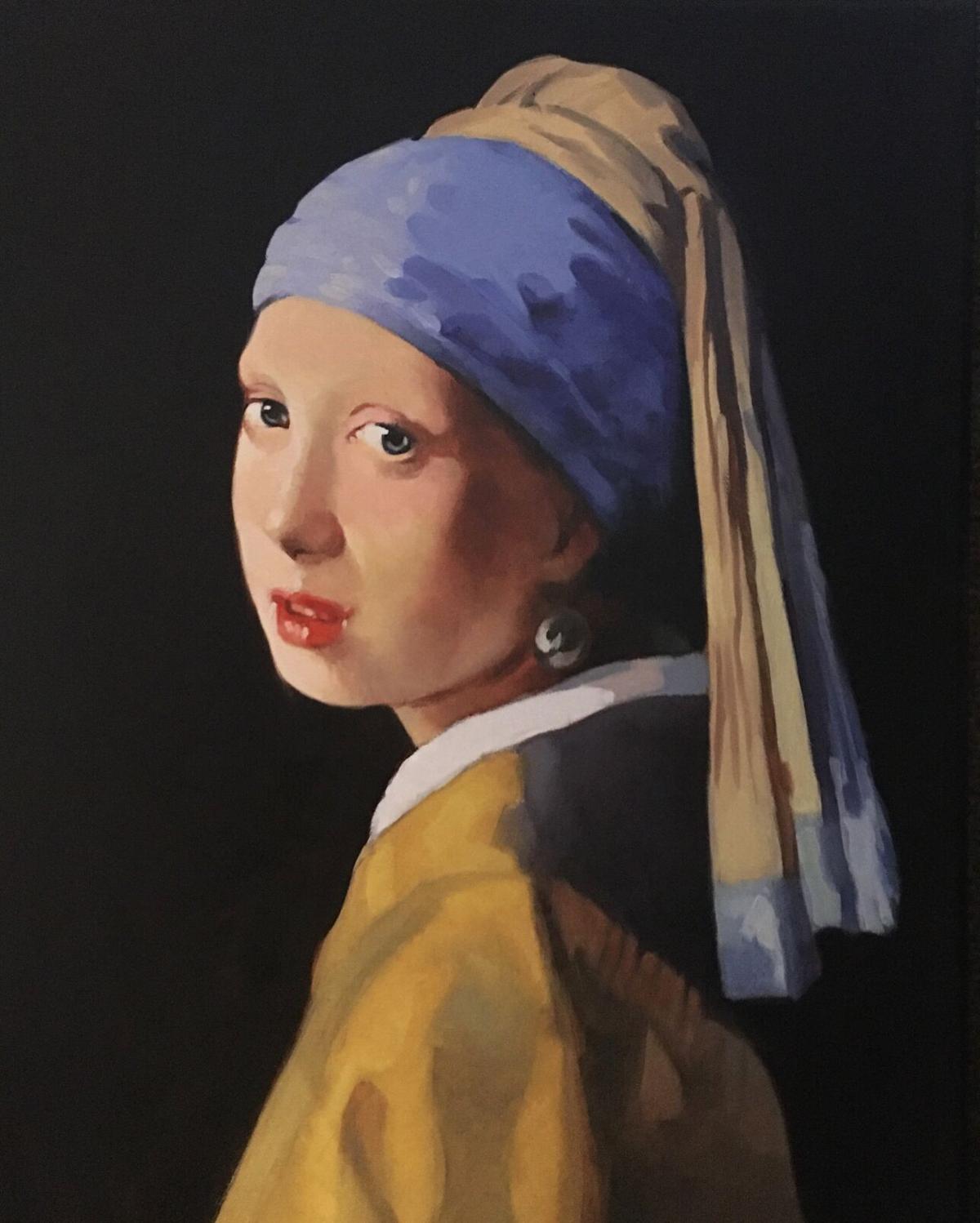 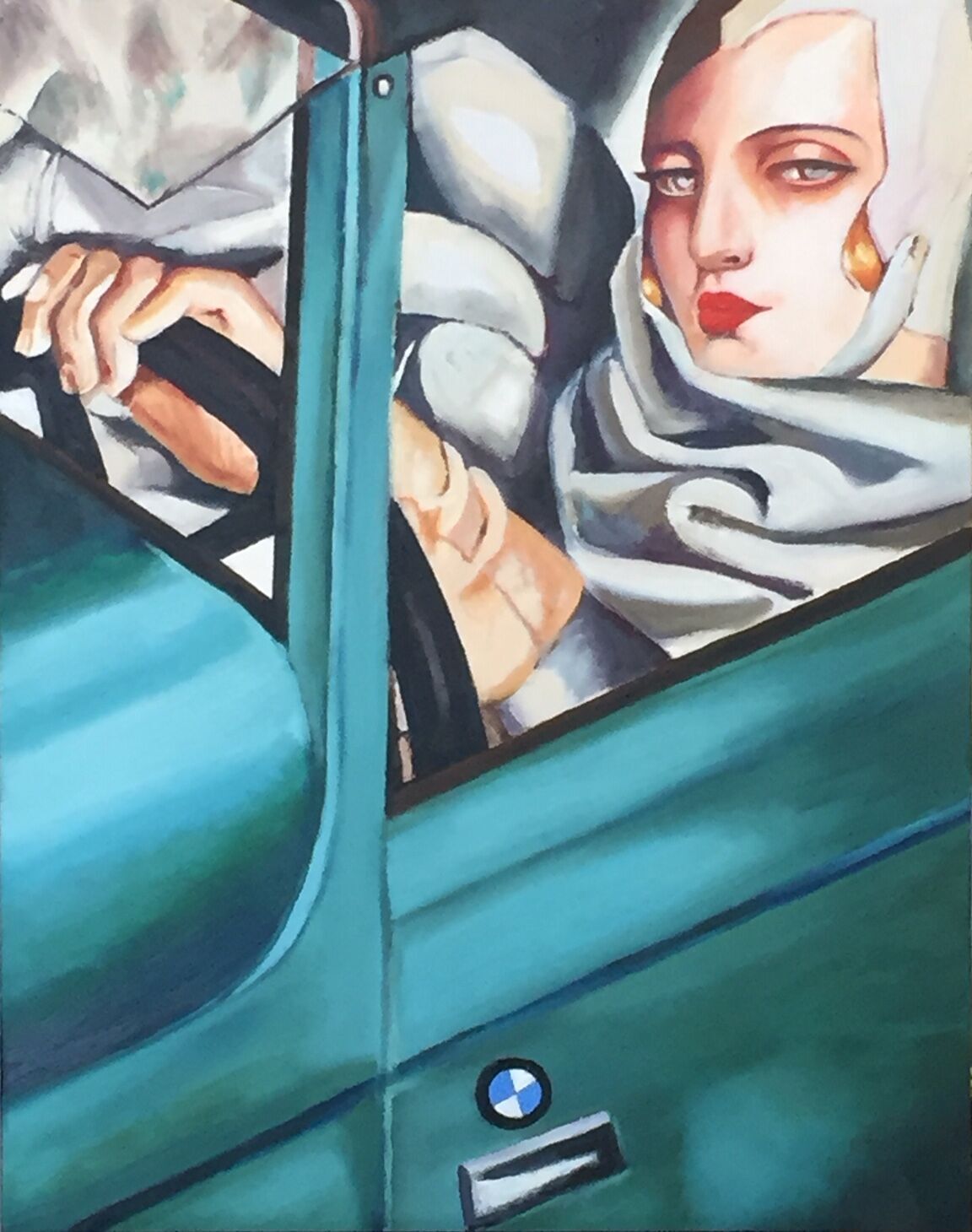 ABOVE: “Self Portrait with Bandaged Ear and Pipe, by Phil Lear after Vincent Van Gogh.

Heads up: You can skip your trip to the Louvre Museum in Paris to see Ms. Lisa.

Copying the painting, which he saw in person during college, was more challenging than the longtime artist expected. Not only was the size of the painting larger than he remembered, but there were more details in the background than he’d realized. Weed also decided to paint her portrait as though the yellow varnish, which is put over a painting to protect it, had been removed. So the colors look fresher and more vibrant than what you’d see in person.

“It’ll never go out of style,” says Weed about da Vinci’s portrait. “Her face is so classic. And painted that long ago, it’s kind of amazing. Most of the portraits, they look different than we do these days. They have different facial features, but to me it always seems very modern for being painted at the time it was painted.”

Weed also painted Johannes Vermeer’s “Girl With a Pearl Earring,” calling the portrait much simpler to forge than da Vinci’s.

The two pieces are among 50 works in the new exhibit “Fakes and Forgeries” at Alvarez Gallery and Art School. It opens during First Friday Downtown with a reception from 5-8 p.m. and will be up through March. The exhibit is available for viewing online at alvarezschool.com.

The show features about 20 Pikes Peak region artists’ take on some of their favorite masterpieces. Many are straight-up copies. Others are near copies, with a few minor details changed, and others have put a creative spin on the style of a favorite artist.

It’s from the mind of Chris Alvarez, who celebrates two years being in his gallery under the Colorado Avenue bridge. He opened his first art school in 2010 in the Second Floor Studios above the Michael Garman Museum and Gallery in Old Colorado City.

“I thought everyone would have a lot of fun copying great masterworks,” he says. “I envisioned the gallery looking like a minimuseum. I wanted to see what kind of artists people were interested in and what they could paint if they wanted to and whose artist’s head they could get into.”

He’s achieved his goal. The small gallery space is stacked with portraits by many familiar and beloved artists. There’s Georgia O’Keeffe’s “White Iris” and “Light of Iris” by local artist Lelia Davis; “Woman with a Parasol,” a copy of Claude Monet’s work by Michael Russel; and another Monet piece, “Sunflowers,” by Julie Cutting. Carey Pelto pays homage to Edgar Degas’ “Dancer’s Dressing Room,” and Cutting also does Degas’ “Blue Dancers.”

Landscape painter Michael Baum created his own interpretation of Maynard Dixon’s work in “Maynard Dixon’s Lost Masterpiece,” while Dena Peterson, who helped paint scenes for the 2017 film “Loving Vincent,” did her rendition of “The Sower” and “Study for Storm Clouds Over the Prairie.”

Alvarez also has created works for the show, including Winslow Homer’s “The Fog Warning,” which he first encountered two decades ago at the Museum of Fine Art in Boston.

The gallery owner also created a beautiful counterfeit version of Van Gogh’s “Café Pavement at Night,” only it was more difficult than he imagined. Whereas he understood the process of the other painters he copied, Van Gogh was a mystery.

“Van Gogh made up his own rules and did things his own way, and I had to figure it out,” Alvarez says.

What: "Fakes and Forgeries"

When: Exhibit is online now, runs through March 31

Theatreworks, Katy Williams Designs and JParker Arts collaborate on "The Mitten," a new shadow puppet production based on a Ukrainian folktale. It opens Friday and runs through Feb. 28.