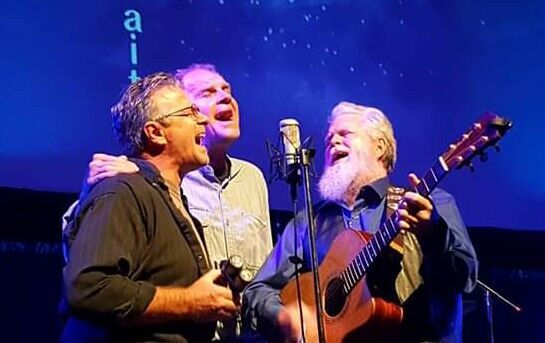 From left, Jim Sokol, Joe Uveges and KJ Braithwaite make up the BUS Band. They group will perform Saturday at Stargazers Theatre and Event Center. 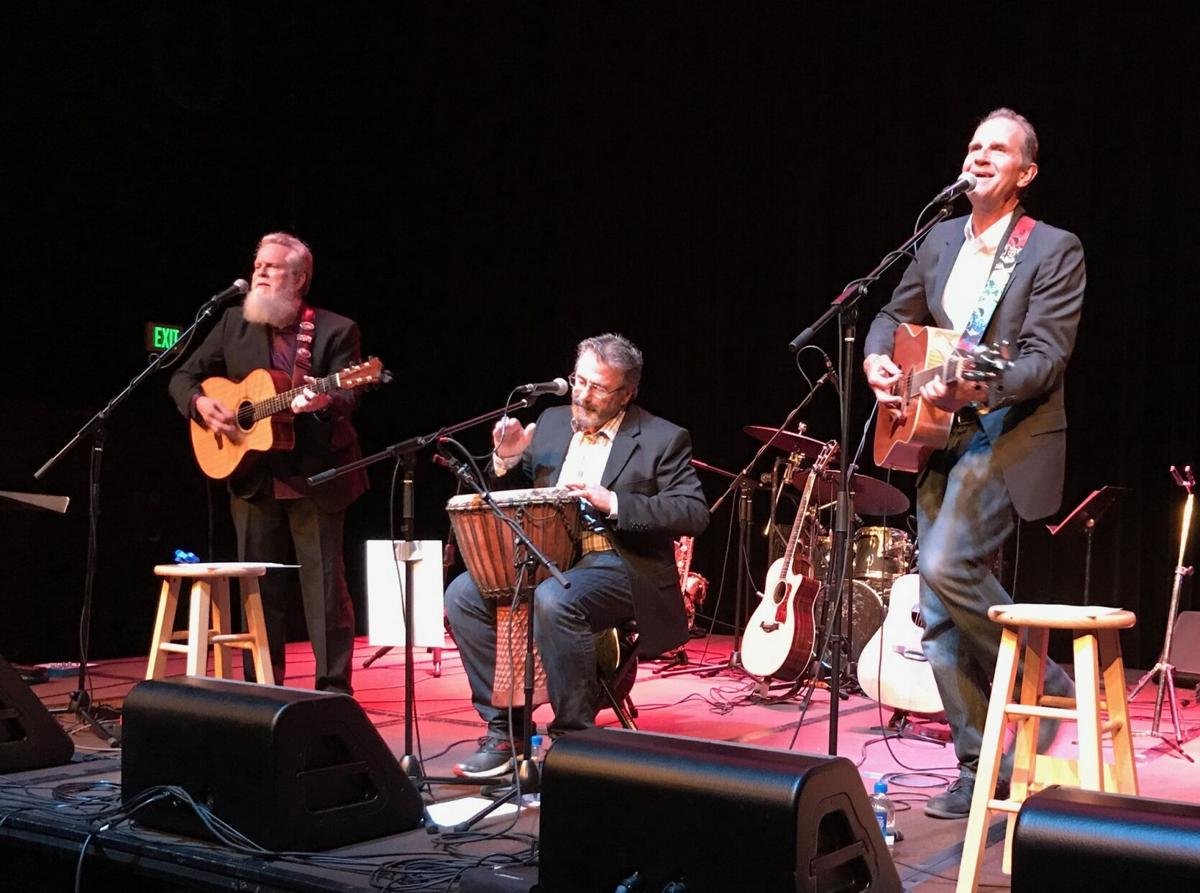 The BUS Band will perform songs by Crosby, Stills, Nash & Young on Saturday at Stargazers Theatre and Event Center.

From left, Jim Sokol, Joe Uveges and KJ Braithwaite make up the BUS Band. They group will perform Saturday at Stargazers Theatre and Event Center.

The BUS Band will perform songs by Crosby, Stills, Nash & Young on Saturday at Stargazers Theatre and Event Center.

The inner workings of the BUS Band are the polar opposite of folk rock supergroup Crosby, Stills, Nash & Young.

The former musicians are true comrades who don’t allow ego to get in the way of performing. The latter? Not so much.

“Those guys struggled with infighting. It’s legendary,” says BUS Band guitarist and singer KJ Braithwaite. He puts the “B” in BUS Band. “It’s amazing how people who could make such great music could be so dysfunctional behind the scenes. I look at the BUS Band, and it would be like Crosby, Stills, Nash & Young if they didn’t fight. We don’t have that horrible element.”

Six things to do around Colorado this weekend:

Singer and guitarist Joe Uveges and singer-guitarist-percussionist Jim Sokol round out the trio. They’ll perform Saturday at Stargazers Theatre and Event Center. Joining them on stage will be Braithwaite’s son Daniel Braithwaite on drums and Randy Block on bass.

The evening’s repertoire is strictly by CSNY, though they’ll also play songs each of the musicians (David Crosby, Stephen Stills, Graham Nash and Neil Young) performed when they belonged to other bands, including Buffalo Springfield, The Byrds and The Hollies. Some of CSNY’s most popular songs include “Marrakesh Express,” “Long Time Gone,” “Just a Song Before I Go,” “Teach Your Children,” “Ohio,” “Our House” and “Suite: Judy Blue Eyes.”

“There’s a certain age group who grew up with that,” Braithwaite says. “It’s so different than so much out there. Wonderfully written songs. And those three-part harmonies were just unbeatable. It’s still good music. We’re grateful we have people who want to continue to hear that.”

A new record shop has opened in Colorado Springs, providing music and a refuge

There’s also a fair amount of history to be had during the tribute show, mostly via Braithwaite, who delved into the background of every one of CSNY’s songs. He researched the copyright and what they were doing the year they recorded it.

“The Byrds did ‘Mr. Tambourine Man’ and up until then, (Bob) Dylan didn’t have a No. 1 hit with it,” he says. “But The Byrds made that a No. 1 hit for him. David Crosby was in The Byrds until he got thrown out. There’s a lot of material we throw out. It’s fun to get a little insight into their individual careers.”

One anecdote Braithwaite likes to share is about Young’s bad habit of ditching whatever band he was in whenever he got tired of it. After the quartet broke up, he did a short tour with Stills, but after three shows, he went AWOL.

“He left Stills a note saying isn’t it funny how some things that start spontaneously end that same way?” says Braithwaite.

The funnier part? The guys always let him back into the band later, despite his bad behavior.

“Maybe they figured what he brings to the party is worth the chance he’s going to walk out of the next show,” he says.

The guys in BUS don’t harbor that fear. They’ve played together for the better part of 40 years, after Braithwaite joined Uveges’ and Sokol’s duo long ago. When they’re not performing CSNY songs, they also write original material.

“It’s like a family,” Braithwaite says. “We know each other so well. It’s an easy thing. What we each bring to this band complements and fits each other. The skills we bring fit together like a glove.”

The three share a common goal: staying true to the love of music. It’s about the song and making it the best they can.

“When you hit it right, there’s a feeling inside that’s like nothing else,” he says. “The harmonies still give me a thrill every time we get to do it.”

Nobody in the group has a big ego, Braithwaite says, which can get a supergroup like CSNY in trouble, or any performer who finds huge success.

“Neil Young said money and the fame changes you. You get rich and people say you don’t need those guys, and eventually you start believing that,” he says.

“It changes you and you have this ego that runs away with you. That happens a lot with people who become rich and famous. But they (CSNY) always knew the music was special.”

What: BUS Band, a tribute to Crosby, Stills, Nash & Young

Something else: Face coverings required upon entrance and while moving around the building.