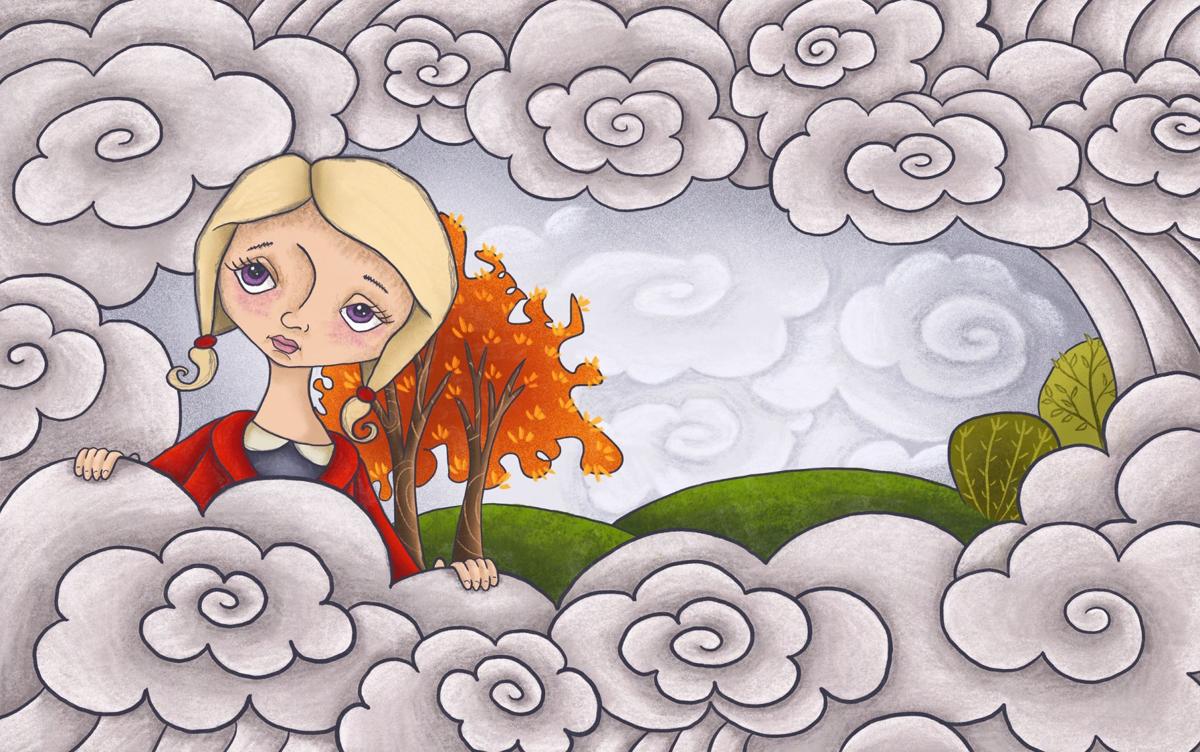 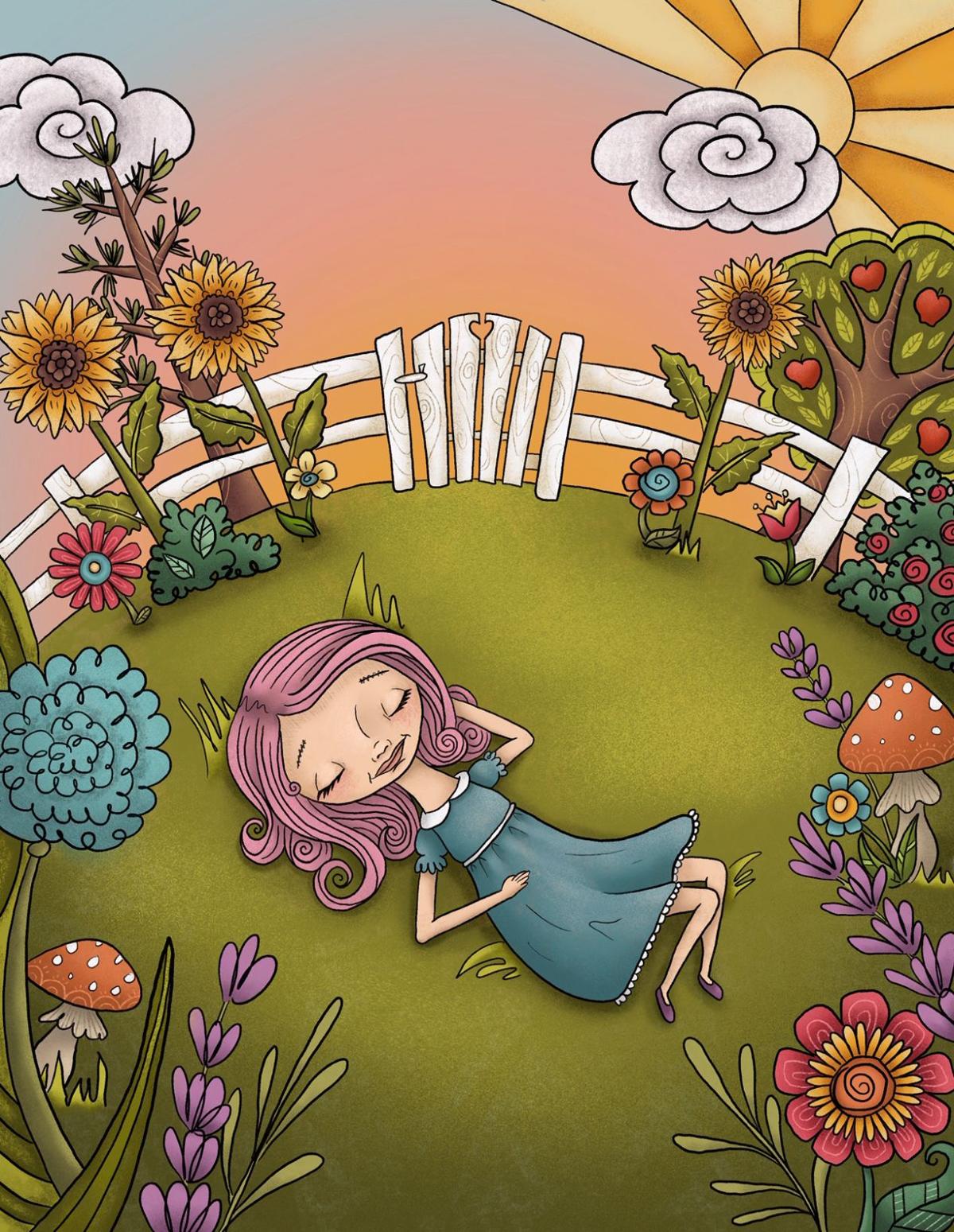 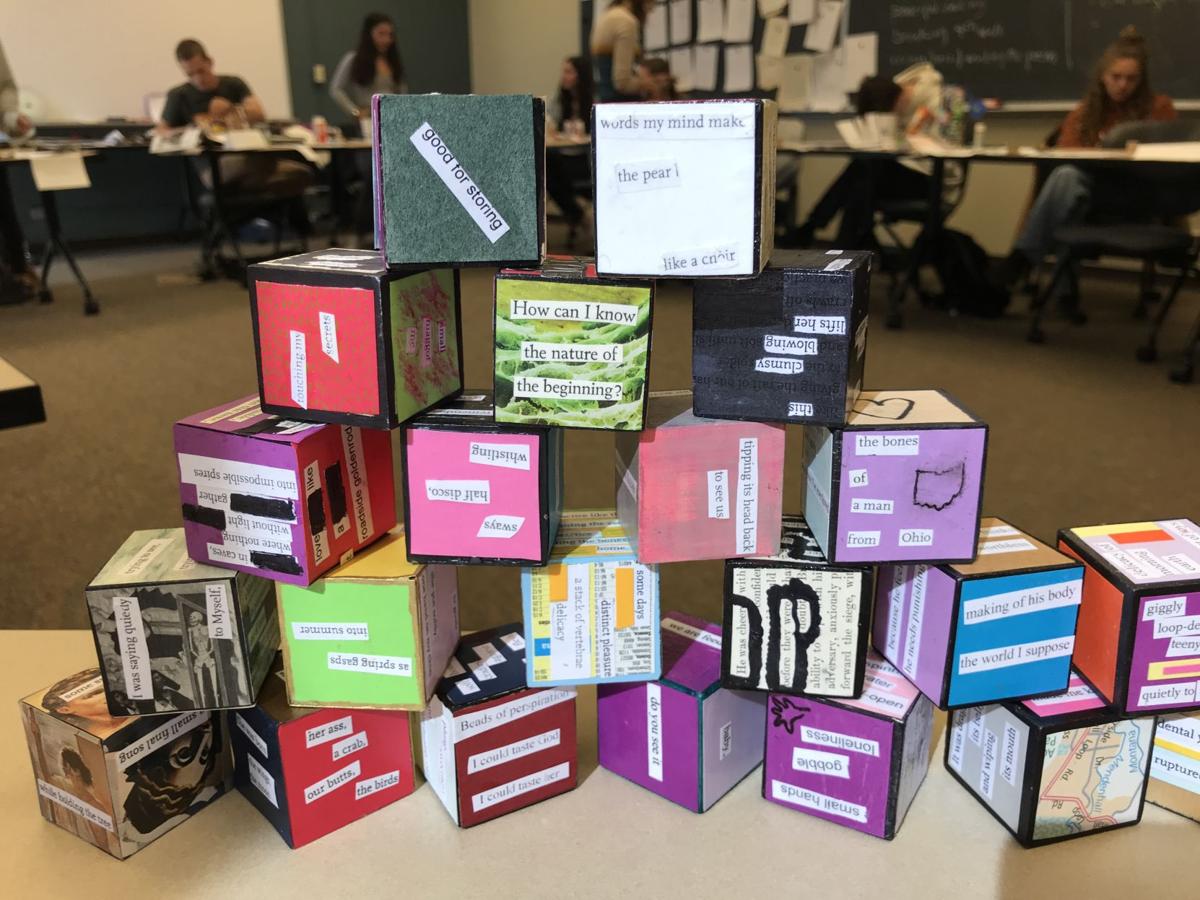 Converge Lecture Series has come up with a Converge Quarantine Box with creative exercises for all ages. 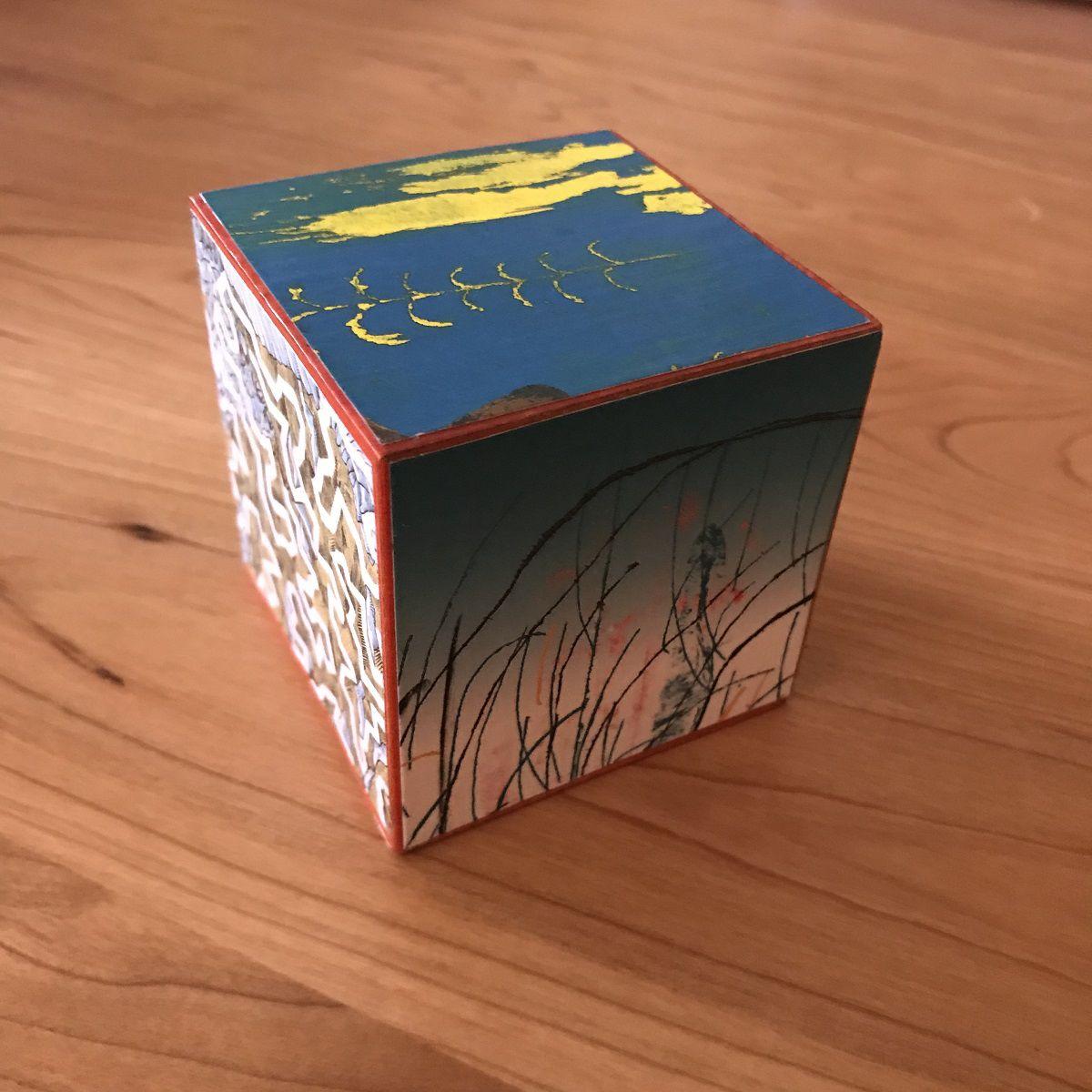 are available online at convergelectureseries.org. 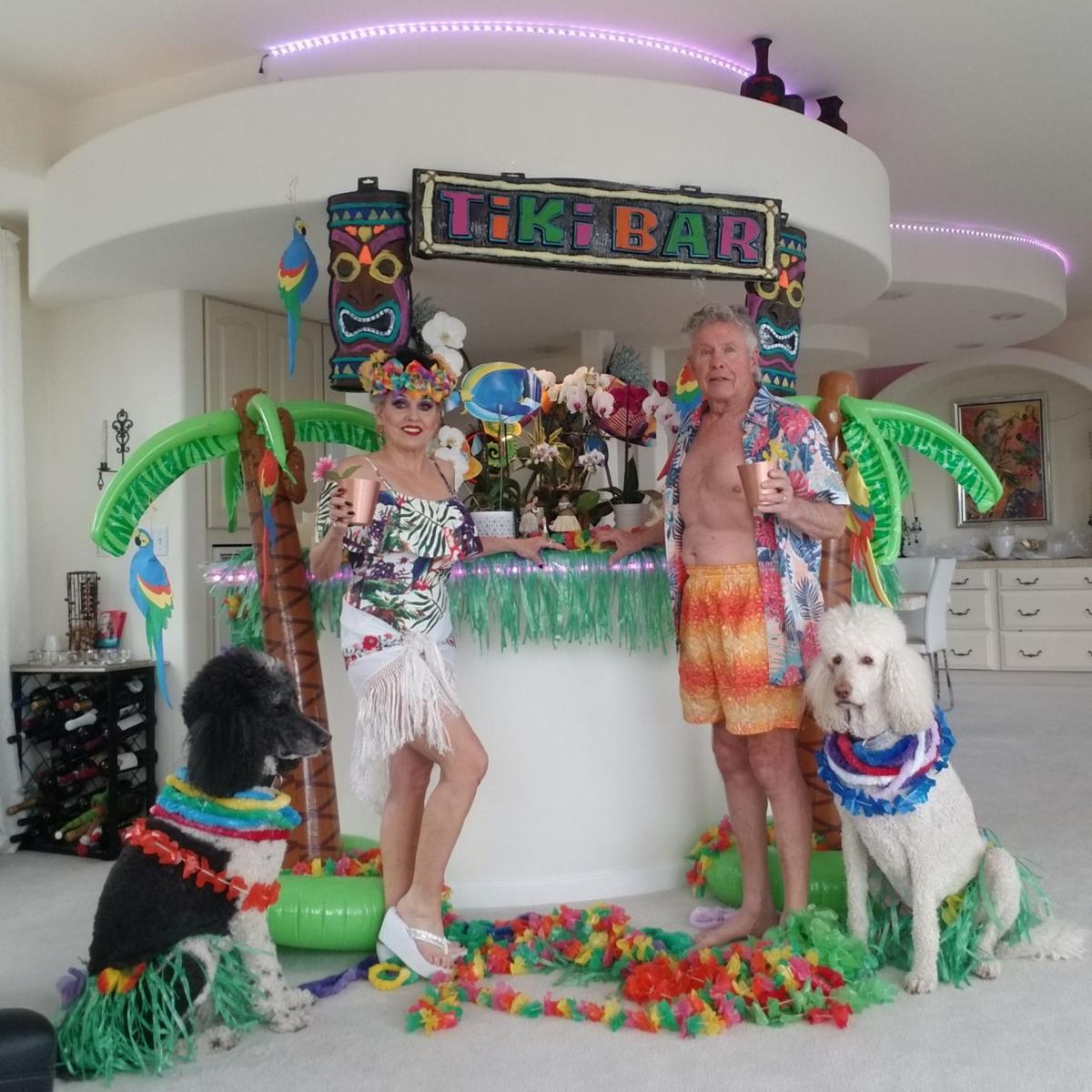 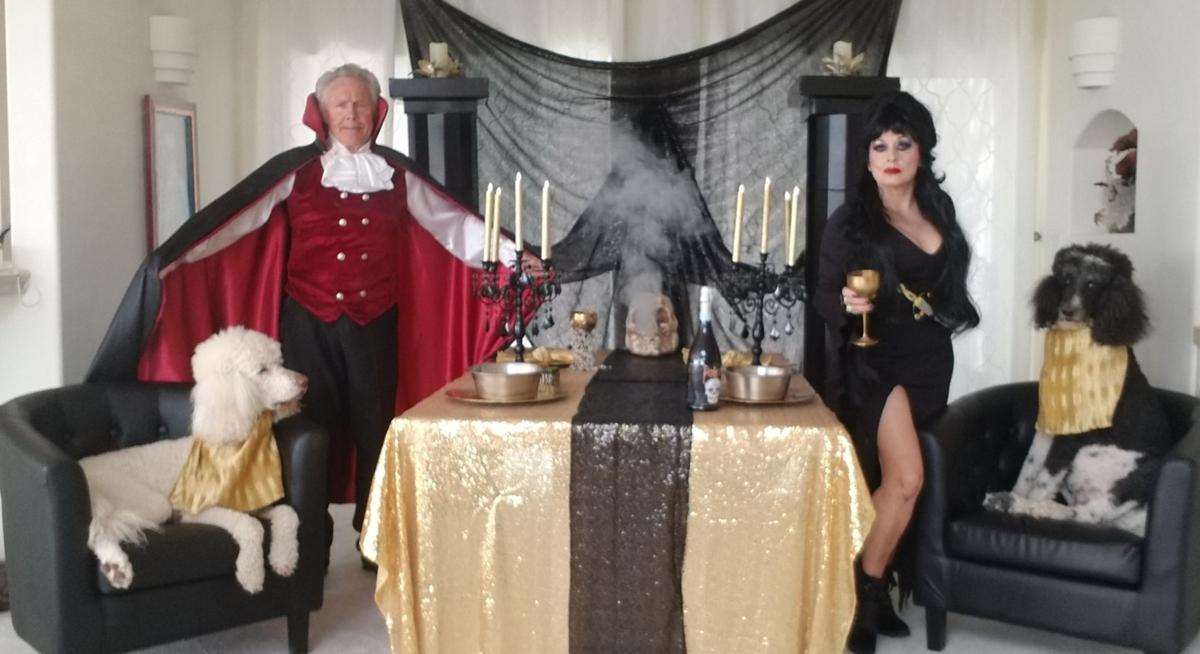 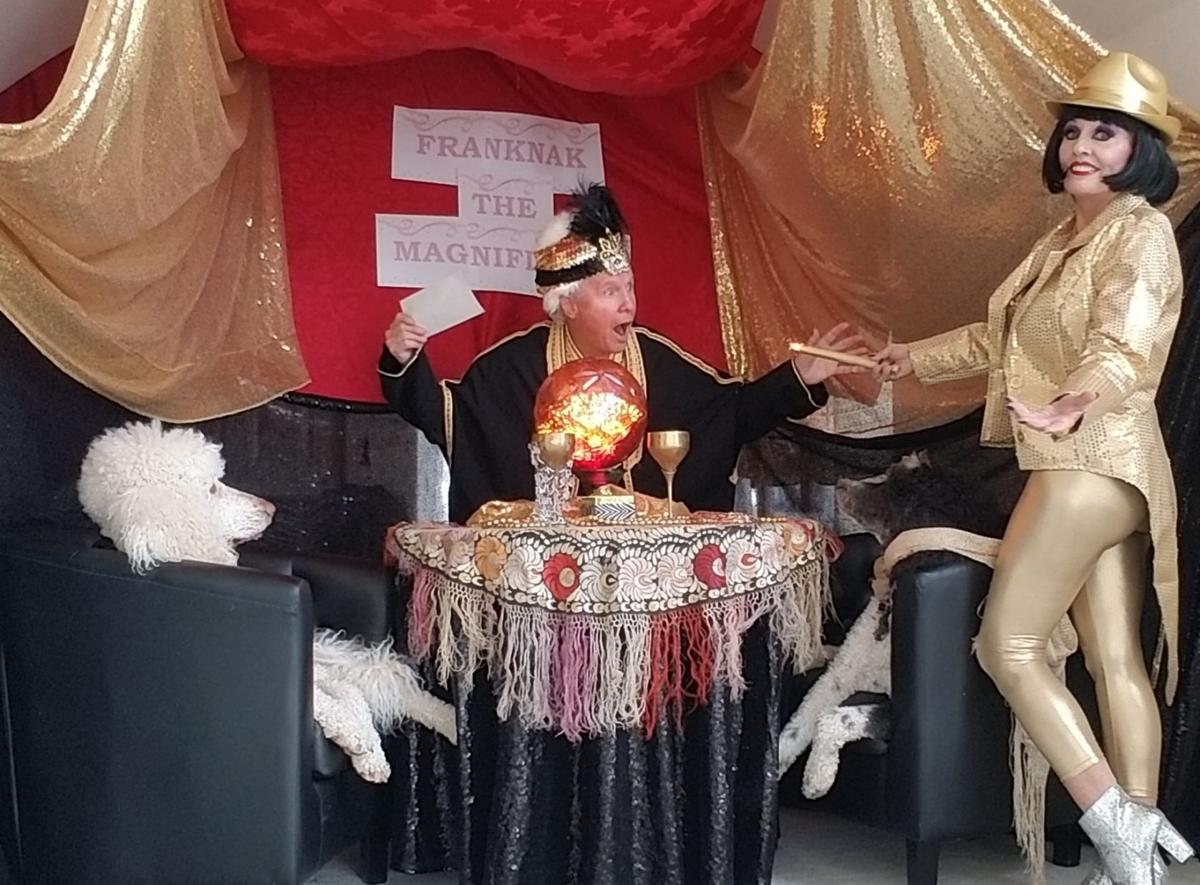 Frank and Carol Naylor and their two royal poodles, Cookie Dough and Mr. Moonshine, take a photo every and post it on Facebook. Courtesy Carol Naylor 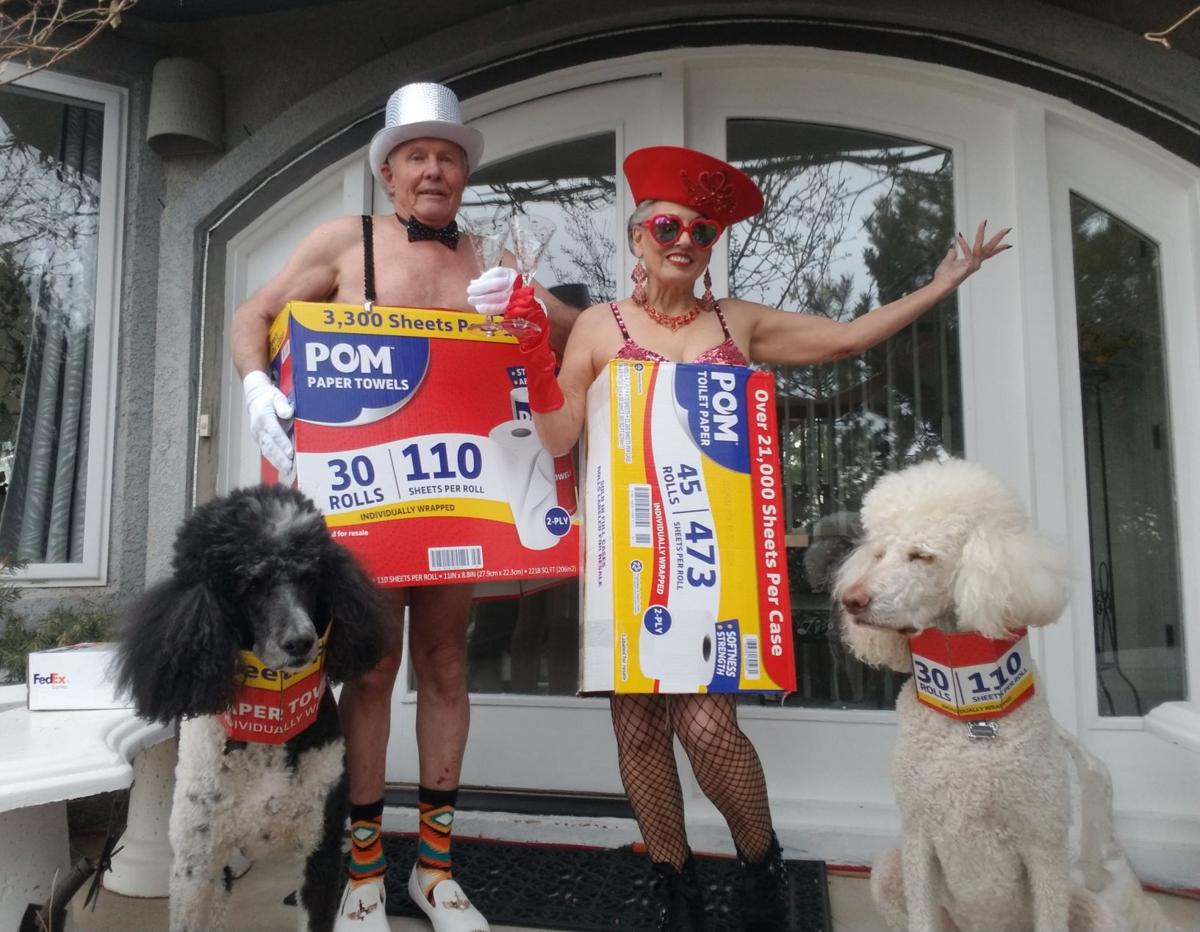 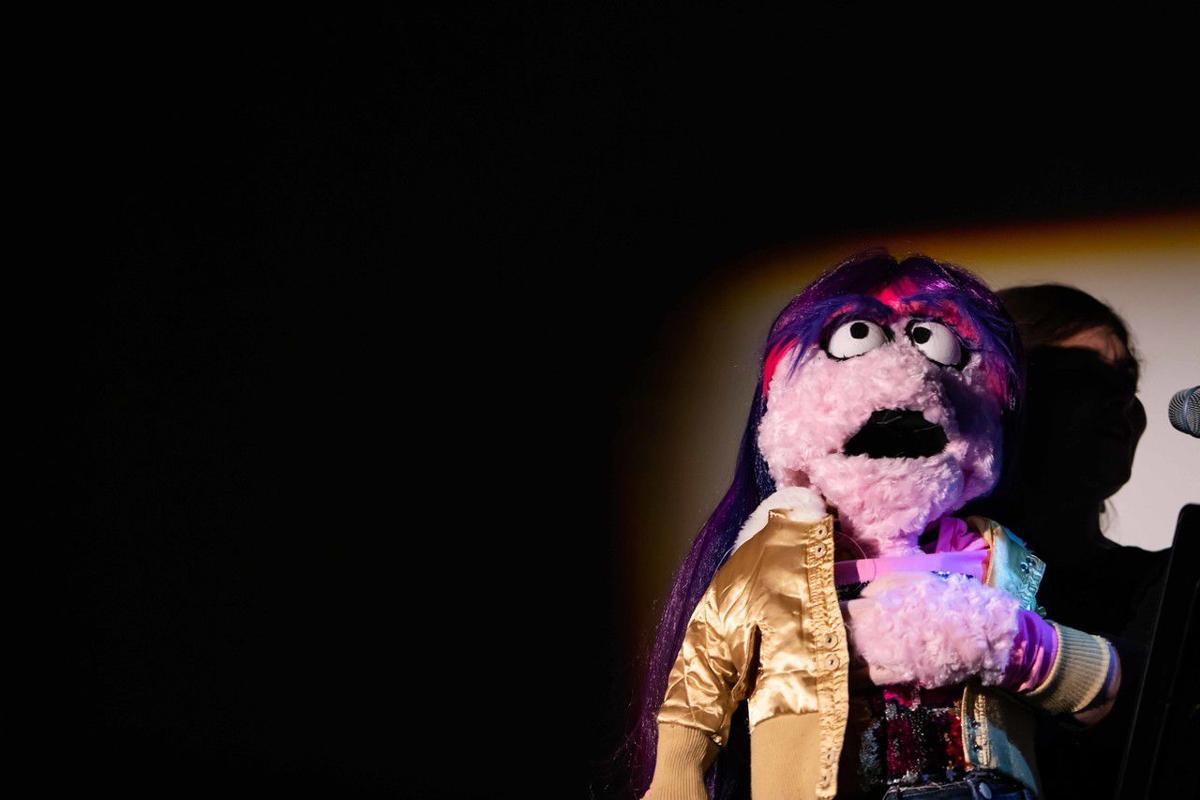 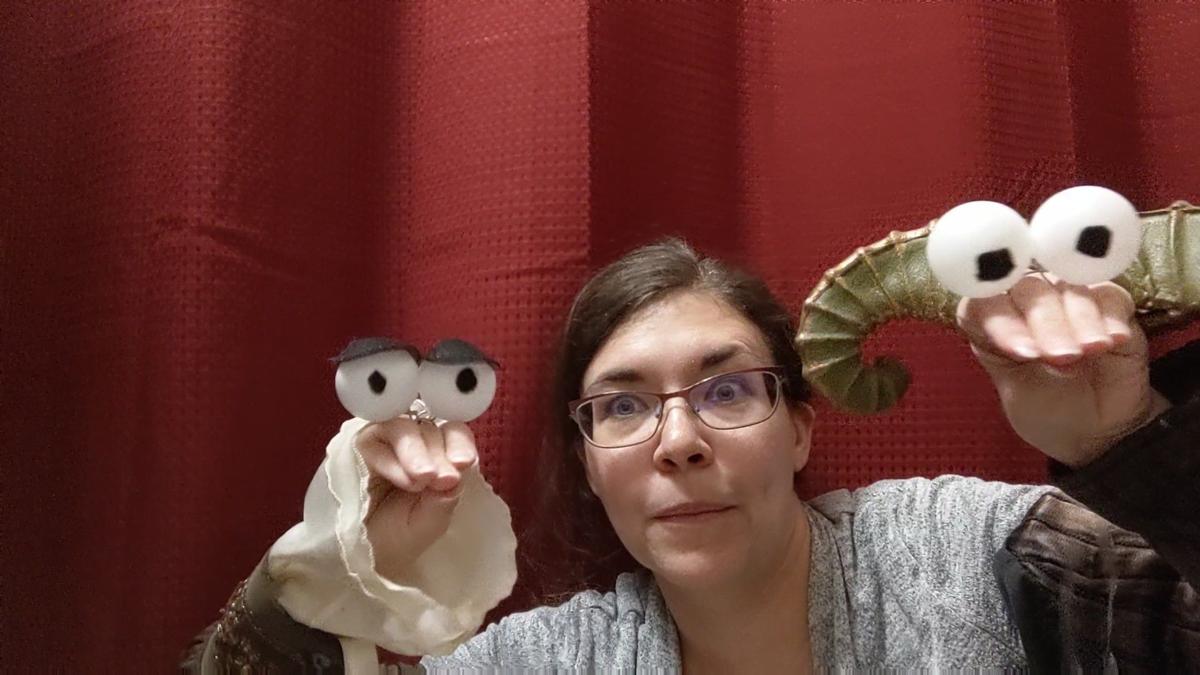 Puppeteer Cyndi Parr and some of her puppet creations. 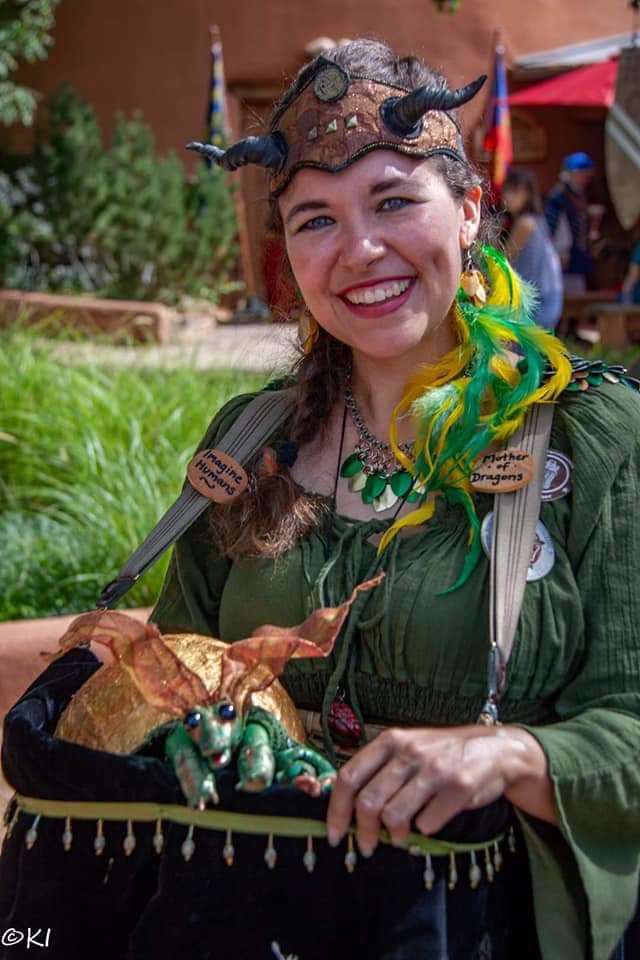 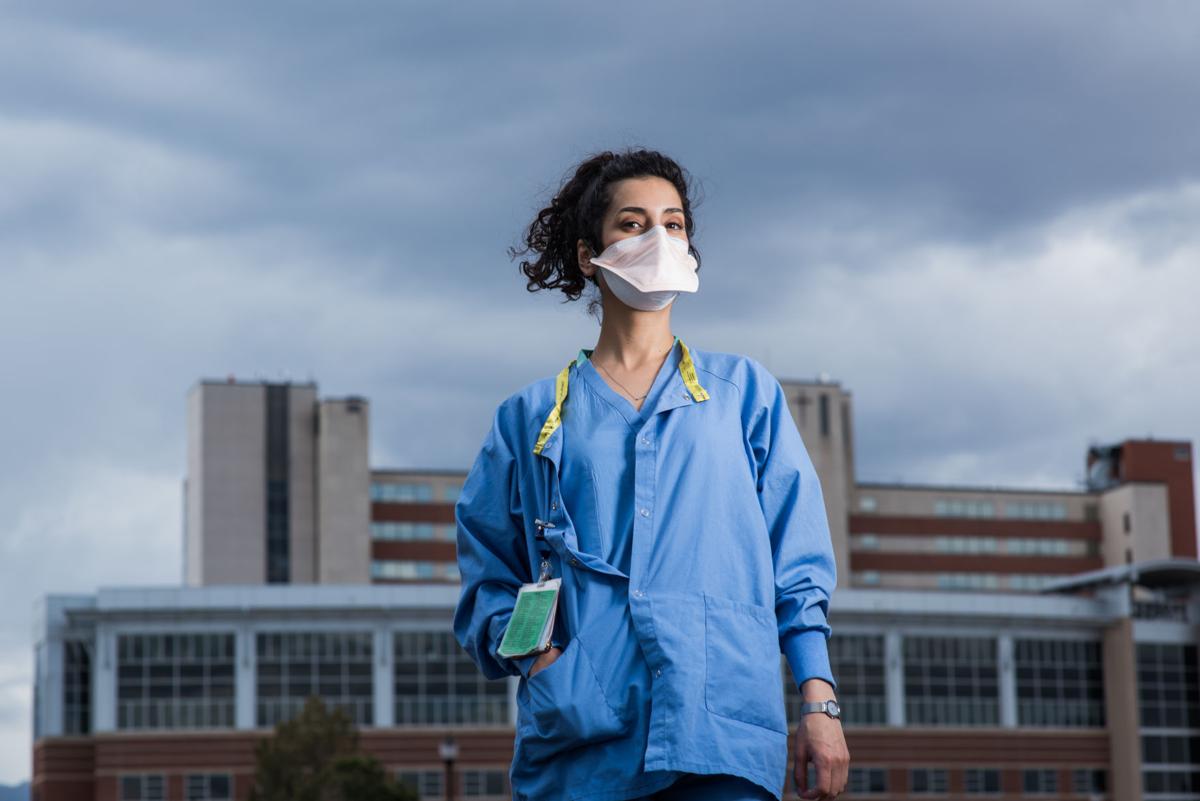 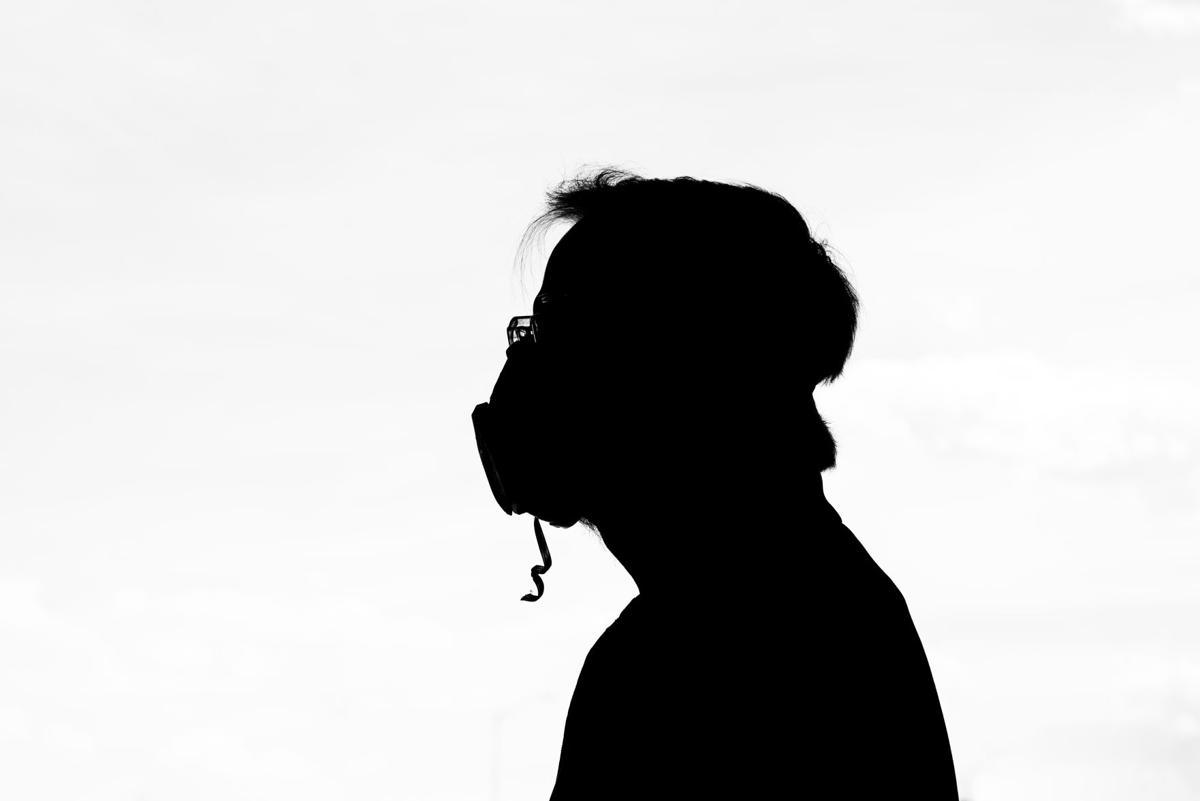 Converge Lecture Series has come up with a Converge Quarantine Box with creative exercises for all ages.

are available online at convergelectureseries.org.

Frank and Carol Naylor and their two royal poodles, Cookie Dough and Mr. Moonshine, take a photo every and post it on Facebook. Courtesy Carol Naylor

Puppeteer Cyndi Parr and some of her puppet creations.

Creatives aren’t resting on their laurels.

For some artistic types in the Pikes Peak region, the newfound time has spurred them back to abandoned creative projects. For others, it’s been about finding their groove with technology.

• When April Lavely-Robinson had to close the salon she ran out of the back of her house, she found herself with a lot of free time. About 18 months ago, she’d been inspired to write two children’s books, a first for her. She lost the momentum to finish, though, with a business to run and two small kids to raise. Now was an ideal time for the lifelong artist to complete some of her sketches for the books.

“The first week I felt ambitious, like I have so much time on my hands, I’m going to conquer the world,” Lavely-Robinson says. “The second week I got really depressed. There was so much uncertainty and isolation and feelings of failure about how to home-school kids when I’m not a teacher. The third week I said, ‘I got this, I’m going to conquer it.’”

Triumph she did. And now she’s in the process of querying agents. Though she hasn’t received a nibble yet, she remains optimistic that every rejection is a protection, as the saying goes.

• Meanwhile, over at the Naylors’ homestead, Carol and Frank, along with their pair of patient and obedient royal poodles, Cookie Dough and Mr. Moonshine, have taken to Facebook every day since March 21 to create elaborate costumed and themed photos. Among their dozens of photo sessions, the husband and wife have gone steampunk; dressed up as George and Martha Washington; transformed into “Raiders of the Lost Ark” and Elvira, Mistress of the Dark, and Count Frankula; and paid tribute to Johnny Carson.

“It’s all my frustrated artistic ability coming out,” says Carol, an artist who usually runs two weekly art classes from her home.

The staged photos were born out of missing the friends and art students who would rotate through their home, but all these weeks later, creating the online art has become a joyful spot in their day.

“This has not been a difficult period for us at all because of that,” says Carol, “because of the way we’ve been staying connected. We look forward to reading the posts. We reread them every night together and first thing in the morning.”

As for those well-behaved dogs, the Naylors hide their treat box somewhere in the props or by their phone, which they use as their photographer.

• Samuel Stephenson, founder of Converge Lecture Series, which has brought nationally known writers to town including George Saunders and Marie Howe, was forced to cancel National Book Award winner Jesmyn Ward’s April event due to the pandemic. In place of that, he, along with Jane Hilberry, a Colorado College professor of creativity and innovation, dreamed up Converge Quarantine Boxes.

“Through the last year we’ve all talked about loneliness and creativity and the ways creativity helps you not feel so lonely,” Stephenson says. “Converge is interested in doing things that create connection and break the loneliness.”

Boxes contain five days of activities designed to connect the user to themselves, their kids and somebody they love. They’re available online at convergelectureseries.org.

The Dixie Chicks are back, after 14 years, and some of us really need them

“That was when I decided to get out and capture weird stuff,” she says. “I’m so glad I did. Getting my brain to work that way again and think about other things was helpful.”

Her photos evolved from photojournalism into portraits of those who are helping the rest of us get through our days, such as grocery store clerks and bus drivers. They’re available online at stellarpropeller.photoshelter.com.

“I’m following the breadcrumbs to what is interesting, and to what stories I think should be told and remembered once we move past this,” she says.

• For puppeteer and Dragon Theatre Productions program director Cyndi Parr, art always has been her social life and how she connects with people. She’d been working on six shows when everything got canceled in March. She took a few days to process the change and then moved forward.

First up was an invitation to work with the “COVID-19 Theatre Response Team” statewide project. Parr donated four of her short scripts and found 17 Colorado Springs actors to star in livestreamed shows on Facebook.

She’s also used the time to sketch out a bunch of ideas, including one for The LA Guild of Puppetry’s “48hr Puppet Film Project.” Her story, told through puppets, is the tale of her 40-day self-isolation.

The projects keep coming and have kept her busier than she expected, she says.

“I’ve maintained the same level of creativity,” she says. “It was more restructuring how I do it. That was the challenge. The nice thing about the internet is you can create anything and find an audience for it. It’s almost been easier in a weird way. Finding venues has been a challenge in the past and getting people together because they’re so busy. Now people are on board to try things.”