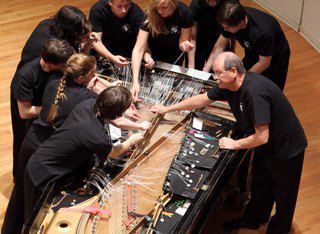 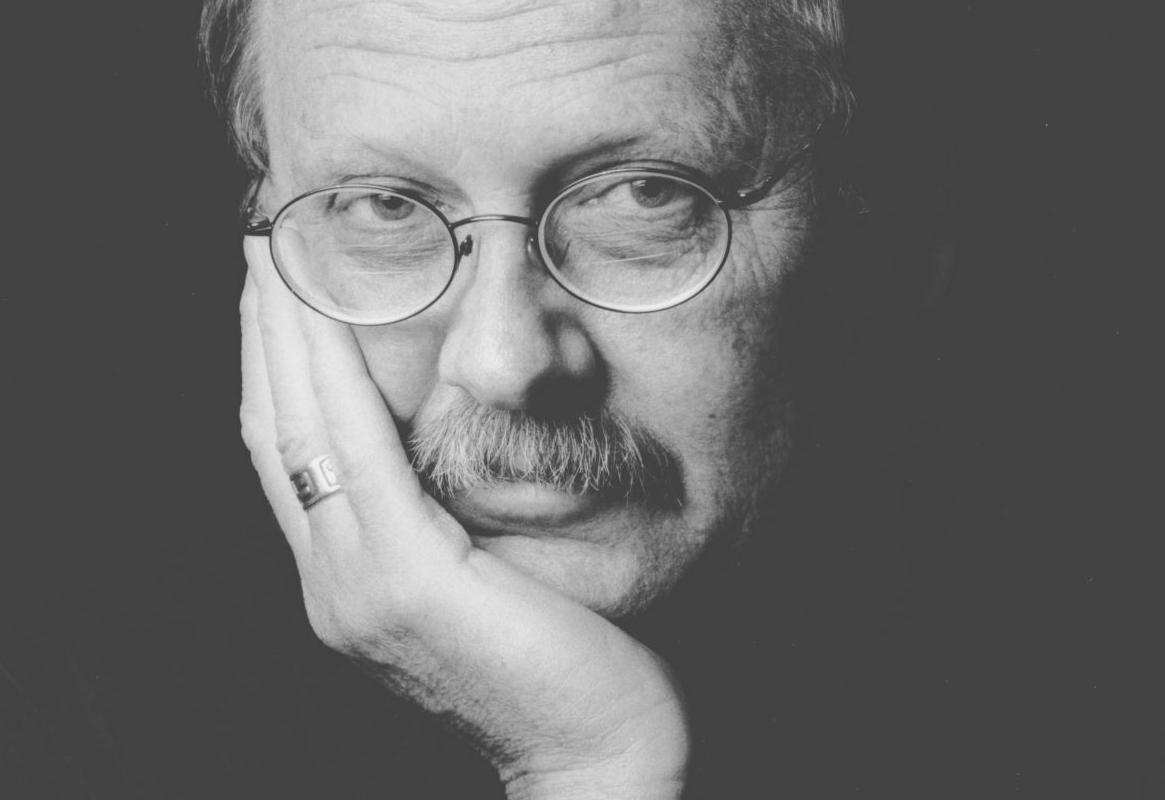 Composer and Colorado College Professor of Music Stephen Scott died March 10 of complications due to dementia. He retired from CC in 2014.

Composer and Colorado College Professor of Music Stephen Scott died March 10 of complications due to dementia. He retired from CC in 2014.

The composer and CC music professor was 76. He is survived by his wife, Victoria Hansen, son Ben, daughter Amy, and stepchildren Melissa and Richard Crompton.

A celebration of life will be held in Colorado Springs at a later date. Memorial donations can be made to the Association for Frontotemporal Degeneration (theaftd.org) or to Other Minds (OtherMinds.org), a new and experimental music organization.

"He was someone you wanted to hang out with and learn from his knowledge of music and exploring the world," said Ryan Bañagale, CC director of performing arts and associate professor of music, and former Bowed Piano Ensemble member. "He’s someone who valued experiencing everything around him and that rubs off on people in very good ways."

More on the life and career of Stephen Scott

After a hitch in the Army following high school in Corvallis, Ore., Scott graduated from University of Oregon with a bachelor's in music, followed by a master's in music composition from Brown University. He joined the CC faculty in 1969, and taught jazz, composition and electronic and experimental music.

In 1977, he began to experiment with making music on his unlikely canvas — the inside of a partially-deconstructed 9-foot grand piano — using scattered tools, such as piano hammers, nylon fishing line, guitar picks and tongue depressors to play the piano strings and other parts, such as the hinges. He composed music for the piano and auditioned CC students to join his 10-person carefully choreographed ensemble, which always included him. Through the decades, the group performed around the world, including the Canary Islands, Australia and Estonia, before Scott retired in 2014.

"He could be so creative and inspire others to be also," said Lynn Shelton Holladay, a former ensemble member who also worked as ensemble manager after graduating from CC. She's now general manager for Colorado Springs Philharmonic. "He was so open. If you wanted to hang out in the studio and try new things in the piano he definitely left a space for that and would possibly incorporate it into his composition."

The ensemble received attention from The New York Times, Life magazine and National Public Radio, released six CDs and performed on stage at the Sydney Opera House in Australia and at Lincoln Center for the Performing Arts in New York City.

It was over the innards of the bowed piano that Scott met Hansen, a soprano who came into the CC music department as a principal instructor of voice and eventually toured with the ensemble. He arranged a piece for her and the bowed piano, Vocalise on "In a Silent Way," a song written by Joe Zawinul and made famous by Miles Davis. The ensemble premiered it at the Colorado Springs Pioneers Museum in 2001. The two were married in 2004.

"He was a fabulous conversationalist," she said. "I only got a little part of his life, but what he brought to me was a depth of experience in world travel and in curiosity. He was always interested and exploring, like sound, but also various parts of the world."