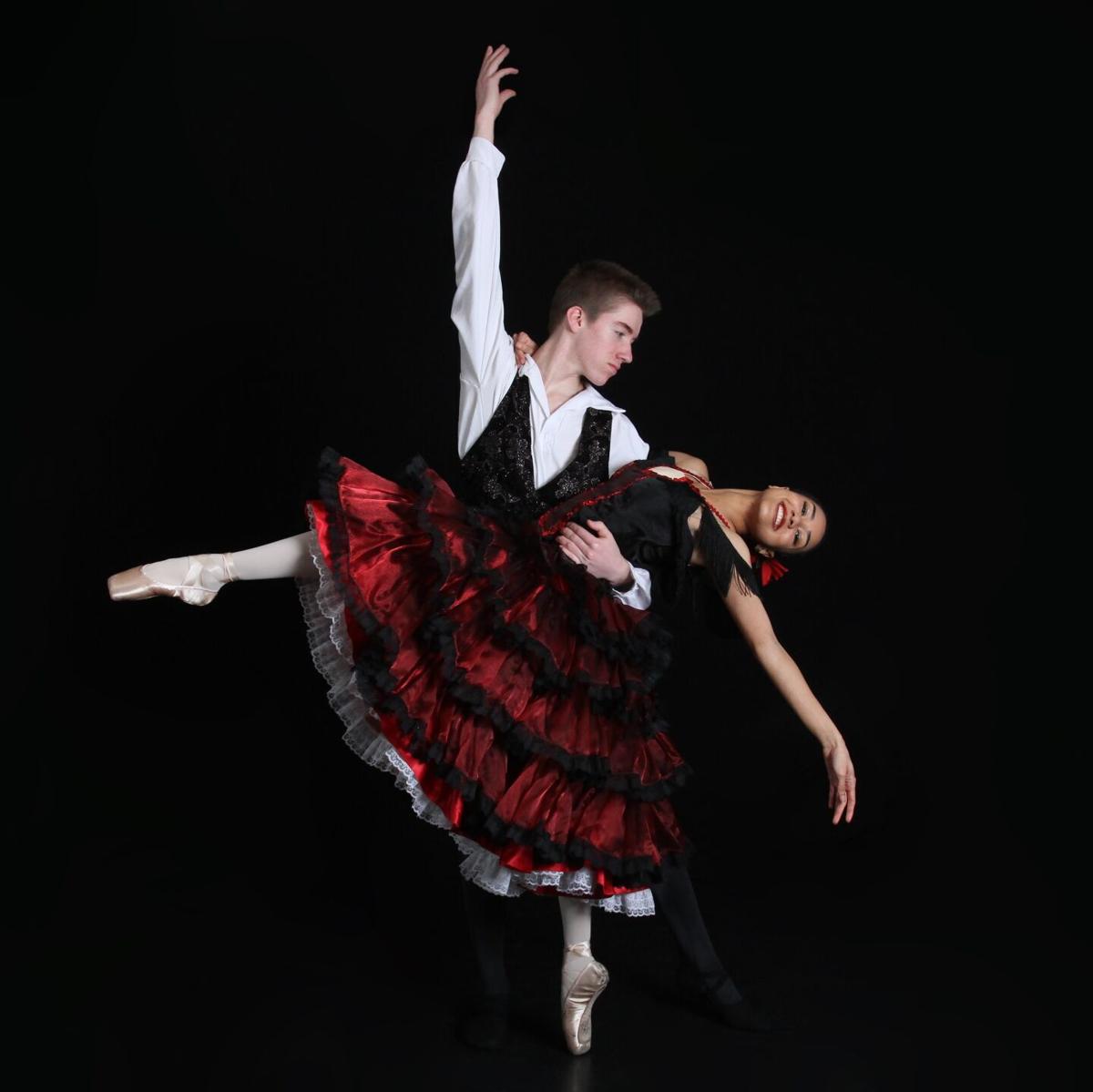 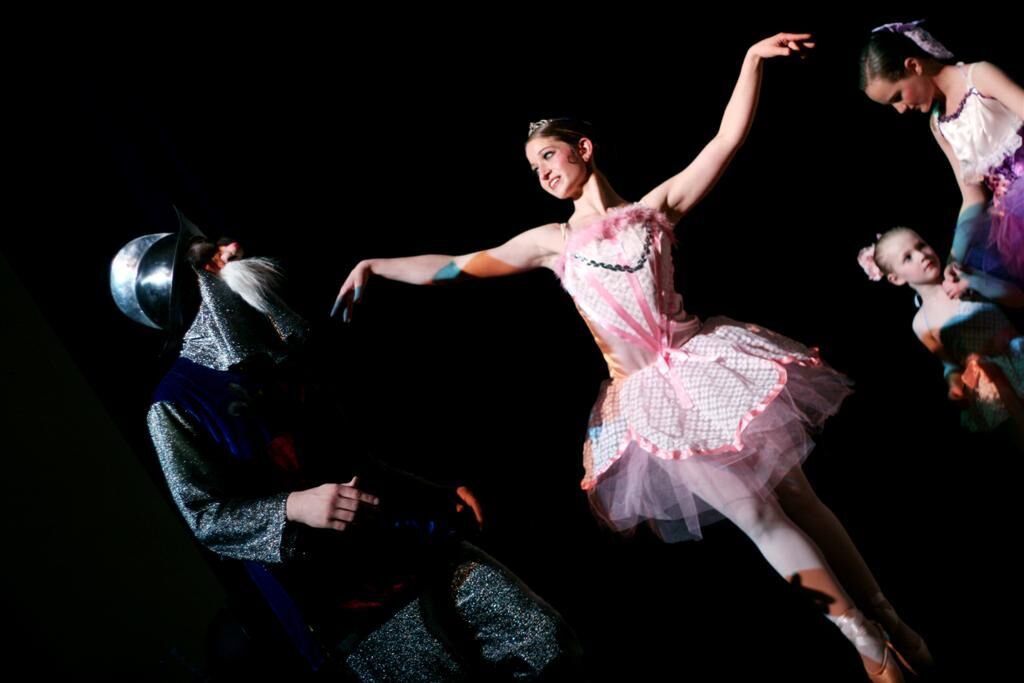 Rachael’s School of Dance will perform the comedic ballet “Don Quixote” on Saturday at Ent Center for the Arts.

Rachael’s School of Dance will perform the comedic ballet “Don Quixote” on Saturday at Ent Center for the Arts.

A night at the ballet doesn’t tend to produce gales of laughter.

But hark, “Don Quixote,” the three-act ballet based on Miguel de Cervantes’ famous novel, “Don Quixote de la Mancha,” might be the exception to the rule.

“I love it. It’s so different from so many other ballets,” says Analeah Buckley, 18, who’s playing Kitri, a lead role and the love interest in Rachael’s School of Dance’s upcoming production. “Ballets are usually pretty serious and in the drama category, but every once in awhile there’s a comedic ballet like ‘Don Quixote.’ Those are so much fun to do.”

The company will perform the show Saturday at Ent Center for the Arts.

6 things to do around Colorado Springs this weekend: Restaurant Week, Herb Fest and more

In “Don Quixote,” Kitri, an innkeeper’s daughter, is in love with Basilio, a barber, but her father doesn’t want her to marry a poor man. He wants to hand her off to Gamache, a rich nobleman.

When Quixote and his sidekick, Sancho Panza, wander into town, Quixote sees Kitri and wonders if she is his beloved Dulcinea, the woman he’s been searching for his whole life. Drama ensues, which includes a faked death, until a wedding is finally celebrated. But who gets married? No spoilers here, unless you’ve read the novel, of course.

It’s director Rachael Aragon’s favorite ballet, which is why the company mounts the production every four to six years; this is her fourth time doing the show. And while “Swan Lake” is the prettiest ballet, she says, “Don Quixote” is the most exciting with all of its jumps and turns and comedy.

“There’s lot of acting — it’s hilarious,” says Aragon, the school’s founder. “There are a lot of colorful characters. It keeps people on their toes. It takes place in Barcelona, Spain, and the whole ballet has a wonderful Spanish flair to it. Everything is sharp, big jumps, fast turns.”

And what might be even better is the way this particular ballet keeps her young male dancers interested and motivated, which can be a task in any environment. But through the years, Aragon has found the ideal combination.

“If you put fun stuff in, they’ll enjoy it,” she says. “They learn how fun it is to partner up with girls and lift them, and gets their attention that way.”

“They like being toreadors. They get to swish capes around,” Aragon says. “The boys get to do sword fighting. It’s nonstop fun, laughing and exciting dancing. No dull stuff in there.”

Doing lifts in ballet could be nerve-wracking for the one being lifted into the air, but Buckley doesn’t seem easily flustered. She attributes it to her cheerleading days at CIVA Charter High School, and also selecting lifts she and her partners feel comfortable doing.

“It’s fun to try new lifts and lifts that make the audience’s hearts drop,” Buckley says. “I have never been super nervous about lifts because my partners have been really good and I trust them completely.”

That brings up another aspect of ballet Aragon adores: It keeps chivalry alive. Through the years, chivalry has been lost, she says, because there’s a stigma to dancing, that it’s not as challenging as playing football, for instance. But when football players come to classes, maybe because they’re a dancer’s boyfriend, they quickly learn otherwise.

“You not only have to lift girls and hold them and do fantastic things with your body, but you have to have flexibility,” she says.

“You can’t grunt like when you’re lifting weights. You have to make it look easy. They have to compliment the lady and treat her like a lady. Partnering in dance is a beautiful thing. It’s almost like it’s meant to be in life — you have to learn to communicate with partners and work well together and match each others’ lines to have the most beautiful life possible.”

The cast of 63 ranges from three 2-year-old dancers to Aragon’s 68-year-old mother, a dancer who has a role in her daughter’s productions. Aragon, a classically trained dancer, also usually includes herself in the cast. This time she’s one of the gypsy women.

“One of my directors danced on Broadway with Jerome Robbins,” Aragon says. “She was in her 80s when she was instructing me. Her calves were rock solid. If you don’t give it up, you’ll be able to keep doing a lot of things. I can do everything my students do, but I’m a little more careful now because I’m a little older.”

What: "Don Quixote" by Rachael's School of Dance