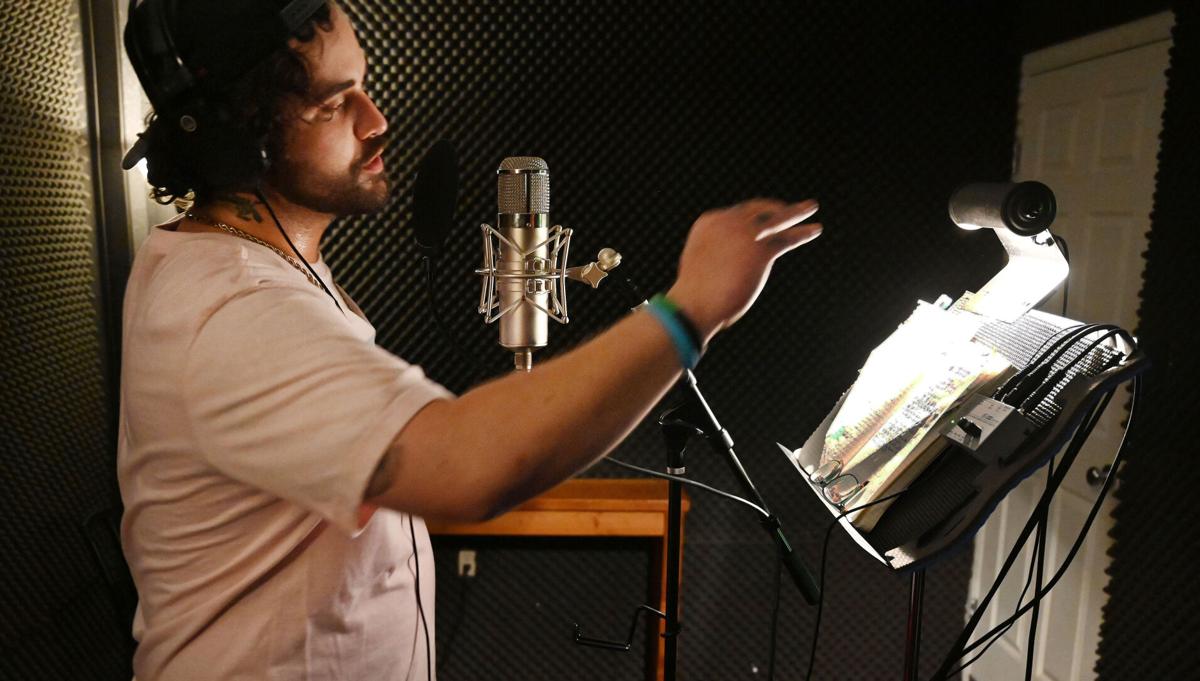 Hip-hop artist Dylan Stokes records some of his music at Apollo Sound Recording. 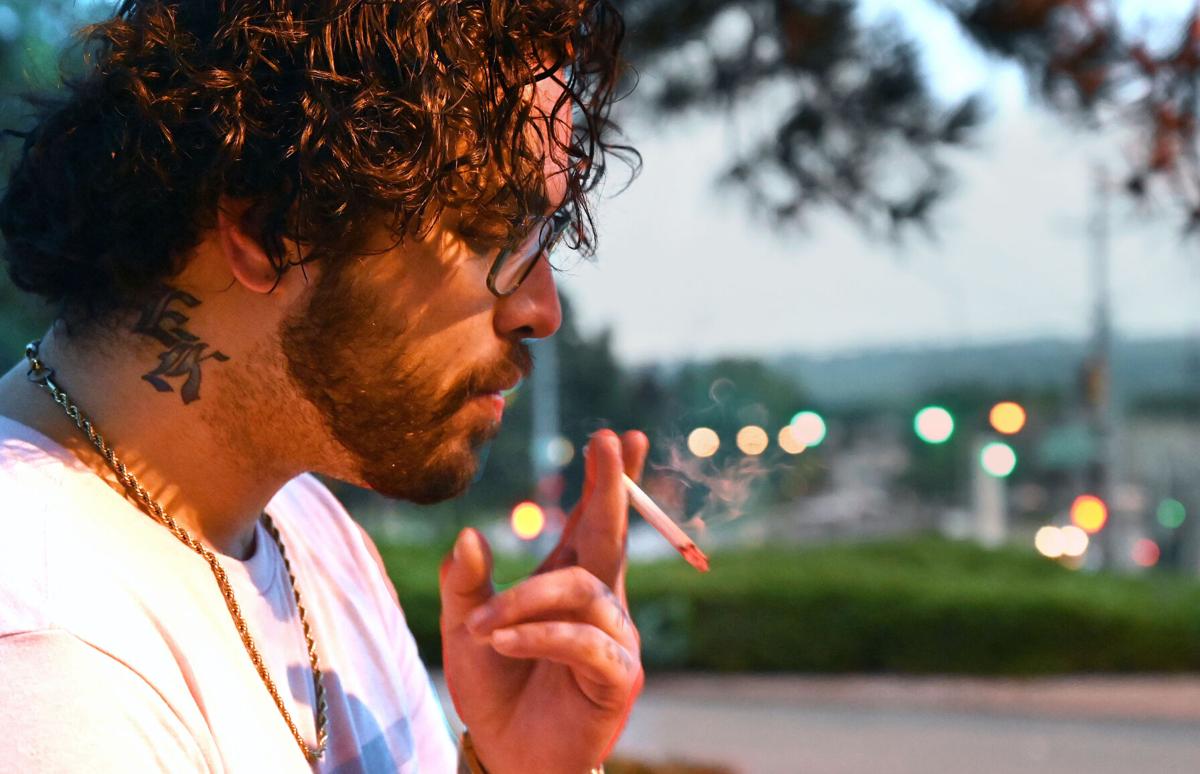 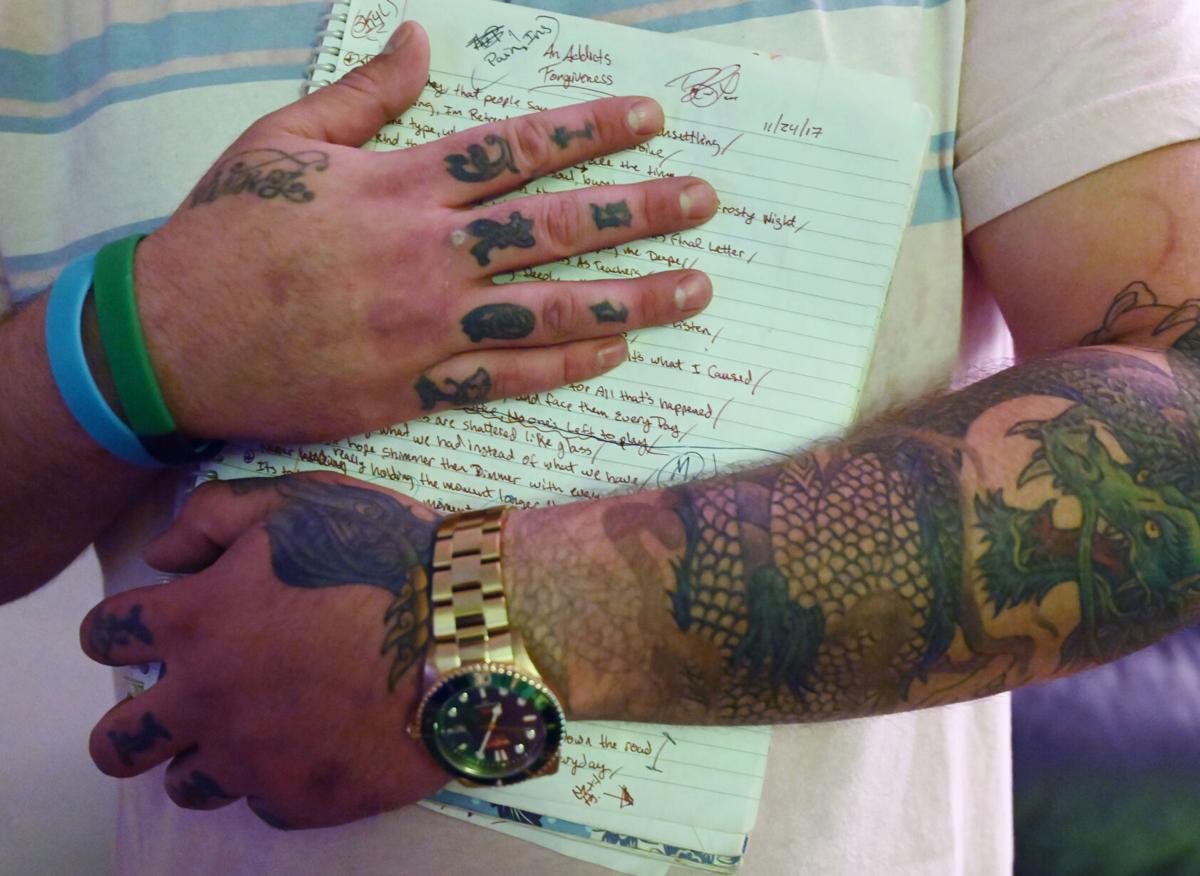 Dylan Stokes holds one of the many notebooks where he writes his words. 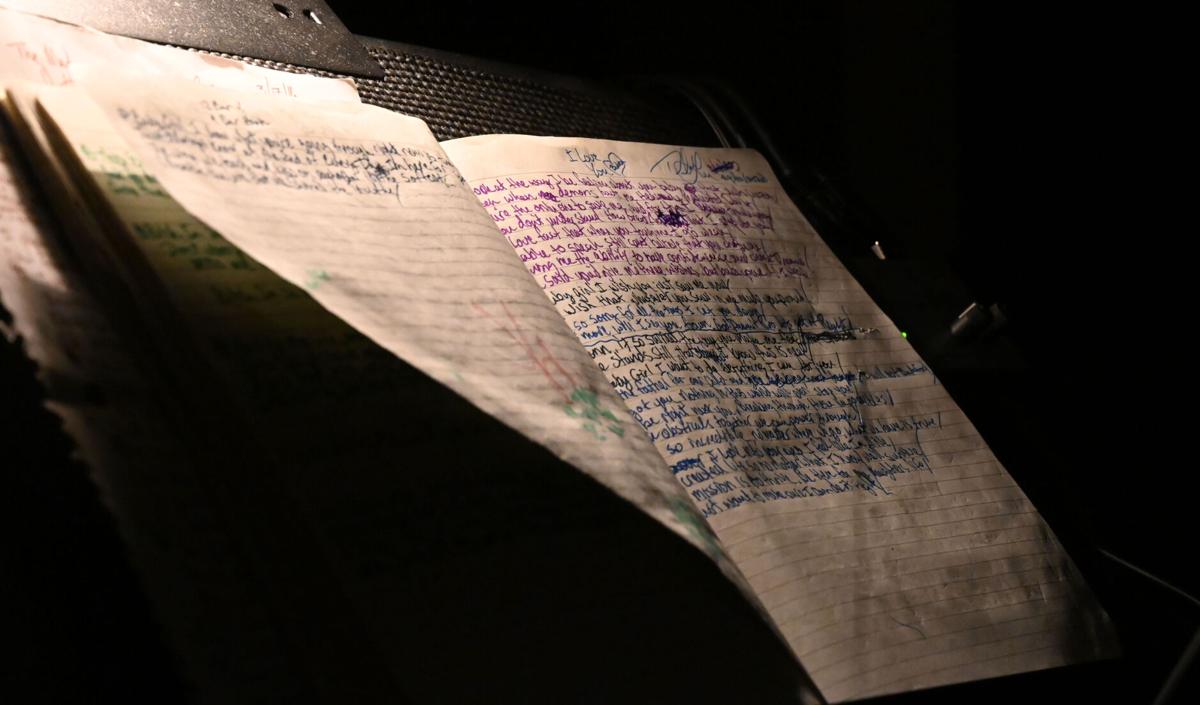 Dylan Stokes started writing music while doing prison time. He records some of his music at Apollo Sound Recording on Thursday, Sept. 10, 2020. (Photo by Jerilee Bennett, The Gazette) 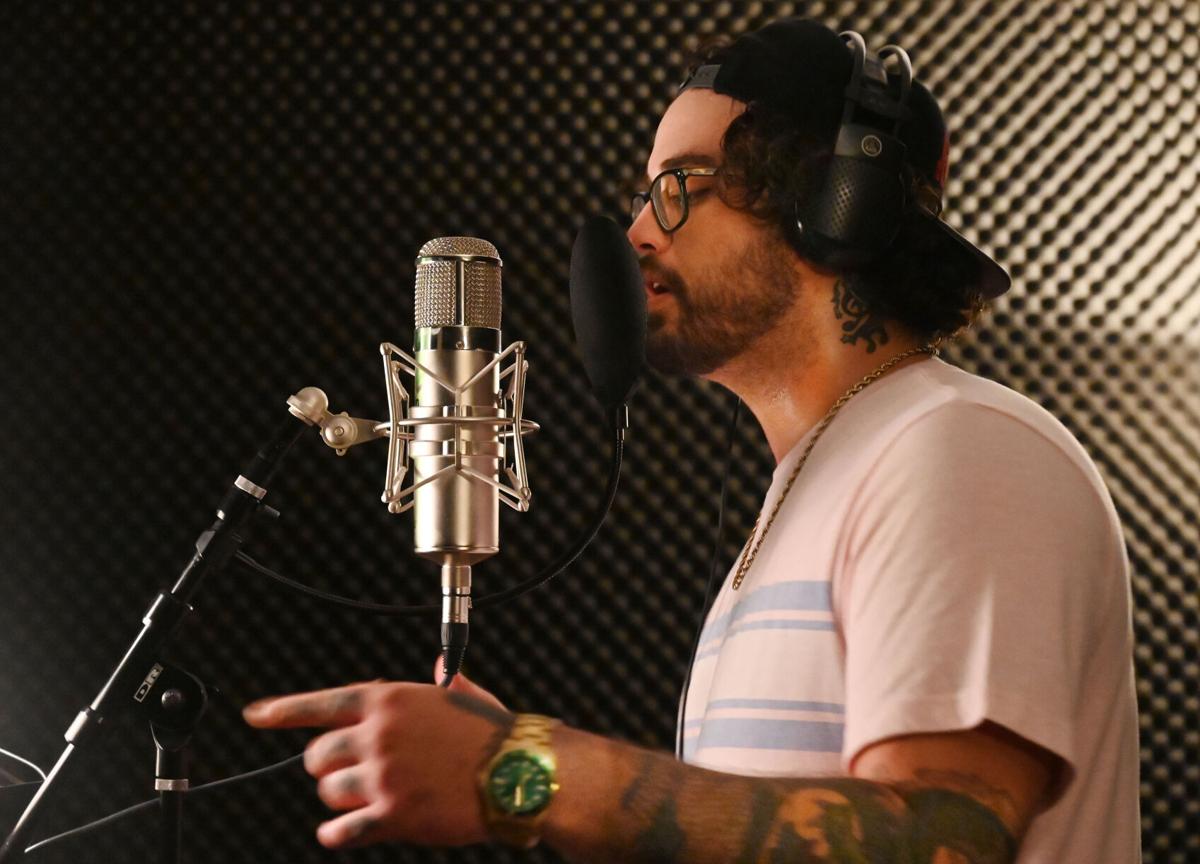 Dylan Stokes records some of his music at Apollo Sound Recording on Thursday, Sept. 10, 2020. (Photo by Jerilee Bennett, The Gazette)

Hip-hop artist Dylan Stokes records some of his music at Apollo Sound Recording.

Dylan Stokes holds one of the many notebooks where he writes his words.

Dylan Stokes started writing music while doing prison time. He records some of his music at Apollo Sound Recording on Thursday, Sept. 10, 2020. (Photo by Jerilee Bennett, The Gazette)

Dylan Stokes records some of his music at Apollo Sound Recording on Thursday, Sept. 10, 2020. (Photo by Jerilee Bennett, The Gazette)

One of Dylan Stokes’ first songs came to him in a prison cell. He watched the people around him existing, some with far longer sentences than his six years.

He opened his notebook and wrote a tune called “Watch Paint Dry.” That’s what he felt they were all doing there.

Stokes had never been much of a writer or artist before, but he turned to making art during his sentence. Every day he filled journals with rhymes and poems, songs and random thoughts.

When he was mad, the pages were a place to vent. When he wanted to forget, that was another reason to put pen to paper.

When he got out in 2015 as a 24-year-old, he kept writing. He didn’t know how to build the beats of a song, so he taught himself how on YouTube. He came up with a stage name: Empirical Knowledge.

“It means the art of learning by doing,” he said. “My music is my therapy. It helps me with the struggles I’ve been through.”

Within a year of his release, Empirical Knowledge played his first show.

“I had never tried it before in my life,” he said. “I didn’t have stage fright or anything. Now that’s all I want to do.”

He got the attention of Robert Houston II, the Colorado Springs hip-hop artist who goes by Black Pegasus. Houston gave the young musician a shot, putting him on lineups around town. Stokes has since been hungry to get his music in front of as many people as possible.

But that high level of exposure is hard to come by, especially while Stokes is juggling a day job as a chef at Garden of the Gods Market and Cafe. At night, he often finds himself at the recording studio or writing new songs.

“My life is in these pages,” Stokes says of his notebooks.

Stokes doesn’t want to just to fill pages. He wants to fill music venues, which has been impossible lately.

That’s where Houston comes in. His passion is getting local musicians on stage so they can tell their stories.

A longtime rapper, he has focused more on promoting shows over the last decade. Recently, he’s been determined to put on shows amid the coronavirus pandemic for the sole purpose of giving up-and-coming Colorado Springs artists a platform.

“It’s important for me to let these kids perform their music,” Houston said. “There’s nothing like that stage-time for them and getting to connect with people.”

So far he’s held two shows at Sunshine Studios called Rappers Against Rona. A third is planned for this weekend.

The name of the showcase is a bit of a statement.

“We wanted to show you’re able to stand up and do live music safely during this hard time,” Houston said. “We’re making a stance that music will come back.”

They keep the audience to under 50 people, allowing room for social distancing. And the audience is seated at least 12 feet from the stage. They disinfect microphones between sets. Masks are required.

“It’s really sad to see what is happening to the music industry,” Houston said. “Anything I can do to keep the scene alive, even if it’s little and gradual, I’m going to try it.”

The shows serve another purpose. Houston wanted to experiment with livestreaming, in case public gatherings like live shows are shut down again.

“Music gets through people hard times,” he said. “That’s what is going to give people their sanity and keep them going.”

That’s what keeps Stokes going. He’s written 30 new songs since the coronavirus pandemic started. And he just wants people to hear them.

While he might not be playing for as big of a crowd as usual, Stokes is thankful for each person who listens to his songs and his story.

Houston just wants to offer a stage for those stories. And some hope that, soon, the venue will be full of people again.

“We will beat the rona, eventually,” he said, referring to the coronavirus. “We will beat it, and this is that little glimpse of light.”

What: Rappers Against Rona

Price: Tickets, which cost $12, are available at sunshinestudioslive.com

Something else: The concert will be streaming online at facebook.com/BlackPegasusRaps