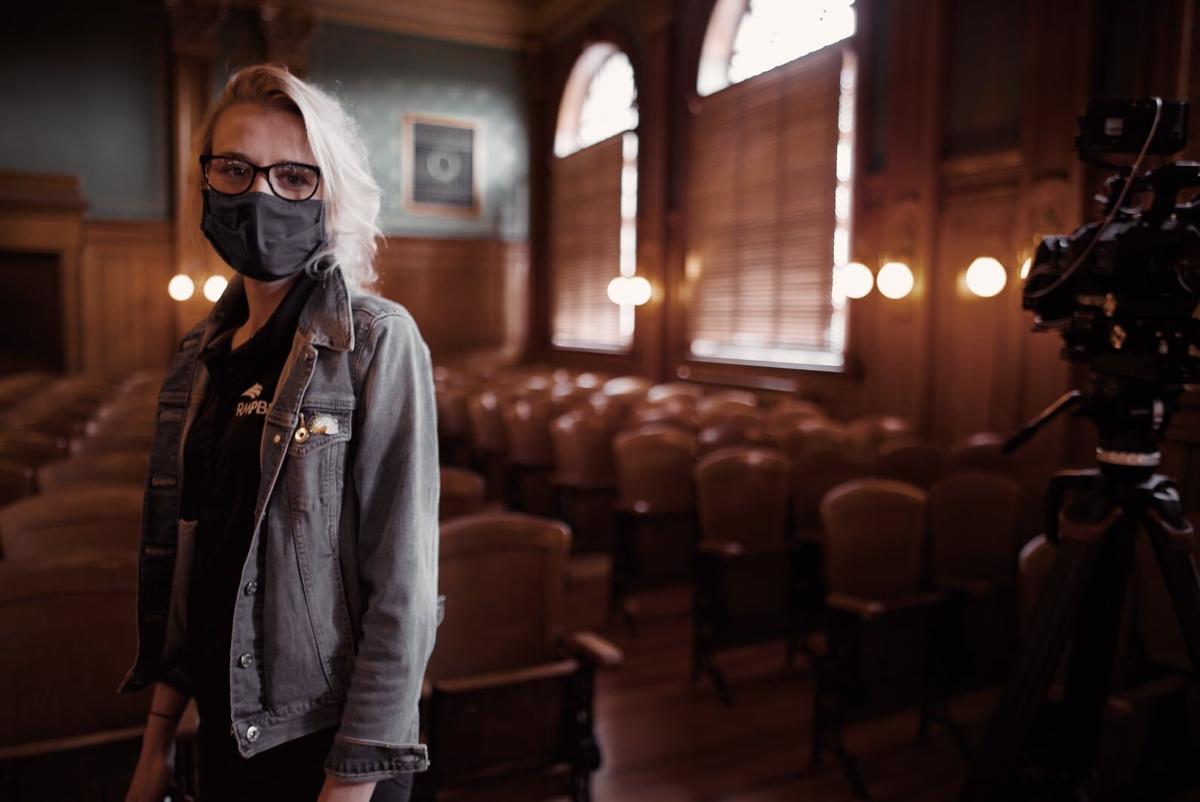 Kate Perdoni is the creator of a half-hour documentary called “Lost and Preserved in Colorado Springs.” It premieres Thursday. 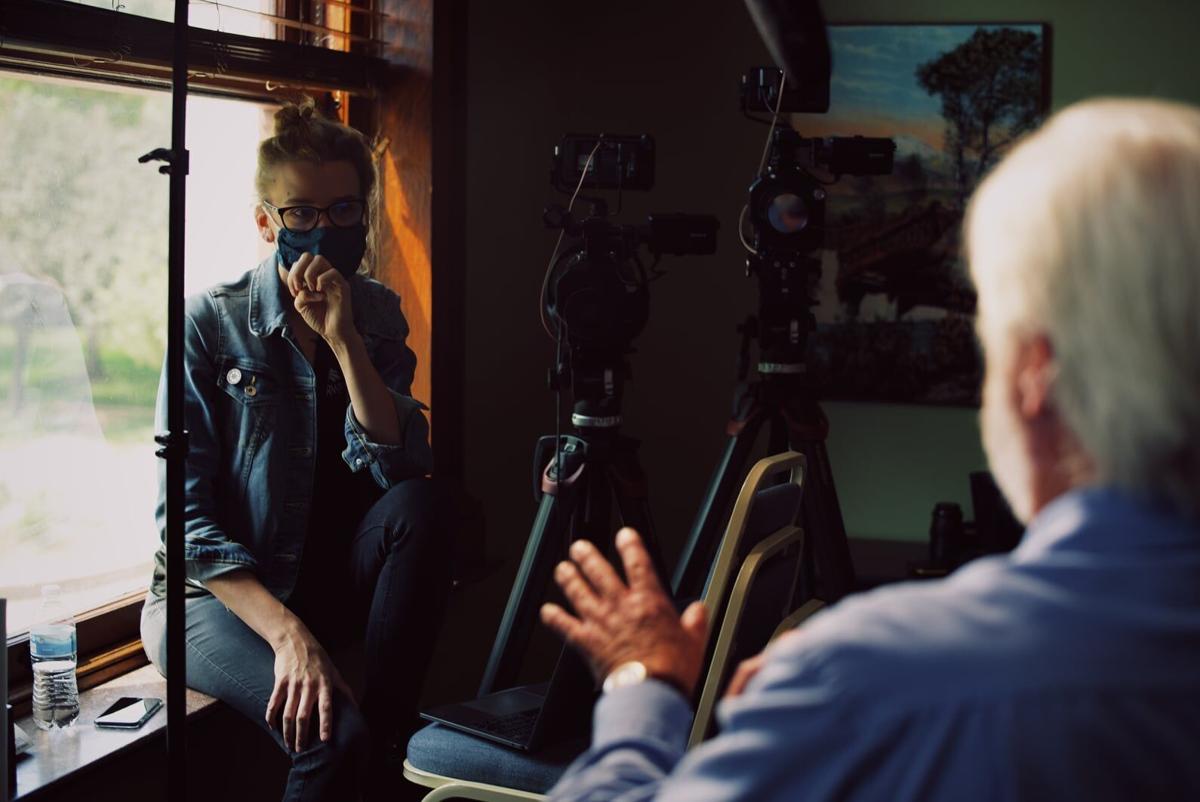 Rocky Mountain PBS journalist and filmmaker Kate Perdoni is behind the new documentary, “Lost and Preserved in Colorado Springs.” 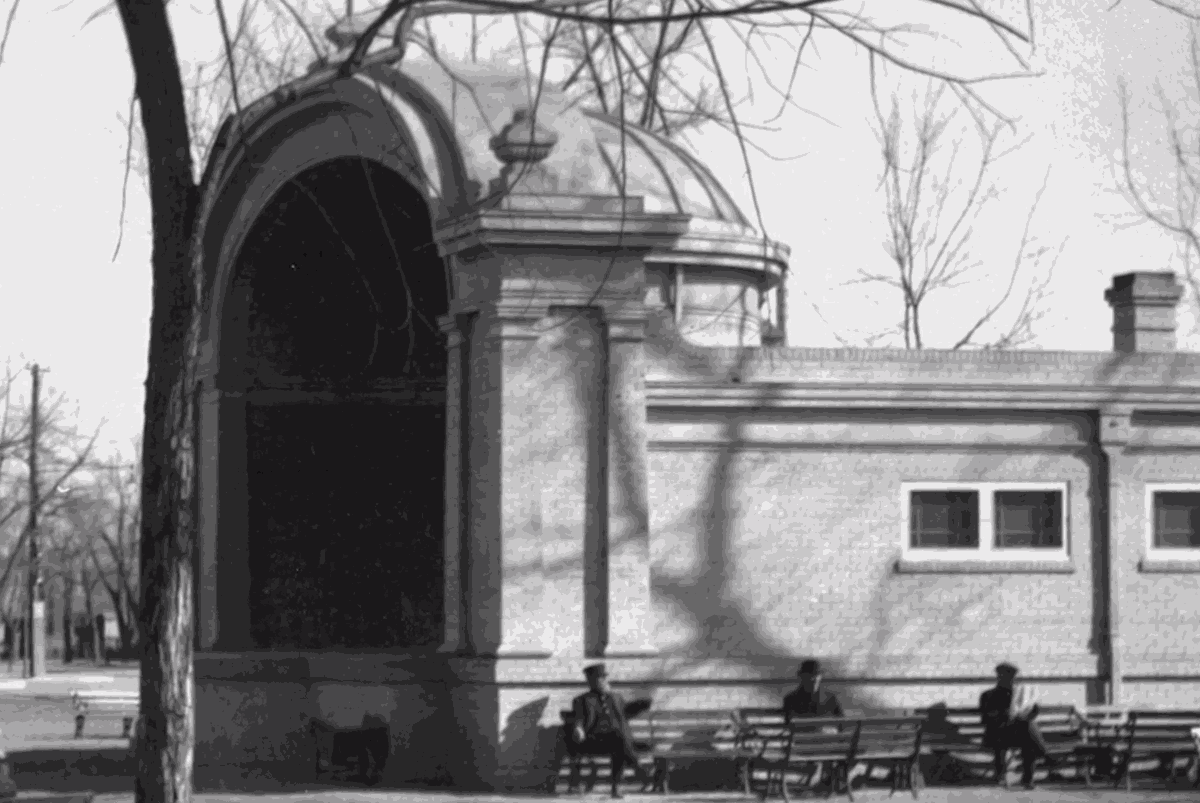 The bandshell in Acacia Park is one of many buildings featured in the documentary, “Lost and Preserved in Colorado Springs.” 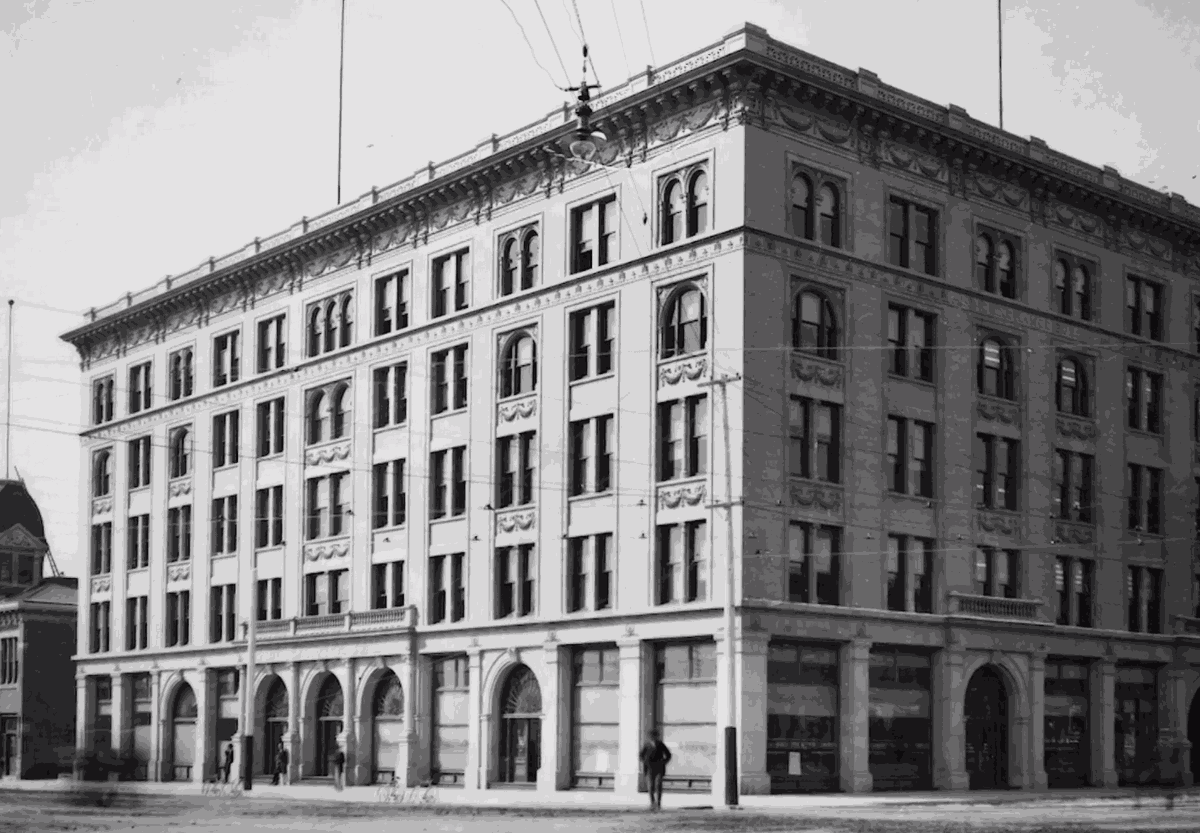 The Mining Exchange is one on the buildings mentioned in the documentary “Lost and Preserved in Colorado Springs.” 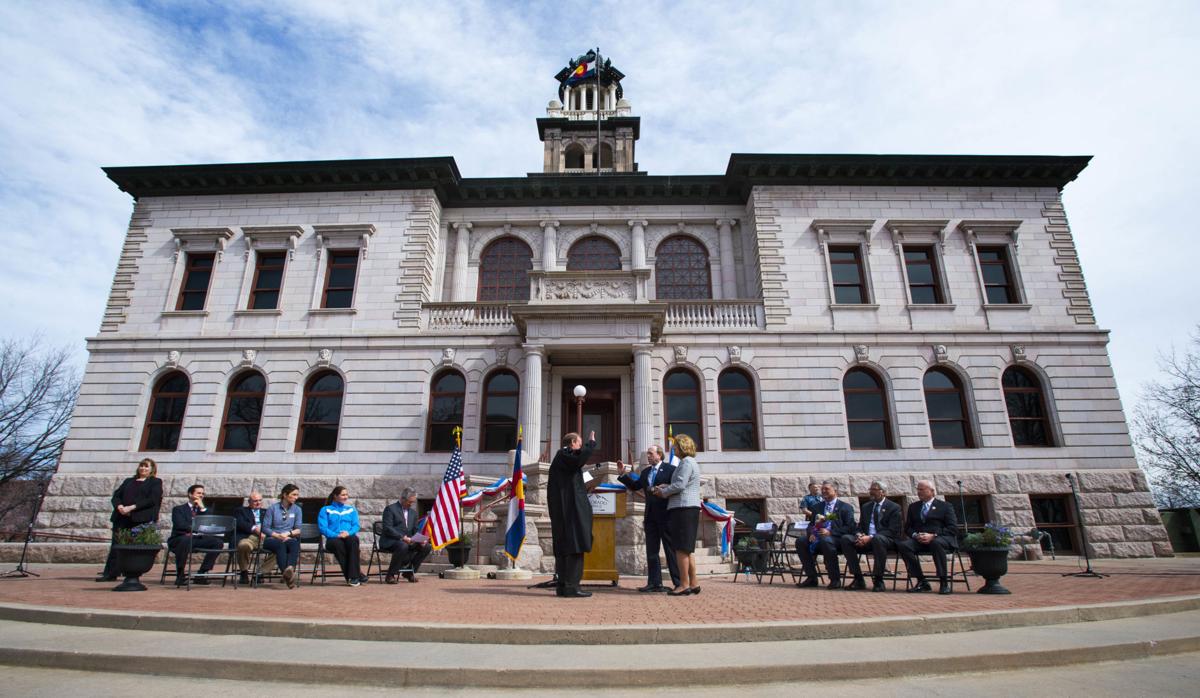 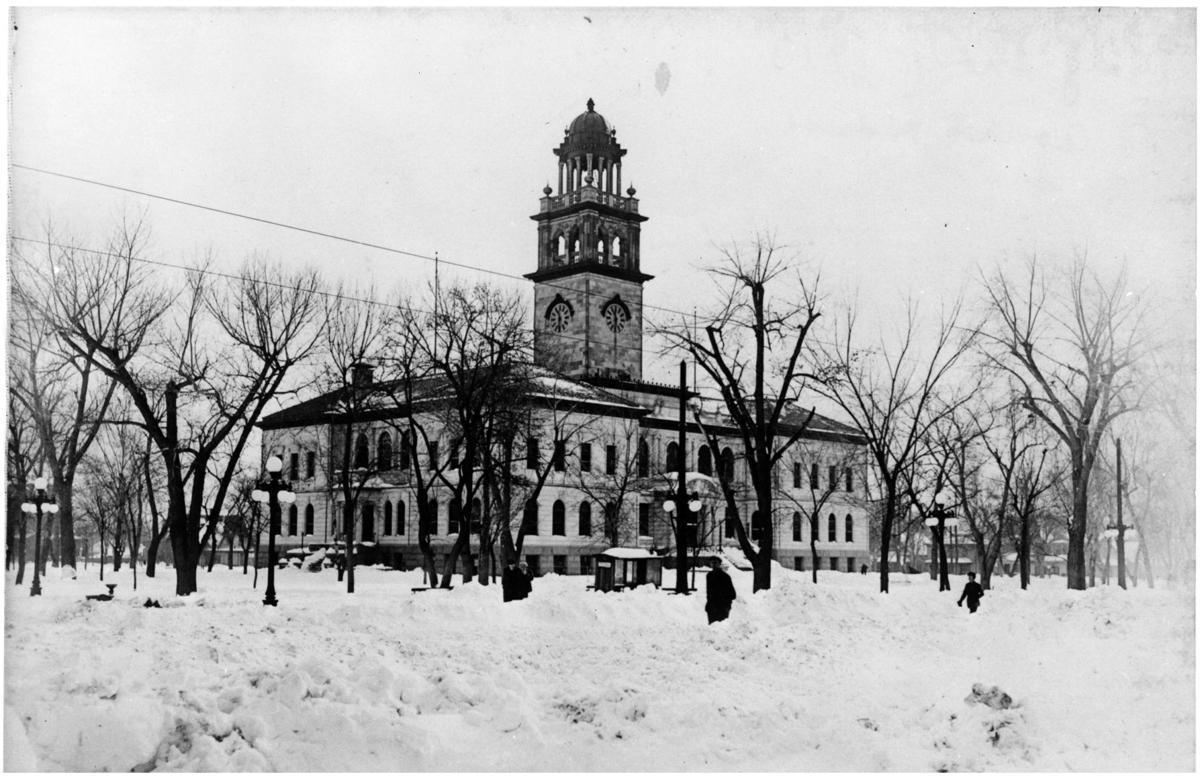 Large piles of snow sit outside the courthouse in 1913 in Colorado Springs. People are walking on the sidewalks. The courthouse was dedicated in May 1903, according to an online history, and it remained in use until 1973 when the courts were moved across the street to a new building. The structure was then renovated and restored to historical accuracy before the Colorado Springs Pioneers Museum took occupancy in 1979. 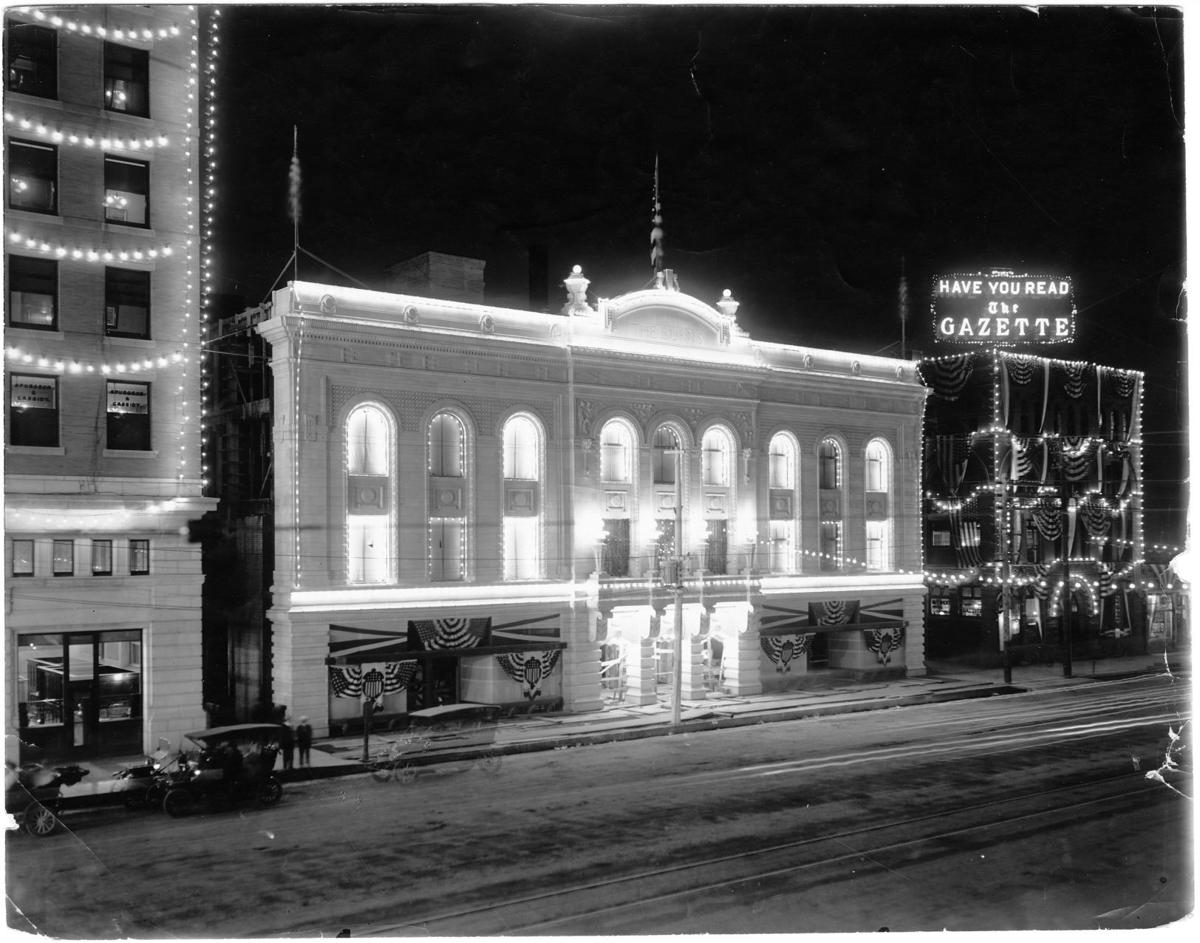 A night view of the Burns Theater, decorated with lights and bunting. The buildings on both sides are decorated with strings of lights. A lit sign “Have you read The Gazette” is on top of the building at the right. The Burns Theater opened May 8, 1912. The theater, west of Pikes Peak Avenue and Tejon Street, represented everything grand about Colorado Springs. Jimmy Burns, a plumber-turned-gold-miner, financed its construction. On opening night, a Russian symphony played to an audience of 1,500. Patrons sat in seats upholstered in olive-green velvet, and sweeping balconies floated across the main room, supporting the exterior walls without pillars. The ceilings were impossibly high and painted with cherubs. But the Burns became the Chief movie theater, and the Chief fell into disrepair. When the Exchange National Bank bought it in the early 1970s, Vice President Karl Ross said it would cost as much as $3.5 million to repair. So Exchange National tore it down to create a drive-up bank. MAYALL PHOTOGRAPH COLLECTION, COURTESY OF PIKES PEAK LIBRARY DISTRICT, 102-77

Kate Perdoni is the creator of a half-hour documentary called “Lost and Preserved in Colorado Springs.” It premieres Thursday.

Rocky Mountain PBS journalist and filmmaker Kate Perdoni is behind the new documentary, “Lost and Preserved in Colorado Springs.”

You could call it a love letter to Colorado Springs.

And to the buildings, whether they’re still standing, that tell its story.

Ahead of the city’s 150th anniversary, Kate Perdoni, a filmmaker and journalist with Rocky Mountain PBS, set out to tell that story, or as much as she could in 30 minutes.

Her documentary, “Lost and Preserved in Colorado Springs,” premieres Thursday on Rocky Mountain PBS and YouTube.

It’s not only a history lesson. Perdoni wanted to explore how the city — as well as its residents’ collective values — has changed over time.

To do that, she says she “needed some kind of measuring stick.”

“So I decided to tell the story of the city reflected through our built environment,” Perdoni says. “What did we build and when and why?”

She posed other questions: What have we chosen to preserve or demolish? What larger values do these decisions represent? What have we learned? What do we want to carry forward?

And she got to work.

After months of research and talking to local experts, Perdoni had written around 40 pages as an outline for the film. She had to whittle that to eight. Then it was time to start filming.

“Lost and Preserved in Colorado Springs,” which is the latest episode in Rocky Mountain PBS’ “Colorado Experience” series, touches on buildings such as The Mining Exchange, Pioneers Museum and City Auditorium as well as homes of influential residents and the bandshell in Acacia Park. Each place holds decades of lessons.

“Any one of these buildings or issues you could create a whole film about,” Perdoni says.

She was also struck by stories about structures that are no longer here.

“When a building you cherished and valued gets torn down and you didn’t have a say, people really feel that,” she says. “They feel hurt.”

One example is the Burns Theater, which was once a monument to the arts and a staple of downtown.

“It reflected the stature and the economy of our earliest days as a community,” Perdoni says. “And it was torn down to make way for what is essentially a parking lot.”

The reasoning for that, she said, could be its own documentary.

“But, ultimately, it’s about money,” Perdoni says. “It’s about personal or private gain.”

And that can lead to good or bad change.

Perdoni hopes her documentary makes people think about how Colorado Springs started and where it’s going. Perdoni, personally, has been thinking about “who was displaced in order for us to be here right now.”

Her takeaway? When it comes to incorporating underserved voices in our community, "We can do better."

She says the city’s 150th birthday is a good time to not only celebrate but have those conversations. And hopefully "Lost and Preserved" helps get people talking.

"Colorado Experience: Lost and Preserved in Colorado Springs" premieres at 7 p.m. Thursday on Rocky Mountain PBS. It also will be available on YouTube. For more information, visit rmpbs.org/coloradoexperience.