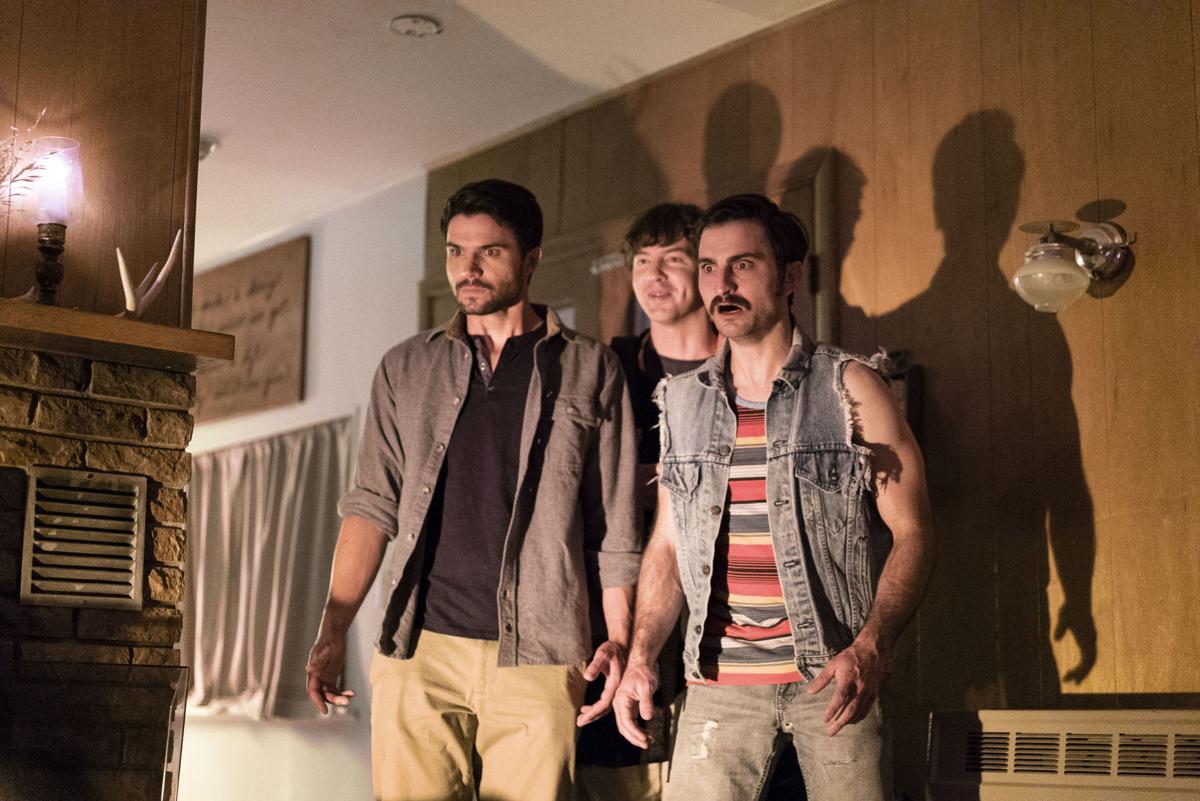 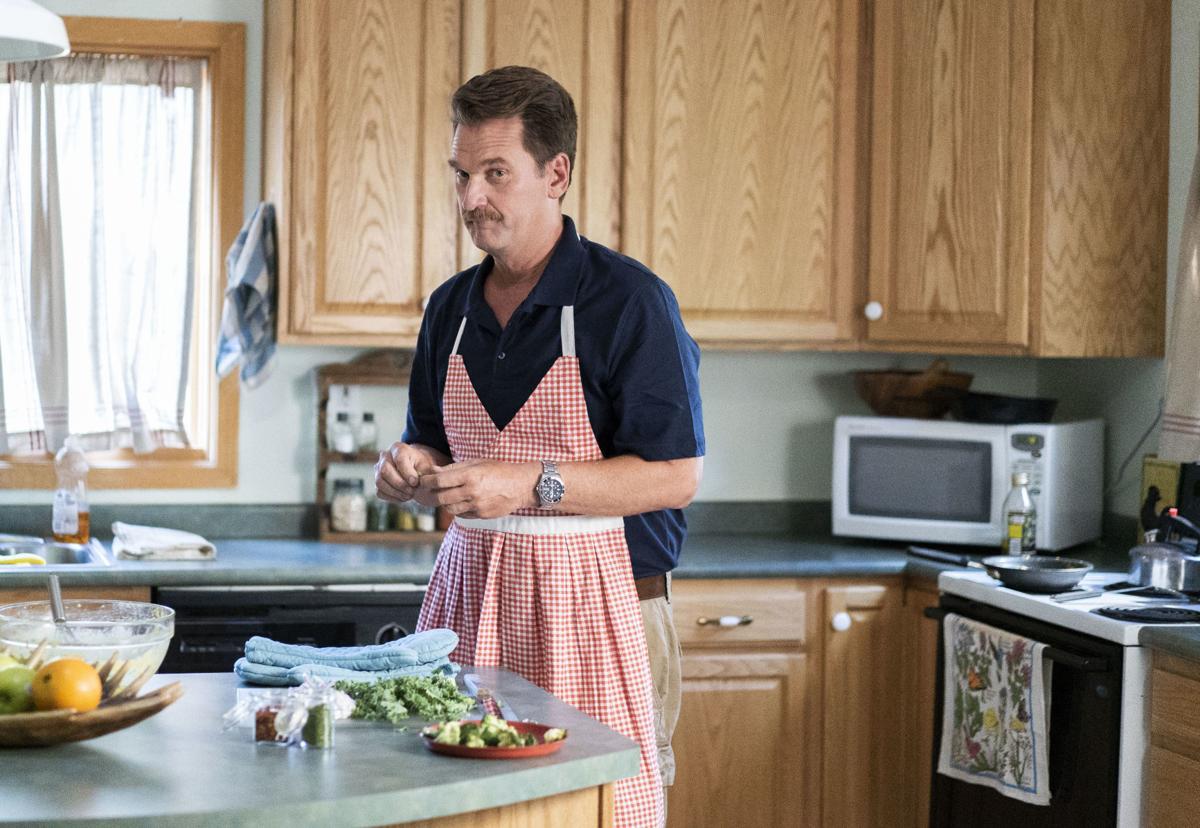 Pete Gardner (“Crazy Ex-Girlfriend”) in a scene from “Man Camp.” 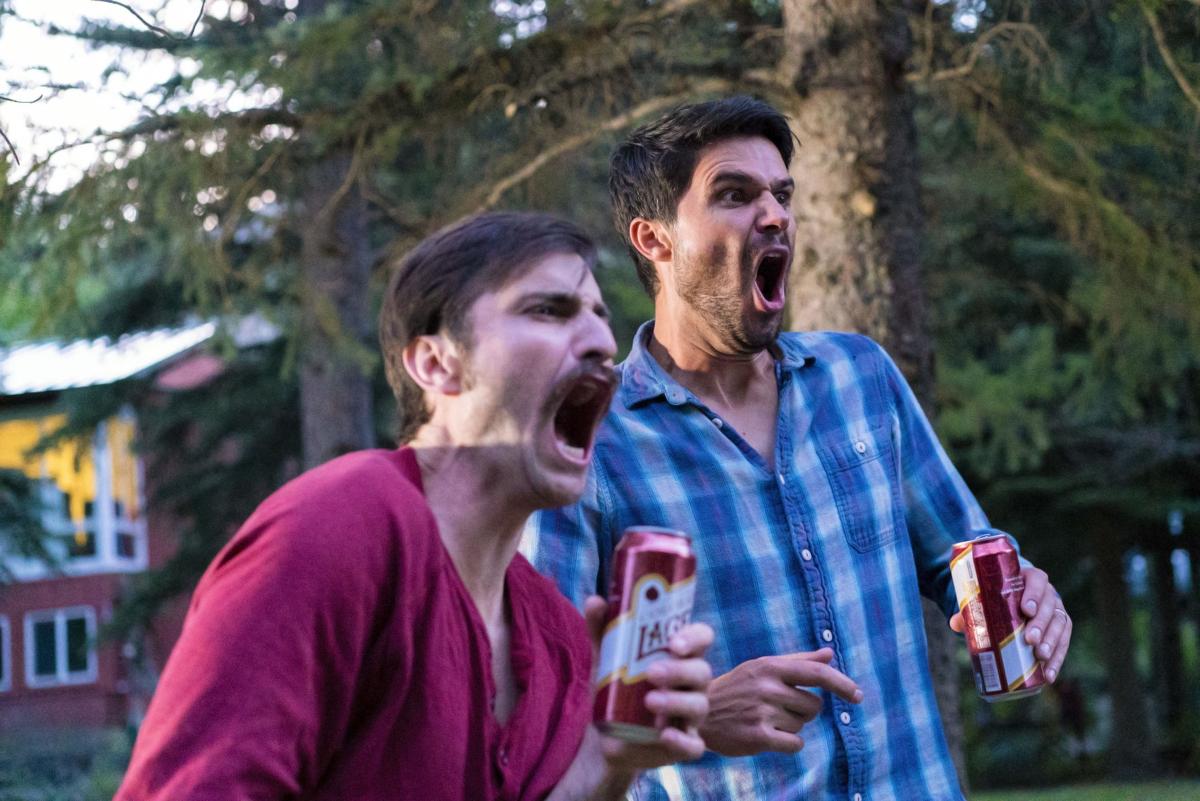 Pete Gardner (“Crazy Ex-Girlfriend”) in a scene from “Man Camp.”

Sometimes a man cave is simply that — a man hunkering down in a small, confined space. Perhaps there’s beer, possibly a big-screen TV blaring sports stats, maybe an electric guitar.

Other times, out of the confines of a man cave can emerge a bubbling geyser of creativity. At least that’s what Colorado Springs native Scott Kruse and Dan Cummings experienced during their time spent together, huddled in the latter’s Los Angeles garage.

Over the last couple of years, the duo, along with writer Josh Long, have honed and nurtured a crumb of an idea into their first film, “Man Camp.” They finally birthed the 90-minute comedy Tuesday. It can be seen anywhere you might rent or purchase a film, including iTunes, Google Play and DirectTV. It will move on to sites such as Netflix and Amazon Prime after 90 days.

Kruse, a 2006 Cheyenne Mountain High School graduate, moved to L.A. about a decade ago. Once there, he reached out to Cummings, an old buddy who already lived there.

“I hadn’t talked with Dan in a few years,” says Kruse, who stars in the film with Cummings. “After a few awkward reach-outs and ice cream dates, we rekindled our friendship and realized our similar creative tastes and senses of humor.”

They started talking about their fathers one day and realized they shared similar visions of their dads as full-on masculine mountain men. Meanwhile, Kruse and Cummings still felt like kids.

“We thought it was a generational thing,” says Cummings, who now lives in Littleton, near Denver. “We thought let’s come up with a story that would show siblings that are trapped with an idea of what it means to be a man, what they aspire to and what could happen to them to force them to reevaluate that and see the world a little differently.”

In the movie, the three Mann brothers (Kruse, Cummings and Erik Stocklin) lose their father as kids, and make a trip to the family cabin every year to celebrate him. When they arrive at the cabin and walk in on their mother (Tammy Kaitz) with her secret fiancé (Pete Gardner, “Crazy Ex-Girlfriend”), they’re none too happy, and come up with outlandish tests to see if he’s strong enough to join the family.

“He loves their mom, but he’s not their effing dad,” says the tagline on the film’s poster.

Getting the film to the screen from the garage has been a long haul for the first-time film producers. Previous connections in the industry helped them snag two big leads: the seasoned actors Gardner and Stocklin (“Haters Back Off,” “Mistresses”). Also in the cast is Kruse’s longtime Springs friend Anna Rubley, who also graduated from CMHS and moved to L.A. in 2010. Her sister, Thea Rubley, has a cameo.

Funding for the film was provided by friends and family who believed in the work. One family member provided the cabin and plot of land in Nederland, near Boulder, where the crew shot eight of their 11 filming days.

“Those 11 days were some of the best days of my life, minus my wedding,” says Kruse. “It’s few times in life when you can fully experience the fruits of your labor. That was a small window into us seeing it’s worth doing to take the risk of telling a story we believe in, and jumping into this unknown and risky business of making films.”