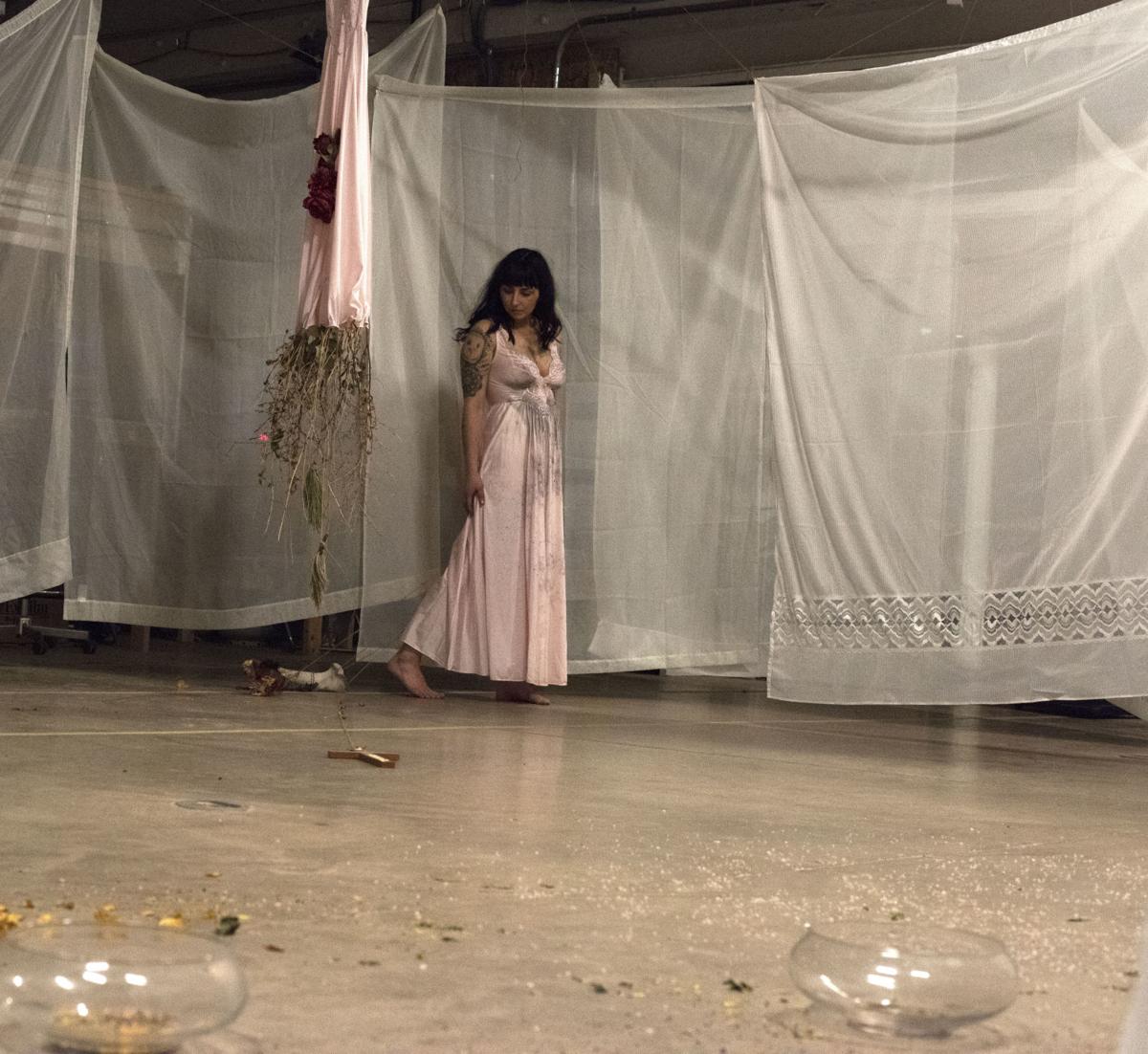 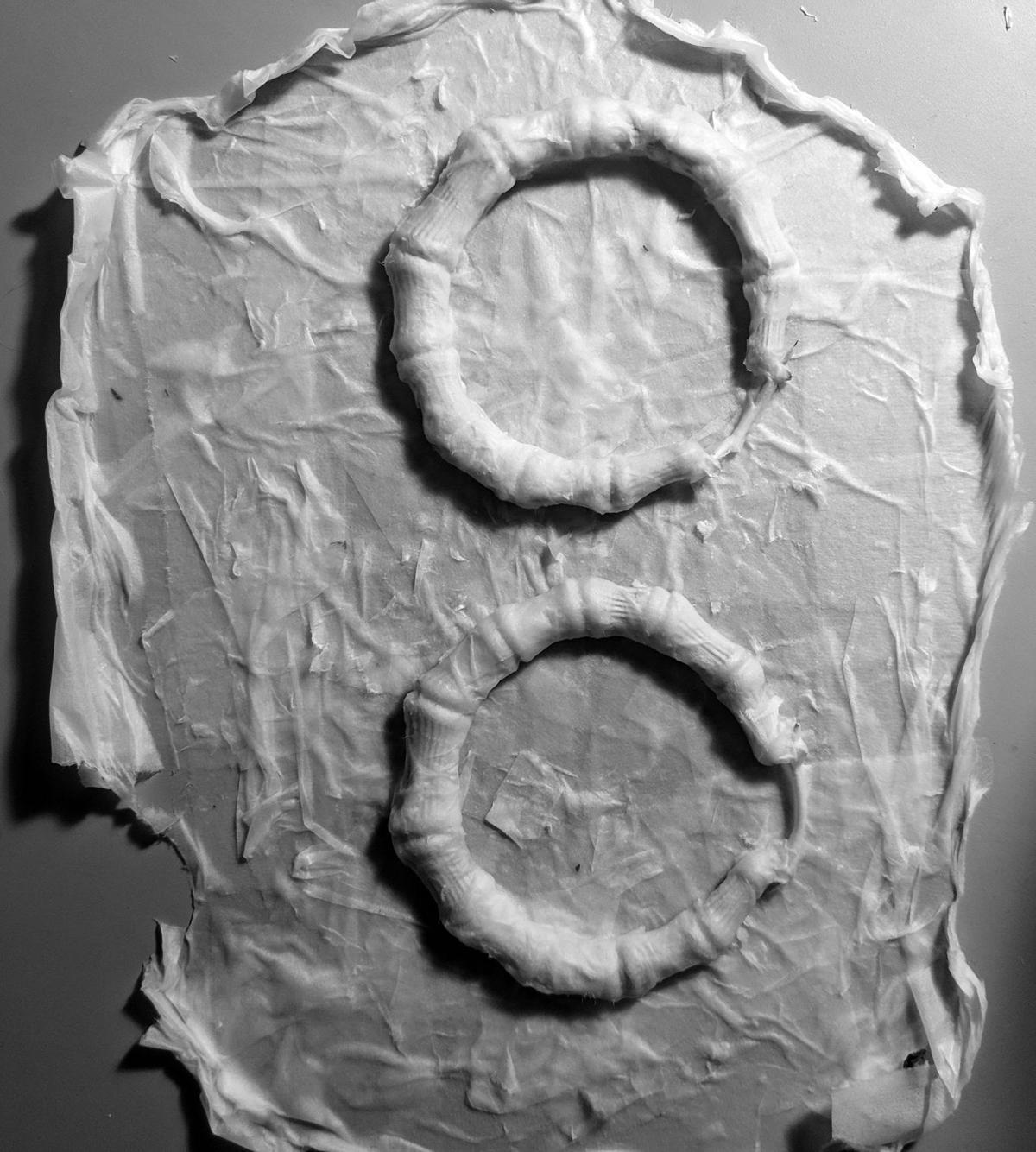 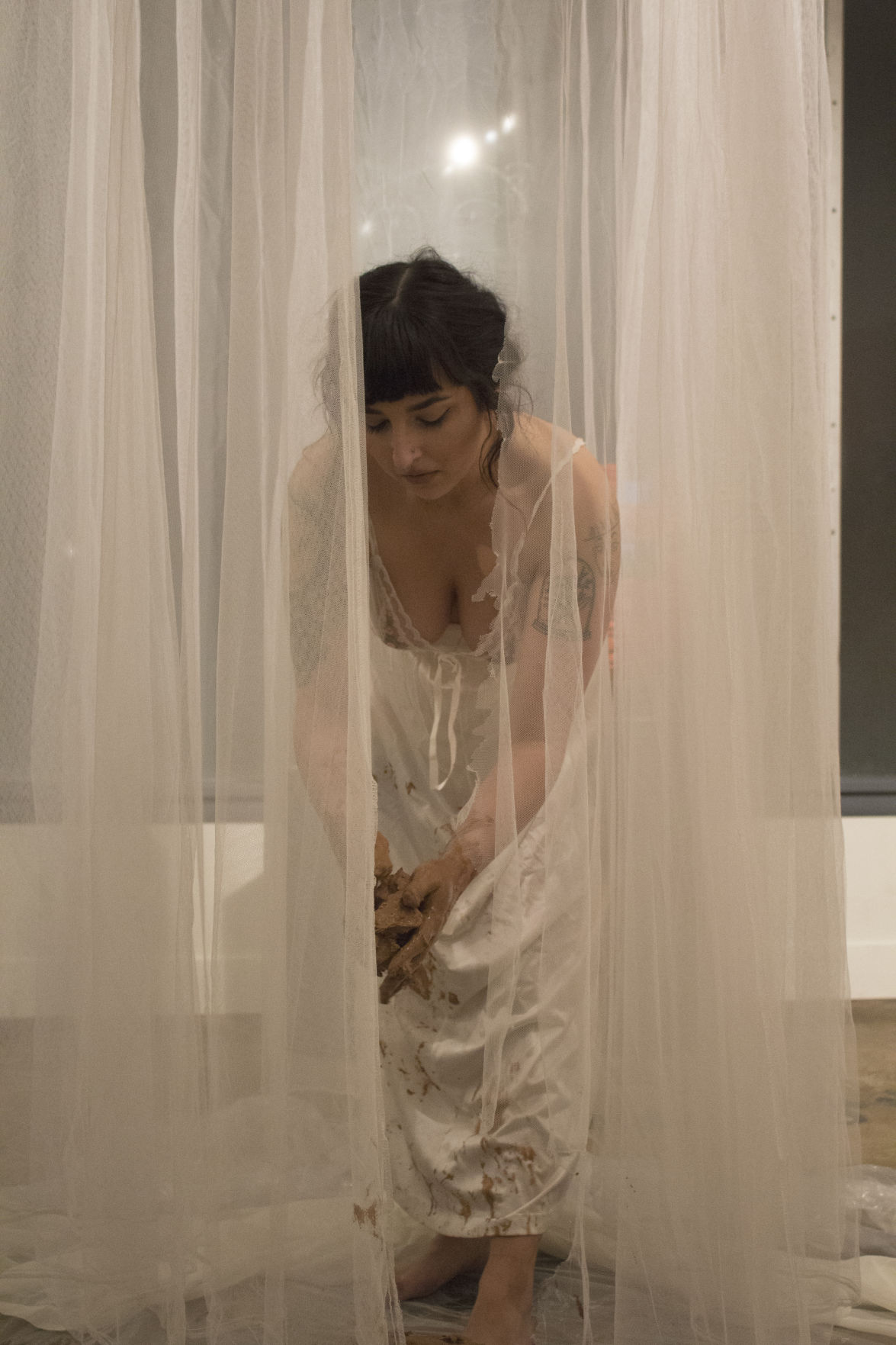 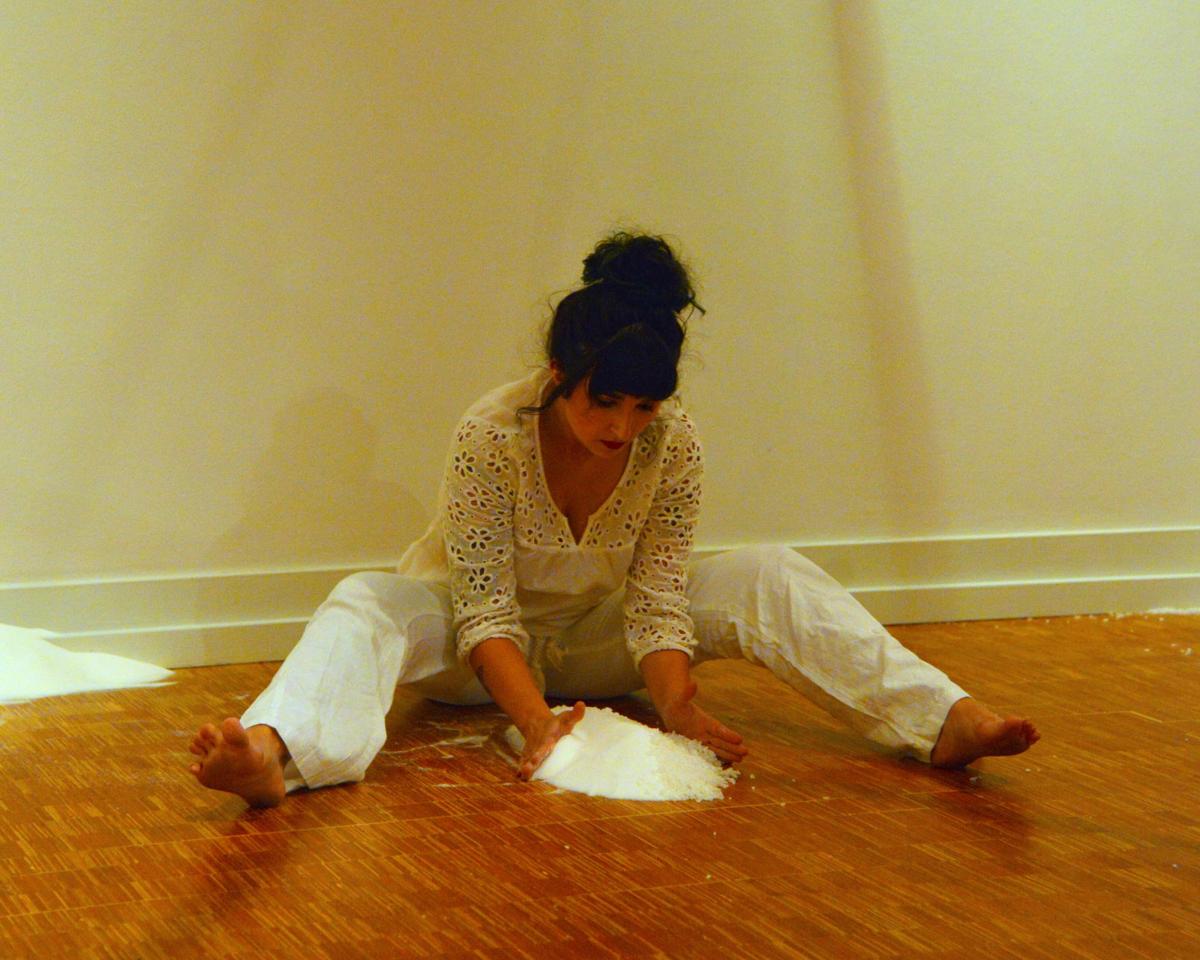 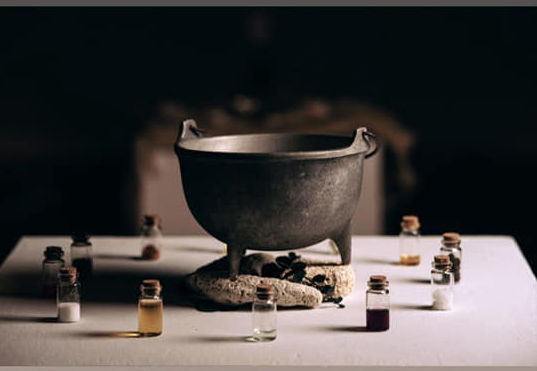 Performance art can be a profound experience, for the artist and the audience.

Last year, Colorado Springs mixed-media and performance artist Jasmine Dillavou felt the urge to make a piece about reclaiming her power. During a First Friday opening reception at Kreuser Gallery, she performed “Reclamation of Sif,” a nod to the Greek tale of Sif, whose beautiful long hair was shorn off by the trickster Loki.

Dillavou took a “ritualistic spiritual bath,” she says, in front of strangers, by placing herbs and crystals into the bath water where she sat and chanted. And then? She chopped off about a foot of her dark, wavy hair as audience members looked on. She placed her hair in the tub and stepped back from it as a way to feel cleansed and powerful.

“I needed to make it in your face and make people sit there as I went through the performance,” Dillavou says. “With a painting, it’s like here’s a beautiful piece you can sit and look at it. With a performance, it’s like asking someone to sit side by side with you and have that experience with you.”

Not all of Dillavou’s work is so ephemeral, though. Her latest pieces will be displayed in a new exhibit opening during First Friday Downtown at Kreuser Gallery. In “Capturing Essence,” a collaborative body of work by Dillavou, Clark Valentine and Tyler Hays, Dillavou will display paper caste sculptures of items from her childhood. The opening reception is from 5 to 9 p.m. People can reserve a 20-minute slot for up to seven people. The exhibit also can be viewed online at abigailkreusergallery.com.

Like the previous three months, Virtual First Friday will make a $50 matching gift with any remote purchase of $50 or more made from a participating gallery, such as Kreuser. July's event will support #BlackLivesMatter, with matching gifts going toward community organizations Poetry719, COS Black Business Network and My Black Colorado.

“They’re things that talk about growing up in a Latinx household,” Dillavou says. “They’re soft and pretty items. They’re on the softer end of the work I’ve made in the past few years. A little less aggressive, intense and political.”

But just because her current work shifted into a new realm, don’t expect it to stay that way. She has no plans to deviate from her activism, which took hold simply due to her cultural background.

“As a Latina and person who’s had more experiences than others in the world, I don’t have a choice,” she says. “If I make art about being Latina, it’s already political art. If I talk about my experiences, it becomes a statement. It’s a good thing. It can be tokenizing and hard to navigate, but it’s good to have stories for people to learn from.”

Dillavou, whose family is from Puerto Rico, has made art since she was a little girl, evidenced by the old pictures of her painting naked in her backyard. She graduated from Manitou Springs High School and got a bachelor’s in visual and performing arts at the University of Colorado at Colorado Springs.

Being Boricua, a term for Puerto Ricans, Hurricane Maria in 2017 kick-started her passion for activism and storytelling and the ways people tell their stories to maintain their history and stay connected to their culture.

“Art can be a tool for activism and changing the world,” she says.

In 2018’s “100 Potions for Puerto Rico,” she crafted 90 individual bottles, and featured 10 more bottles made by strangers in Puerto Rico as a way to speak about their experiences. The project raised money and awareness for the Caribbean island and unincorporated U.S. territory after the devastating hurricane.

“She gets people thinking outside the box,” says Abigail Kreuser, owner of Kreuser Gallery. “Her art is always doing something impactful. She wants to educate people and make them more aware of what’s going on around them — things they don’t really think about.”

Dillavou’s resume is rife with performance art pieces, including “Natural Law,” which she also performed at Kreuser Gallery earlier this year. She wore a white dress, and as she danced in the gallery, she smeared clay she made from red soil collected in Manitou Springs all over her body and her face.

“Natural law explores grief through the lens of femininity,” she says in an artist statement on her website, jasminedillavou.com. “Using red soil as a feminine icon, the body is moved through patterns of soil application — burying and unburying over and over until one feels completely consumed by Earth and all her powers.”

Performance art requires some chutzpah. Dillavou creates her pieces while audience members sometimes stand inches away. It calls for extreme vulnerability on the part of the performer.

“It feels like a sacred space where you do your most secret sacred things and you’ve invited strangers into it,” she says. “They feel that, too. They wonder if they’re supposed to be watching this.”

When: Opening reception 5 to 9 p.m. Friday; people can reserve a 20-minute slot for up to seven people. The exhibit also can be viewed online at abigailkreusergallery.com.

Something else:  Virtual First Friday will make a $50 matching gift with any remote purchase of $50 or more is made from a participating gallery, such as Kreuser. July's event will support #BlackLivesMatter, with matching gifts going toward community organizations Poetry719, COS Black Business Network and My Black Colorado.