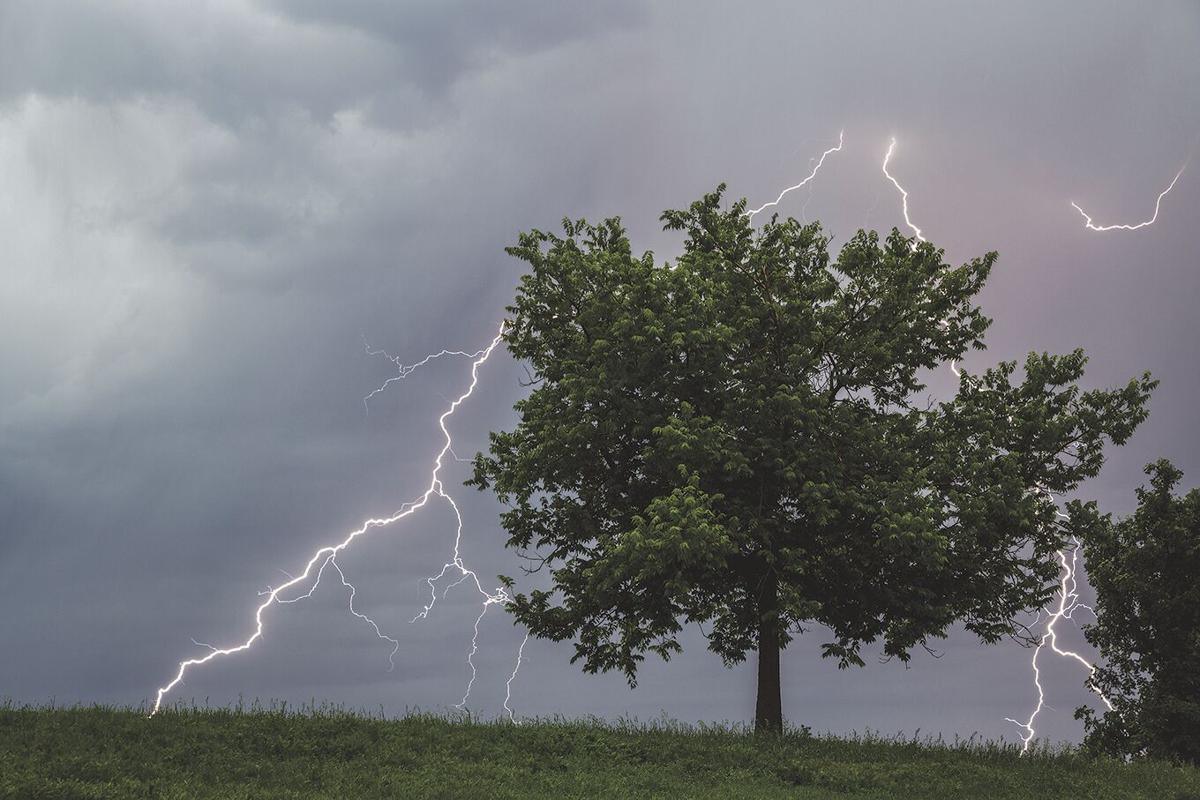 Colorado Springs photographer Mike Pach took a photo of the hackberry tree in his backyard every day for a year. Photos from the project, “Same Tree, Different Day,” were displayed around town, including at the Cultural Office of the Pikes Peak Region 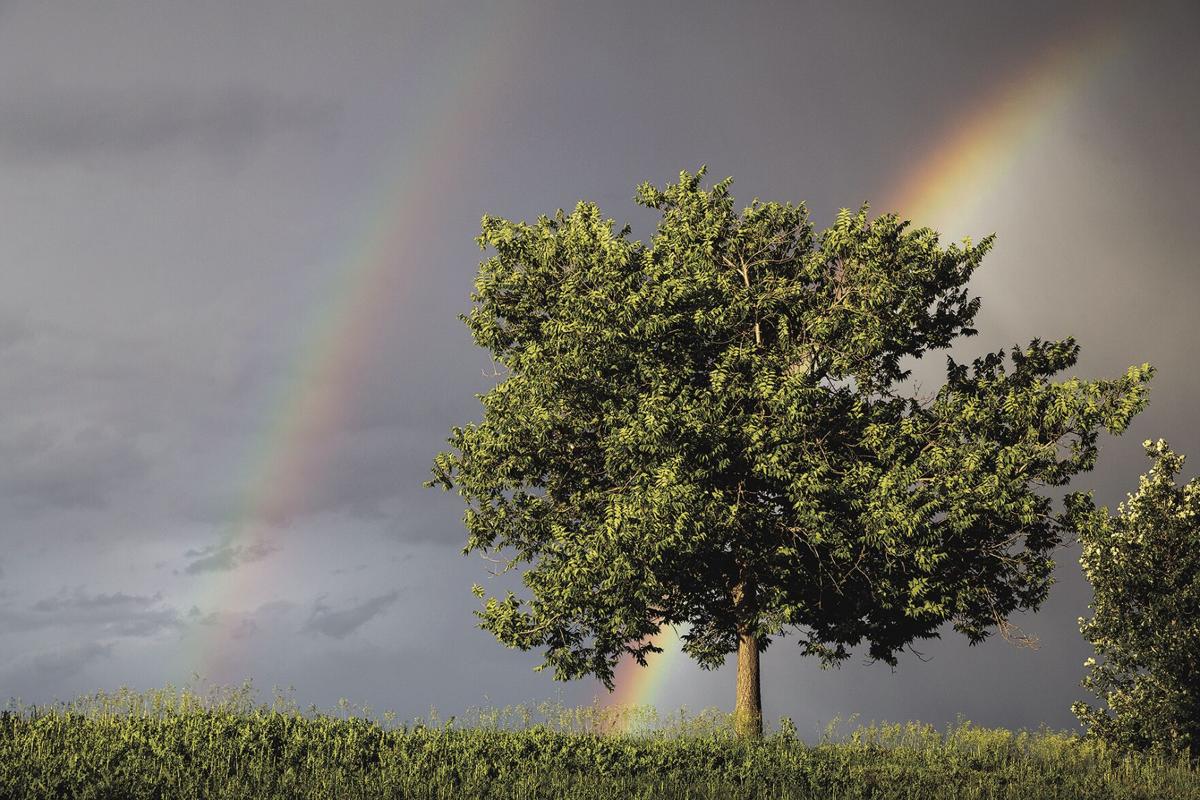 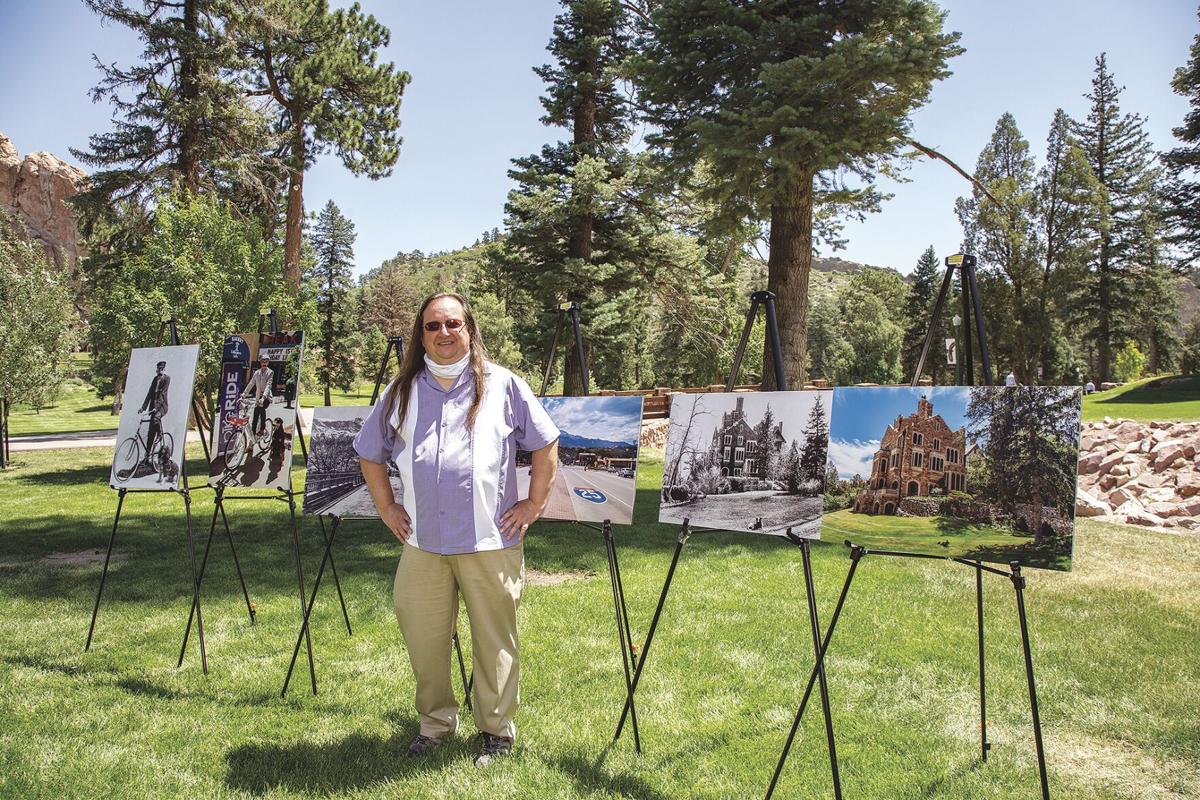 Colorado Springs photographer Mike Pach took a photo of the hackberry tree in his backyard every day for a year. Photos from the project, “Same Tree, Different Day,” were displayed around town, including at the Cultural Office of the Pikes Peak Region

Colorado Springs photographer Mike Pach took a photo of the hackberry tree in his backyard every day for a year. Photos from the project, “Same Tree, Different Day,” were displayed around town, including at the Cultural Office of the Pikes Peak Region.

The “Same Tree, Different Day” photo series features the hackberry tree in photographer Mike Pach’s backyard. Taking the daily photos helped him while he struggled with depression several years ago.

A simple hackberry tree in Mike Pach’s backyard helped bring him back to life.

Every day for a year, the Colorado Springs photographer set up his tripod and took a photo of the large deciduous tree that stood silhouetted against the horizon. Sunrises, sunsets, stormy days, sunny cornflower blue days. He captured his friend through all the seasons for his project “Same Tree, Different Day.”

The idea arrived during a fallow period in Pach’s life, as he struggled with the depression that had sniffed at his heels since high school.

“There were days when all I wanted to do or could do was take my photo of the tree and post it on my blog,” Pach says. “That was my daily goal.”

During that year, he discovered an easy way to feel a little bit better and stay motivated. He tacked up a big wall calendar and marked an X on each day after taking a photo.

“I realized having that goal helped me make it through this difficult time,” he says. “For people who deal with depression, their goals may be as simple as taking a shower or brushing their teeth. It’s something they can easily do. You don’t have to set high lofty goals. Once you see all the progress you’re making, it keeps you going.”

He was able to show the tree series in venues around the city, including the Cultural Office of the Pikes Peak Region. You can see his daily photos online at sametreedifferentday.wordpress.com.

“His series with the trees was super thoughtful,” says Andy Vick, COPPeR’s executive director. “It was beautifully executed and really was a very engaging series. It’s an easy way to understand the beauty of art. Everyone can relate to it easily and it’s accessible.”

The project also spurred Pach to share his simple goal-oriented approach with others who might be struggling with their mental health. Since completing his tree series, Pach has shared his findings through three dozen lectures, including one at a Canadian Mental Health Association event in Toronto, Canada.

“It’s always good to help others,” he says. “I’ve had to go through things I’ve had to live through so I can help other people and understand what they’re going through. Some artists in our society have died by suicide and overdosed due to pandemic issues and that strikes a chord with me. I feel like I could have helped in some way.”

Photography came naturally to the self-taught Pach, who grew up in Chicago. It took root as soon as he started snapping photos at 16 while backpacking around Vail during a wilderness camp. After high school, though, his life took a turn from the art. After studying aerospace engineering in college, he took a job with aerospace company McDonnell Douglas. It eventually landed him at the company’s plant in Pueblo before it closed.

With zero desire to reenter the corporate world, he did that thing we’re always told to do — remember what we loved as a child and go do it. For him, that was taking photos of nature. In 2006, after a few years of trying to sell his photos, along with getting into the retail side of photography, he took a job as a reporter and photographer for the Fort Carson Mountaineer newspaper. Looking back, it was an important move in his career, a period when he learned to excel at taking event photos and began to teach others about taking good pictures.

“This is the lesson I tell students. Most say they enjoy landscapes and nature photos,” says Pach. “We live in a great place to do that, but I encourage them to step outside their comfort zone and look for something new to photograph. Maybe you find you enjoy it. Maybe you find you’re good at it. That makes it more enjoyable if you’re good at it.”

Musicians, dancers will collaborate during outdoor performance in Colorado Springs

Today, Pach owns 3 Peaks Photography, where the largest portion of his work is taking event photos. He runs The Colorado Photography Learning Group through Meetup to help people improve their photography skills, and also works with COPPeR’s Military Arts Connection program to provide classes, workshops and private lessons to active military service members, veterans and dependents. And when he’s not doing all that, he teaches budding photographers how to shoot the night sky and Milky Way galaxy during workshops in Westcliffe and the Paint Mines Interpretive Park.

“He’s patient with people. He explains things and he’s fun,” says Elizabeth Moe, who’s studied with him since 2012. “I don’t ever think twice about going on a class or workshop with Mike. I’ve never been disappointed in anything.”

Though the pandemic put an abrupt halt to assignments and workshops, a silver lining did appear — a new project supported by Mayor John Suthers and the City Council. For the 150th celebration of Colorado Springs next year, Pach is putting together a series of now and then photos. The staged reenactments of 50 old photos from the archives of the Colorado Springs Pioneers Museum and Pikes Peak Library District will feature people who are doing important work in the community, including Suthers.

Photography is at once a lifeline to Pach, naturally boosting his mental health, and a way to indulge and grow his creativity. The magic is in the mindfulness that happens when he puts his eye to a viewfinder.

“When you’re taking a photo or out on a shoot, that’s all you’re concentrating on — connecting to a subject,” he says. “The more you can put yourself in that state, all your other problems go away for that moment and your pictures end up being better.”