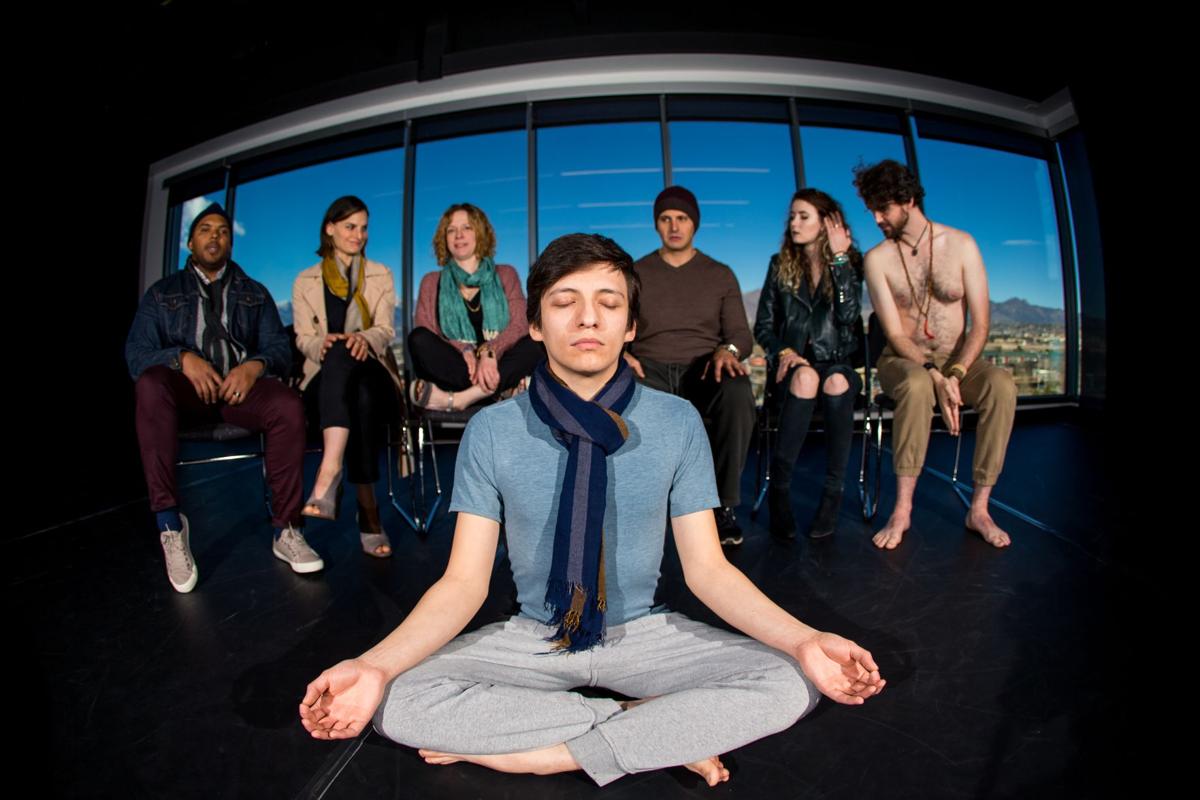 Six yogis arrive at a silent yoga retreat to work out their troubles in Bess Wohl’s 2015 play, “Small Mouth Sounds.” It opens Thursday at TheatreWorks and runs through Feb. 16. 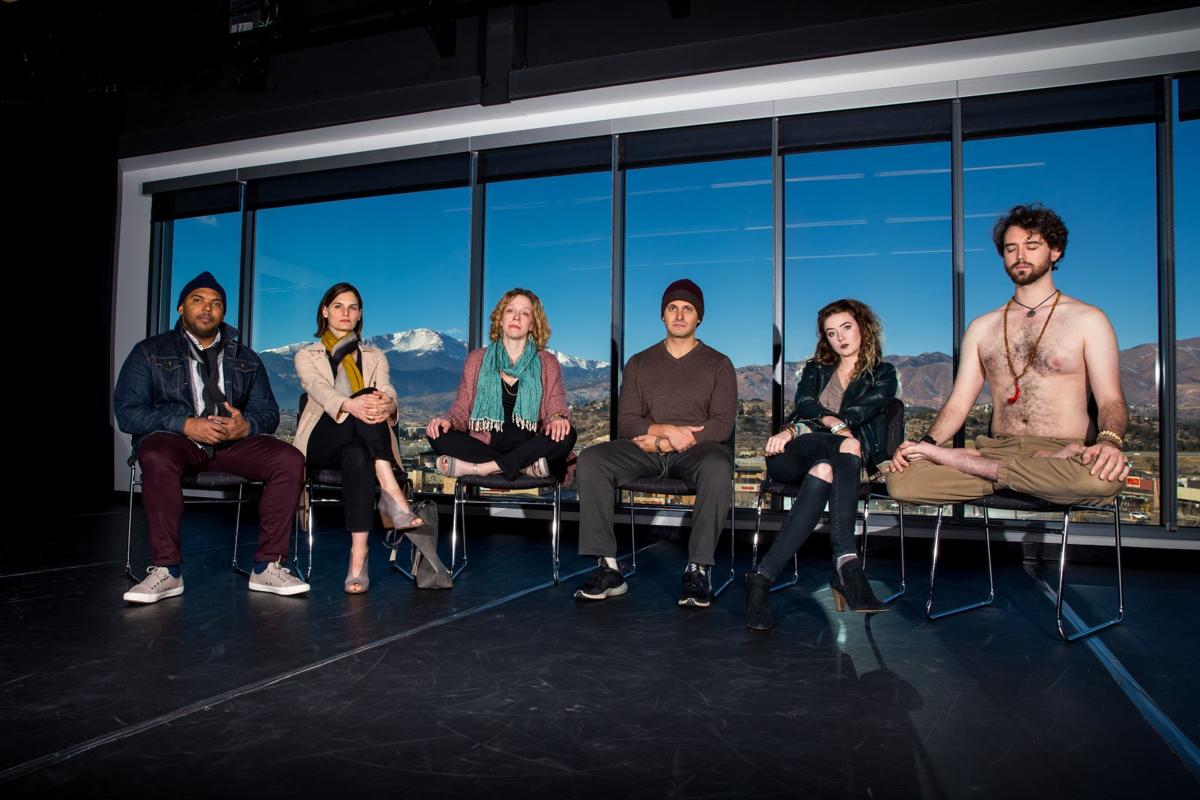 Bess Wohl’s 2015 play “Small Mouth Sounds” relies on physicality and non-verbal communication instead of dialogue to relay the story. It opens at TheatreWorks Thursday and runs through Feb. 16. Courtesy TheatreWorks

Six yogis arrive at a silent yoga retreat to work out their troubles in Bess Wohl’s 2015 play, “Small Mouth Sounds.” It opens Thursday at TheatreWorks and runs through Feb. 16.

Bess Wohl’s 2015 play “Small Mouth Sounds” relies on physicality and non-verbal communication instead of dialogue to relay the story. It opens at TheatreWorks Thursday and runs through Feb. 16. Courtesy TheatreWorks

It sounds like the setup to a joke: Six yogis from the big city walk into a silent yoga retreat in the woods.

While there isn’t much dialogue in a play about a silent retreat, there is still plenty of storytelling, done through physicality and nonverbal communication. TheatreWorks will open the 100-minute show Thursday at Ent Center for the Arts. It runs through Feb. 16.

There’s Rodney (Russell Sperberg), attractive and fit. Alicia (Julia Greene), stressed and crotchety. Joan (Christina Norris) and Judy (Prentiss Benjamin), a lesbian couple whose long-term relationship appears to have some fractures. Ned (Jihad Milhelm), who bunks with Rodney and wears a skullcap for reasons that will be revealed. The enigmatic Jan (Lavour Addison), who bunks with Alicia.

There’s a seventh character in the play, though the audience will only hear him — the guru (Josue Prieto), who offers New Agey cliches to the yogis to help them get in touch with their inner selves.

“We see people dealing with their own personal stuff and trying to navigate being in this space with strangers,” director Tasia A. Jones said.

“It’s how we communicate and connect with one another in a world that’s increasingly pulling us apart from human connection through technology and social media. (It’s what happens) when we don’t have that anymore and are forced to connect on a human to human level.”

Jones knows it’s asking a lot of an audience sit through a largely silent play, though there are pockets of dialogue.

“I encourage them to stay open and listen to what the teacher is saying, and take it in the same way the characters are taking it in.”

Minus words, the success of the show rests on the cast’s ability to depict their emotions and thoughts through physical movement and reaction. To create a tight-knit ensemble, Jones led them through meditations prior to rehearsals and had them do warm-ups and exercises.

“Someone behind you coughs, and how does that affect your body?” she said. “What are our instincts as people and human beings and layering on character? And how does your character respond to subtle shifts that are happening around you?”

12 things to do in and around Colorado Springs this weekend

The playwright deeply mines the comedy vein that can often occur when people find themselves in new, uncomfortable environments with strangers. The funny is intermixed with dramatic and serious moments, as the yogis search for peace and answers, not necessarily leaving at the retreat’s end with either.

“... they certainly open themselves up to us, thanks to the beautifully transparent performances of the cast,” wrote New York Times critic Charles Isherwood in 2015. “Without resorting to anything resembling mugging, they transmit the characters’ anxieties, affections and doubts through facial expressions and physical movement.”