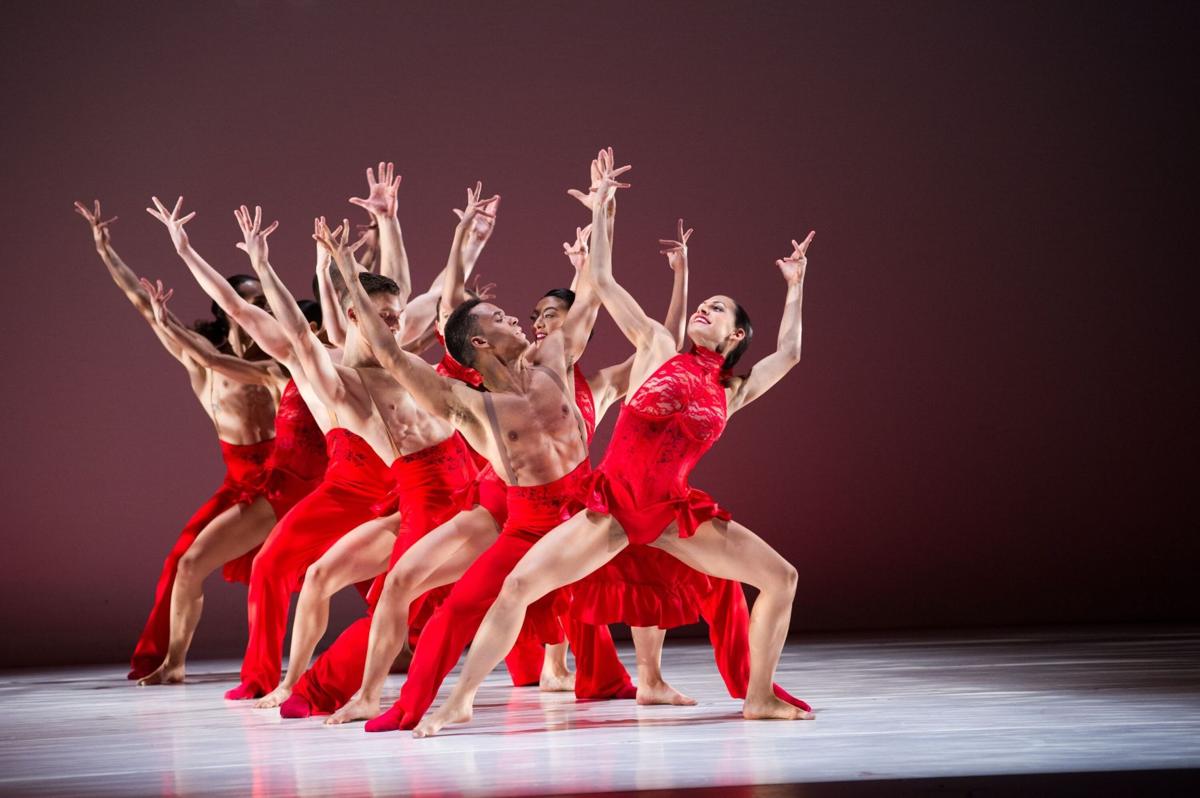 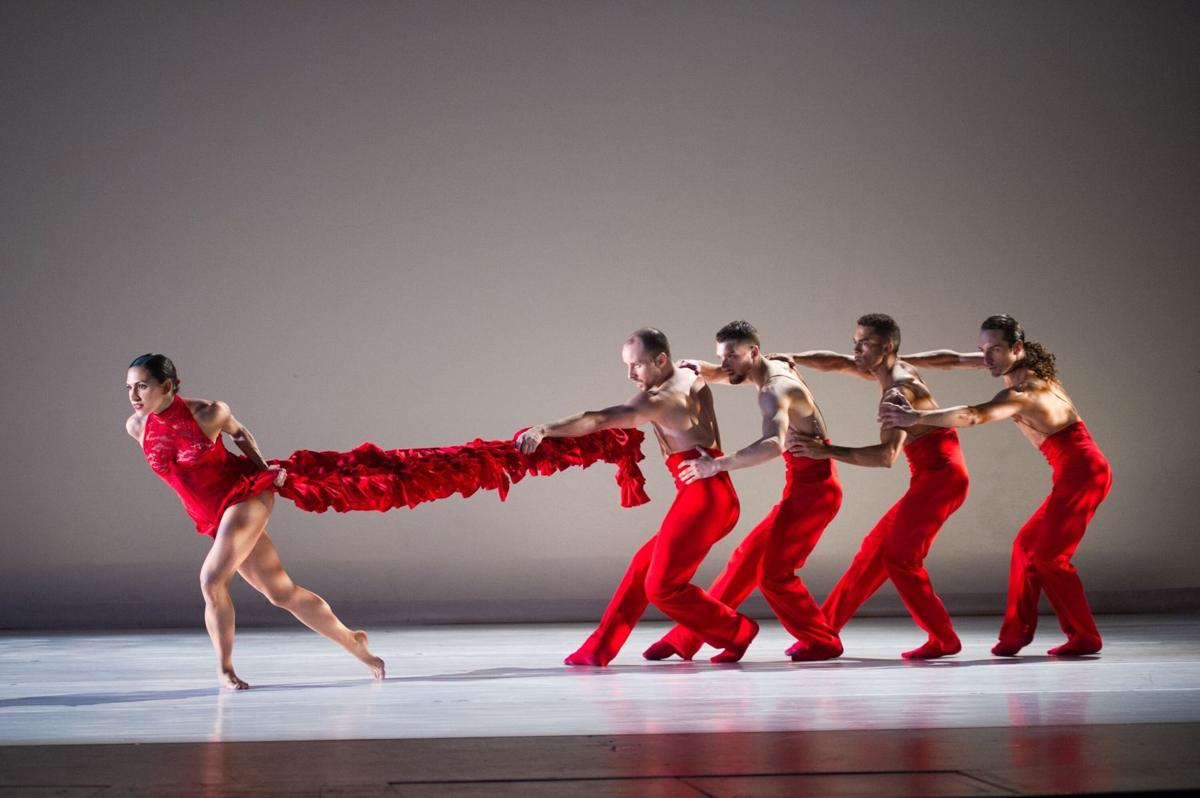 Fifteen dancers from Ballet Hispánico will perform three works Friday at Ent Center for the Arts. 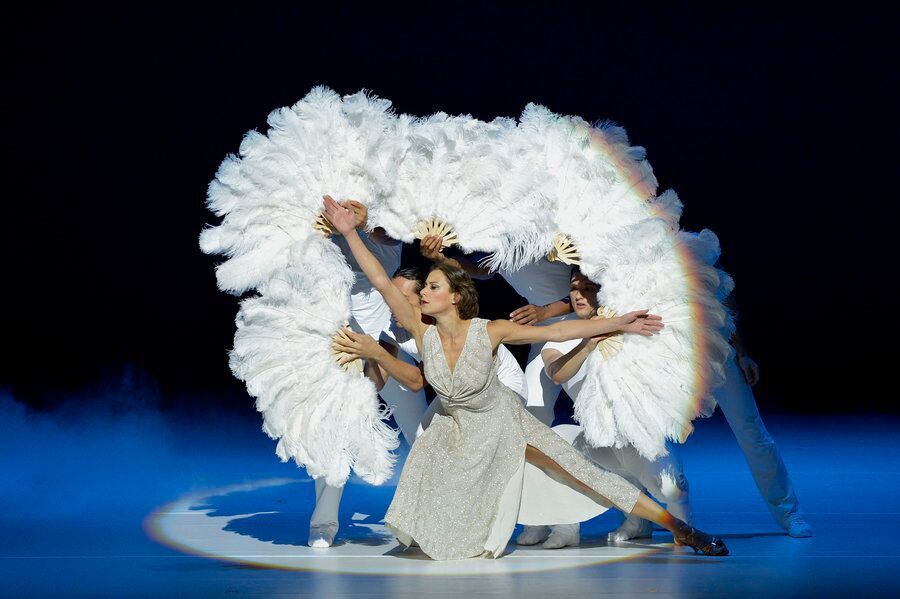 Ballet Hispánico will feature works by three female choreographers Friday at Ent Center for the Arts.

Fifteen dancers from Ballet Hispánico will perform three works Friday at Ent Center for the Arts.

Ballet Hispánico will feature works by three female choreographers Friday at Ent Center for the Arts.

It’s not only the fields of media and politics coming to terms with their century-long misogyny; it’s also the world of dance.

When you take in a Ballet Hispánico show, you’re watching one company’s effort to bring equality to the dance world. Over the past three years, the Manhattan-based Latino dance organization has made efforts to feature female choreographers and increase the women’s visibility.

“The #MeToo movement is also affecting us,” said Eduardo Vilaro, artistic director and CEO of Ballet Hispánico. “Everyone thinks the arts don’t face it, but they do too. The dance world has been a male-dominated world, with women playing the swan or themselves as marginalized. This is a way of really moving the needle.”

Ballet Hispánico will perform Friday at Ent Center for the Arts.

When company founder Tina Ramirez started the group almost 50 years ago, she wanted to give a voice to the Hispanic experience and shatter stereotypes. When Vilaro took over leadership duties a decade ago, he intended to shift the company’s focus away from gazing back at who Latinos were when the company started and instead look to the future.

“We are Americans, whether anybody likes it or not,” he said. “We are different. That difference needs a voice, and we can be that voice artistically.”

The evening’s program features 15 dancers and three works by Latina choreographers. “Con Brazos Abiertos (With Open Arms),” by Michelle Manzanales, is about identifying as a second-generation Latina American.

“You’re not Mexican enough or American enough. You’re in this limbo,” Vilaro said. “You have to face difficult questions. Because she’s not accepted by society, she doesn’t accept herself. There’s humor and joy, but also sadness.”

“Who are you if you straddle two cultures, in this case Mexico and America? This fascinating piece that so cleverly pulls from cultural touchstones began like a dream, with dancers blown across the stage one by one, each repeating the same flowing phrase, in a kinetic round. Maybe it wasn’t a dream at all, but a birthing — the men wearing white boxer shorts while the women had on lacy halter tops and briefs.”

Tania Pérez-Salas, a choreographer who still lives in Mexico, wasn’t interested in creating a piece about being Mexican, Vilaro said. She was more interested in her own work. “3. Catorce Dieciséis” has nothing and everything to do with her.

“It’s a visualization of the letter pi,” he said. “It’s a cyclical, abstract work set to baroque music. Not what you’d expect a Latino company to do, but why not? If Leonard Bernstein can take the mambo and use it, why not?”

Annabelle Lopez Ochoa’s “Tiburones,” Spanish for sharks, touches on the discrimination and stereotypes of Latinx culture, and the power of the media in perpetuating those themes by diminishing the voices of Latinx artists. Latinx is the gender-neutral way to refer to people of Latin American cultural or racial identity.

Some of her work references Puerto Rican gangs, due to a resurgence of interest in the theme, exemplified by Steven Spielberg’s upcoming “West Side Story” remake and playwright Tony Kushner’s new adaptation of the Broadway musical.

“This work is about the external gaze forcing you into a stereotype,” Vilaro said. “It’s done in a very fun way. Exciting, athletic and the soundscape is created by us. It’s our way or reappropriating our ownership.”

Why has dance been so male-dominated?

Eduardo Vilaro, artistic director and CEO of Ballet Hispánico: "It started in the courts in the 15th century. It was run by the king. From the king, they have the ballet masters, who were always men. Women were property. Ballet came and who was writing the music, the ballet? What were the women? Distraught, or conniving or beautiful princesses. We come from centuries of the objectification of women in ballet. And ballet still has a lot of work to do. There are changes being made. You can make changes artistically, but we are in a structure. The external structure, for example, ticket sales, don't allow you to move as fast as you’d like."

How to watch dance

"When you go to a dance performance, it’s an experience you’ll never ever have again. You're having a moment, an intimate conversation with the  choreography and you're waiting to be given information. I ask people to not look for a narrative, but to allow images to capture you and start talking to you. If you don’t like something at the end, you don’t like it. There's nothing wrong with not liking something. (Dance is) a movement language. Movement moves you, but it also speaks to you. Allow that voice to go through."