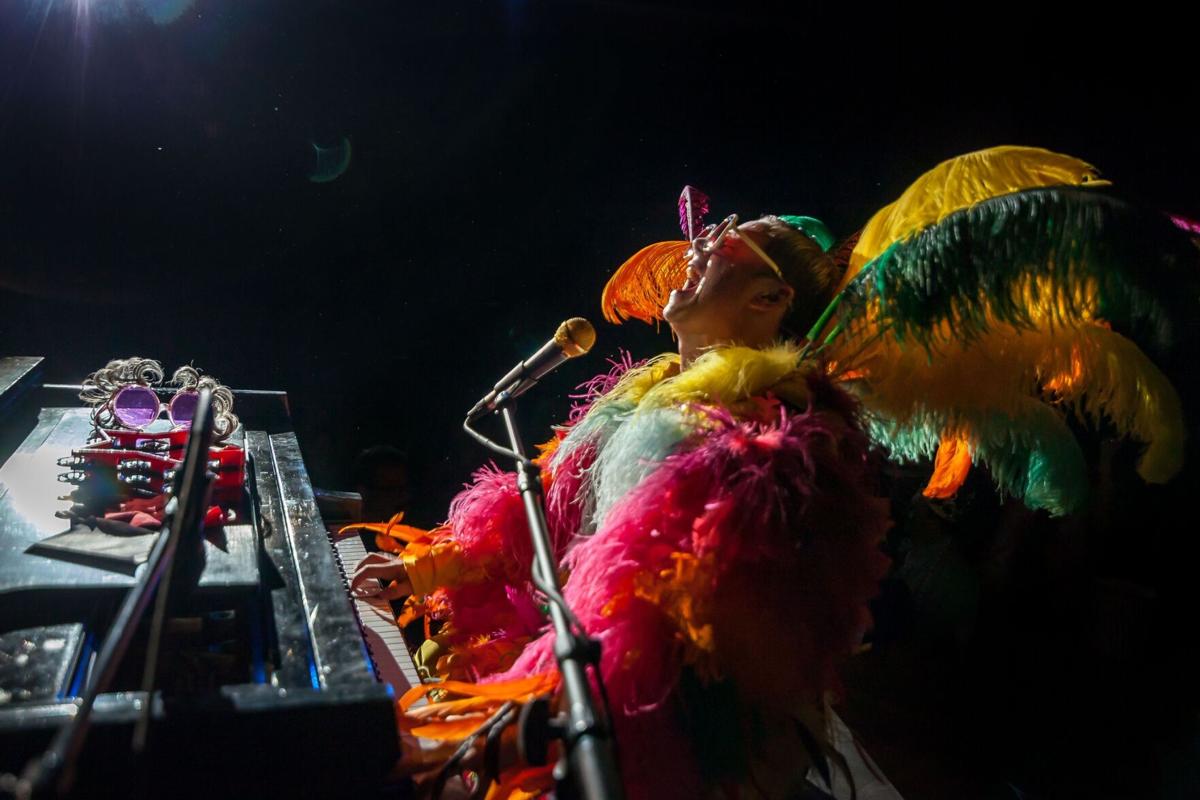 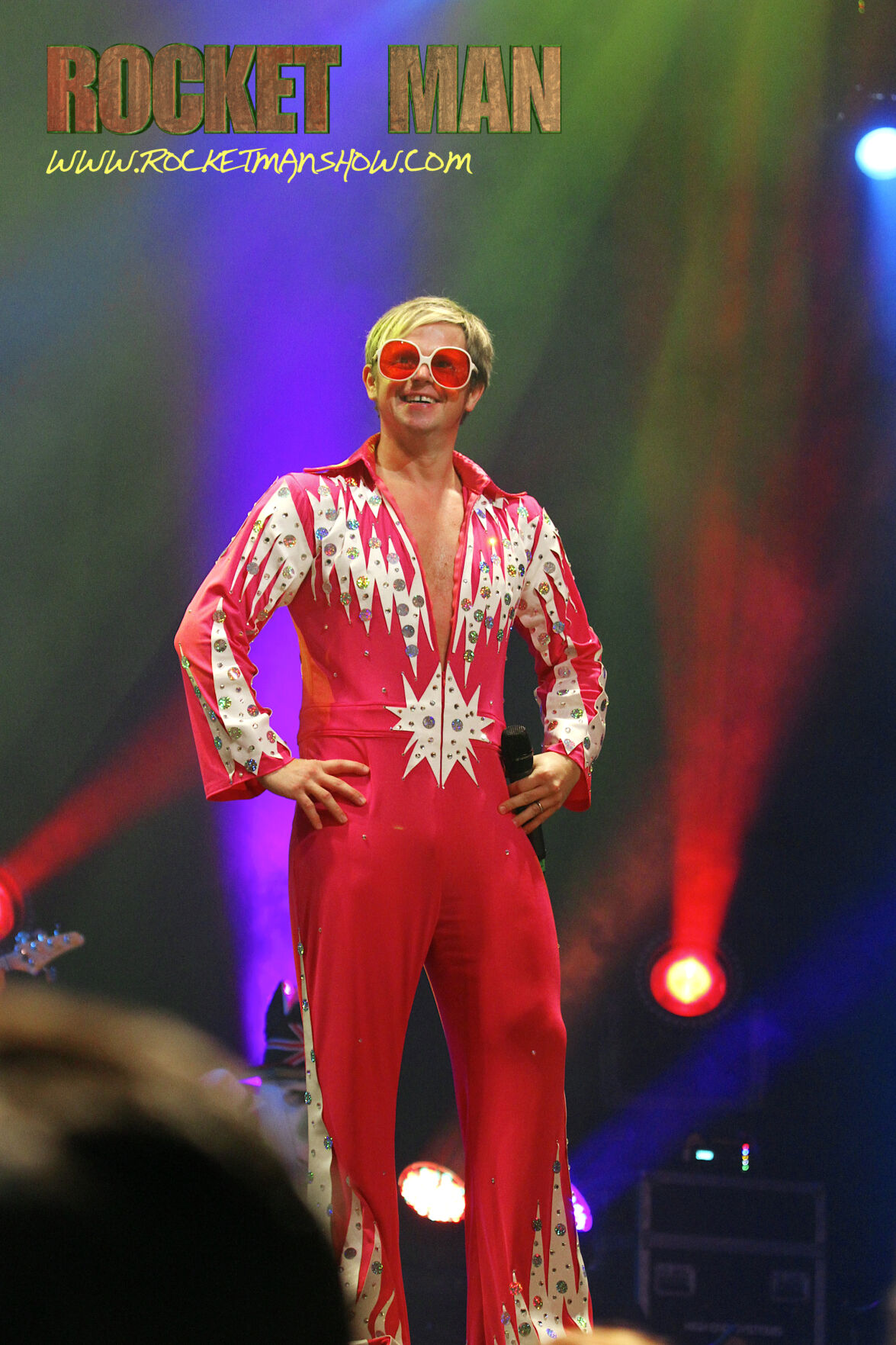 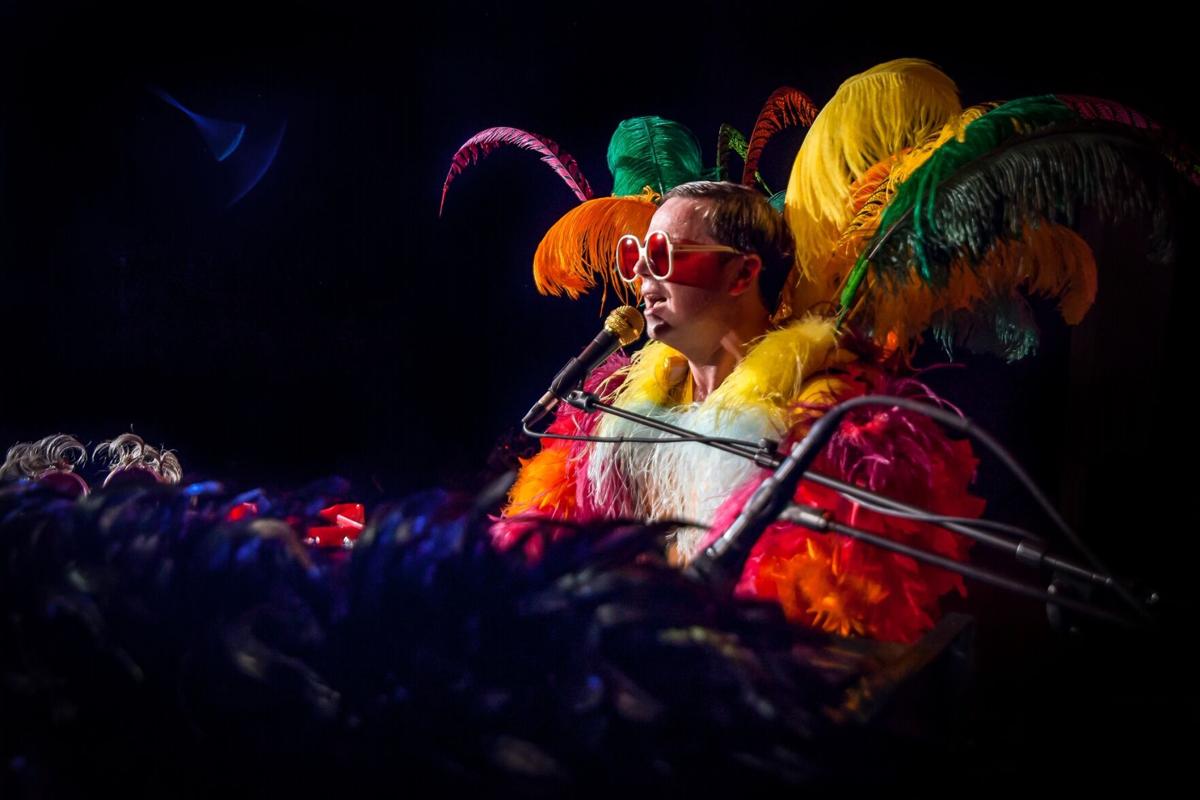 Rus Anderson plays Elton John in the touring Rocket Man Show, which comes to the Boot Barn Hall this weekend. 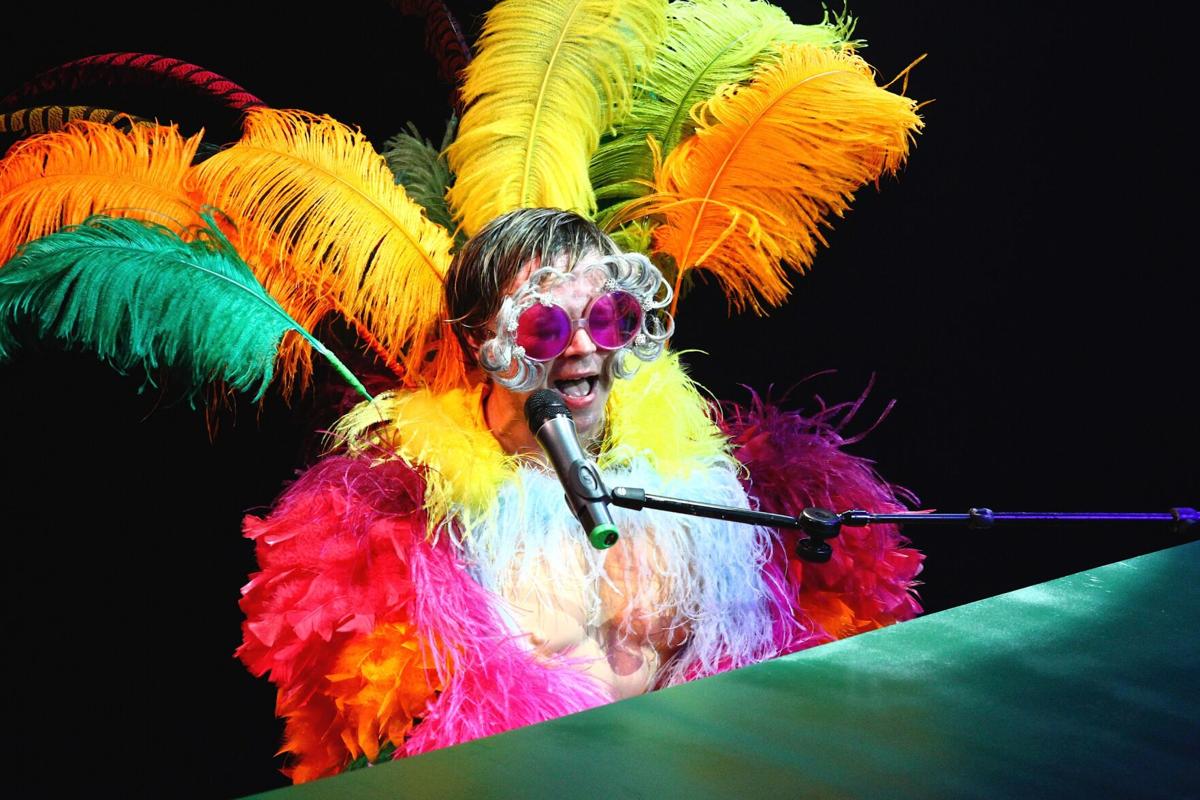 Rus Anderson performs hits made popular by Elton John from the 1970s. 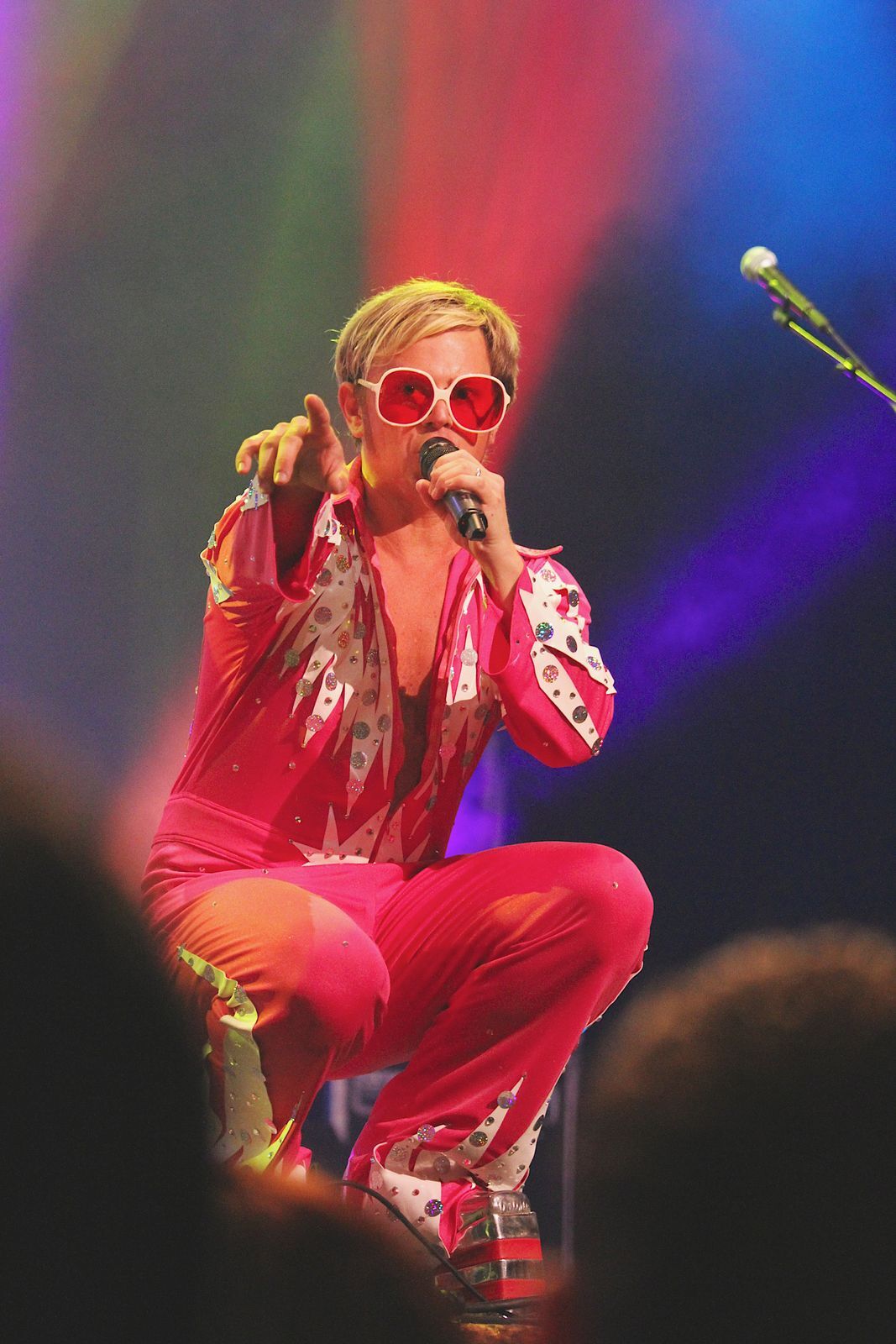 Rus Anderson plays Elton John in the touring Rocket Man Show, which comes to the Boot Barn Hall this weekend.

Rus Anderson performs hits made popular by Elton John from the 1970s.

Like the one about his favorite hit from the famed singer. Anderson likes “Your Song” because John opened with the soft ballad during his first concert in the U.S. in 1970.

And then there’s the one about meeting the iconic performer he’s emulating. When you’re an Elton John impersonator like Anderson, you don’t forget that.

Or the reason they met in the first place.

In 2018, Anderson was selected personally by the “Your Song” singer to appear in his Farewell Yellow Brick Road Tour. Anderson played, as he does in his tribute concerts, a young version of John in virtual reality videos made to promote the tour and used as background material during the tour’s concerts.

“I got a random email from Elton John’s office, which is kind of scary at first. We thought they were going to tell us you can’t do this anymore,” Anderson said. “When they told me what was going on, it really blew my mind.”

Anderson’s Rocket Man Show, which comes to the Boot Barn Hall three nights this weekend, caught the attention of John and his team, who apparently noticed an uncanny resemblance between the impersonator and the star.

Anderson was invited to do a video shoot in Los Angeles, where he gave a sample of his usual performance including the fabulously detailed costumes that his wife makes. He nightly sports a sparkly ’70s Los Angeles Dodgers uniform, a gaggle of peacock-like colorful feathers and a white tuxedo adorned with dazzling studs.

And he got to meet John.

“That was when I really realized the gravity of the situation and how big of a deal was it,” Anderson said. “I’m still kind of in shock about it.”

The native of Glasgow, Scotland, grew up around musicians like his father, who modeled how to grab the attention of a buzzy bar crowd. When Anderson later played in rock bands and sang original songs, the occasional person in the audience would make Elton John comparisons.

Anderson didn’t think much of it. He liked the Rocket Man’s music as much as the next guy.

As years went by, something told him to try a tribute show. In the early 2000s, there weren’t many other than for Elvis and Michael Jackson.

Anderson’s Rocket Man Show debuted in 2009 and has since gotten “bigger and better,” he said. Billed as “the most authentic Elton John tribute show in the world,” he has performed at the House of Blues, BB King’s and Universal Studios.

Anderson makes sure to throw flamboyance, high energy, crazy and wild moves and personality into every show, the way he’s watched John do in the concert videos he’s studied over the years.

“Elton got very big very fast because he had a really good stage presence and connection with his audiences and he attributes that to playing in bars,” Anderson said. “That’s how I was brought up, too.”

On top of that, Anderson has the image down.

“It just so happens that I kind of sound like him and I kind of play the piano like him,” Anderson said. “I just got lucky I suppose.”

He always aims to make a connection with people in the crowd, who are often wearing Elton John T-shirts and singing along to every word.

After doing this over a decade, Anderson can see why they show up. He considers himself a “superfan” now.

“The biggest thing with Elton John is he never ever took himself seriously and then he sat down and sang the most beautiful songs,” Anderson said.

What: The Rocket Man Show

Price: Tickets, $49, are available at bootbarnhall.com.