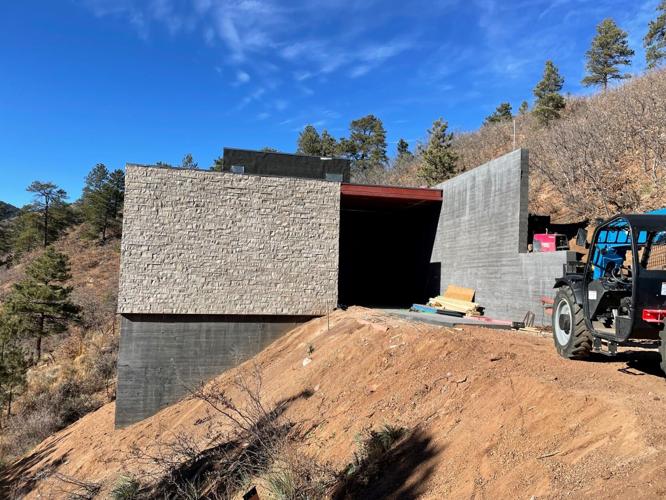 James Turrell’s Skyspace, pictured during construction, will open Saturday and kick off the annual Green Box Arts Festival in Green Mountain Falls. It’s one of 85 Skyspaces in the world and the only one in Colorado. 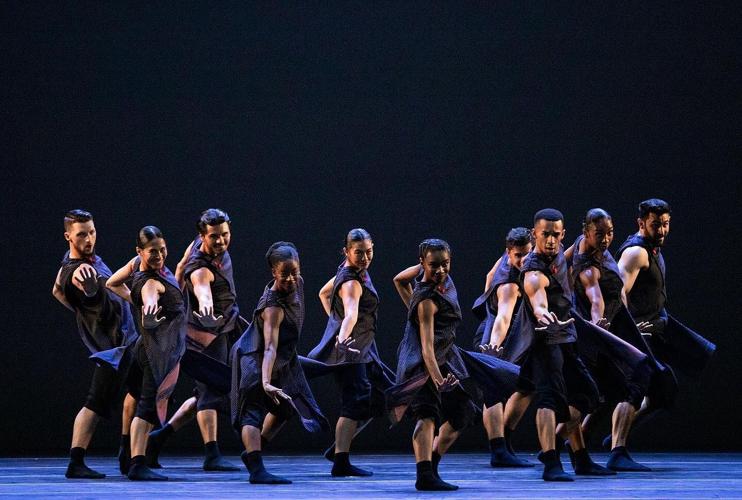 James Turrell’s Skyspace, pictured during construction, will open Saturday and kick off the annual Green Box Arts Festival in Green Mountain Falls. It’s one of 85 Skyspaces in the world and the only one in Colorado.

You’ll never look at a sunrise or sunset the same after observing one from inside James Turrell’s Skyspace.

More than two-dozen people at a time will be able to sit inside the American artist’s new observatory-like light chamber in Green Mountain Falls, where an oculus, or round opening, in the ceiling will open to reveal the early morning or evening skies during an hourlong show.

The long-awaited permanent installation will open during the annual Green Box Arts Festival, a more than two-week celebration in the tiny mountain hamlet about 20 minutes from downtown Colorado Springs. It runs Saturday through July 4.

“It was a gift that could be permanent and attract visitors to Green Mountain Falls all year,” said festival co-founder Larry Keigwin, a New York City-based choreographer and artistic director of the New York City-based professional dance company Keigwin + Co. “James is a popular, well-known Western artist. Our little town in Colorado is a Western town. It feels like a nice marriage of art and nature.”

Skyspace also will offer two 20-minute shows during the day, thanks to a retractable roof that closes. While the day shows won’t reveal the sky, the insides will ignite with different color schemes. Tickets for Skyspace are $5 or free, depending on which show you attend. Reservations are recommended. And be mindful there’s a 15-minute hike to the exhibit on Red Butte, though an ATV is available to transport people to the exhibit. The space also will be open for visitors to wander into and sit during the day.

“James Turrell’s Skyspace is an experience,” said festival executive director Scott RC Levy, “to change your perception of what the sky is, where the sky is and how it operates.”

The new Skyspace is one of 85 in the world, and the only one in Colorado. It’s also the only one to be built on a mountain and with a retractable ceiling.

“My work is more about your seeing than it is about my seeing, although it is a product of my seeing. I’m also interested in the sense of presence of space; that is space where you feel a presence, almost an entity, that physical feeling and power that space can give,” Turrell wrote on his website.

Ashley Cornelius, the poet laureate of the Pikes Peak Region, will kick off the festival on Saturday, along with music by outlaw blues and trash-grass band Tejon Street Corner Thieves. The Denver Dolls, a WWII era-inspired trio of female vocalists, will close the festival on July 4 along with Grammy Award-winning Latin guitarist El Twanguero.

“It’s a cornucopia of visual and performing arts events where the arts and nature unite,” Levy said.

Launched in 2009, Green Box is the brainchild of Keigwin and Christian Keesee, a New York City-based philanthropist and chairman of the Kirkpatrick Foundation, Kirkpatrick Bank and Kirkpatrick Oil & Gas Co.

Keesee is part of the Kirkpatrick family, who have lived in the Green Mountain Falls area since the 1900s. While he grew up in Oklahoma, the family would escape to the mountain town during the summer and he fell in love with the quiet, peaceful area. In 2006, Keesee invited Keigwin + Company for a dance residency program. Other arts activities began to take root, and the festival grew in size, now attracting more than 1,000 visitors every summer.

When: Saturday through July 4

Where: Venues throughout Green Mountain Falls