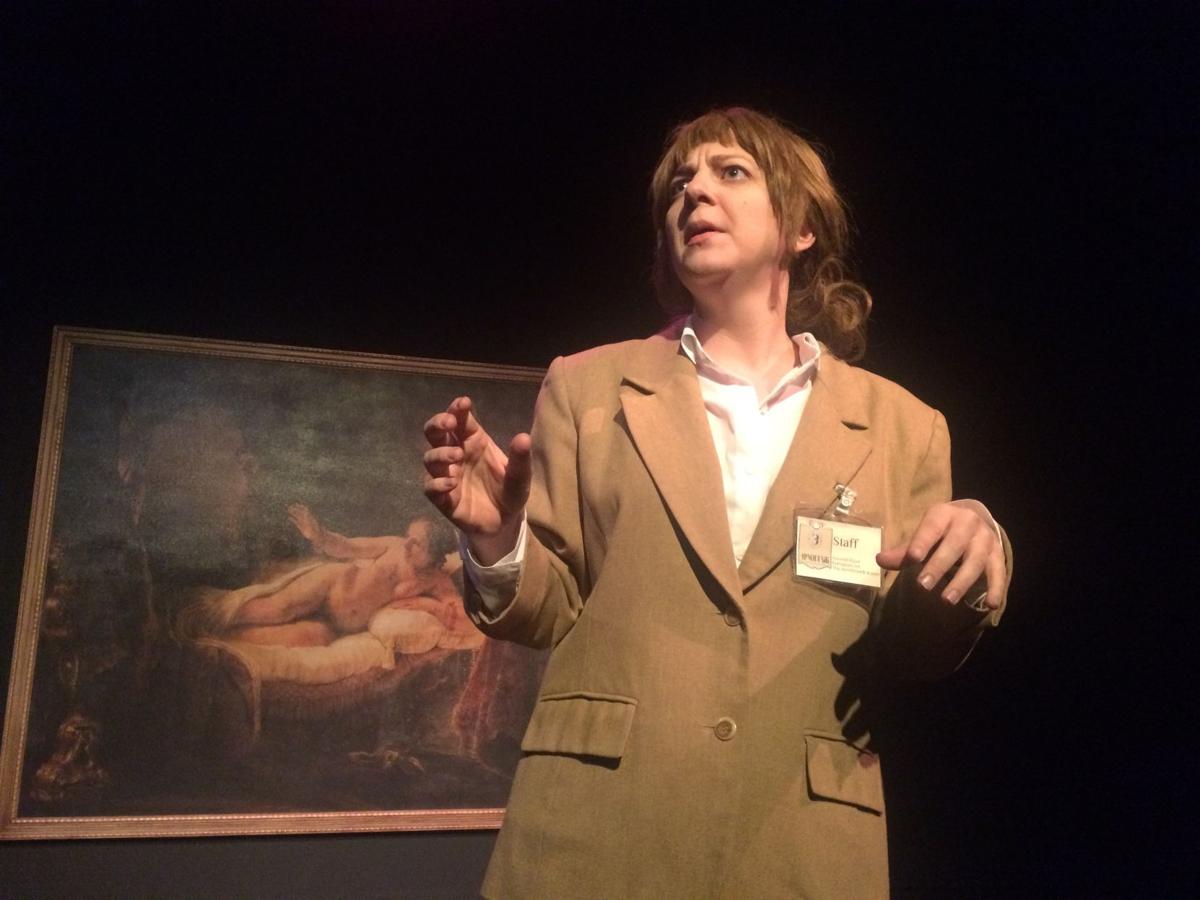 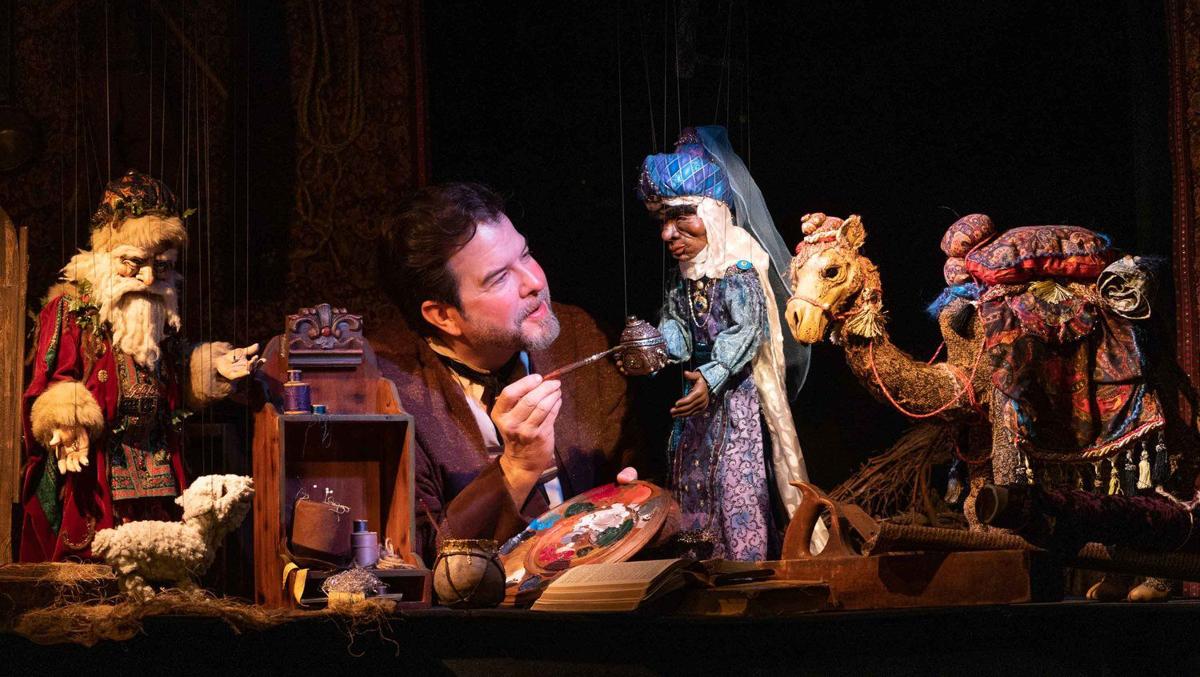 Simpich Showcase will present “A Christmas Carol” Friday through Dec. 4. 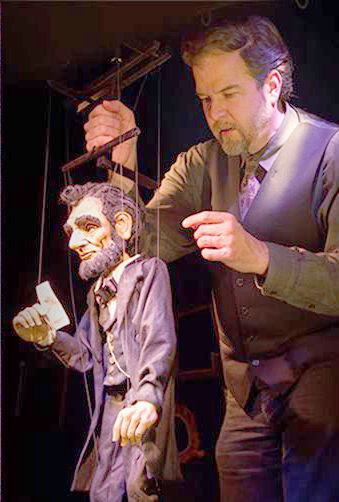 David Simpich and one of his many string-puppet characters. This year Simpich Showcase will perform "A Christmas Carol." It opens Friday and runs through Dec. 4. Courtesy 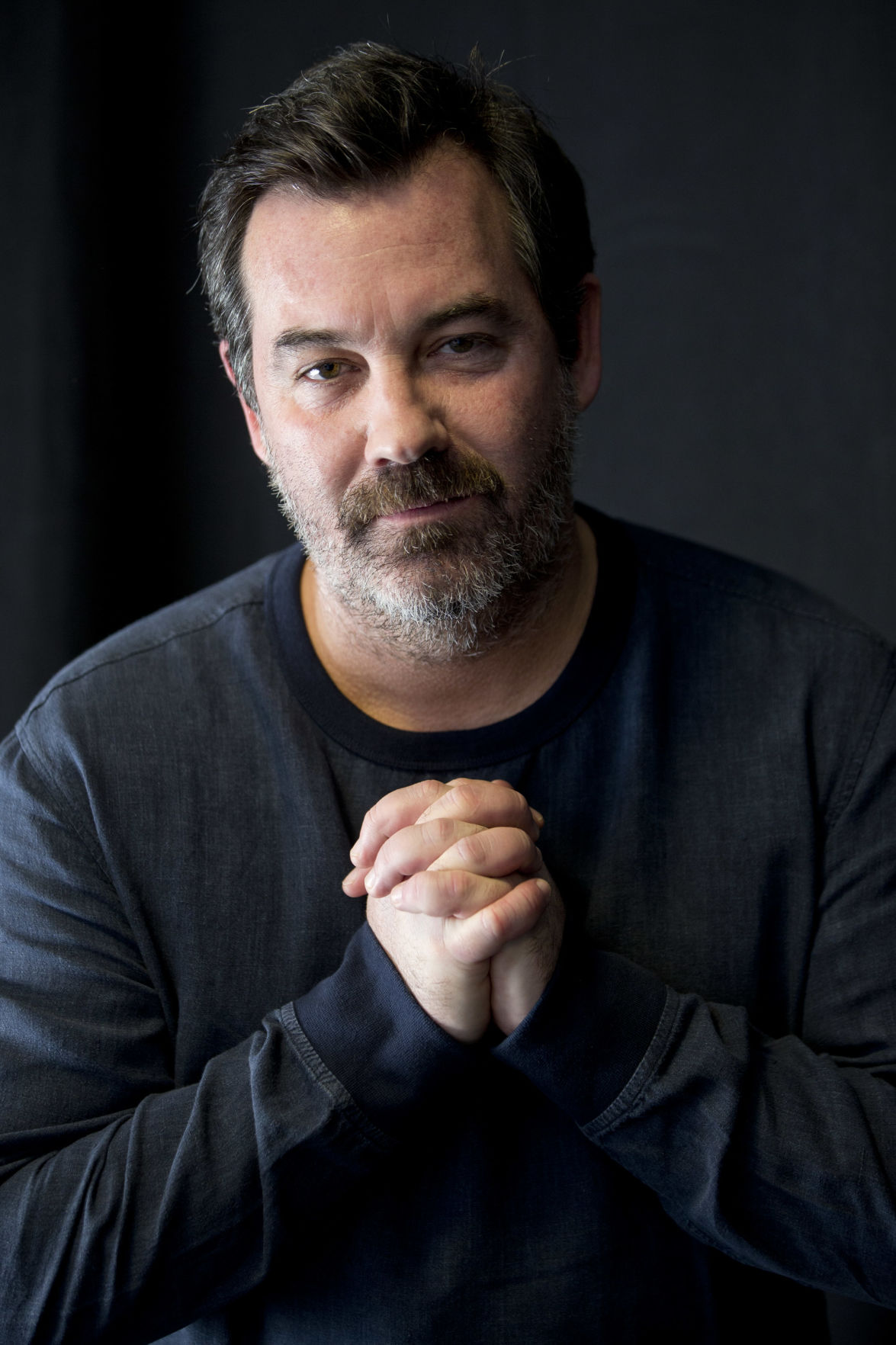 Duncan Sheik wrote the music for the Tony Award-winning musical "A Spring Awakening." Colorado College's Department of Theatre and Dance will perform it Thursday through Sunday at Cornerstone Arts Center. Photo by Brian Ach/Invision/AP 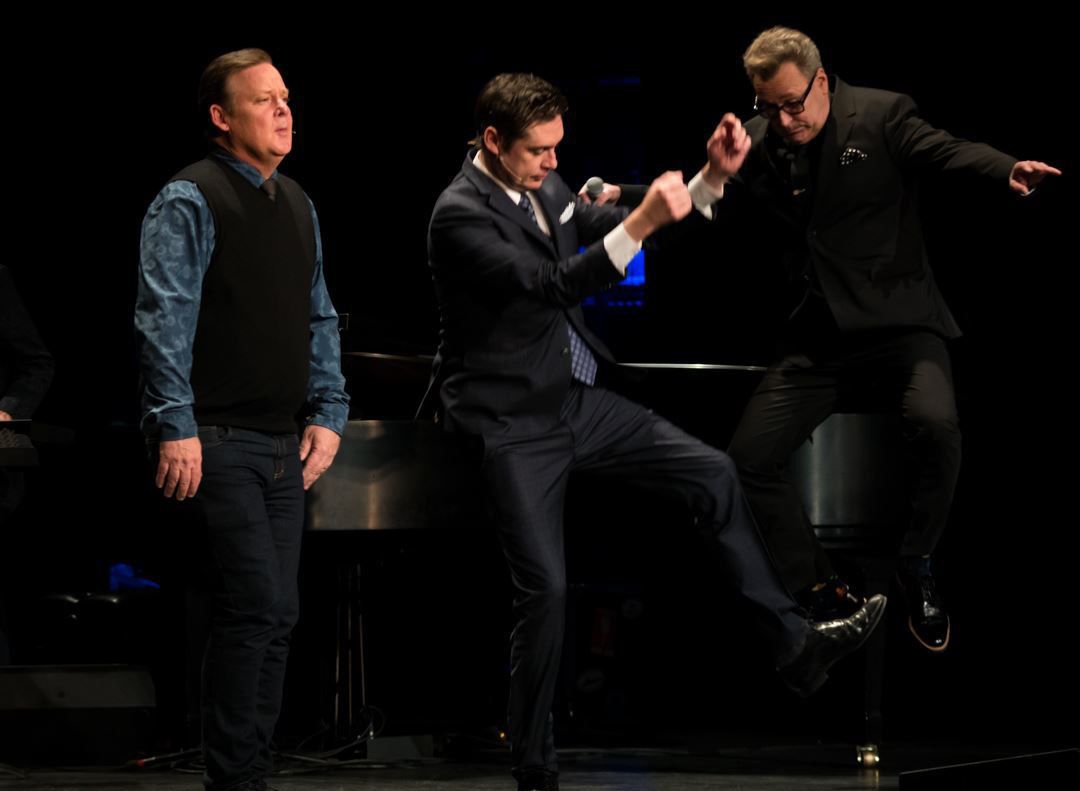 The comedy improv show “Whose Live Anyway?” will return to Pikes Peak Center on Friday. 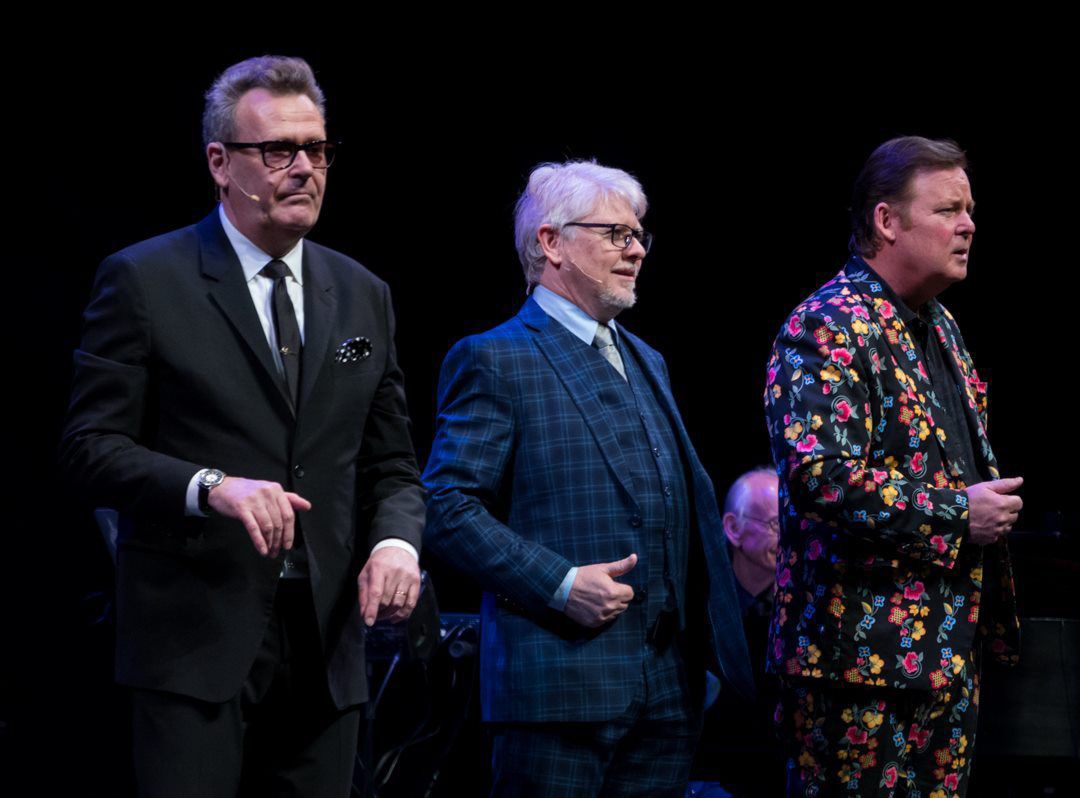 Simpich Showcase will present “A Christmas Carol” Friday through Dec. 4.

David Simpich and one of his many string-puppet characters. This year Simpich Showcase will perform "A Christmas Carol." It opens Friday and runs through Dec. 4. Courtesy

Duncan Sheik wrote the music for the Tony Award-winning musical "A Spring Awakening." Colorado College's Department of Theatre and Dance will perform it Thursday through Sunday at Cornerstone Arts Center. Photo by Brian Ach/Invision/AP

The comedy improv show “Whose Live Anyway?” will return to Pikes Peak Center on Friday.

Tell somebody to make you laugh, and you’ll probably be met with a blank stare. Maybe a sneer.

Tell the four guys in the improv comedy show “Whose Live Anyway?,” and chances are good you’re in for a treat. And even if it falls flat, it still might be worth a giggle.

“Failing is part of improv, and failing funny,” said Greg Proops, a longtime member of “Whose Live” and the popular TV show it’s based on, “Whose Line Is It Anyway?,” which ran from 1998 to 2007 on ABC and ABC Family and returned in later years on The CW. “That’s a skill you have to learn. I don’t worry too much. We don’t give up. Not everything is gold.”

The show will make a stop Friday at Pikes Peak Center.

Four comedians — Proops, Dave Foley, Joel Murray (actor Bill Murray’s brother) and Jeff Davis — will play on stage for 90 minutes, and rely on lots of audience interaction. Those who have watched the TV show, which was based on the British TV show of the same name, with host Drew Carey in the early years and now Aisha Tyler, and with an ever-evolving lineup of comedians, such as Ryan Stiles, Colin Mochrie and Wayne Brady, will be well-indoctrinated to the process.

The stage show differs in that there’s no host and no racking up of points to determine a winner, but some of the improv games are the same, including “Greatest Hits,” “Forward/Reverse,” “Freeze Tag” and “New Choice.”

Audience members should be prepared to either shout out suggestions for skits or be hauled up on stage. And Proops would appreciate it if you thought out your ideas before screeching them out in the crowded concert hall.

Regardless of what comes up: “It’s our job to make whatever we get funny.”

It would be fair to say Proops’ life mission is entertaining the crowds, whether at a live show or through his decade-old podcast, “The Smartest Man in the World,” which he hosts with his wife. He remembers going to see his first improv show 40 years ago, and when the performers asked for an audience volunteer, his hand shot up. They asked him to join the group the next day.

“When you’re 19 you don’t have any nerves,” he said. “You think you’re funny. You’re completely oblivious as far as failure goes. Then you get older and you’re more conservative. Now I don’t care at all. The audience desperately wants you to win. It’s when you watch a comic die that it’s so painful for the audience. They do want you to win.”

German dramatist and poet Bertolt Brecht wrote his play in 1939 in response to Adolf Hitler’s invasion of Poland and the rise of Fascism and Nazism. It is considered one of our time’s greatest anti-war plays.

Set in Europe during the Thirty Years’ War, from 1618 to 1648, Brecht’s play follows the life of a woman nicknamed Mother Courage. She’s a crafty canteen woman with the Swedish Army, who’s determined to make a living from the war and support her three children.

‘The Rembrandt Room’ by Buntport Theater

When: 8 p.m. Friday and Saturday

Buntport is known for its original works co-created by company members. “The Rembrandt Room,” much praised in reviews, debuted in 2016 and is back for an encore. In Russia’s Hermitage Museum, a lone guard stands watch over the room housing Rembrandt’s “Danaë.” In the show’s one long monologue, the guard points people to the bathrooms and makes sure they stay back from the paintings and don’t take photos. As she gazes at the naked reclining model in the portrait, she goes deeper, discussing the difference between nude and naked, and unspools the history of Danaë.

‘Esther: The Queen of Persia’ by Andrew Wommack Ministries

The family-friendly musical tells the story of Esther three decades after she ascended to royalty, after beginning life as a Jewish girl exiled in Persia. She devoted her life to saving her people, the Jews, which led to her becoming queen of the empire in the biblical world.

More than 50 cast members will star in the fourth original production by Robert and Elizabeth Murens to premiere at Charis. Their other shows include “The Heart of Christmas” and “David: The King of Jerusalem.”

Alyssa Townsend and Melody Klema are the Clam Corp, two local comedians who are determined to prove women are indeed funny. Just as funny as men. Each showcase will feature female comics from around the state and highlight female businesses and artists

When: 7:30 p.m. Thursday through Saturday

Set in late-nineteenth century Germany, the show performed by Colorado College’s Department of Theatre and Dance follows a dozen teenagers as they stumble through the mysteries of sexual awakening. Popular songs from the musical include “Touch Me,” “Don’t Do Sadness,” “The Song of Purple Summer” and “Mama Who Bore Me.”

'A Christmas Carol’ by Simpich Showcase

If you’ve never seen puppeteer David Simpich in action, it’s worth it to go. Here’s one for those who wait all year for the holiday season. Simpich will maneuver more than 20 handmade puppets in an original adaptation of Charles Dickens’s classic story of Ebenezer Scrooge, an old man who has no holiday love. Or any love, for that matter, until the ghosts of Christmas past, present and yet to come pay him a visit.

Simpich’s puppets are elaborately designed, and chances are good viewers might forget there’s a human being behind them.

For a complete list of performances, go online to gazette.com/arts- entertainment