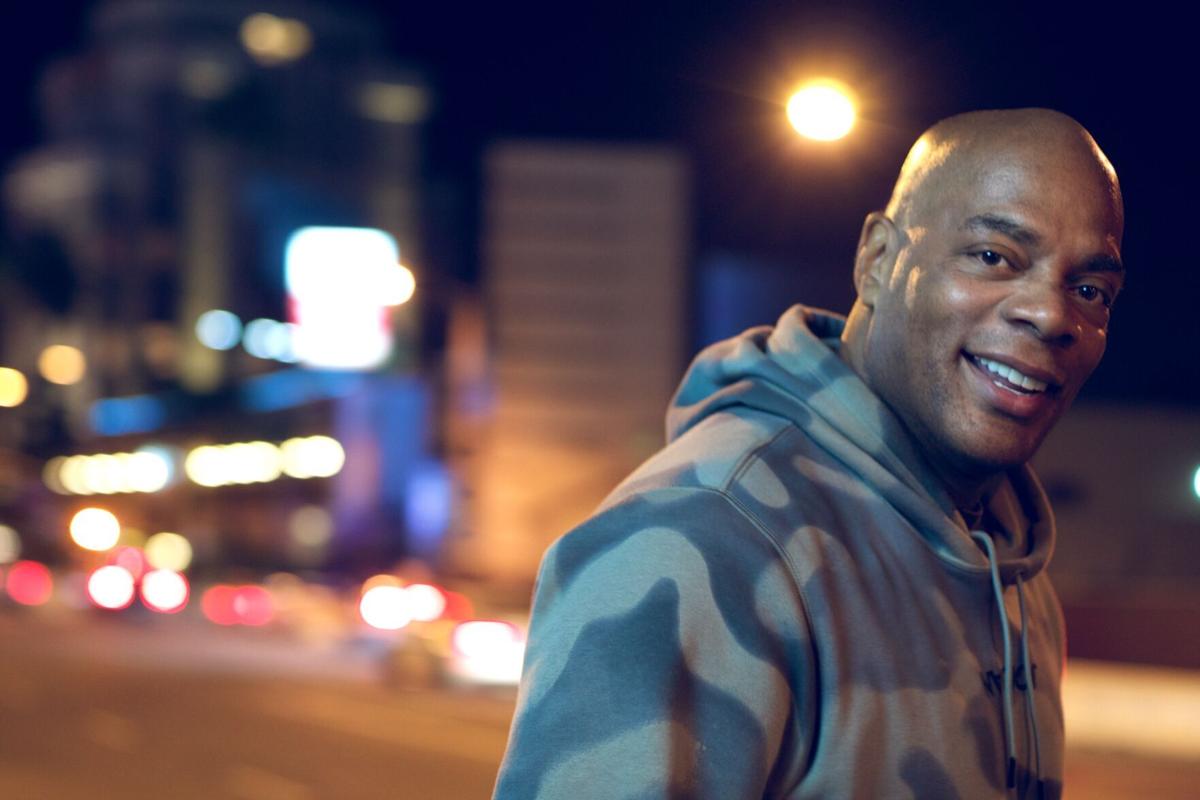 Alonzo Bodden will be at 3E’s Comedy Club on Friday and Saturday. The Los Angeles-based comic was the winner of season three of NBC’s “Last Comic Standing” in 2004. He’s also a regular panel member on the NPR news quiz show, “Wait Wait ... Don’t Tell Me.” 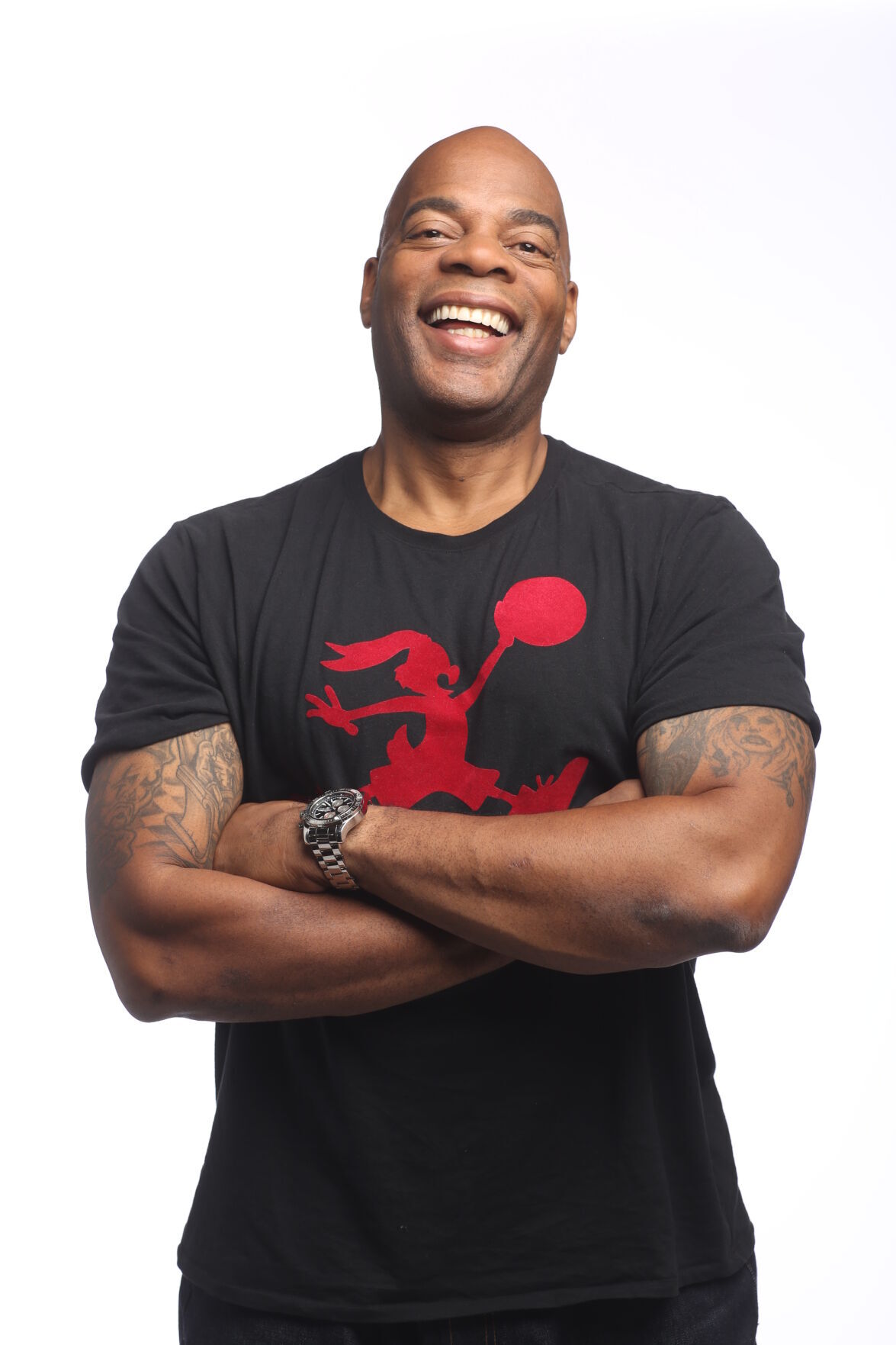 Alonzo Bodden discovered stand-up after training a crowd of airplane mechanics. People laughed at his stories, so he took a comedy writing class and never looked back.

He’s funny, and he knows it.

Comedian Alonzo Bodden always knew he could make people laugh. He got the gift of funny from his mom.

But it wasn’t until he was around 30 and working as an airplane mechanic that he realized he could make a career out of laughter. As he trained others to become mechanics, he had to stand in front of a room and speak. And while that’s a top fear for most of the population, he bloomed.

In the wake of a layoff, he decided to give stand-up a go. He took a comedy writing class, did 5 minutes of material in front of a crowd and never looked back.

“I’m better talking to 100 people than one person,” Bodden said from his home in Los Angeles. “Talking to you right now is the most miserable, nerve-racking experience I’ve ever had. It was very natural and one of those things where I didn’t know I had that talent until I did it. When people talk about it being hard, it was never hard for me. I love doing it.”

8 weekend things to do around Colorado Springs and beyond: Whitewater festival, bed races, vintage cars and BBQ

His big break came when he was deemed the winner of season three of NBC’s “Last Comic Standing” in 2004. Since then he’s gone on to release four specials, including 2019’s “Heavy Lightweight” on Amazon. His fifth comedy CD, “Man Overboard,” debuted in 2018. Many podcast listeners also might recognize his deep baritone voice from his gig as a regular panel member on the NPR news quiz show “Wait Wait ... Don’t Tell Me!” He also hosts his podcast, “Who’s Paying Attention?”

Bodden will be at 3E’s Comedy Club Friday and Saturday.

And he’s raring to go. It’s been a year and some change since he was able to get out and work the crowd at clubs. He’s ready with the material, and yes, a chunk of it is pandemic-related: “Everywhere except Florida has had a pandemic.”

And: “The anti-vax people. I find them hilarious because I’m confident Bill Gates is not looking for you. He has other things to worry about then where you’re at right now.”

Anything can be made funny in Bodden’s book. It all depends on the angle you take.

“Comedy has always been tragedy plus time,” he said. “It’s just a matter of finding it and a unique angle or perspective on that.”

And the material never runs dry. Just the other day he was walking into a Target and saw a Rolls Royce SUV parked in a handicapped parking space: “I got to thinking: What is he buying at Target? Then you start playing with that idea. Like, is the help taking the car to Target? And it grows into different things.”

Plentiful bits can be found by ingesting the news, such as the daily activities, or lack thereof, of President Joe Biden. Bodden loves that guy: “I have no idea what he did today. Isn’t that nice to say about the president? People thought Trump was great for comedians, and he was for a few, but for the majority of us it was like OK, how many times can I tell this joke or rewrite this joke? It’s nice to get away from that.”

He can’t claim to have ever been offended by a comedian’s joke, but there are such things as “garbage jokes” in his world. He compares the audience to a dog. Dogs know a person’s true colors. Crowds do, too. It’s usually the racial, misogynistic or gay jokes that can backfire on a stand-up.

“They know if you’re funny or if you’re saying it because you mean it,” he said. “If I do a joke about Gay Pride Month versus Black History Month, the audience picks up on the fact I don’t hate gay people. It’s funny that their month is longer than ours. I think we’ve earned a longer month.”

What’s offensive to the art of comedy, he said, is somebody who responds to a heckler with racial slurs, such as Michael Richards, of “Seinfield” fame, did in 2006.

“When you drop an n-bomb on someone in the audience, you’re not a comic, you’re an actor cashing in on your fame,” Bodden said. “I’ve been heckled and disagreed with, but never felt the need to go after the heckler, like you Jewish so-and-so or you Mexican whatever. It doesn’t come to mind because it’s not who I am. Now if it comes to mind, we know who you are.”