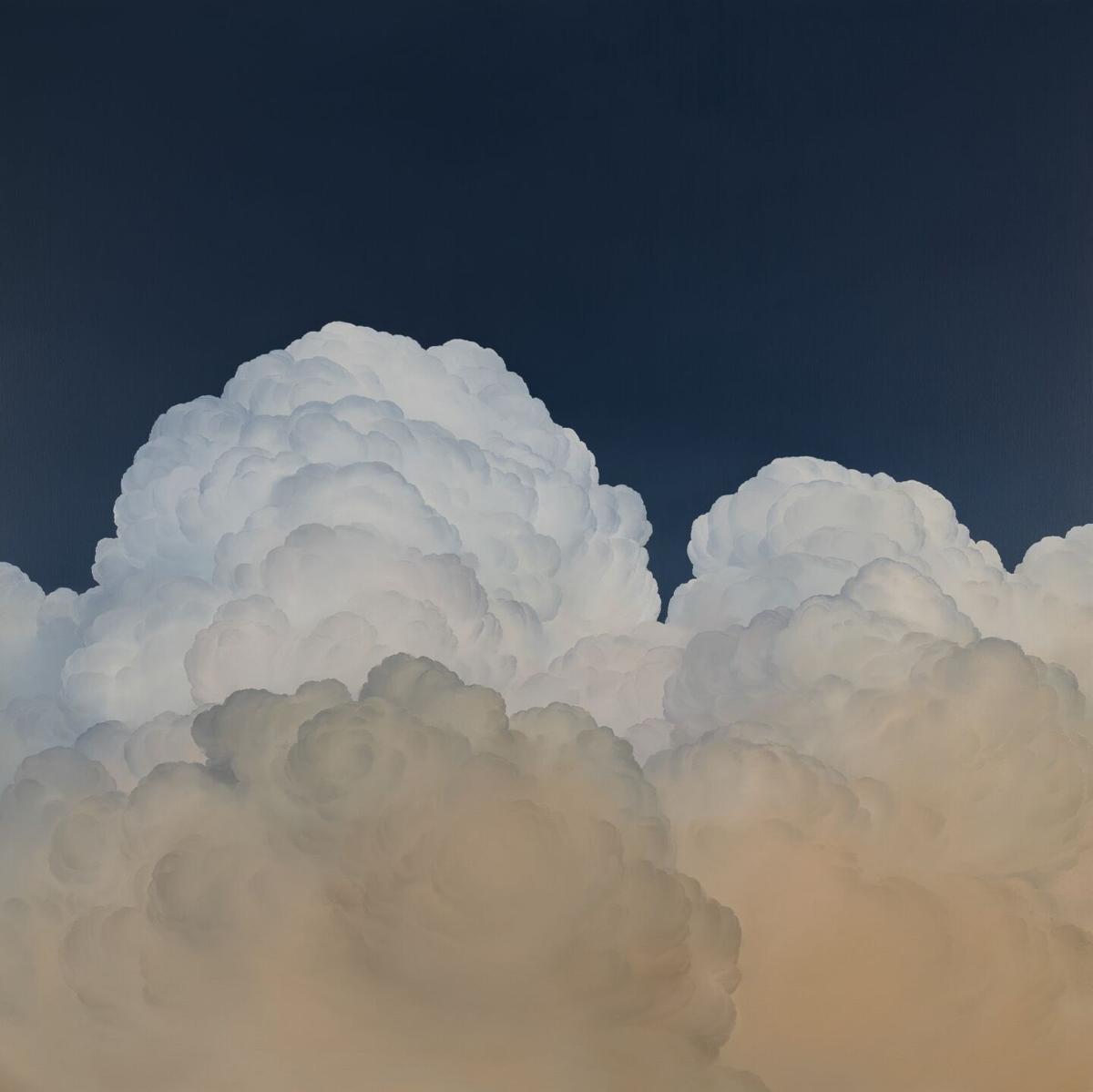 Ian Fisher, “Linda,” 60x60” inches, oil on canvas, 2019. Collection of Linda Gillam. The painting will be feature in the new exhibit “The Space(s) Between.” Courtesy Galleries of Contemporary Art at University of Colorado at Colorado Springs 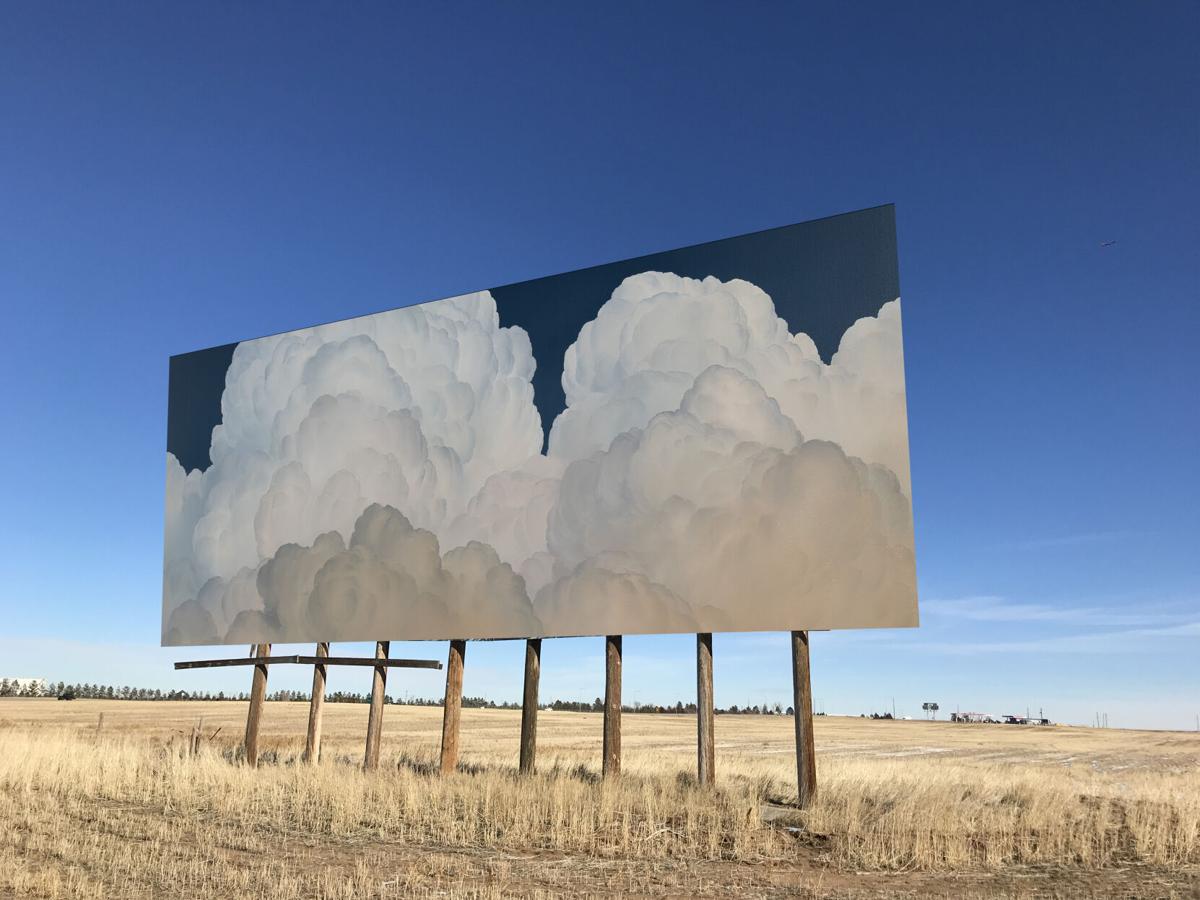 A cloudscape painting by Ian Fisher will adorn a billboard in Watkins as part of the new exhibit “The Space(s) Between.” 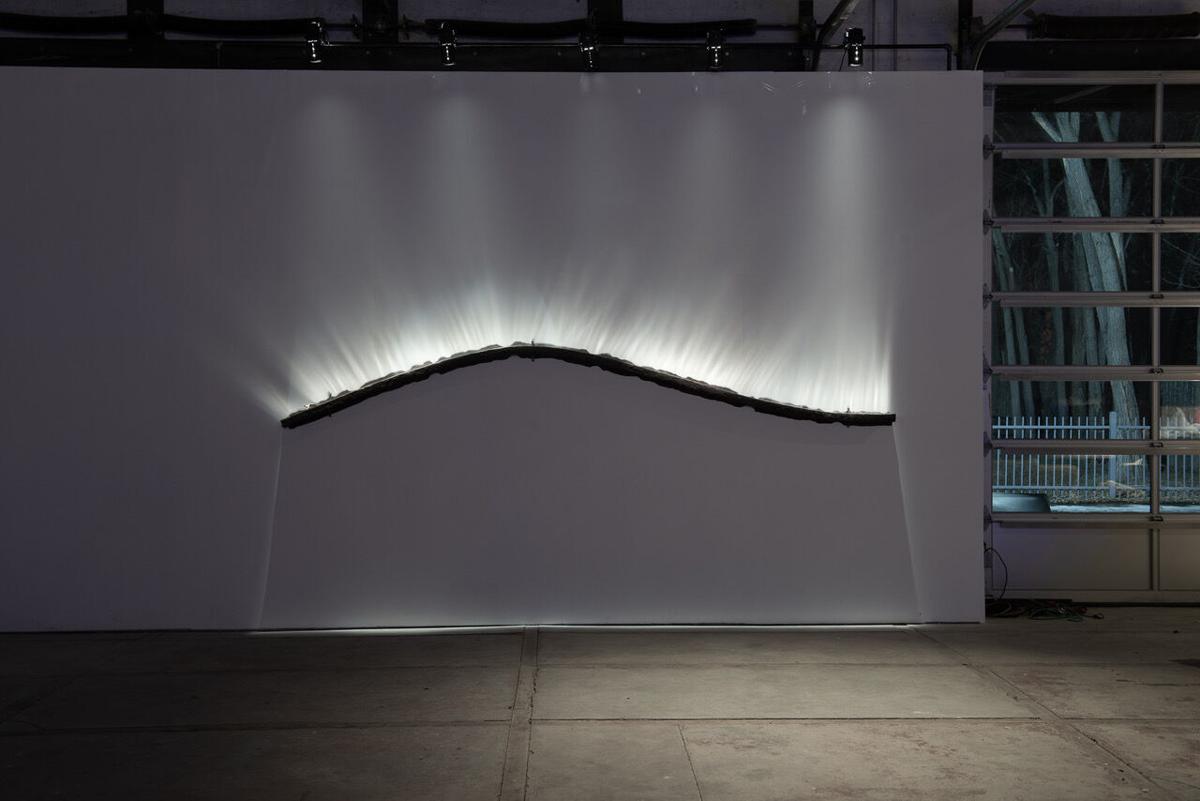 Ian Fisher, “Linda,” 60x60” inches, oil on canvas, 2019. Collection of Linda Gillam. The painting will be feature in the new exhibit “The Space(s) Between.” Courtesy Galleries of Contemporary Art at University of Colorado at Colorado Springs

A cloudscape painting by Ian Fisher will adorn a billboard in Watkins as part of the new exhibit “The Space(s) Between.”

Landscapes are a staple of the art world.

Whether you love them or sniff disdainfully at them, prepare to have your definition changed by “The Space(s) Between,” the new landscape exhibit at Galleries of Contemporary Art at the University of Colorado at Colorado Springs and Vicky Myhren Gallery at University of Denver.

“The subtitle is: ‘This is not your mama’s Sante Fe landscape,’” says Geoffrey Shamos, gallery director for Vicky Myhren Gallery. “These are new and interesting takes on an old genre. I love that this group of art is backward-looking toward a long history of work like this, and forward-looking and reinventing something that has a long history.”

Shamos, along with GOCA director and chief curator Daisy McGowan and independent curator Donald Fodness, have put together an indoor and outdoor exhibit that sprawls across Colorado Springs, Denver, Walsenburg and the eastern plains of Colorado, chiefly Watkins, where a billboard will display a cloudscape by painter Ian Fisher.

Many of the works will be up starting Thursday while some of the outdoor pieces will become available as the weather warms. Patrick Marold’s previously installed “The Windmill Project,” which features 2,000 8-foot posts with wind-activated components in a field near Ent Center, is also part of the “The Space(s) Between.”

Six things to do in and around Colorado Springs this weekend: Mueller hikes, Stonehenge, historic quilts, Dixie's Happy Hour, bagpipes

The exhibit will run through July 25, though the windmills will be up through October. A virtual gallery program will introduce the multifaceted project at 5:30 p.m. April 7. Go online to thespacesbtw.org for more details.

“We hope we’re offering so much art it’ll be hard to miss,” McGowan says.

Shamos and Fodness, who previously co-curated the exhibit “Jokes of Nature” at RedLine art center in Denver, were taken with the idea of highlighting the landscape of the region and its artists, but to steer away from the cliche tropes that often come along with depicting land. In the process, the idea of the horizon naturally floated to the forefront.

“The horizon is an interesting concept in how we relate to land,” Fodness says. “We never arrive at the horizon line. It’s always out there, like a rainbow. It’s something you orient yourself to.”

Shamos, an art historian who studied Renaissance art and the moment when landscape emerged as a genre, talks about the number of artists who moved to the West in the early 20th century and were blown away by the mountains, space and skies.

“The horizon for me is a way of organizing a picture,” he says. “If you have a horizon, you know where you stand if you’re outside or if you’re looking at a painting. It’s such an important compositional device. A lot of artists play around with that.”

Artists in the new show were selected for their creative ways of relating to the land and the notion of horizon. One work, by Elspeth Schultze, will be seen by passersby on North Nevada Avenue, near Ent Center. Schultze works with materials used in construction sites to mitigate flooding. She’ll place 60 bright yellow sandbags on the hill facing the street. They’ll leak sand over time, and, when they’re removed in the fall, they’ll leave behind a long-term imprint on the landscape.

In another piece, Denver sculptors and father and son Charles and Collin Parson, who own a VFW bar in Walsenburg, will transform the building, which is empty due to virus restrictions, into a piece of the landscape. Visitors will see a window display of Charles’ drawings and hear honky-tonk music emanating from inside the bar with the help of guerilla radio. The installation is planned to open in mid-April.

What: "The Space(s) Between"

Where: Marie Walsh Sharpe Gallery of Contemporary Art at Ent Center for the Arts, University of Colorado at Colorado Springs, 5225 N. Nevada Ave.

Something else: Works also will be displayed at Vicki Myhren Gallery at University of Denver, Shwayder Art Building, 2121 E. Asbury Ave., through May 2