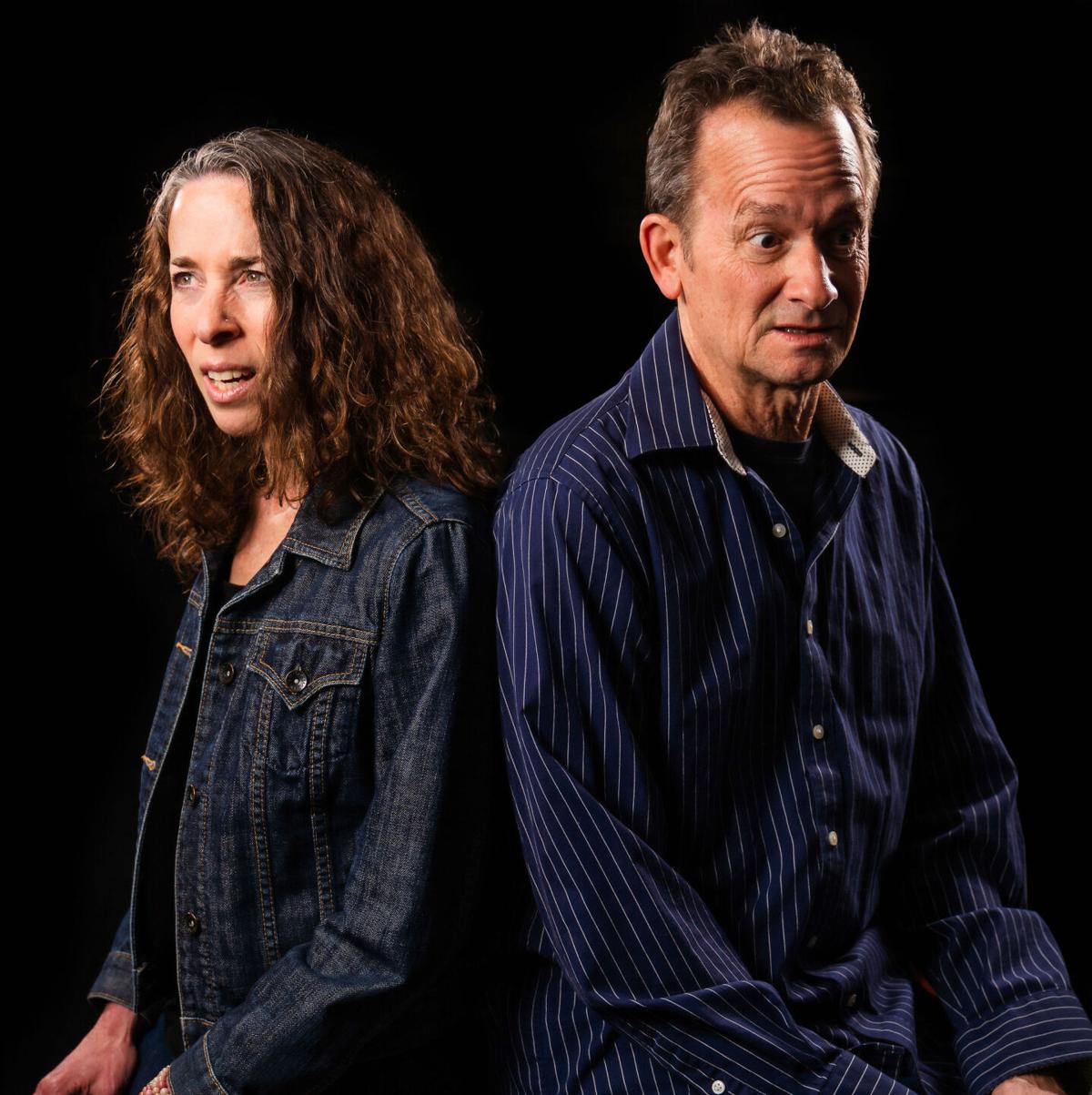 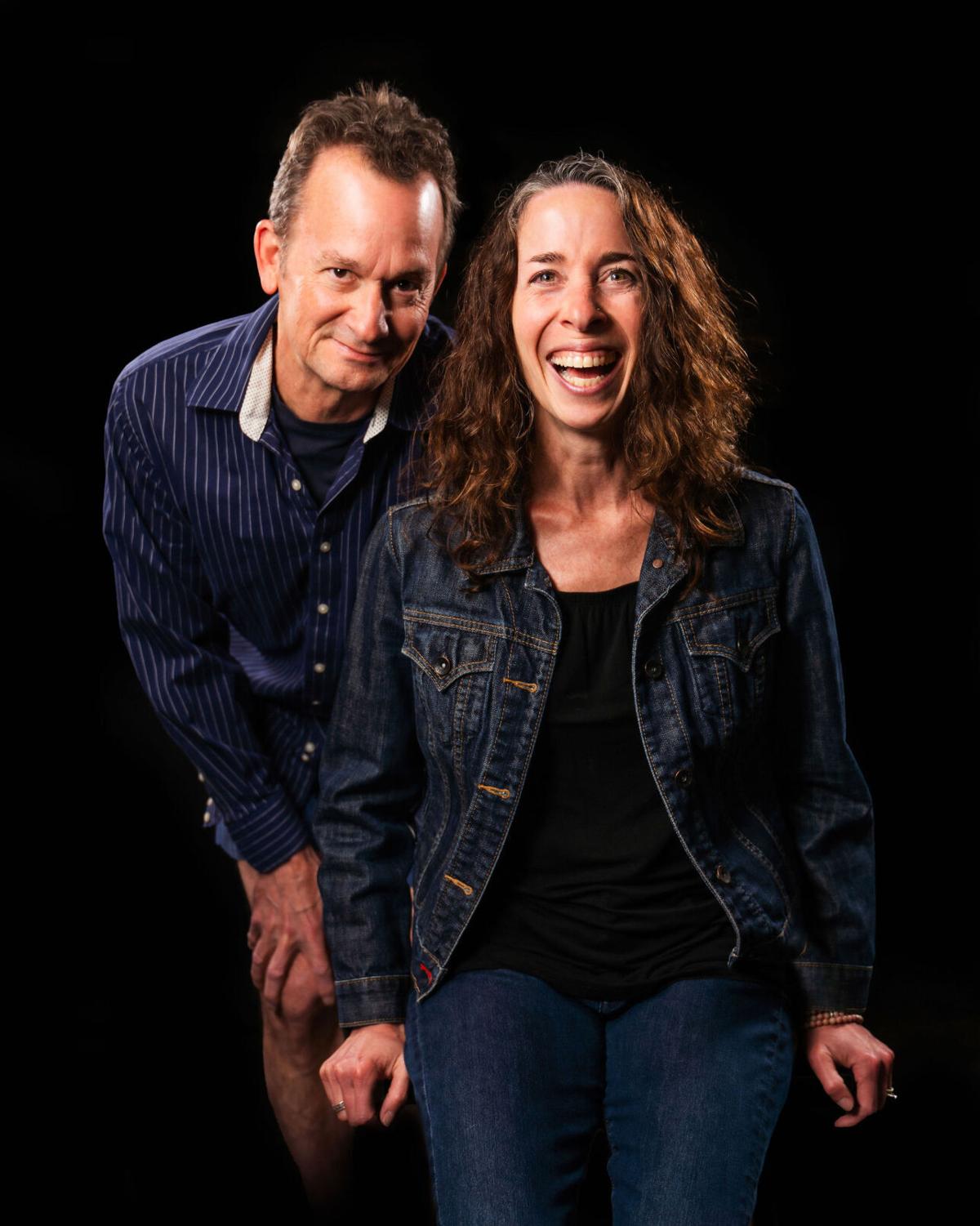 “In the Zoom,” written by actor and high school teacher Elizabeth Kahn-Lanning, is the first show by Kitty Drama Productions. Kahn-Lanning and her husband, actor Greg Lanning, formed the new company to help actors and theater companies during and after the pandemic.

“In the Zoom,” written by actor and high school teacher Elizabeth Kahn-Lanning, is the first show by Kitty Drama Productions. Kahn-Lanning and her husband, actor Greg Lanning, formed the new company to help actors and theater companies during and after the pandemic.

Craig and Kitty are having a rough go.

The couple has to quarantine from each other, but they keep messing up by accidentally going places where people aren’t wearing masks and other such COVID-19 dilemmas.

Elizabeth Kahn-Lanning’s new hour-long, two-person play, “In the Zoom,” will touch on many of the frustrations people might have felt over the last year of the pandemic. The black comedy stars Kahn-Lanning and her husband, Greg Lanning, and is the first release by their new Kitty Drama Productions, an online theater production company intended to help support theaters and actors during and after the pandemic.

The show will be available to stream beginning Friday for a $5 minimum donation. Go online to kittydrama.com. Proceeds will go to the Actors Fund, an organization aimed at helping the entertainment community, and Feeding America, a nonprofit with more than 200 food banks that feed millions of people.

“This isn’t theater, because you need a live audience,” says Kahn-Lanning, a Colorado Springs actor and high school teacher, “but I feel like you can connect through a screen.”

After Kahn-Lanning wrote the script, she and Lanning filmed it on Zoom in their Manitou Springs home. They’d send takes to director Warren Epstein, he’d give them notes and they’d reshoot until everybody was satisfied. But then came the curious part: What to do with the finished product?

They reached out to theater companies across the country, and offered the show as a fundraiser — companies could use the show to ask for donations to go to organizations of their choice. The response was lukewarm, but being as the show was time-sensitive, the couple decided to go bigger and create the new company that could double as a charitable organization. Their mission is twofold: to support theaters and actors during and after the pandemic and to donate their profits.

Next up for Kitty Drama is “The Hall of Mirrors: Not Another Word,” a 1940s radio murder-mystery by Denver playwright Jennie MacDonald.

Performing online can be a balm for actors who might be too sick to get to a theater for rehearsals. It’s an hour or two during the day when they can forget about their illness or not worry if they’ll have the stamina to make it to a show. For patrons, online shows are a way to have a night at the theater if circumstances have prevented them from doing so.

“We thought about those who can’t go back to the theater or are disabled or live in remote places or are just older, but still awesome actors,” says Kahn-Lanning. “I talk to people who say my mom hasn’t gone to the theater in 20 years because she can’t get there. Some people haven’t seen family members act for 25 years because they live so far away. We want actors to have that experience and bring theater to patrons who want to see it.”

Acting sparked the original love connection between Kahn-Lanning and Lanning, who met when they were cast as husband and wife in a Star Bar Players’ production of the farce “No Sex Please, We’re British” more than 25 years ago. A week or so before the show, Lanning hadn’t nailed his lines, which was making the rest of the cast nervous, says Kahn-Lanning.

So she invited him to coffee, where they ran lines and fell for each other. And now, they’re old pros at working together.

“You know things are going well when you say lines from the script in everyday life,” Kahn-Lanning says. “We laughed a lot. That’s our life. Things get really serious, and you have to find something funny about it. When it was all over, it was so weird. We were so exhausted, because it felt like we’d just struck a real show.”

What: "In the Zoom," by Kitty Drama Productions

When: Available to screen beginning Friday

Where: Go online to kittydrama.com