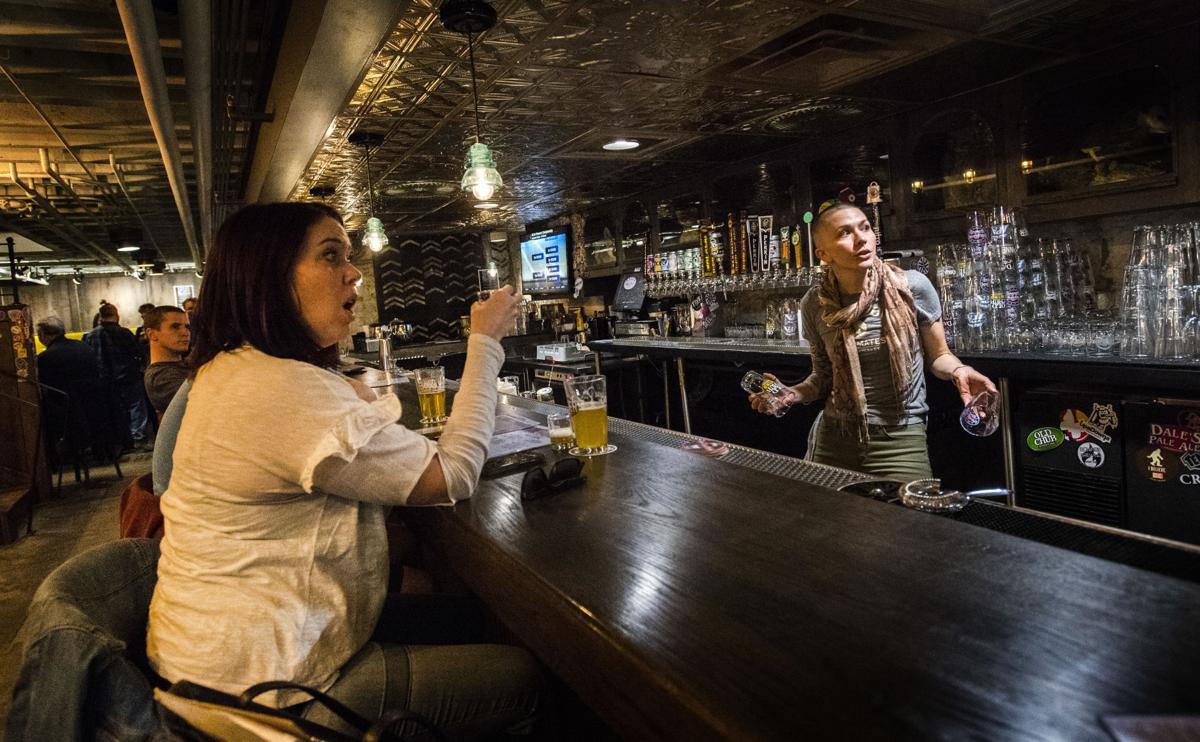 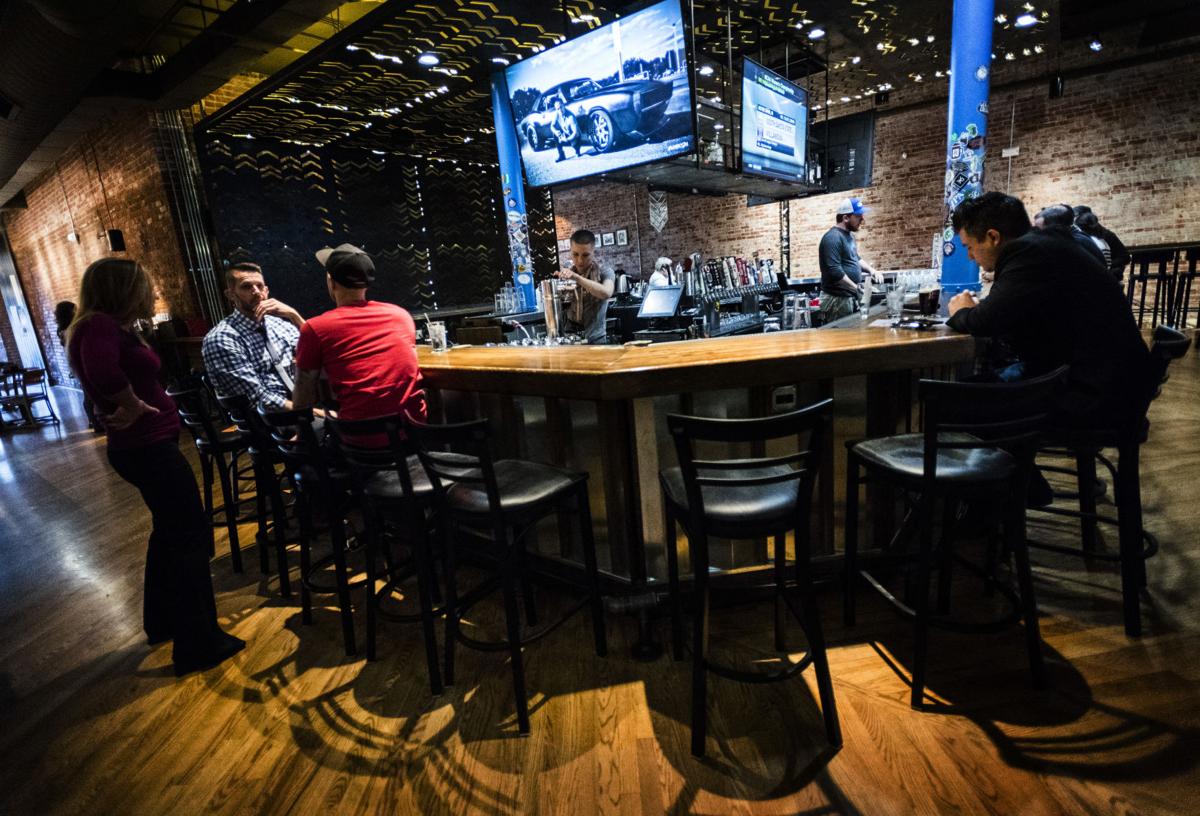 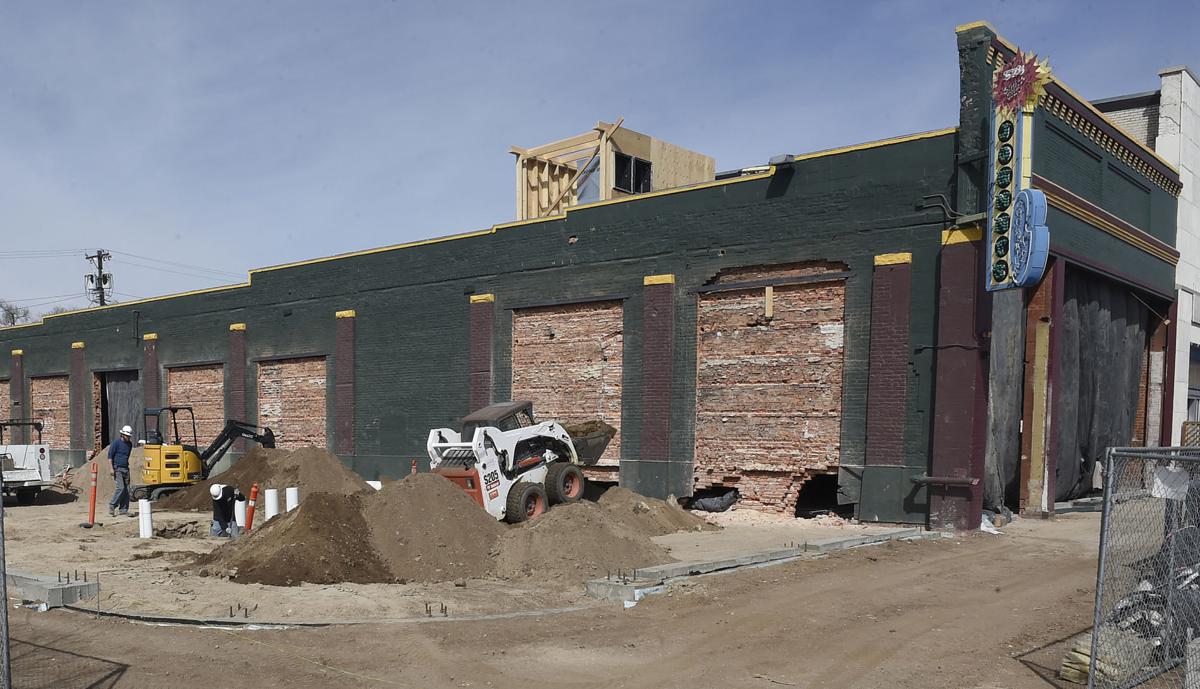 Don't bother driving an hour or more to visit some of the Denver area's trendier restaurants, pubs and entertainment venues.

They're coming to Colorado Springs.

Pikes Peak region residents love to eat and drink, of course. But the area's population growth, an influx of millennials, cheaper labor costs and an engaging quality of life are among the other lures for several popular restaurant and entertainment concepts that now are expanding here from northern Colorado.

"Up north, it's just saturated," said Jason Rogers, a partner in Longmont-based Oskar Blues Fooderies, which opened an Oskar Blues Grill & Brew restaurant and bar in October in the former Old Chicago Pizza & Taproom space on Tejon Street in downtown. "The rent's high. Everything's expensive. It's tough. It's a tough market, where the Springs is still, like, feels like real Colorado."

Maybe so, but some out-of-town restaurateurs and bar owners insist they see a difference between hectic Denver and slower-paced Colorado Springs.

Oskar Blues employees, Rogers said, can easily find a trail for biking, and a ski trip to the mountains is less of a hassle.

"You have a connection with (U.S.) 24 and zip up to Monarch and Salida and Crested Butte and go the back way to Copper," Rogers said. "Everybody up north, we're stuck on I-70 and it's just a nightmare. It's almost ruining that part of Colorado that we all love and some of us moved here for. You don't even want to do it.

"But I get down there and it just seems more like a mountain town," he said. "Everybody's like, 'Let's go, it's a powder day.' Drive through Fairplay and, boom, you're there. It's still the same distance, but you're not dealing with the traffic and the congestion."

Oskar Blues is being joined by Atomic Cowboy, Fat Sully's Pizza and Denver Biscuit Co., three Denver restaurant and bar concepts that operate under one roof. They're expected to open this summer in the South Tejon Street building that formerly housed Southside Johnny's.

The ViewHouse, a mammoth sports bar and restaurant with locations in Centennial, Littleton and Denver's LoDo near Coors Field, expects to break ground this year and open in 2019 east of Interstate 25 and Woodmen Road.

Dos Santos Taqueria de Mexico restaurant, which has a single Denver location that's known for tacos and tequila, has targeted a July opening in the same building that will be home to Atomic Cowboy and its sister restaurants.

"Denver is getting bigger and bigger and the competition's fierce," said Jason Wallenta, co-owner with his brother, Kris, of Dos Santos Taqueria de Mexico. "We just like more 'hometowny,' smaller locations. And Colorado Springs is pretty much exactly what we've been looking for."

Wallenta said he's so enamored with the Springs that he's bought a southwest-side house and is moving here in the next two months with his wife and two children. It's a business decision to get the new restaurant off the ground, but also a lifestyle choice, he said.

"Denver to me is like turning into Chicago," Wallenta said. "There's all these neighborhoods sprouting up. They're just getting super busy and I think the Springs, just from my experience of being there, is definitely not like that. It's more spread out. I just really like it."

They're not the first Denver-area restaurant and entertainment concepts to land in Colorado Springs.

Hacienda Colorado, for example, expanded to the University Village Colorado shopping center on North Nevada Avenue in 2014. Larkburger opened in 2012 in the Broadmoor Towne Center on the Springs' south side.

Their success, along with that of other out-of-town and even out-of-state eateries, likely opened eyes among Denver restaurateurs, said Manny San Fernando, a broker with Kratt Commercial Properties, University Village's developer. The Springs isn't just a chain restaurant town and has shown it will support so-called chef-driven concepts - restaurants with menus designed and created by chefs.

"They're seeing the numbers that the restaurants are doing like Hacienda Colorado, BJ's Restaurant & Brewhouse (of California), places like that in Colorado Springs, and they're finally going, 'Hmm, maybe we need to look at Colorado Springs a little bit more,'" San Fernando said.

Some of the restaurants have had their eyes on the Springs for years.

Oskar Blues, which brews beer in Colorado and two other states, knew from strong sales of its signature Dale's Pale Ale that it had a following in the Springs, Rogers said.

ViewHouse vice president Brad Manske said his company has taken note of Colorado Springs customers who've patronized its Coors Field location since it opened in March 2013. ViewHouse officials studied sites from downtown to Woodmen Road in Colorado Springs; as they researched the market, they were impressed by the city's growth, Manske said.

Some of those numbers are eye popping.

From 2015 to 2016, El Paso County's population increased by nearly 14,000, the largest jump that year of any of the state's 64 counties. The county's population of almost 700,000 makes it the second-largest in Colorado. In 2016, its population grew at a faster rate than Denver, Census data show.

Then there's the growth of the coveted millennial generation. From 2010 to 2015, the Springs' millennial population increased at the fastest clip - 14.7 percent - of any city nationwide, according to a Brookings Institution study.

"You really have a very diverse group of people that live there," said Atomic Cowboy owner Drew Shader. "From young families to millennials to older folks. College kids. The military. I just think it's a diverse group. That's part of what we love."

Colorado Springs doesn't just have fewer cars; it also has fewer headaches from a business standpoint, some Denver establishments say.

Land and construction costs are more favorable in the Springs when compared with Denver, Dos Santos' Wallenta said.

Denver's ultra competitive labor market, meanwhile, makes it tough to find quality employees, especially in the service sector, said Shader, of Atomic Cowboy. As he gears up to open in the Springs, Shader said he's finding the number and quality of job applicants is "super high quality."

"That's not to say Denver's not," he said. "There's just so many restaurants in Denver, there's so much competition, it's just slim . We've been pleasantly, pleasantly surprised with the amazing employees we've hired already."

It's tough for Oskar Blues to find a fry cook in Denver for under $15 an hour, Rogers said.

"In the Springs," he said, "you can still get guys and gals for $10, $11, $12 an hour that can actually afford an apartment with a couple roommates. And therefore, then it increases the price of a cheeseburger. Next thing you know, a cheeseburger here is $14, where in the Springs it's still $11."

The arrival of Denver-area restaurants and bars no doubt will create more competition for established Springs businesses.

But that's not a bad thing, said Mike Bristol of Bristol Brewing Co., whose pub and brewery are part of the Ivywild School south of downtown. The historic building was remodeled into a thriving mixed-use development.

As a wholesale brewer, Bristol said he welcomes more bars, taverns and restaurants to whom he can market his beer; The ViewHouse and Oskar Blues are customers, he said. He's also not worried about the pub portion of his business.

"Enthusiasm about places to gather - good food and good drink," Bristol said. "I am kind of a believer in the fact that if that elevates everybody's game, then we're all better off for that.

"I don't feel threatened by any means," he added. "If nothing else, maybe it makes us a little better."