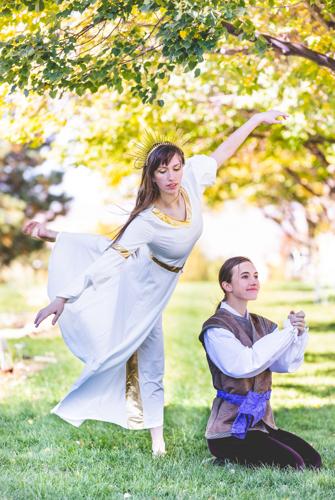 Fidèle Youth Dance Company, a performance division of the faith-based Turning Pointe Dance, will present “The Pilgrim’s Progress,” an original adaptation of John Bunyan’s 1678 allegory about a man who decides to leave his poor choices in The City of Destruction (Earth) and walk a godly path to the Celestial City (heaven). 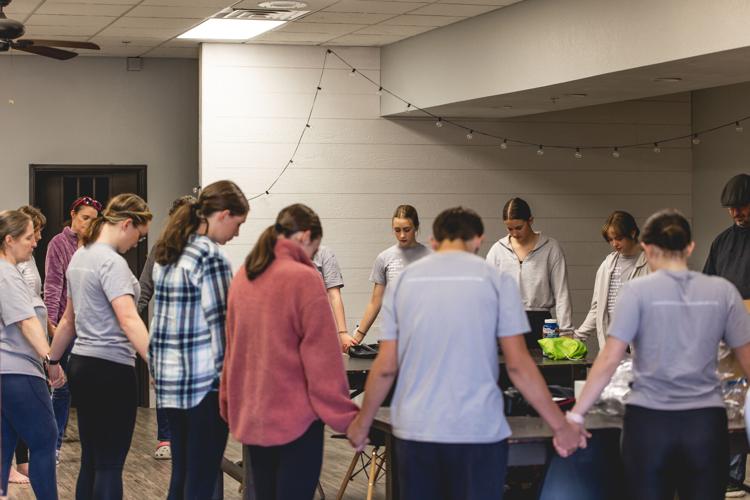 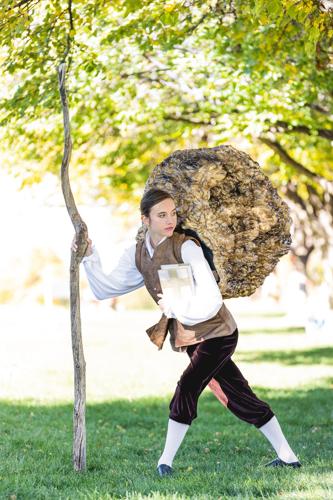 Fidèle Youth Dance Company, a performance division of the faith-based Turning Pointe Dance, will present “The Pilgrim’s Progress,” an original adaptation of John Bunyan’s 1678 allegory about a man who decides to leave his poor choices in The City of Destruction (Earth) and walk a godly path to the Celestial City (heaven).

The journey of life comes with many a distraction.

Despair, anger and flattery can knock you akimbo, but hope, faith and help from others can reroute you.

In John Bunyan’s 1678 allegory, “The Pilgrim’s Progress,” a character named Christian decides to pursue a godly life and leave behind his poor decisions in The City of Destruction (Earth) and journey toward the Celestial City (heaven). Along the way characters, such as Giant Despair, Flatterer and Hopeful, attempt to help or hinder the pilgrim from making progress.

Fidèle Youth Dance Company director Mimi McKinnis adapted the classic text for the stage, using movement instead of words to impart the gospel message, and whittling down the number of characters to a cast of three dozen ages 10 to 18. Performances are Saturday and Sunday, Nov. 13, at Wasson Academic Campus Auditorium.

“The more characters there are, the more opportunities students and audiences have to see themselves in their own lives on the path to living a good life,” McKinnis said. “Even if the dragon seems really big, there are also helpers God sends. There are all different ways to get you back on the right track. Anything that seems like a distraction to you is a distracting character and doesn’t have to pull you off the path of a good life.”

Founded in 2014, Fidèle is a performance division of faith-based Turning Pointe Dance in Colorado Springs. Dancers 10 and older audition in the spring or summer for the yearly fall performances, which have included “Lionheart,” “Ruth & Esther” and “Out of Egypt.”

“We don’t do just ‘Swan Lake’ — something that’s been done — but create original stage adaptions for our productions,” McKinnis said. “The style of dance depends on the story we’re trying to tell. We’re creating a legacy of gospel-driven theater.”

For Abbie Van Horn, who stars as Christian, the role comes with a responsibility.

“The lead role means you’re the biggest servant in the cast,” said the 17-year-old student, who attends College Pathways at The Classical Academy. “You’re the example all the younger performers look up to and who they strive to be. It’s a cool opportunity to minister to the younger cast and serve them and let them know what a leader needs to do.”

Late in life of triumph and tragedy, Les Franklin, nephew of Fannie Mae Duncan, opens up

Van Horn can empathize with her character’s journey. There are times she also is tempted off the godly path, which she sees most clearly in the show’s Flatterer character.

“I’ve struggled with people saying you’re so great and me saying I’m so great,” said Van Horn, who started dancing with Turning Pointe at 2. “Being flattered and prideful I don’t think of as a really bad thing — it’s not bad to be proud of yourself — but there comes a point where if you idolize that it hinders what you need to be focusing on.”

McKinnis’ life experience before Fidèle has helped her adapt and choreograph Fidèle’s productions. Competitive ice dancing in her youth led her to perform with dance ministry A.R.T.S. (Arts Revealing the Son) and other dance companies in Oklahoma, her home state. That was followed by a job as communications manager for U.S. Figure Skating in the Springs.

“I fell in love with the possibilities the arts can provide,” she said, “and how you can show how the arts and gospel can be intertwined.”

“Pilgrim’s Progress” begins with classical music and evolves into more modern, contemporary and worship pieces as Christian moves from the sinful, angry and uncaring City of Destruction. And McKinnis uses ballet and contemporary worship dance, which she describes as lyrical dance where movements interpret the words of the Scripture or faith-based story.

“The audience will see a character on stage who plays Holy Spirit, fighting silently behind or beside Christian, and see life is hard,” she said. “There’s always something trying to grab your attention from the wrong things, but God and helpers are with you in those moments and you don’t have to do it alone.”