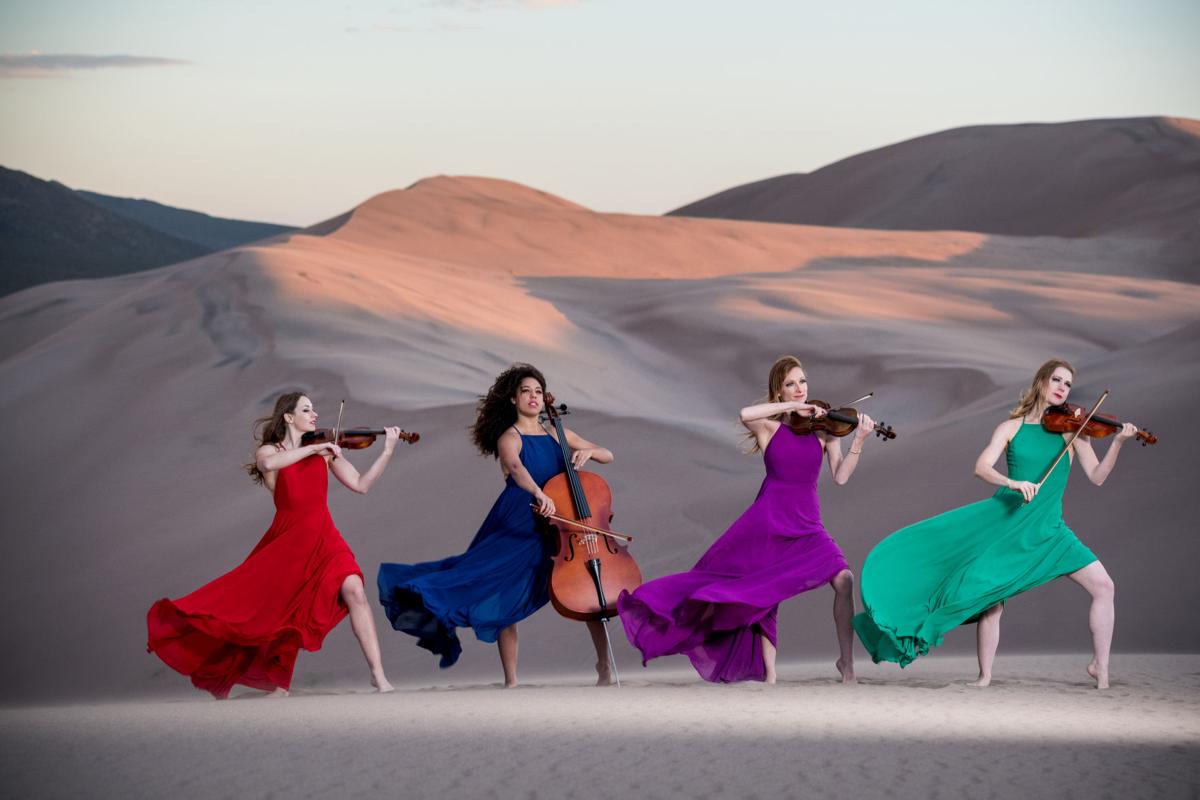 Spinphony, a classical rock mashup band of four women and their stringed instruments, will be the first live show at Stargazers Theatre and Event Center since March. Courtesy Spinphony 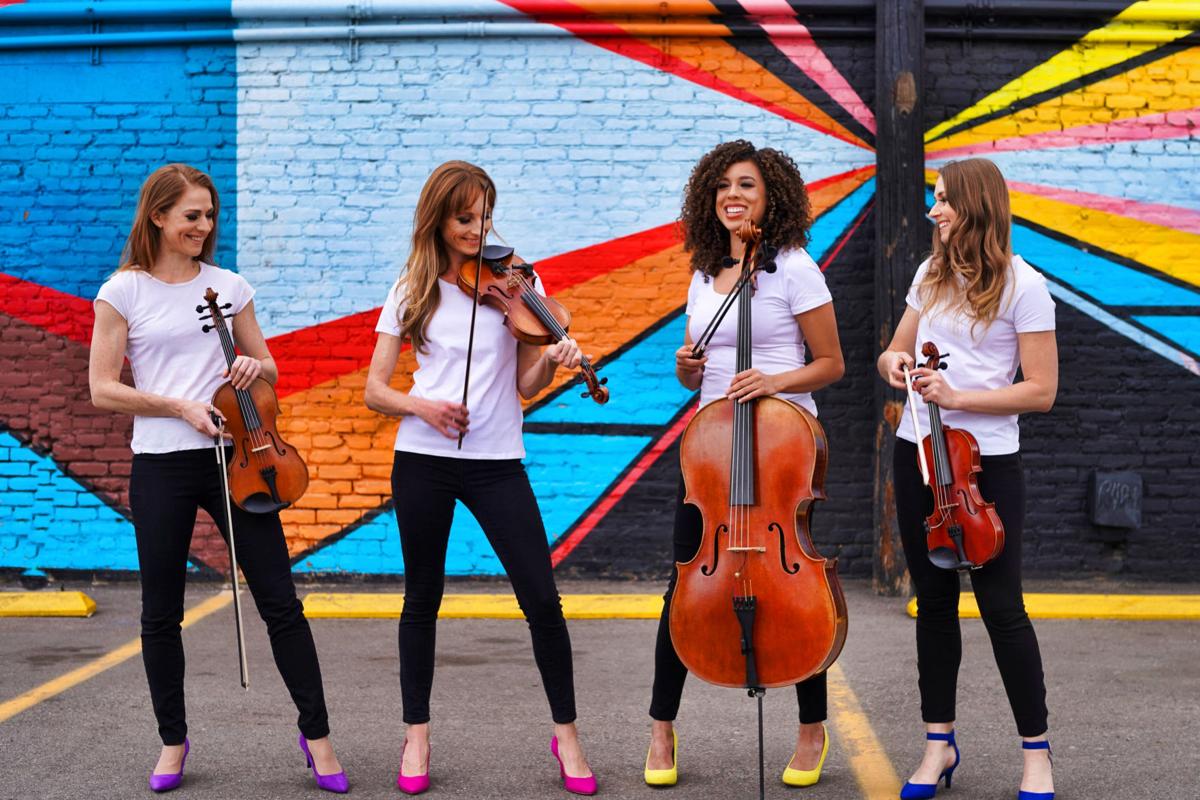 Spinphony, a classical rock mashup band of four women and their stringed instruments, will be the first live show at Stargazers Theatre and Event Center since March. Courtesy Spinphony

At least in the mind of longtime violinist Brett Omara, who loves classical music, but thought it needed a little bit of shaking up. Eight years ago she founded Spinphony, an electric string quartet, with three other women. They rebel against adhering to strict musical genres and mash together well-known classical and rock songs.

The Denver band will perform Saturday at Stargazers Theatre and Event Center. They were scheduled to play in March, but the show was postponed due to COVID-19. This is the band’s first live show since early March. It’s also Stargazers’ first live show in about four months.

Quarantine almost killed Stelth Ulvang's creativity, but this Lumineer didn't give up

“The idea was to create music that was new and accessible to wider audiences,” says Omara, “but not lose the classical roots. A lot of people who don’t know classical music love hearing those melodies. It’s about great melodies.”

Stargazers will be able to offer 160 tickets to the concert. Those tickets will only be sold in pods of four to accommodate appropriate distancing at tables and theater seats. Each pod is $40, so if one person wants to attend, it’s $40. Two people will pay $20 apiece. If four people attend together, they each pay $10. A livestream of the concert will be $5.

“To pay bands and generate enough income we have to sell pods of four tickets,” says Stargazers co-owner John Hooten. “We don’t have a choice. We’re a little bit uncomfortable telling guests they have to buy four tickets, but venues in Denver and across the nation are doing the same thing.”

Patrons must wear masks upon entering and whenever they move around the building, but can remove them when seated.

“These are different and difficult times, and either we stay closed and go out of business,” says Hooten, “or do some things that allow us to continue business and to bring music to the community and to employ our employees.”

Omara also looks forward to the energy a live audience provides. The violinist, who once played with the Colorado Springs Philharmonic for a year and was also assistant concertmaster, is Spinphony’s primary arranger. Her crafting of songs starts with a classical or rock piece — AC/DC’s “Back in Black,” for example. Then she figures out a good song to smash it into, such as a Bach movement, and comes up with a clever title: “Bach in Black.”

“I have to find similar tempos for songs,” Omara says. “You can’t have fast classical and mash it up with slow rock.”

You won’t find this string quartet quietly seated in front of their music stands during a show. No, the instruments, which include two violins, a five-string and a cello, are amplified wirelessly, which means the ladies have the opportunity to do choreography and storm the stage like rock stars.

Their experience combined, the four musicians have been playing for more than 100 years and have performed around the world and collaborated with the likes of 2 Cellos, Evanescense, Josh Groban and Michael Bublé.

Being in a rock band, of sorts, wasn’t really the plan for Omara, who started studying violin at 4 and eventually attended the Manhattan School of Music. She worked hard to get a symphony job, which is what she thought she needed to do. But now the classical music industry is changing, she says, and crossover acts like Spinphony are breaking through.

“Classical music done has been done in the same way for so many years. Maybe it needs to be refreshed now and then,” says Omara. “I’m not saying classical is dying in any way, but there’s a reason for the bigger class crossover groups. It needs innovation, just like technology. It’s just the natural course of history for music to evolve.”