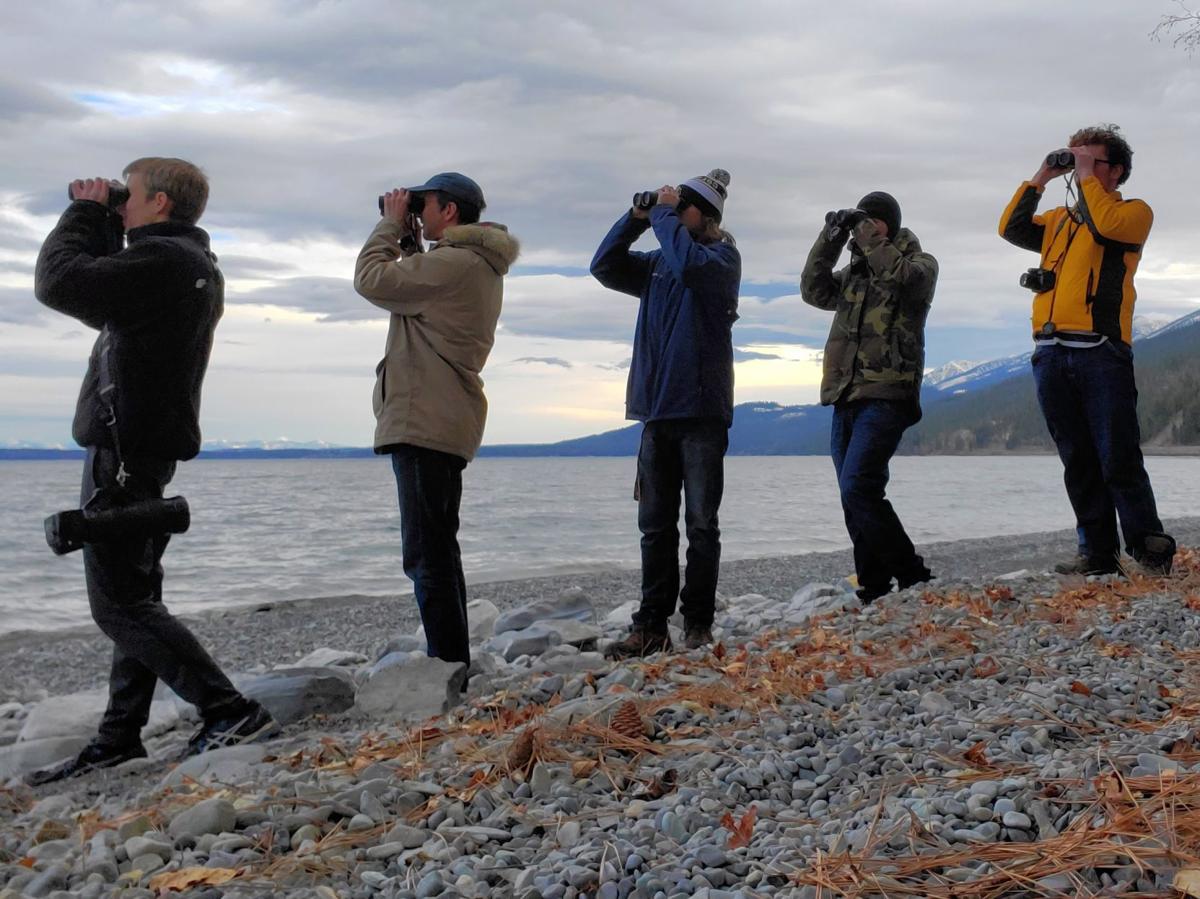 David Tønnessen, at far left, and the CU Birding Club. 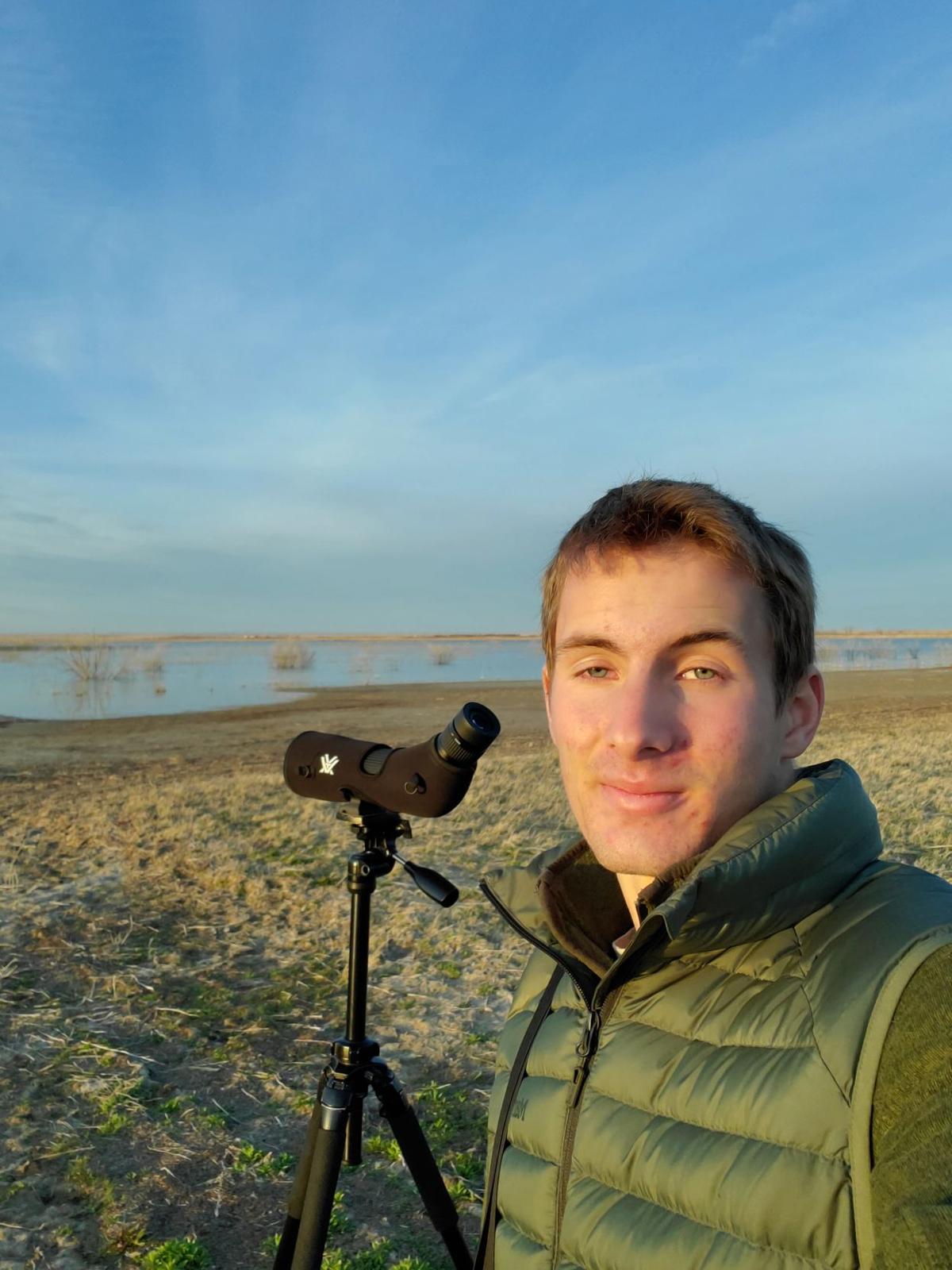 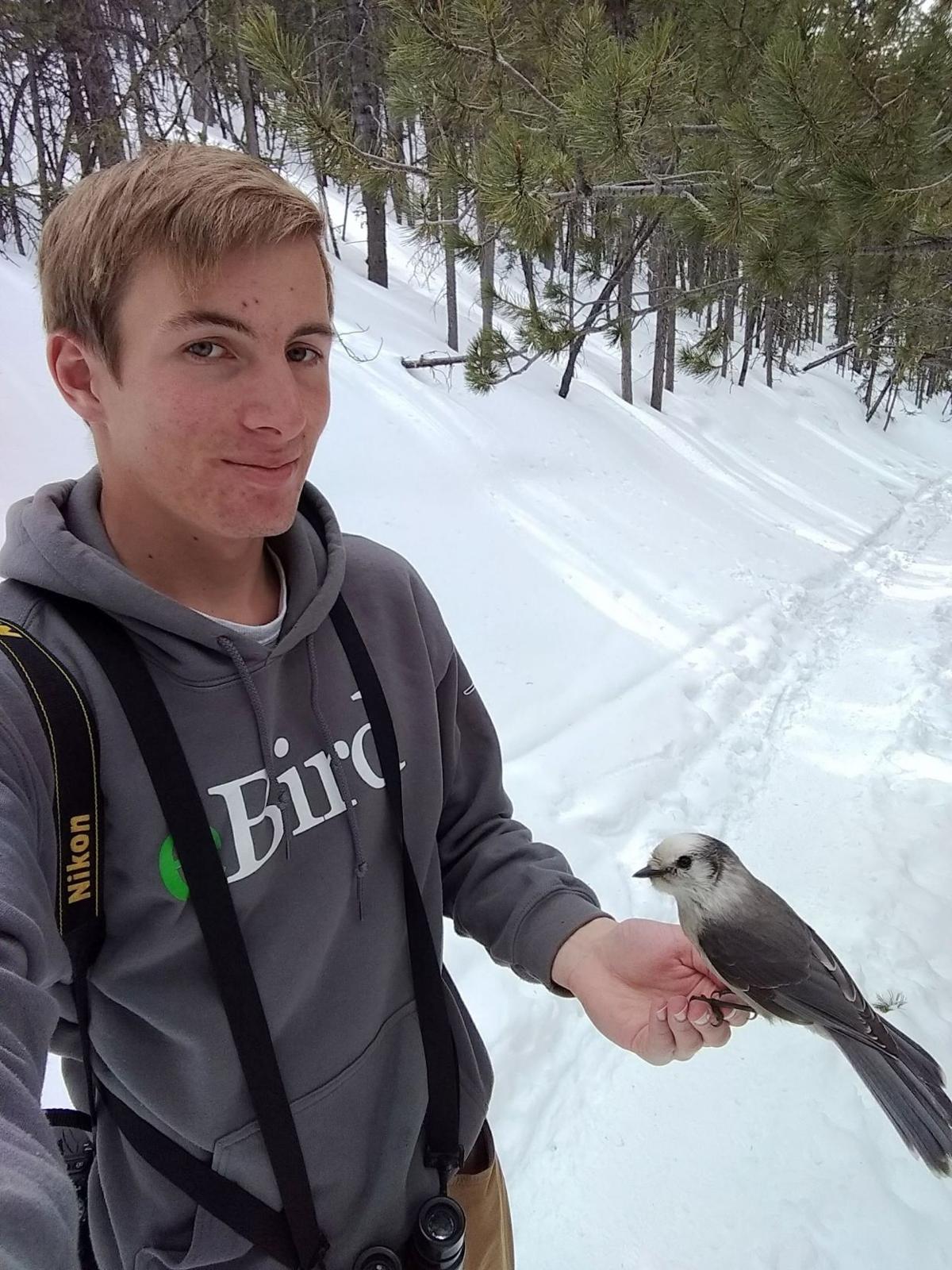 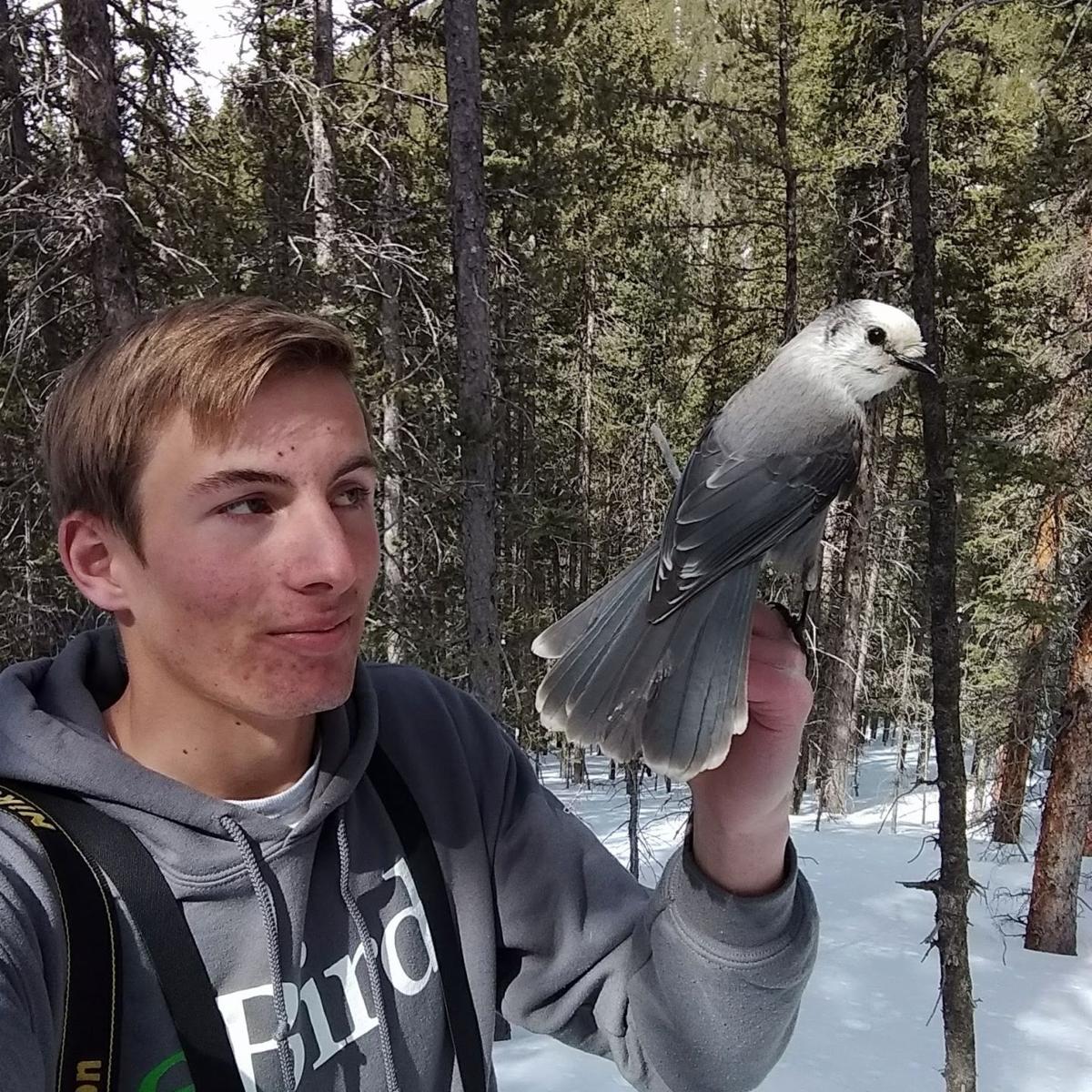 David Tønnessen is studying ecology and evolutionary biology at the University of Boulder at Boulder. 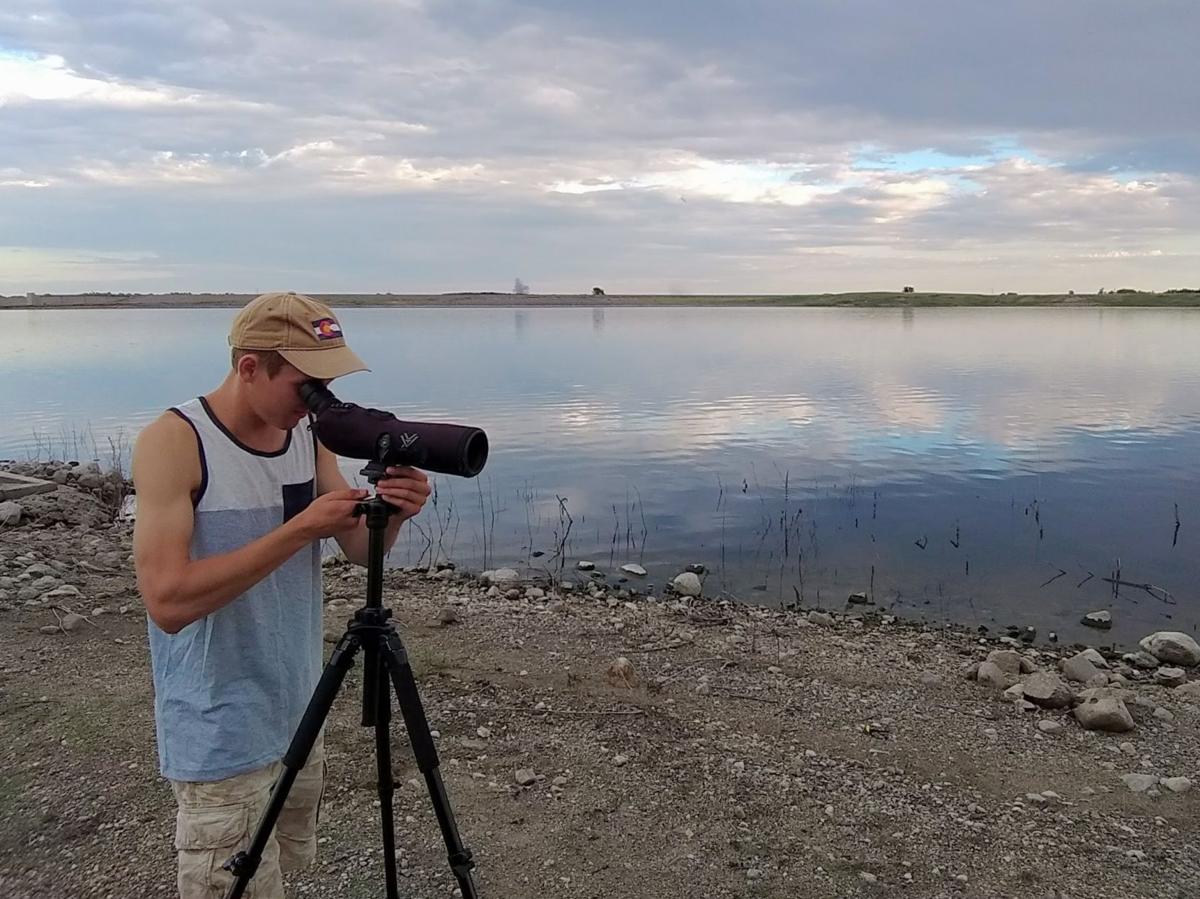 Colorado Springs birder David Tønnessen can identify at least one of the vocalizations of 500 to 600 North American species. 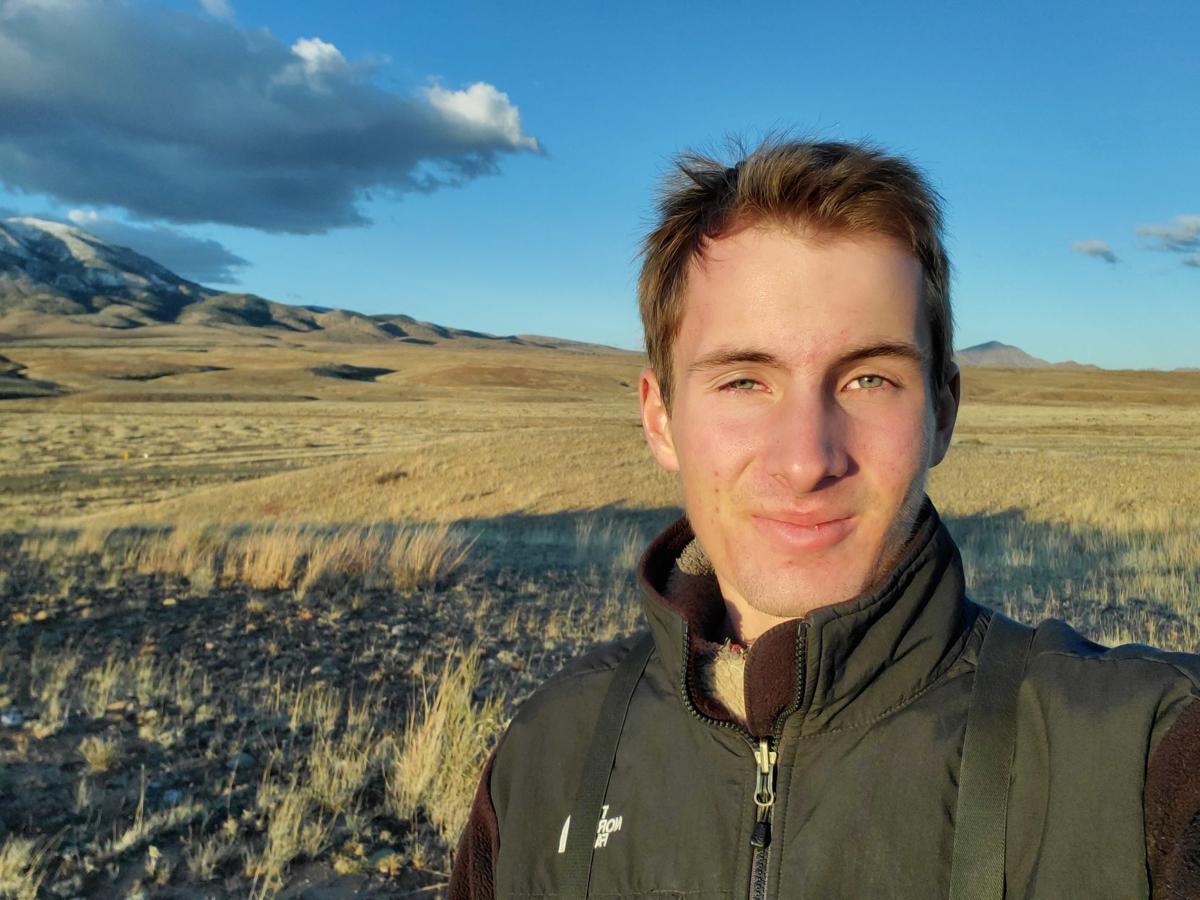 David Tønnessen, at far left, and the CU Birding Club.

David Tønnessen is studying ecology and evolutionary biology at the University of Boulder at Boulder.

Colorado Springs birder David Tønnessen can identify at least one of the vocalizations of 500 to 600 North American species.

The scene: Mid-May in Sondermann Park, a prime location for bird lovers.

The time: Well, you know what they say about the early bird.

The cast: David Tønnessen, who, at 20, is one of the Pikes Peak region’s youngest birders, and me, novice bird watcher (burgeoning birder) who’s ready to be schooled in all things bird by somebody decades younger. I’ll take my knowledge where I can get it. And I’ve been assured this tall, soft-spoken character is an amazing birder who can ID hundreds of winged creatures with amazing precision.

The unassuming Tønnessen also holds two state records for birds, meaning he was the first to spot a particular species in Colorado. The first was a tropical kingbird at Chico Basin Ranch in 2017. He heard its call and knew it wasn’t familiar. Normally the species is found in Mexico and South America, but he got photos and a recording.

“It was one of the best days of my life,” he says. “It’s every birder’s dream to find a record.”

His second record came a mere three months later, when he was driving through the pine trees near The Broadmoor hotel and musing about what a good place those trees would be for a sapsucker, a type of woodpecker. Lo and behold, he spotted a red-breasted sapsucker, usually found in the forests on the West Coast of the country. The bird stayed through winter, giving other birders a chance to see it.

And now, standing on the dirt path in Sondermann Park, with a canopy of trees overhead and the spring sun toasting the chill off the early morning, it’s clear Tønnessen is struggling. There simply are too many dang birds singing their songs, whether it be “advertising” for a mate, as he likes to put it, warning off their competition or cheerily chirping to let their brethren know where they are.

“There’s so much to hear right now,” he says, after losing his train of thought after I ask him a question.

He’s right. These birds are chatty Kathys. There’s the song sparrow he hears as we first walk into the park, then a spotted towhee singing the song of its people. A Western tanager is up in the canopy somewhere, as well as a lazuli bunting, who’s giving a single call note, probably a contact call, says Tønnessen, to let others know where it is.

There’s the common grackle doing his grackle thing, a scrub jay and a warbling vireo, who’s giving us a scold call, either because he’s agitated by us humans or another bird who dares encroach on his tree.

“I bird my yard at least every day,” Tønnessen says. He lives near Ute Valley Park with its pine forest habitat. He’ll go outside, listen for whatever birds are swinging through the area, then record his list on eBird.org, a data collection website intended to benefit science, conservation and education.

One peek at eBird’s birding hot spots in the Pikes Peak region and you’ll see Tønnessen’s name all over the place. Of course, you won’t see his name on there for another month or so. He sped off to North and South Dakota the day after our bird outing to do — what else? — seasonal bird work in the field using his extraordinary pair of ears. He counts all the birds he can detect within 6 minutes and records the data. And he’s so dedicated to the research that he birds by day and sleeps in his car by night.

What is it that he loves so much about these tiny creatures descended from the dinosaurs?

“Their colors, their behaviors,” he says. “And we’re learning new things about them constantly, like mimicry behavior. Mimicry is a frontier in terms of what we know. We don’t fully understand why species mimic.”

Case in point: the gray catbird he hears singing in the distance. Who knew they can mimic the sounds of other species, like a cat meow? Tønnessen did.

This eagle eye has seen 700 species and can ID at least one of the vocalizations of between 500 and 600 North American species. At 20, I could ID zero birds because I quite simply did not care. A bird was only something that flew and pecked at crumbs on the ground.

Tønnessen isn’t like most 20-year olds, though. His love affair with birds began at 6. He made lists and, at 13, started calling himself a birder before he even knew such a thing existed. It was after discovering an online forum for birders that he realized being a birder was an actual thing.

“There’s a picky distinction between being a birder and bird watching,” he says. “Birders keep lists of what they see and go out specifically to find birds.”

Tønnessen graduated from charter school Colorado Early Colleges in 2018, and then took a gap year to work with birds in different capacities, including working for a graduate student at the University of Wyoming on a project about red crossbills, a kind of finch.

He began studying ecology and evolutionary biology at the University of Colorado in Boulder in January and plans a career of working with birds, hopefully in Central America, a biodiverse hot spot, he says.

Shortly after we begin strolling down the gravelly path, Tønnessen doubles back to his car to get binoculars. Good thing, as I spot a hawk perched on a tree branch above us. His wings blend in expertly with his surroundings and I puff out my chest with pride at finding him. My bird buddy tells me it’s a Cooper’s hawk, which I would never have known, due to its paler nape and rounded tail.

We trod through the forest slowly, and I begin quizzing Tønnessen about bird behavior I’ve noted in my backyard, such as those brown-headed cowbirds. Many bird lovers don’t like them because they lay their eggs in the nests of other species, forcing the resident species to raise the baby cowbirds as their own.

“Birds are opportunists. Mother Nature is a cruel world,” he says. So pragmatic.

Toward the end of our adventure, he helps me spot my first lazuli bunting, a male (so pretty with its cornflower-blue head and peach-colored chest) and a female (not so pretty, with its dullish brown shades) that appears to be collecting nest materials in her tiny beak. I’m stoked to see a bird that’s been on my bird bucket list for ages.

“Getting outside and focusing on something like (birds) is really good for your mental health,” Tønnessen says.