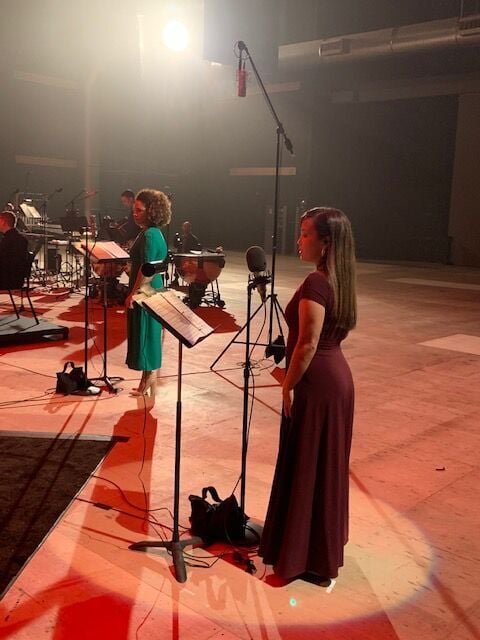 Composer and conductor Rob Gardner brought together a star-studded cast to create a film version of his oratorio, “Lamb of God.” It runs Sunday through Thursday at Cinemark Carefree Circle and IMAX. 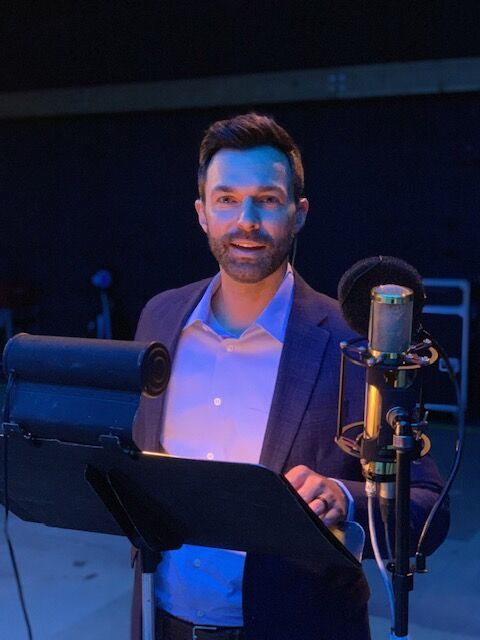 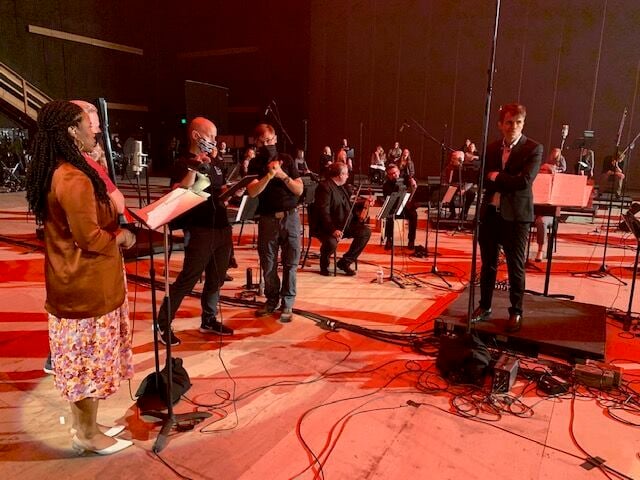 Composer and conductor Rob Gardner brought together a star-studded cast to create a film version of his oratorio, “Lamb of God.” It runs Sunday through Thursday at Cinemark Carefree Circle and IMAX.

When Joseph Hale picked up the phone, he heard: “No offense, Joe. I don’t think you’re an evil guy, but I’d like you to play this role.”

The role in question? Judas Iscariot, one of Jesus Christ’s 12 disciples, who betrayed his friend for 30 pieces of silver, leading to Jesus’ arrest and ultimate crucifixion.

The man on the other end of the phone? Conductor and composer Rob Gardner, best-known for his oratorio “Lamb of God,” a musical portrayal of the last week in the life of Jesus, beginning with the raising of Lazarus, to Jesus’ arrest and crucifixion and his resurrection. The story is told through those who surrounded Jesus, including Peter, John, Thomas, Mary Magdalene and his mother, Mary.

“Lamb of God” was first recorded by the London Symphony Orchestra in London in 2010 and has been performed around the world. The Mormon Chorale performed Gardner’s work at Pikes Peak Center in 2019.

And now the oratorio has made it to the big screen as a concert film. The 90-minute film will be screened multiple times Sunday through Thursday at Cinemark Carefree Circle and IMAX.

Hale, an accomplished singer and recording artist who also happens to be a dentist and father of three in Colorado Springs, has done multiple projects with Gardner, and knew the composer was itching to create a film version of his famous oratorio. The pandemic finally pushed Gardner into committing to the project, says Hale. With no live performances, he wanted to get the music out to a wider audience.

“It’s not a typical movie with costumes and scenery,” says Hale, who flew to Park City, Utah, in early February for COVID-19-safe filming. “It’s concert-style, where you see a full orchestra, choirs and soloists. It’s like you’re attending a live concert, but you have elements like a cameraman weaving in and out of the orchestra.”

Hale, who performed on cruise ships for years with his wife before moving to the Springs in 2009, is the only Colorado name in the cast. Because Broadway is dark due to the pandemic, Gardner was able to secure quite a few performers with Broadway credits, including Oyoyo Bonner as Mary of Bethany. Bonner starred in the Tony Award-winning “The Book of Mormon,” and once the world of musical theater gets the green light to open, she’ll perform in the original cast of “MJ: The Musical,” about Michael Jackson.

Year of COVID: After hard year, lessons on happiness from Colorado Springs leaders, artists and thinkers

Casey Elliott, who has starred in many musicals, including “Aida” and “Les Misérables,” and also is part of Gentri, a musical theater-influenced, cinematic, male pop vocal trio from Salt Lake City, will play Peter in “Lamb of God.”

Being able to perform in the film is meaningful to Hale, a Christian who records inspirational music. It was particularly interesting to explore the role of Judas, who he’d always imagined as an evil caricature — a guy hiding in the shadows, ready to pounce on Jesus, he says.

2021 Grammy predictions: Who will win, who should win music's biggest awards

“I realized Judas is a real person and Jesus chose him as one of his disciples,” says Hale. “He’s not going to choose a horrible person as a disciple, even though Judas betrayed Jesus in the end. He (Judas) made a mistake. This is a character I can relate to, not that I would make that exact mistake, but he’s a character we can all relate to because none of us is perfect.”