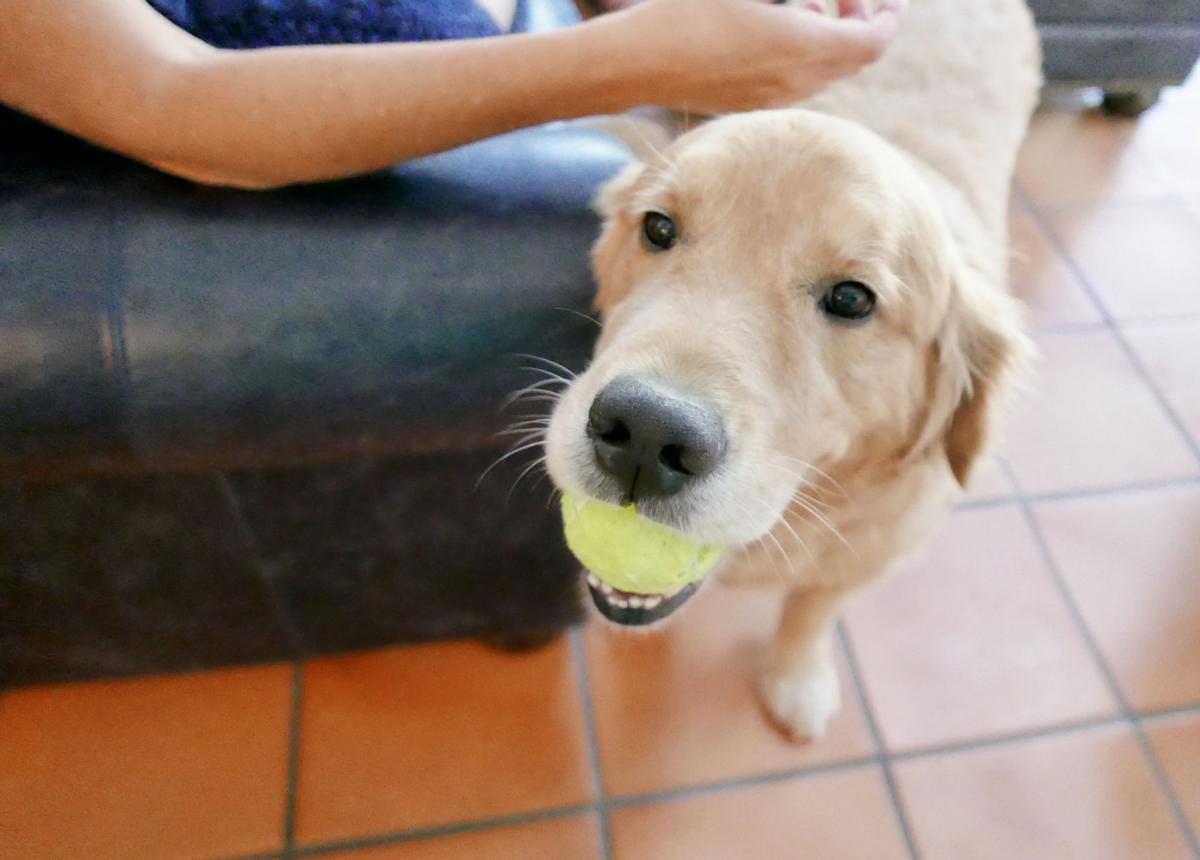 Some animals might be disappointed or sad when their owners go back to work after being home for so long. There are ways to help your dog adjust. 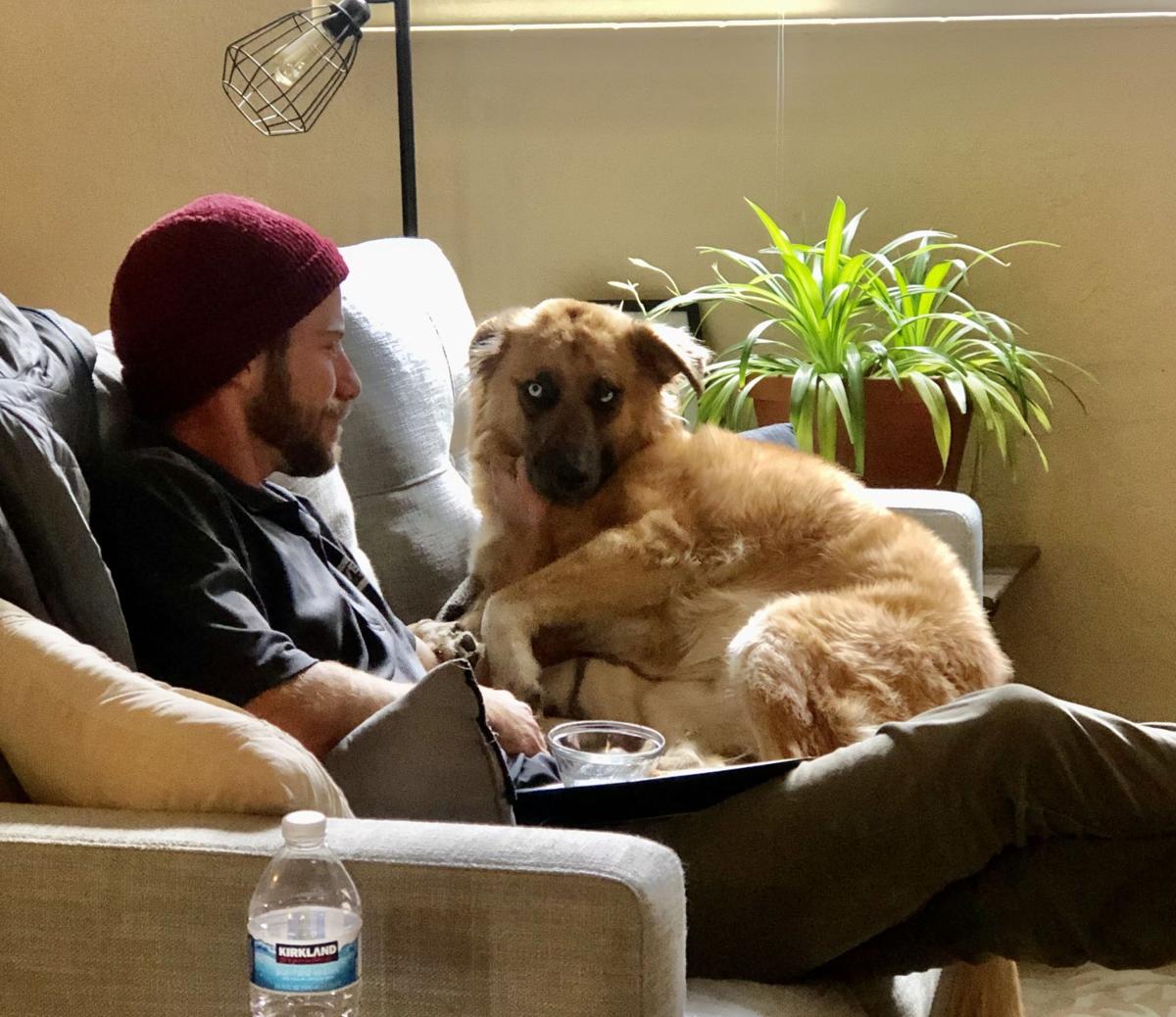 Some animals might be disappointed or sad when their owners go back to work after being home for so long. There are ways to help your dog adjust.

It’s been a cozy two months with your best canine buddy.

The two of you have developed a new routine since you’ve been working from the kitchen table: morning coffee on the deck, three walks per day, a Frisbee session in the afternoon and lots of extra cuddles on the couch. But now you must go back to work. How will your furry friend survive?

“Just like us, dogs are creatures of habit,” says Miguel Gonzalez, behavior programs manager at the Humane Society of the Pikes Peak Region. “Some will be more sensitive to changing habits and some won’t care.”

Separation anxiety can be overdiagnosed, Gonzalez says. But the hallmarks of a dog who’s truly living out the diagnosis is one who does serious damage to doors, windows and any other places where he’s trying to get out to get to you. He’s refusing to eat or is licking and biting or even self-mutilating.

Dog owners whose dogs urinate or defecate inside or tear things up might think their dog has separation anxiety. And while those behaviors do have “flavors” of separation anxiety, says Gonzalez, it’s more likely frustration intolerance. It’s not so much about you being gone, but the dog being frustrated that there’s nothing to do in the house. So he goes looking for something to do.

“When they find stuff to do, it’s typically not what we want them to do,” says Gonzalez, who’s worked in the animal care and training industry for two decades. “They do it to meet a need that’s not being meet. Imagine being in quarantine lockdown and not having the internet or a newspaper to let you know about the world. It’s going to make you anxious.”

Coronavirus Break: Photos of our dogs and furry friends

So will your pooch suddenly develop separation anxiety after spending so much quality time with you, only to have you disappear for long stretches? Probably not. Developing true separation anxiety after two months of an owner being home and returning to work would be unusual, says Glenn Pierce, National Mill Dog Rescue’s behavior and training manager.

“True separation anxiety has a physiological component to it,” Pierce says. “Anxiety that is brain chemistry. What there is a legitimate risk of is a dog used to you being around, and if the guardian goes back to work it might be disappointing or difficult for the dog.”

In a US now in puppy love, Labs still tops, but corgis rise

There is also a risk if somebody decided to adopt a dog during the last couple of months, thinking it would be a good time to finally go through the process and knowing they’d have a lot of time to spend with the dog. Therein lies the potential problem. Its owner being home is the only routine the dog knows. To have his owner suddenly disappear during the day could be tricky.

If you’re concerned about how going back to work will affect your bestie, there are ways to help him adjust. And remember, give your dog some gratitude for his presence over the last couple of months.

“They provide so much nonverbal support to us,” Gonzalez says. “Take a minute to thank your animal for being there for you. This is a hard situation for a lot of people. If they didn’t have pets, it would have been a way harder time. When you decide you’re going back to work, tell your dogs thanks.”

Steps to take to assist dog with transition:

• Start easing back into your old schedule now. "You have to develop a new set of norms for the dog," says Miguel Gonzalez, behavior programs manager at the Humane Society of the Pikes Peak Region. "As silly as it seems, get up and go through your routine, like you’re going to work. Go out and grab coffee. See what happens. If nothing, you can extend your trips, and when you go back to work the dog has been accustomed to that."

• Set up a webcam or use your iPad or smartphone to see what your dog does after you leave. A lot of dogs will bark and whine in protest when their owners leave, prompting owners to think their animal is vocal all day. Not necessarily. Often they simply curl up and go to sleep, says Glenn Pierce, National Mill Dog Rescue's behavior and training manager. Recording them can put an owner's mind at ease or let them know if deeper work needs to be done.

• Leave your dog with something interesting, such as a brain toy stuffed with treats. Pierce prefers Kong dog toys and suggests using one to feed regular meals to a young, active dog. "Every bit of mental and physical exercise release a dog can get is one step closer to a dog who is tired and peaceful," he says.

Put kibble in a Kong, top it off with something such as yogurt or peanut butter, freeze it and give it to the dog when you leave. "This can make lots of dogs feel better in general about people leaving," say Pierce. It's also a good way to monitor your dog. If you return and the food is gone, you can feel more comfortable the dog is doing OK.