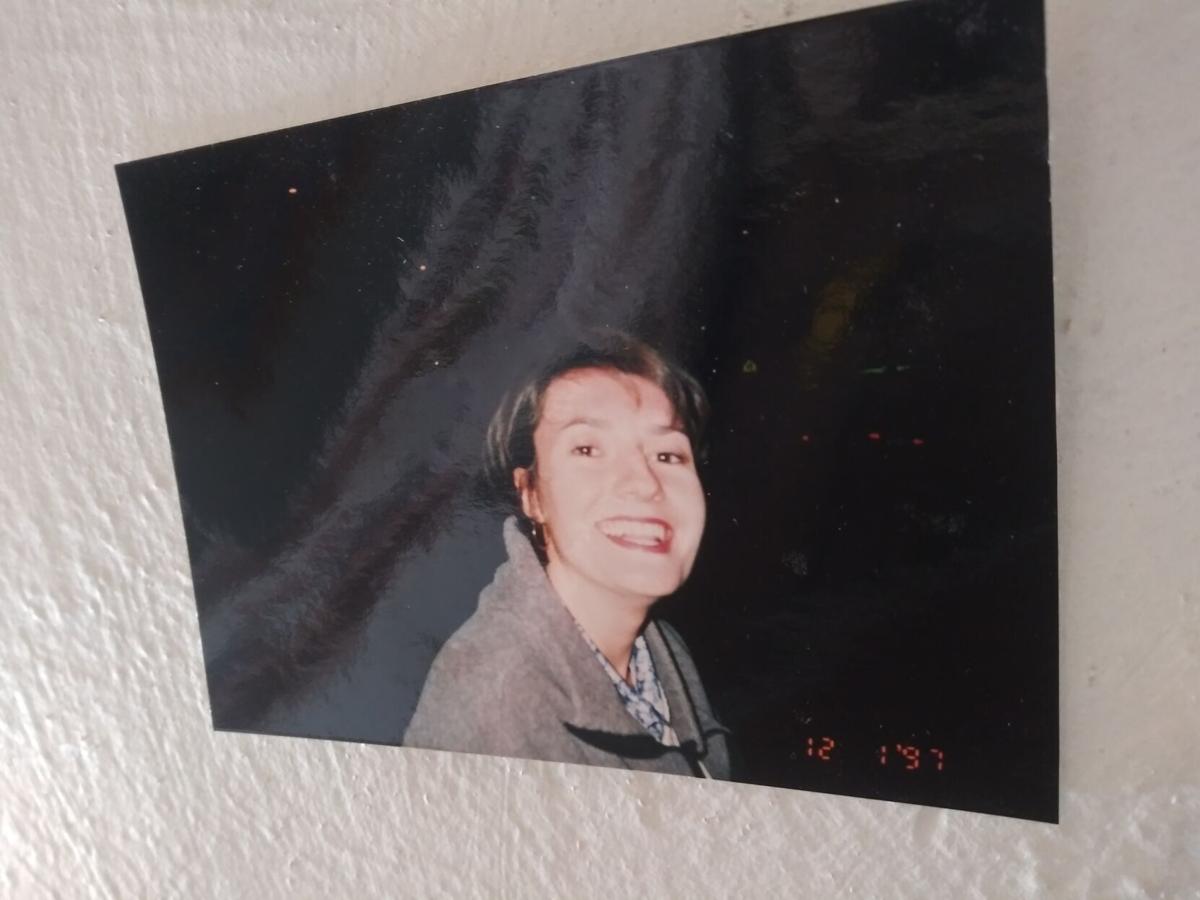 En route to moving to Portland, Ore., the scene of a hair crime around age 22. 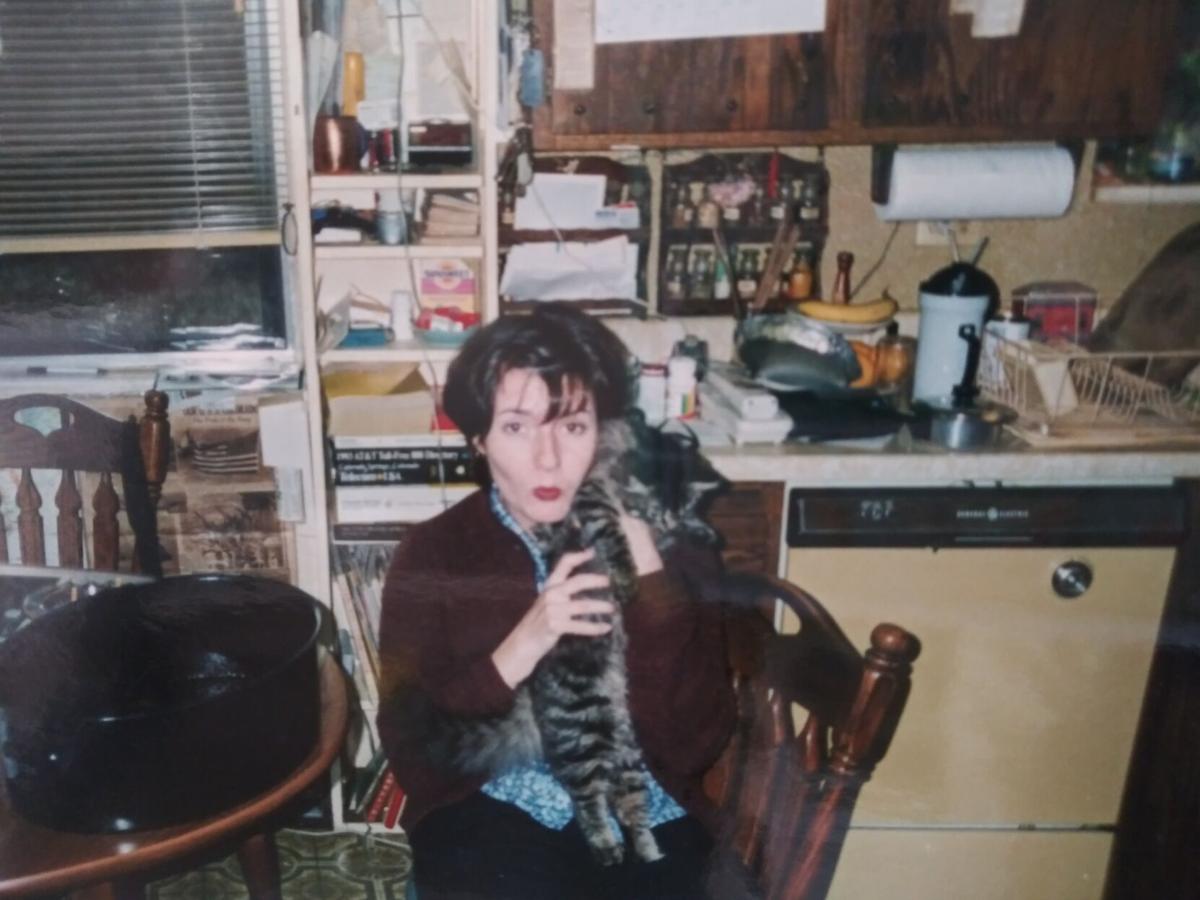 The Gazette reporter impatiently waits for her hair to grow out after an impromptu visit to a Portland, Ore., salon around age 22. 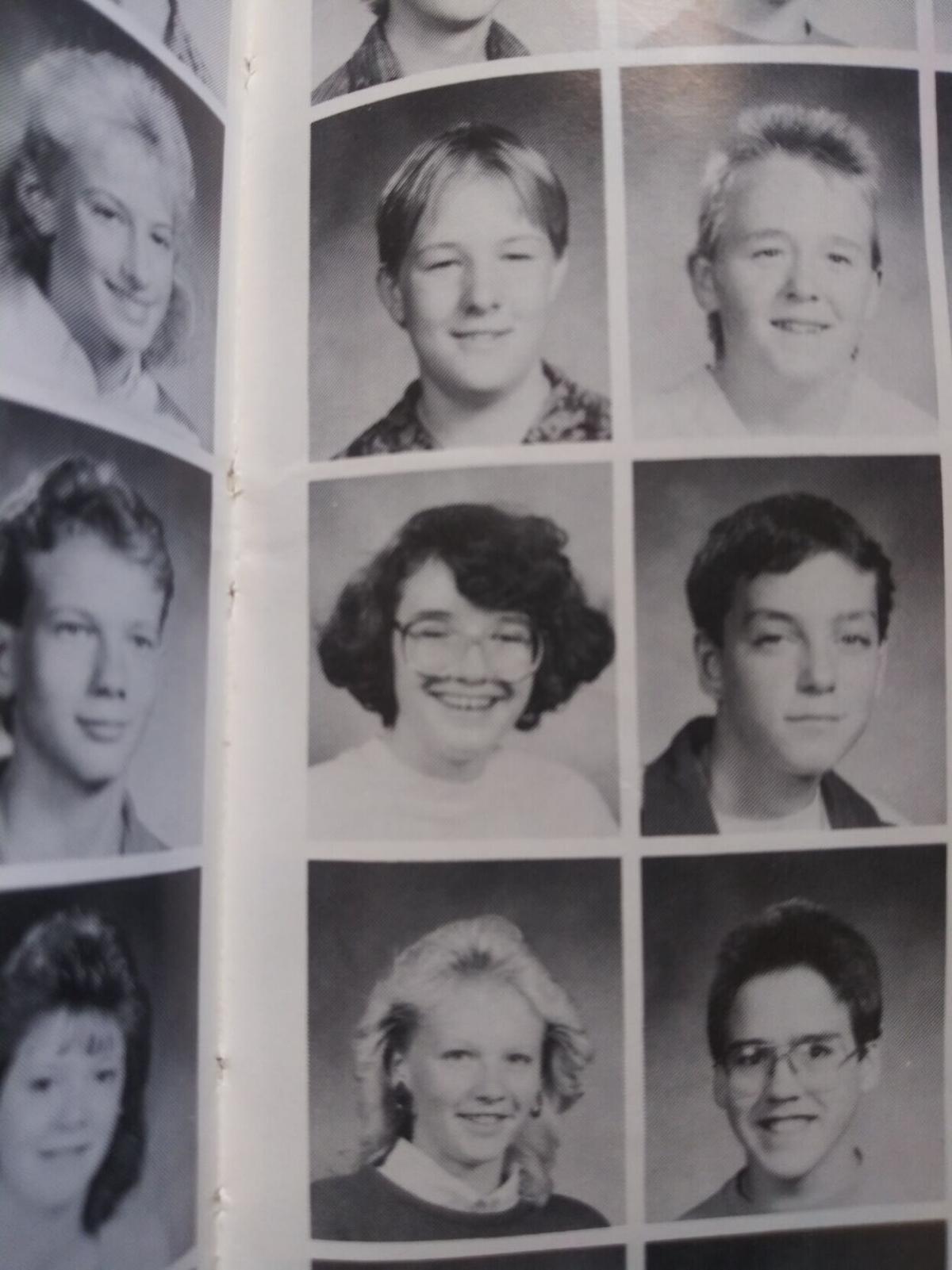 Probably the worst eighth-grade yearbook photo of all time. Also the year of the reporter’s tragic mushroom hairstyle.

En route to moving to Portland, Ore., the scene of a hair crime around age 22.

Probably the worst eighth-grade yearbook photo of all time. Also the year of the reporter’s tragic mushroom hairstyle.

I can’t be held responsible for the terribly unflattering boy haircut in sixth grade.

The one that complemented my equally awful off-white eyeglass frames I now see one seller on Etsy describe as “vintage 1980s eyewear avant-garde eyeglasses.”

Avant-garde? That’s quite a stretch. But this particular pair of ‘specs also is listed as “sold,” surely to some slinky hip cat who’ll wear the heck out of them.

But this isn’t an ode to eyeglasses. This is an ode to hairstyles we have known and loved. Or loathed, as the case might be.

So, that little boy haircut circa 12 years old? A time when the vast majority of your thoughts are hijacked by hormones and devoted to praying boys think you’re cute? Well, that was never going to happen, thanks to my mother. Because that haircut? Was my mom’s doing. And my consequent undoing.

Music as a time machine | Slice of Life

She thought it looked cute. Those were the words that echoed in my little head as I sat morosely in the back seat of our rental car one hot summer day in Ridgefield, Conn. We were driving home from the salon, surely a fly-by-night operation if solely based on the situation happening on my noggin, in the tiny town where my mom grew up and my grandparents still lived. Where we spent part of that particular summer vacation. Where my mom decided to put a pox on my formative years.

It wouldn’t be long before another painful hair event sprinted up behind me. A photo exists of me, circa eighth grade, leaning against a white horse at a friend’s birthday party and madly waving at the camera. Let’s just say my ability to discern the most flattering hairstyles and glass frames for my face was still subpar.

Eighth grade was the year of cranberry-colored spectacles and my patented and stylish mushroom hairdo. You never imagined I’d devote a year to maintaining a toadstool on my head, did you? And yet. There it was, a streamlined cap that curled under about halfway down the length of my earlobes.

Glory be. It’s like I was actively trying to repel the cute boys I longed for.

And perhaps this is why my parents never said word one about my follicle choices. The more unattractive their daughter, the less they had to worry about greasy-skinned boys with nefarious intentions slithering up to the front door.

Love at the Colorado Springs drive-in | Slice of Life

Life flowed on. My hair grew, as hair tends to do. And I went long. And thick.

Come my senior year of high school, I’d discovered a way to make my thick hair look even thicker, and that was to stop combing the bottom layer of hair, which caused a bunch of matted hair knots to develop underneath the well-kempt top layer.

I cannot explain to you why I did this. Why do we do anything, really?

My crazy thick hair prompted a friend of mine to come up with jokes like: “Has anybody seen Private Smith? We lost him in the war and nobody’s seen him since. Let’s search for him in here.”

And he’d mimic diving into my mane. I didn’t mind. He was cute. I gave him a pass.

I have nobody to blame but myself for the second terrible boy haircut at 22. I was vacationing in Portland, Ore., and contemplating a move, a change of life, a new path. The excitement overtook me. I felt the need to do something to mark the new phase, and, much like women who do something drastic to their hair post-bad breakup, I flung myself into a random downtown salon chair.

When is it ever a good idea to get a haircut in a strange city from a stranger whom nobody has recommended and you didn’t even check to see if she was trained or knew how to sterilize her scissors? Who does that? Me.

Hence the weird half-mushroom, half-boy haircut, combining the worst of my hair traumas into one shiny, dark mass.

I came home and immediately made an appointment for somebody to fix it. Even the new stylist was flummoxed by what the Oregon stylist had masterminded. Her solution? Let’s chop it all off and start from scratch.

Now, I’m not saying boy haircuts can’t be cute and beguiling. They absolutely can be, just not on this little lady.

Meat-free and loving it | Slice of Life

I’ve learned some lessons in my lifelong hair saga. A) I am not one of those people who can say with a shrug, “It’s just hair. It’ll grow back.” Nay, friends, nay. Perhaps I have a bit of Samson in me and cutting off my hair also slices off my power. B) I am also somebody who has taken a long time to know herself. Not just in terms of hair, but in all the ways.

While other women have always seemed to know the best and most direct route to good hair and a happy life, I’ve wandered off on the merest hint of a path, traipsed through briar patches, fell down a well and took a nap in a toxic poppy field.

This is to explain why I’ve mostly maintained the same hairstyle going on 15 years now.

And yes, a makeover show would have a heyday with me, as I’m mostly rocking the hairstyle I had in high school (minus the matted hair), but I don’t care. There are so many other minitraumas to be gotten through in life, I don’t need to put my delicate ecosystem through another ghastly ‘do.