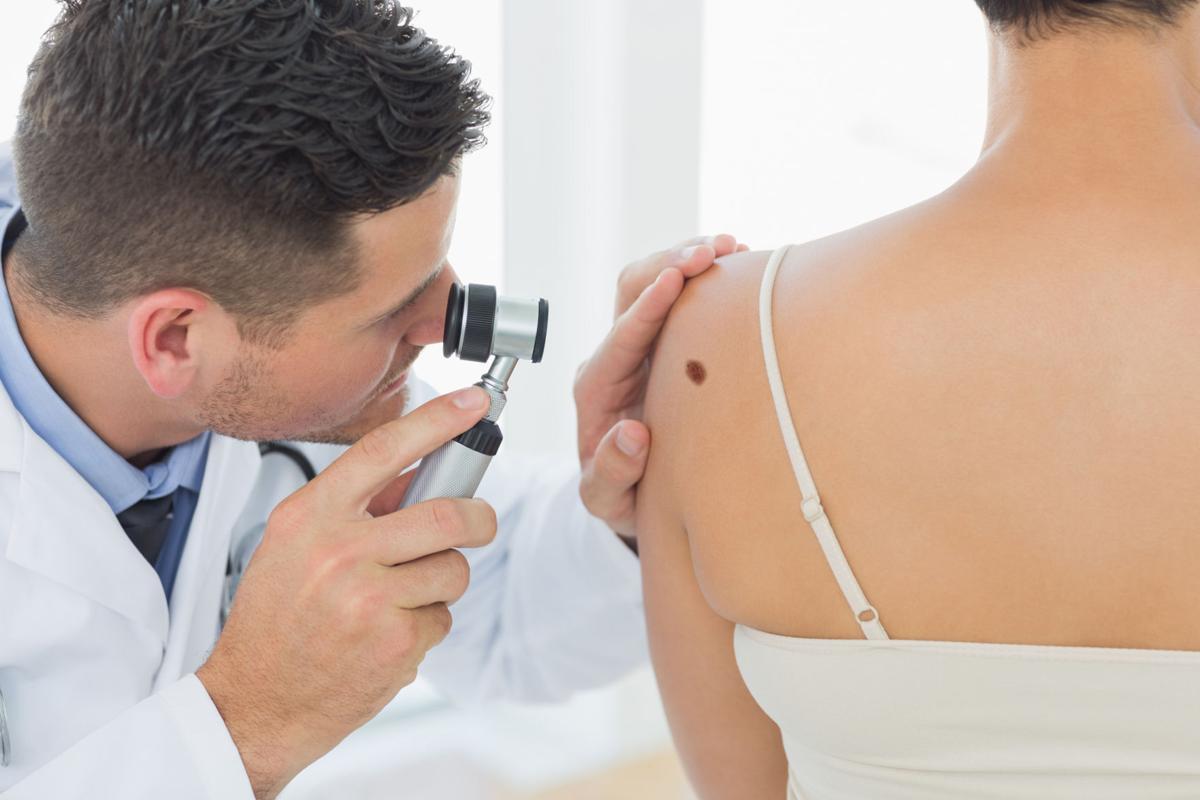 Too much sun exposure can lead to skin cancer and other issues. 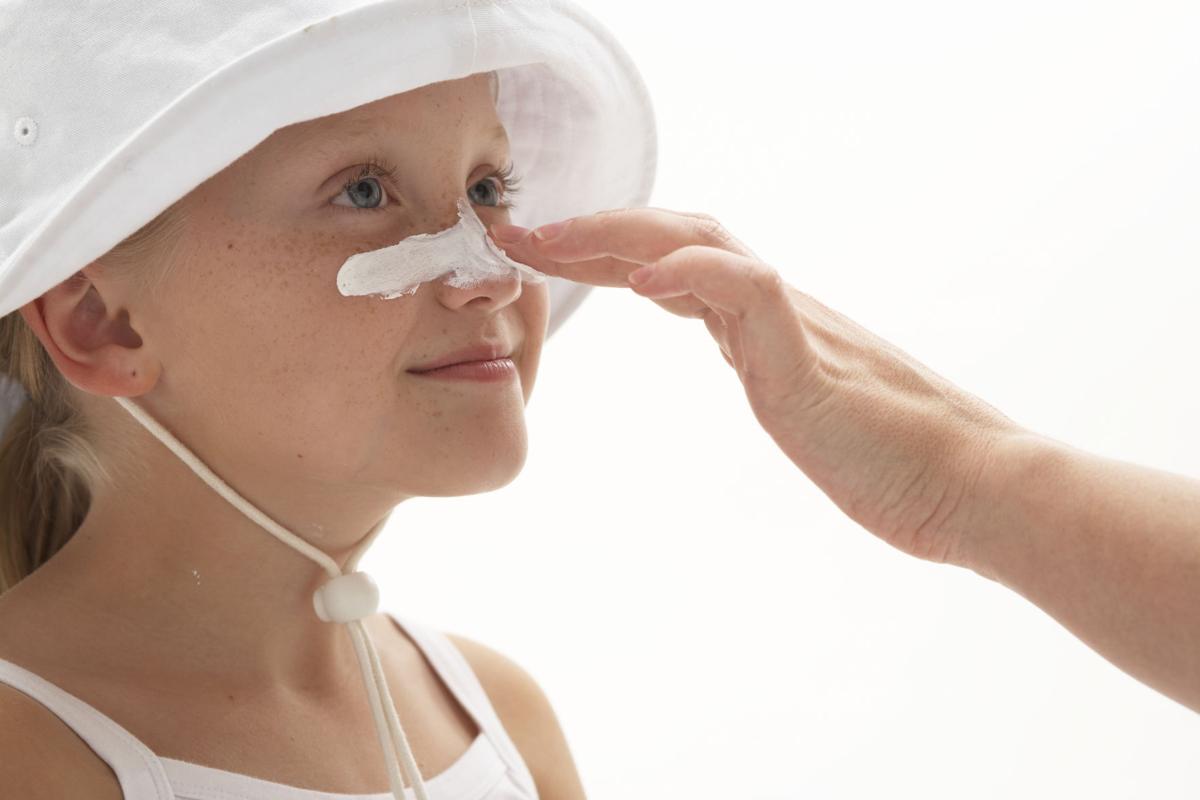 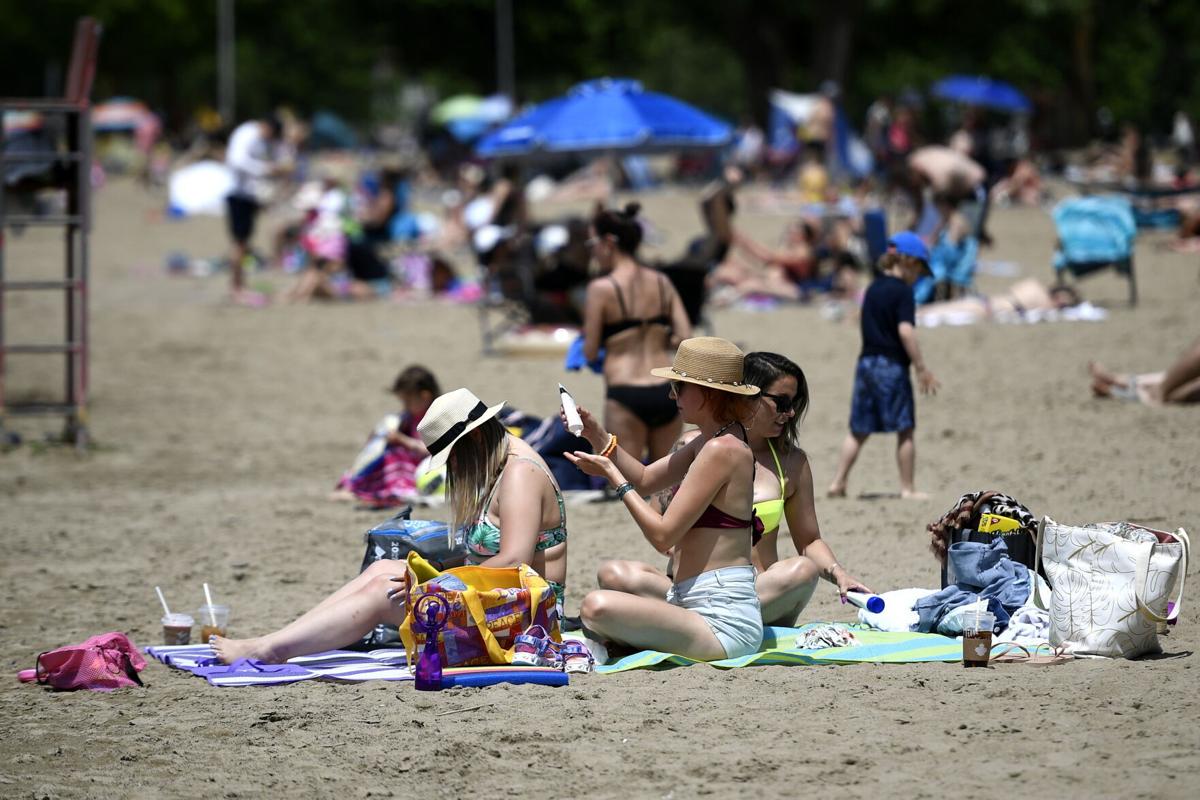 People apply sunscreen as they enjoy the warm weather at Mooney’s Bay Beach in Ottawa, Ontario, in early June. Not all sunscreens offer broad spectrum protection. 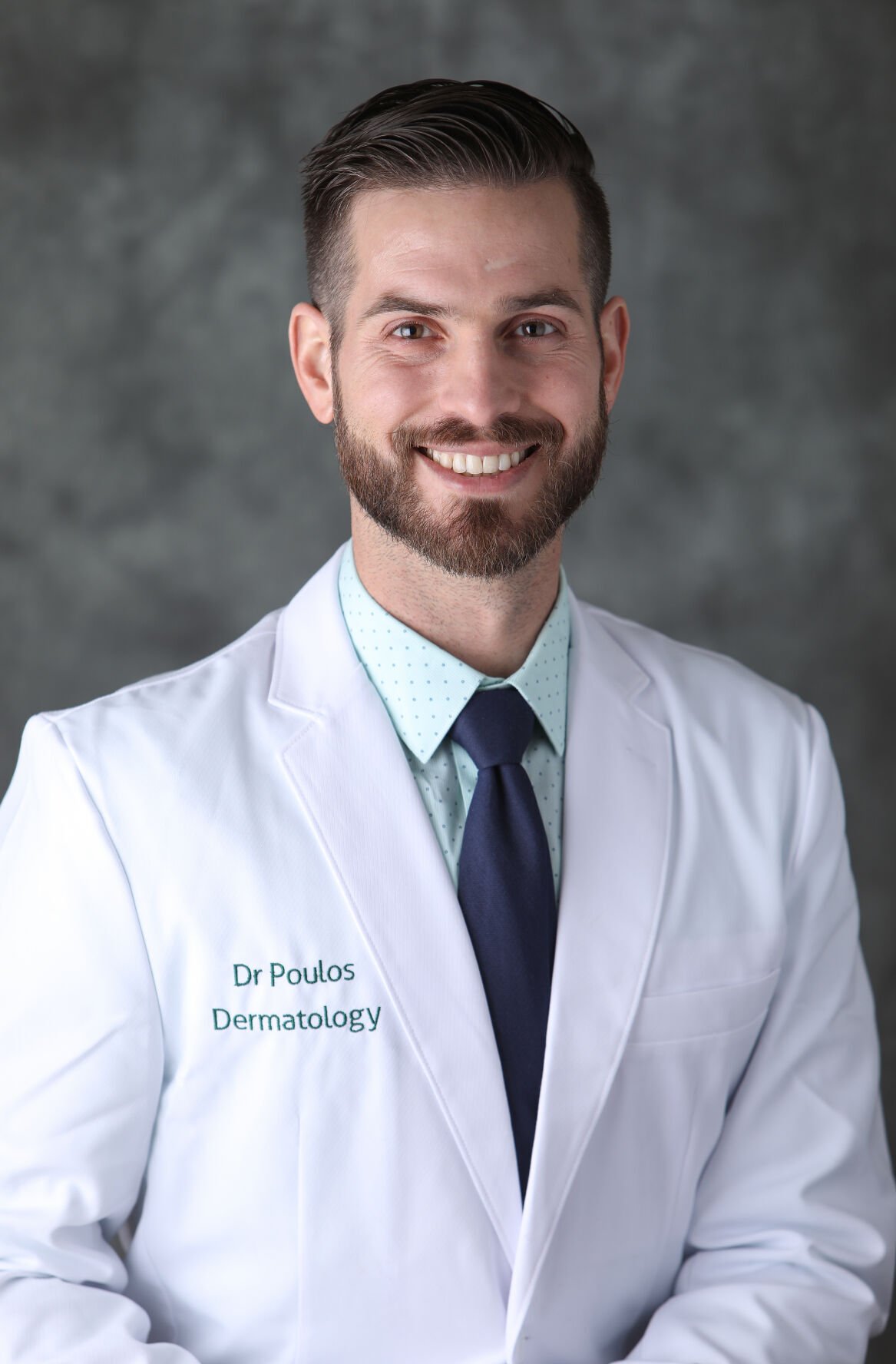 Dr. Nickolas Poulos, the dermatologist at Global Dermatology, is passionate about sunscreen, and recommends using it every day, whether you’re spending a lot of time in the sun or not. Courtesy Dr. Nickolas Poulos

Too much sun exposure can lead to skin cancer and other issues.

People apply sunscreen as they enjoy the warm weather at Mooney’s Bay Beach in Ottawa, Ontario, in early June. Not all sunscreens offer broad spectrum protection.

Dr. Nickolas Poulos, the dermatologist at Global Dermatology, is passionate about sunscreen, and recommends using it every day, whether you’re spending a lot of time in the sun or not. Courtesy Dr. Nickolas Poulos

The sun is my great love, and also my great enemy.

It reminds me of the juicy Latin quote: “Quod me nutrit, me destruit,” which translates to “what nourishes me, destroys me.”

Once upon a time, I partook of tanning beds and sunned myself religiously on my back deck. Those days are long gone. And tanning remains one of my biggest regrets. I’ve grown wiser, at least in this particular area of my life, and summer is now devoted to sunscreen, hats, shade and covering as much skin as I can without melting.

I come to praise sunscreen, the miraculous substance that staves off sunburns, cancer and premature aging. But I also have questions.

Dr. Nickolas Poulos, the dermatologist at Global Dermatology, is happy to provide answers. He helped me discern a few truths about sunscreen, one of his favorite topics.

A product that offers SPF (sun protection factor) 30, which blocks around 92% of UV (ultraviolet) rays, and has broad spectrum coverage, meaning it offers UVA and UVB coverage. Not all sunscreens have this. UVB rays cause sunburn and cancer, while UVA rays also play a role in causing cancer but are more strongly linked with premature aging.

You must reapply sunscreen throughout the day, even if you’re not sweating. On average, that means every 60-80 minutes, Poulos said, but read the packaging to make sure. The chemical blockers in some sunscreens can only absorb so many UV rays before they conk out. Mineral sunscreens should theoretically block UV rays as long as it’s on your skin, but again, read the packaging.

“UV exposure is highly correlated with how quickly you age,” Poulos said. “The more UV you get, the older you’ll look sooner.”

The answers remains inconclusive. While some have thought the antioxidants in fruits and vegetables could scavenge the free radicals caused by sunburn or UV rays and help produce less damage, no literature supports the theory, Poulos said.

Heliocare, a supplement made from a fern in South America, has been shown to augment sun protection. In studies, people were given a sunburn and then given the supplement and burned again. The second go-around produced a lesser burn and biopsies showed the skin repaired itself faster after taking Heliocare. But don’t start taking the supplement and stop wearing sunscreen, Poulos said. It’s no replacement for traditional sunscreen, sun-protective clothing or seeking shade.

How much does clothing protect us?

Poulos likes UPF (ultraviolet protection factor) rated clothing because you don’t have to reapply it every 60-80 minutes like sunscreen. Rated means the clothing has been tested and will provide a certain level of protection. If an item isn’t rated, there’s no assurance you’re getting any protection. The dermatologist cites a study that found a black cotton T-shirt provides an SPF of eight. In other words, not that much protection but better than bare skin.

How much damage can occur while sitting by a window or in the car?

Short answer: some. Windows do block some form of light in the UV range, but it’s nothing to bet your skin health on, Poulos said, unless the window is tinted. If you have a career that requires you to be in the car a lot, pay careful attention to the left side of your face. Studies done on truck drivers show a marked difference in damage on the side of the face facing the window.

Basically, always wear sunscreen, even if you’ll be in the office all day. The incidental light you accrue whenever you walk outside, even if it’s just back and forth to your car, adds up over the decades.

Everyday elixir to cure what ails you, or at least make you feel better | Live Well

I’ve heard this several times recently and was perplexed. A study several years ago looked at the light from tablets and phones, Poulos said. It didn’t say anything about sun damage, but it did find screen light can affect the pigmentation of skin.

For example, say you have the remnants of a blemish or rash — that reddish-brown coloring that seems to take forever to fade. Sunlight can make that hyperpigmentation stick around longer, and the study found light from screens can do the same thing. The study also found the iron oxides used in tinted mineral sunscreens can help protect you from the screen’s light and allow the discoloration to fade.

Poulos is a big fan of the mineral variety even though they often make your skin look chalky. If that pasty look isn’t your thing, you can find a tinted version with iron oxides. Mineral sunscreens contain zinc and titanium and essentially are a shield to most, if not all, UV rays. Mineral sunscreen also is less irritating to the skin. It’s the one most often marketed for babies.

A study was released right before the pandemic hit that caused uproar around chemical sunscreens, but then COVID-19 took over, and it was either largely forgotten or ignored, Poulos said. In the study, subjects applied chemical sunscreen according to the product’s directions, which meant 1 ounce over all exposed areas however many times a day the packaging recommended.

Researchers then took blood samples to see if the chemicals showed up. Turns out they did, and to a much higher extent than the U.S. Food and Drug Administration recommends as safe. So, you be the judge.

SPF: the higher the better?

Only by a smidge, but there are other things to consider. SPF 30 blocks about 92% of UV rays, while SPF 100 blocks about 96% or 97%, Poulos said. And if you’re using mineral sunscreens, there’s the opaque factor — the higher the SPF, the more it will look like you’ve slathered white paint on your face, which you likely don’t want. Chemical sunscreens have to cram in more chemicals for a higher SPF, which also might not be great, according to the study.