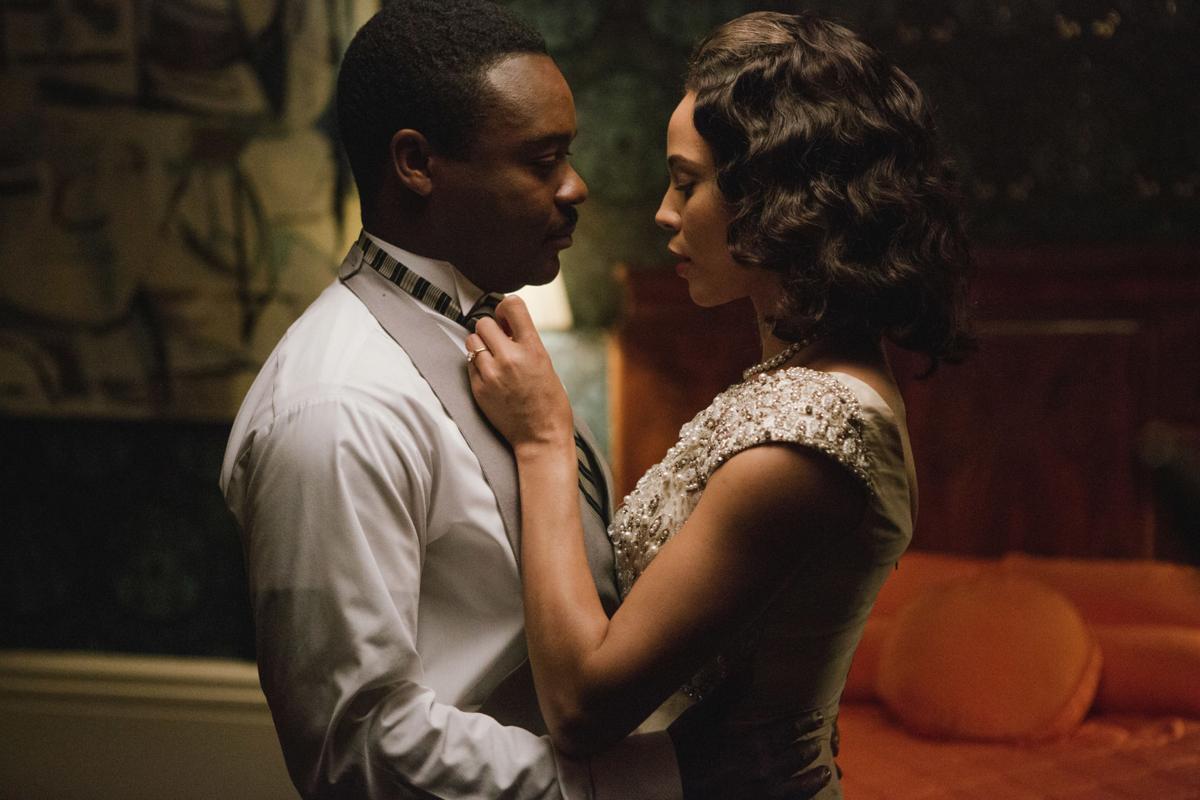 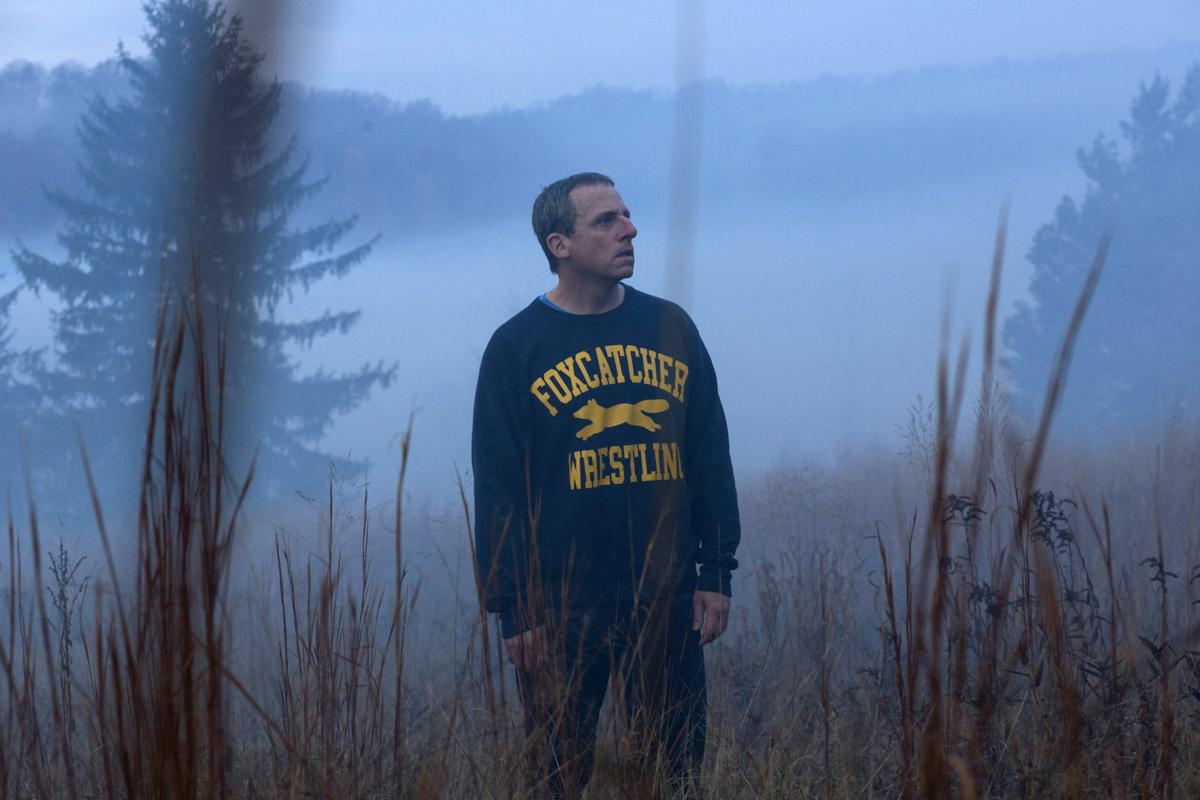 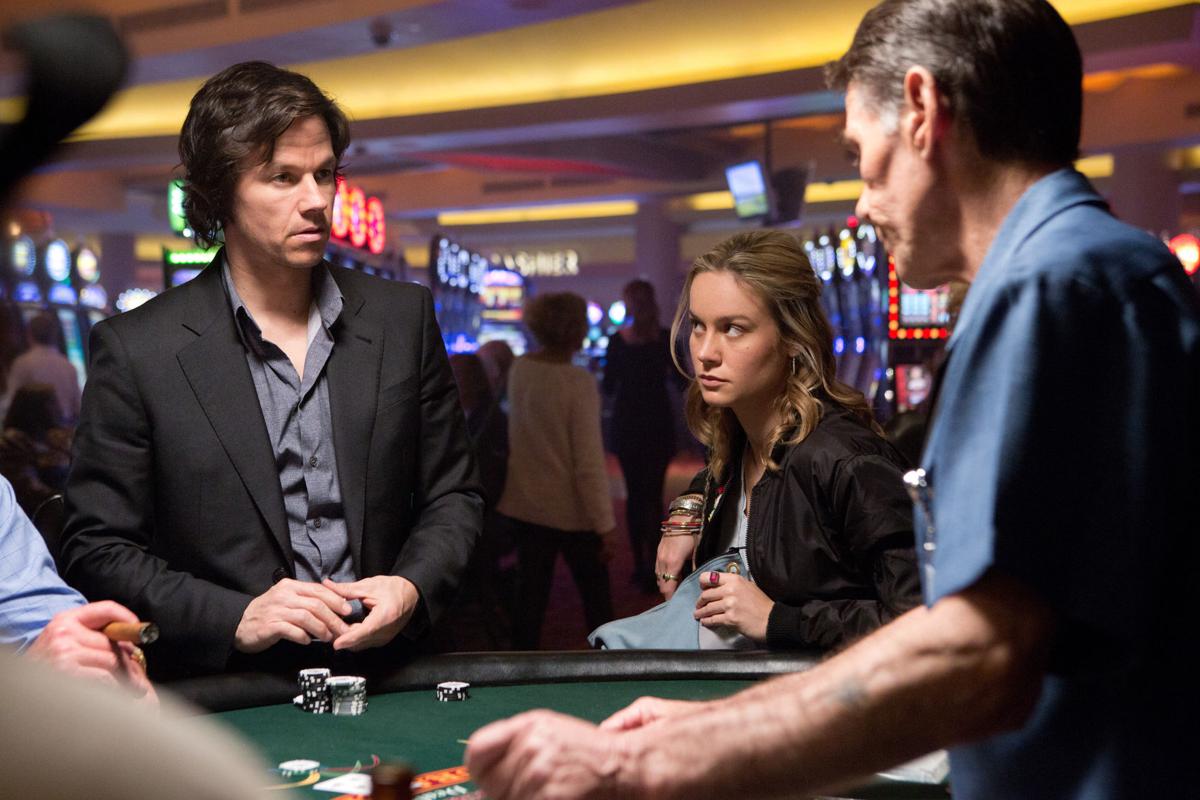 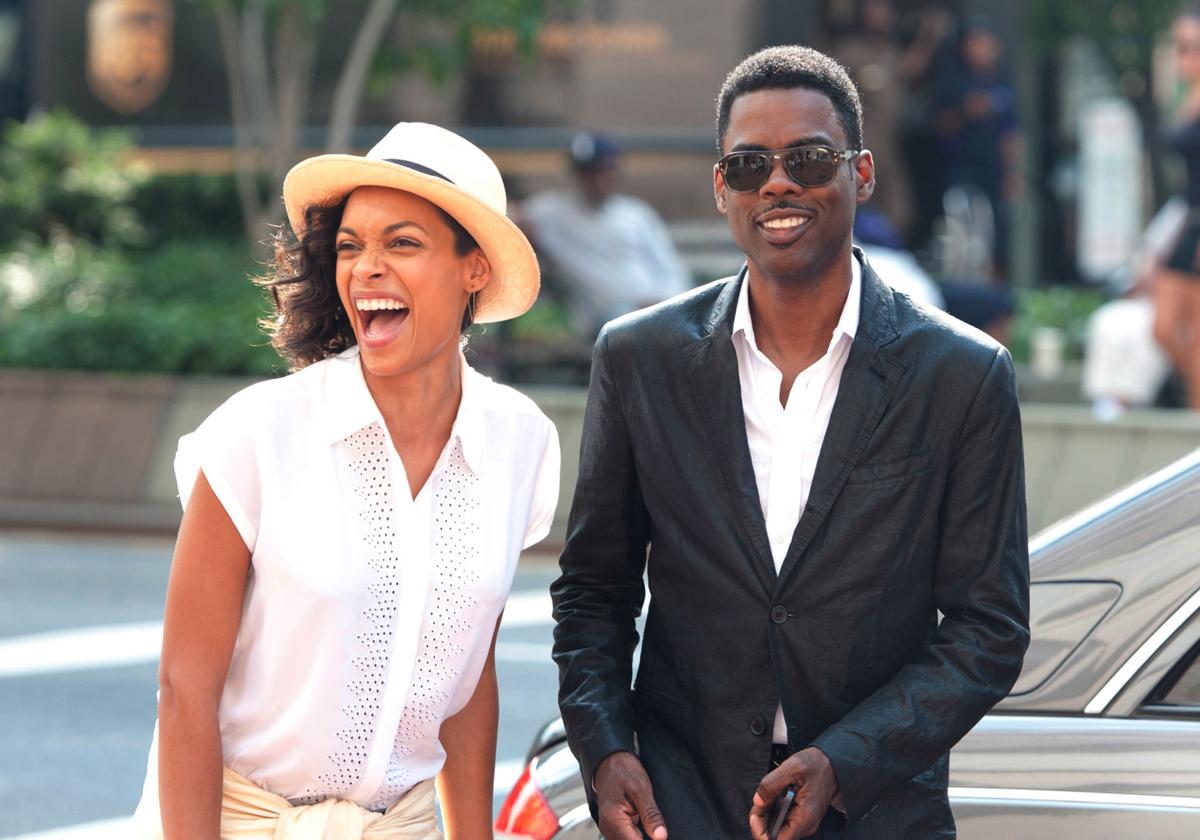 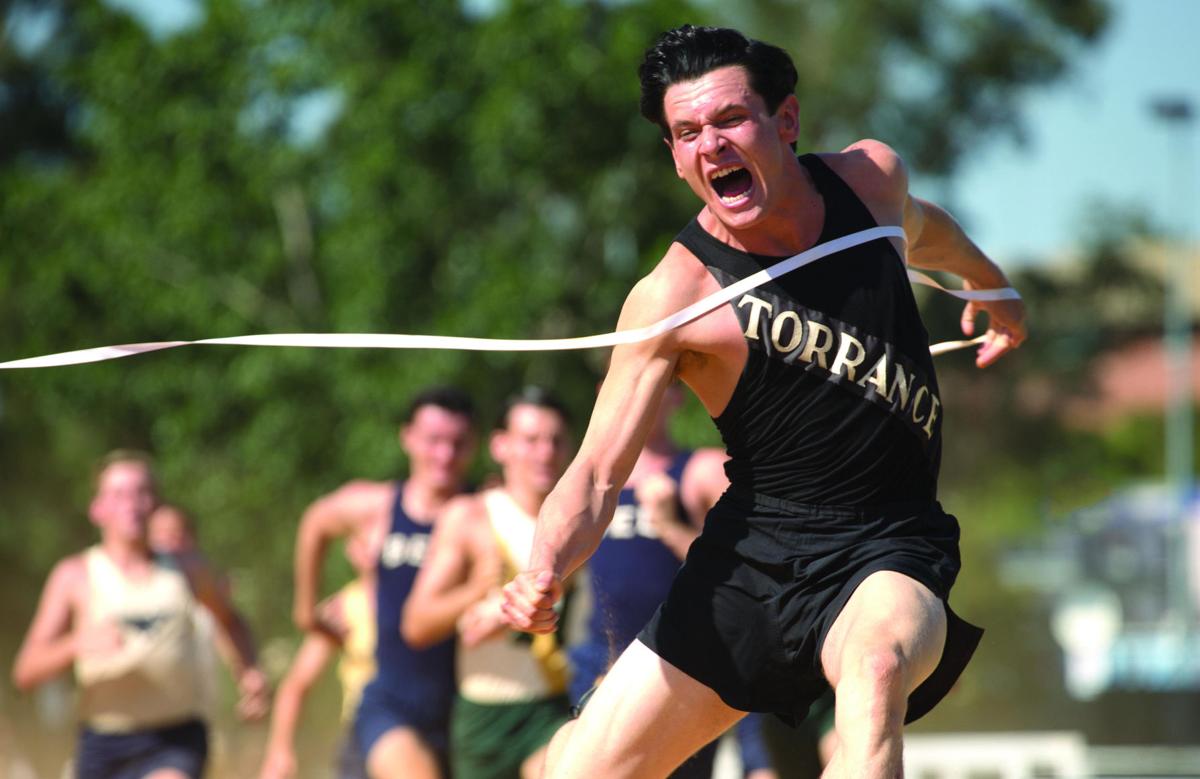 JACK O'CONNELL stars as Olympian and war hero Louis Zamperini in "Unbroken", an epic drama that follows the incredible life of Zamperini who, along with two other crewmen, survived in a raft for 47 days after a near-fatal plane crash in WWII-only to be caught by the Japanese Navy and sent to a prisoner-of-war camp. 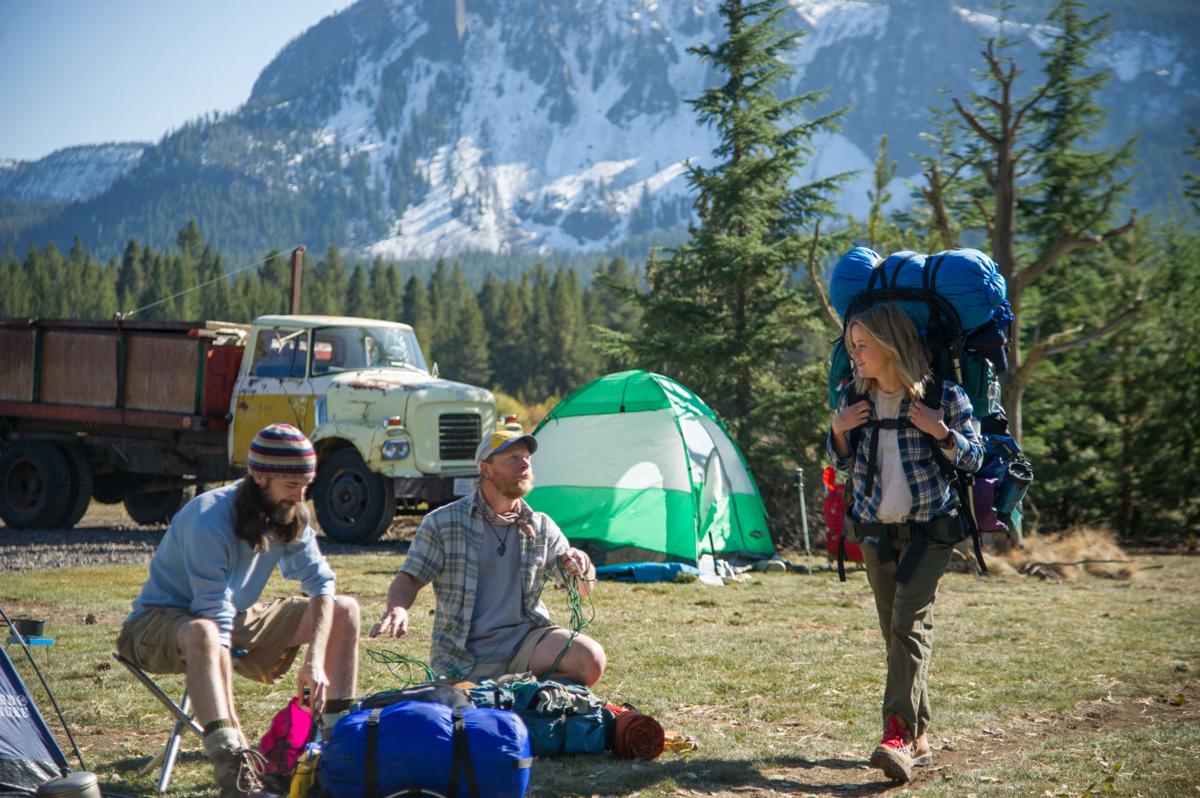 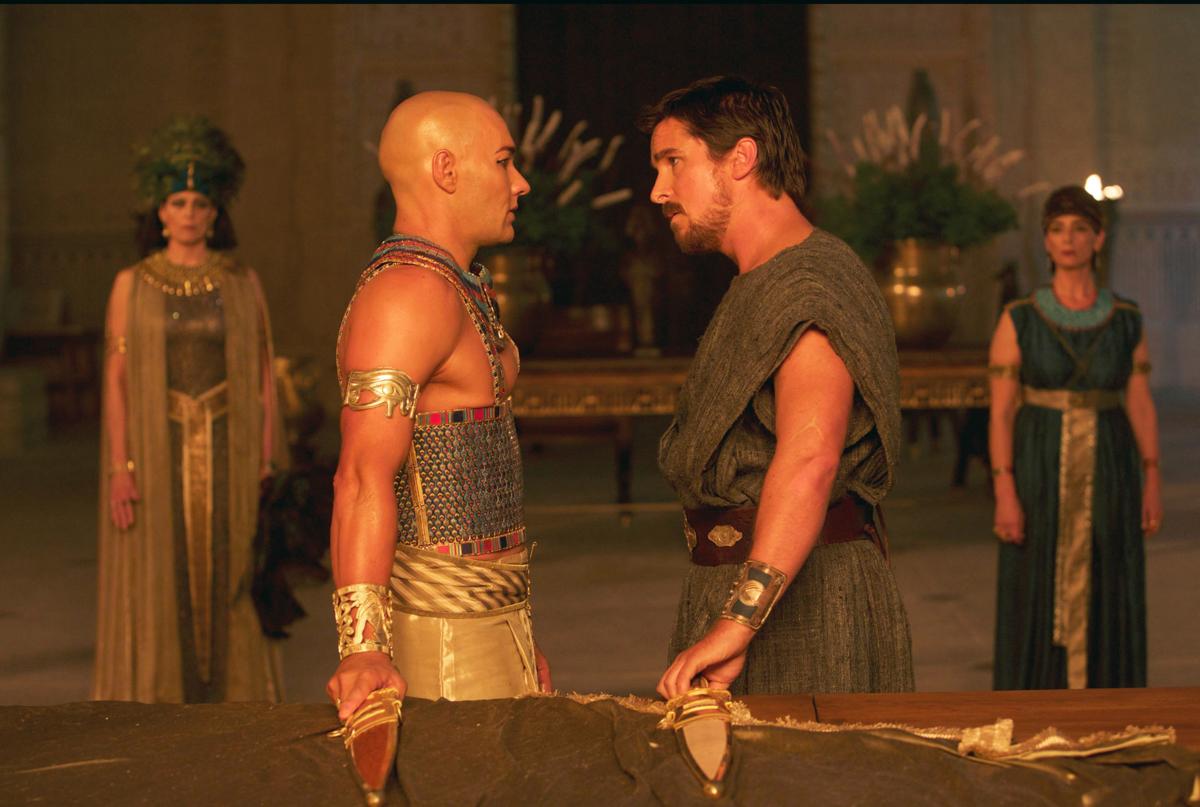 This image released by 20th Century Fox shows Joel Edgerton, left, and Christian Bale in a scene from "Exodus: Gods and Kings." The film, directed by Ridley Scott, is set for release on Dec. 12, 2014. (AP Photo/20th Century Fox, Kerry Brown)

JACK O'CONNELL stars as Olympian and war hero Louis Zamperini in "Unbroken", an epic drama that follows the incredible life of Zamperini who, along with two other crewmen, survived in a raft for 47 days after a near-fatal plane crash in WWII-only to be caught by the Japanese Navy and sent to a prisoner-of-war camp.

This image released by 20th Century Fox shows Joel Edgerton, left, and Christian Bale in a scene from "Exodus: Gods and Kings." The film, directed by Ridley Scott, is set for release on Dec. 12, 2014. (AP Photo/20th Century Fox, Kerry Brown)

Whatever holiday joy and comfort you can muster this season, save it for the cinema. Besides a small offering of comedy and family flicks, it's looking a lot like Oscar season. Familiar epics from Ridley Scott and Peter Jackson will make a big, loud splash, but it's the dramas that will be worth catching.

Leave the kids at home for "Wild" and "Foxcatcher," where romantic comedy stars and funnymen take quite a serious turn. "Selma" is set to tackle the civil rights movement and "Inherent Vice" looks about as bonkers as anything Paul Thomas Anderson has ever cooked up. Save those sweets from your stocking stuffers and hide them in your pockets because there's plenty to catch before and after the new year.

- What better way to get into the Yuletide spirit than being scared silly by director Gregory Levesseur ("The Hills Have Eyes") as he guides Denis O'Hare and Ashley Henshaw through the "The Pyramid," where ancient Egyptian mysteries threaten the lives of any U.S. archaeologists who dare to enter. Oh, what fun it is to ride through a desert spook house, with a monster waiting to scare the stockings off you.

- "Exodus: Gods and Kings" is a Biblical epic helmed by Ridley Scott, written by Bill Collage, Adam Cooper, Steven Zaillian and Jeffrey Crain, and starring Christian Bale, Joel Edgerton, John Turturro, Aaron Paul, Sigourney Weaver and Ben Kingsley, all pitching in to create a reinterpretation of the exodus of the Hebrews from Egypt as headed up by Moses. A tale from the Old Testament is retold by Hollywood once again.

- "Top Five" is a comedy written, directed by and starring Chris Rock as Andre Allen, a comedian turned film star who, to the dismay of his legions of fans, is determined to transform himself into a serious actor. But his latest, pretentious historical film is flopping, his potentially disastrous marriage to a popular reality star (Gabrielle Union) is fast approaching and his scheduled interview with sharp, no-nonsense New Yorker reporter (Rosario Dawson) may change his life forever.

- "The Hobbit: The Battle of the Five Armies" is the third and final round of the three-part film adaptation of J.R.R. Tolkien's "The Hobbit," directed by Peter Jackson and co-written by Jackson, Fran Walsh, Philippa Boyens and Guillermo del Toro. Bilbo Baggins (Martin Freeman), Thorin Oakenshield (Richard Armitage) and his dwarves have unintententionally unleashed a deadly force, and an enraged Smaug (Benedict Cumberbatch) takes out his wrath on the people of Laketown. Meanwhile, unknown to everyone but the wizard Gandalf (Ian McKellen), the enemy Sauron (Cumberbatch again) has returned to Middle Earth, sending legions of Orcs into an attack on Lonely Mountain. A review of previous installments is recommended.

- Tomorrow, tomorrow, yet another updated stage production and film remake of "Annie" will happen again tomorrow, just as sure as the sun will come up. The latest version of the musical, based on the 1924 Harold Gray comic strip "Little Orphan Annie," stars Quvenzhane Wallis in the title role, with Jamie Foxx as Will Stacks, an update of Daddy Warbucks, Rose Byrne, Bobby Cannavale and Cameron Diaz as Miss Colleen Hannigan, the cruel mistress at the foster home where Annie lives. Directed by Will Gluck ( "Friends with Benefits").

- "Night at the Museum: Secret of the Tomb" is the third in a comedy trilogy wherein historical figures and exhibits come to life, thanks to the magic powers of an ancient tablet. Shawn Levy again directs Ben Stiller as the champion of the reanimated historical attractions and Robin Williams returns in his final film role as Theodore Roosevelt, along with Owen Wilson as Jedediah, Steve Coogan as Octavius, Ricky Gervais as Dr. McPhee, Patrick Gallagher as Attila the Hun, Dick Van Dyke as Cecil Fredericks, Paul Rudd as Don and Mickey Rooney, also appearing in his final film, as Gus.

- Witherspoon is back (busy season for her) with an all-star cast in the crime comedy- drama "Inherent Vice," about a drug-fueled cop (Joaquin Phoenix) in 1970 Los Angeles investigating the disappearance of a former girlfriend. The cast also features Jena Malone, Josh Brolin, Owen Wilson, Benicio Del Toro, Martin Short, Shasha Pieterse and Maya Rudolph. Written and directed by Paul Thomas Anderson ( "Boogie Nights," "There Will Be Blood") from the Thomas Pynchon novel.

- Angelina Jolie directs "Unbroken," based on the Laura Hillenbrand book that tells the true story of World War II hero Louis "Louie" Zamperini, a former Olympic track star who survived a plane crash in the Pacific, spent 47 days drifting on a raft, then more than 2 1/2 years in a series of Japanese POW camps. Early drafts of the screenplay were written by William Nicholson and Richard LaGravenese, and Joel and Ethan Coen were hired to rewrite the final script when Jolie signed on as director. Jack O'Connell stars as Zamperini.

- College literature professor by day, high-stakes gambler by night, Jim Bennett (Mark Wahlberg) is "The Gambler" and finds himself in deep with a vicious loan shark and his goonish bodyguards. And to further complicate matters, Bennett is carrying on an affair with one of his students in this thriller from director Rupert Wyatt ("Rise of the Planet of the Apes").

- "A Most Violent Year" is set in New York City in 1981, one of the most crime-plagued years in the city's history. This action drama by writer-director J.C. Chandor ("All Is Lost") focuses on the lives of an immigrant and his family as they try to build a new business amid the urban decay and violence that threaten to drag them down.

- The quirky horror tale "The Woman in Black: Angel of Death" from Tom Harper, director of the British TV version of "The Borrowers," is a ghost story that takes up 40 years after the first haunting of Eel Marsh House, when a group of children evacuated from World War II London arrive, disturbing the house's evil, slumbering inhabitant.

- When will they learn not to mess with erstwhile spy Bryan Mills? "Taken 3" is Liam Neeson's third outing as the deadly ex-government operative, Mills again falls back on his particularly lethal set of skills to clear himself of a ruthless murder he is charged with but did not commit. Famke Janssen joins the dangerous crusade.

- "Selma" depicts a pivotal moment in the civil rights movement - the monumental protest march on Selma, Ala. This historical drama follows the dramatic interplay of giants such as Martin Luther King and President Lyndon Baines Johnson during the days leading up to and following the march that changed America.

- "Foxcatcher" is the deadly retelling of actual Olympic wrestling hopeful Mark Schultz (played by Channing Tatum) as he moves to John du Pont's (a chilling Steve Carell) in order to train for the 1988 Olympics. Things get dicey when Mark's brother Dave (Mark Ruffalo) enters the picture and the movie slips into tragedy. You'll see this film mentioned thousands of times before the Oscar telecast.

- Clint Eastwood is sitting in the director's chair once again (his 10th time in a decade) in "American Sniper." The film follows real-life U.S. Navy SEAL Chris Kyle (Bradley Cooper), who is known in movie trailers as the most lethal sniper in American history. Will he pull the trigger on sticking out in what's been a very crowded Middle-East-war movie few years? Only time will tell.

- "The Wedding Ringer" suggests a masculine spin on 2005's "The Wedding Date." This comedy, starring mismatched buddies Josh Gad and Kevin Hart, tells about a shy young groom (Gad) determined to impress his skeptical in-laws. So he turns to a glib-talking best-man-for-hire (Hart) to help him out.

- The live-action "Paddington" feature based on the popular children's books of Michael Bond depicts a young English boy who befriends a talking bear he discovers at a London train station. With a star-studded cast featuring Nicole Kidman, Michael Gambon, Jim Broadbent, Julie Walters and more.

- Jennifer Lopez takes on the cougar's role in "The Boy Next Door," a thriller about a divorced woman who falls in love with a young man who moves in down the street and discovers that he has a very dark secret. Journeyman Rob Cohen ("The Fast and the Furious") directs.

- "Mortdecai" features the always eccentric Johnny Depp as he steps into the title role in this action comedy as a roguish, debonair art dealer on the trail of a stolen painting that's linked to a lost bank account filled with Nazi gold.  Jan. 30

- Director Boaz Yakin ("Remember the Titans") delivers "Max," this inspirational family drama about a mongrel dog that helped U.S. soldiers in Afghanistan. When Max is brought to America, he suffers several hardships before being adopted by his handler's family.

- "Project Almanac" follows a group of precocious teens who stumble across secret plans for a time machine and set out on their own to build one. Naturally, things quickly spin out of control. Jonny Weston, Amy Landecker and Sofia Black-D'Elia head the young cast.