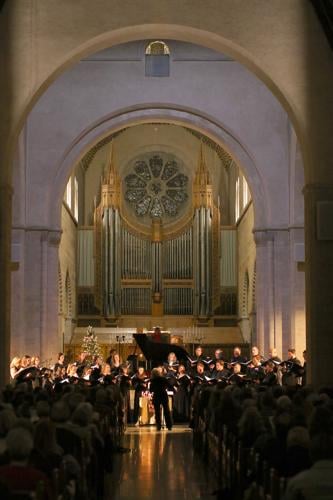 The annual “Wintersong” concert, started in 2000 by the nonprofit Colorado Vocal Arts Ensemble, is Friday and Saturday at Grace & St. Stephen’s Episcopal Church. It features medieval and modern music, storytelling and poetry. The performance is free, but reservations are required. 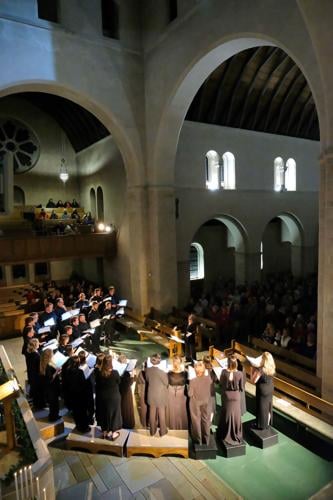 The annual “Wintersong” concert, started in 2000 by the nonprofit Colorado Vocal Arts Ensemble, is Friday and Saturday at Grace & St. Stephen’s Episcopal Church. It features medieval and modern music, storytelling and poetry. The performance is free, but reservations are required.

It’s not always the most wonderful time of year for many.

In the midst of our culture’s deep affection to holly and jolly up the holidays, the cold, dark days can dig up painful feelings: memories, regrets, expectations that go awry and emotions that aren’t very celebratory.

The annual “Wintersong” concert, started in 2000 by the nonprofit Colorado Vocal Arts Ensemble, has become less of a traditional Christmas program and more about paying homage to all the sensations we might be feeling at this time of year. It’s Friday and Saturday at Grace & St. Stephen’s Episcopal Church. The performance is free, but reservations are required. Go online to cvae.org.

“It’s about so many things — the intersection of dark and light, mystery and the turning of the seasons,” said the ensemble’s artistic director and conductor Deborah Jenkins Teske. “People have a sense, as the year is turning, of here we go again, the planning and organizing and decorating and storing up. It’s a pretty hard time of year for some people. Loneliness is heightened. Winter, when things are stripped bare, I find myself feeling emotionally raw.”

Summa adds up to good food and service | Dining review

This year’s show will feature medieval and modern music, including works by Hieronymus Praetorius, Errollyn Wallen, Melissa Dunphy and Bob Chilcott, and storytelling and poetry, including selections by William Blake, Robert Frost and Sara Teasdale.

“One song features the tenor and bass sections — ‘In Winter’s House’ by Joanna Marsh, an English composer,” Teske said. “We’ve not done anything of hers before. It starts with an experience of loneliness in a house and moves toward an ending that lets the light in.”

Ballet's all in the family for Colorado Springs father and son, who share the stage in 'Colorado Nutcracker'

The auditioned choir now has 32 singers, two of whom are rocket scientists, though 28 of them will perform this weekend, based on their availability.

Teske founded the Colorado Vocal Arts Ensemble in 1992 after finishing graduate school and wondering whether to search for a job elsewhere or stay put in Colorado Springs, where her family lived. Her father, Don Jenkins, was artistic director of the Colorado Springs Chorale. She was working at Grace & St. Stephen’s Episcopal Church as assistant conductor and decided to create a group that performed music for a small chamber chorus, her favorite genre.

“We started with 14 people and about 25 people in the audience,” Teske said.