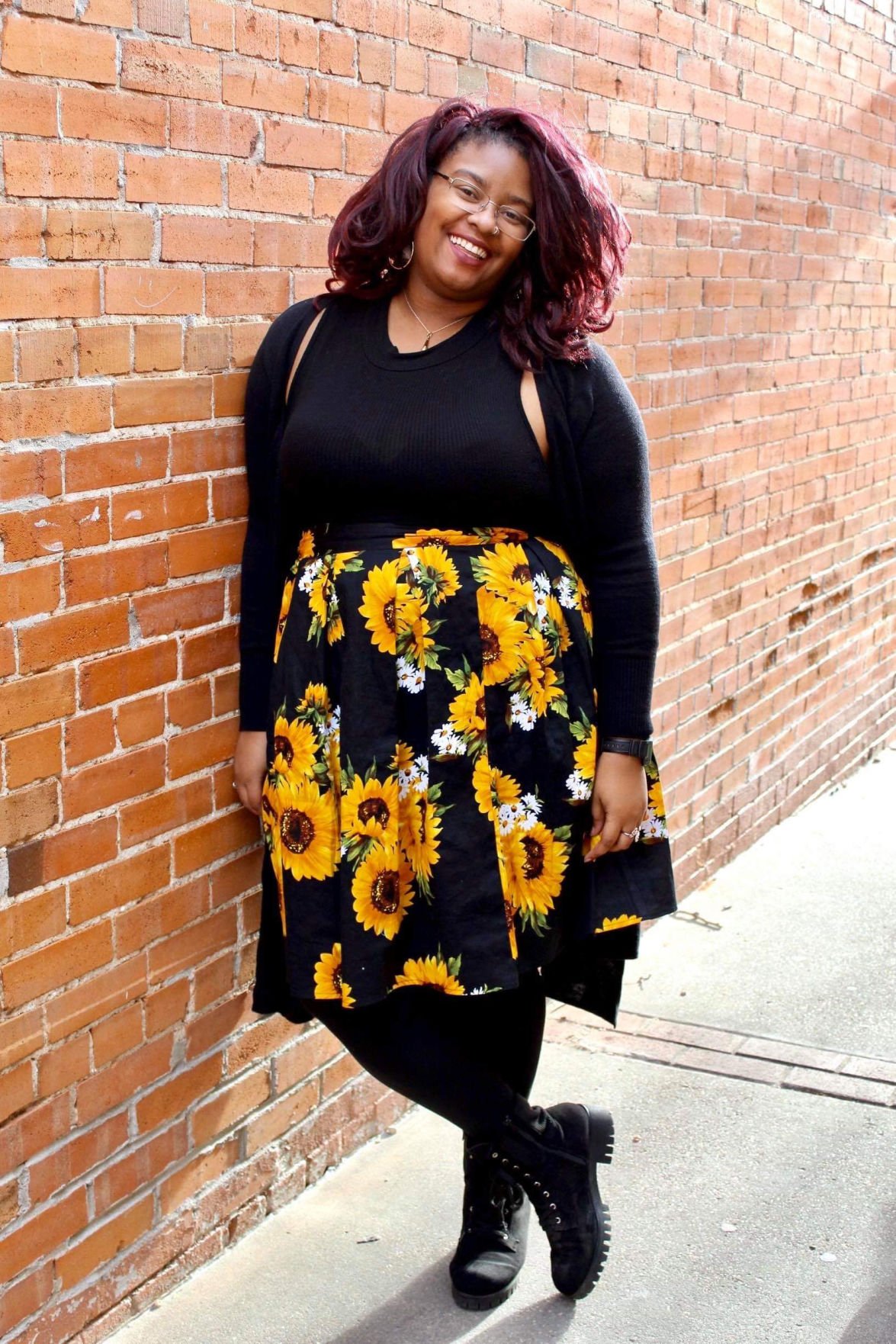 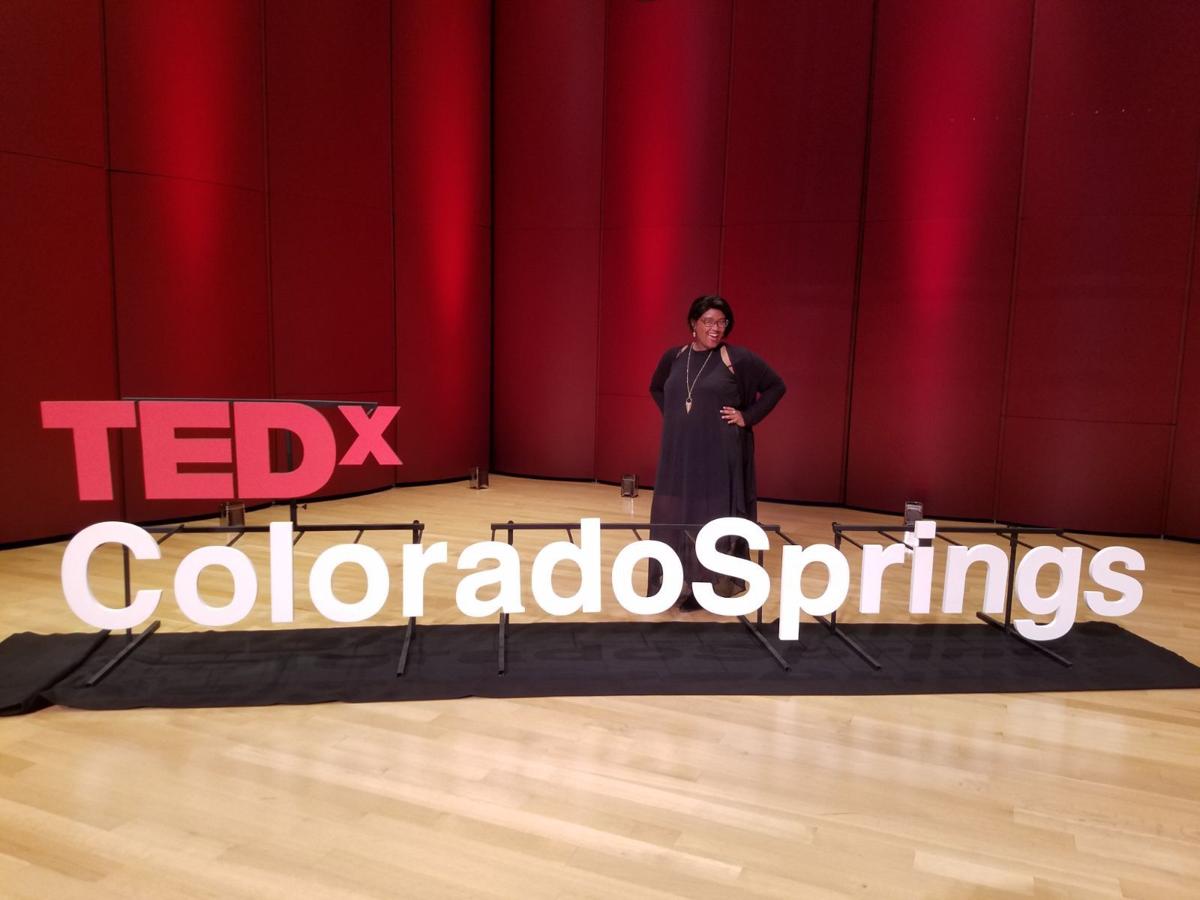 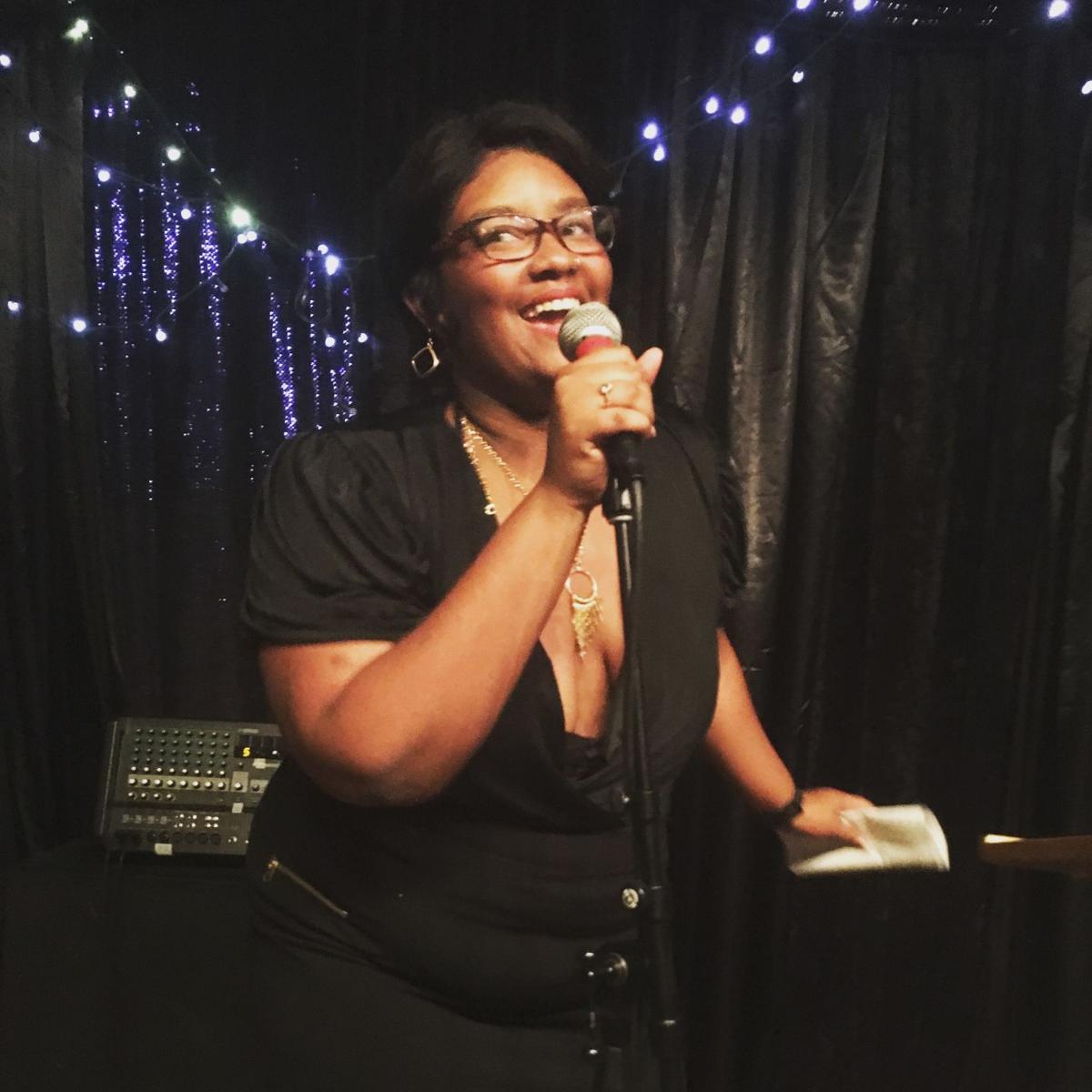 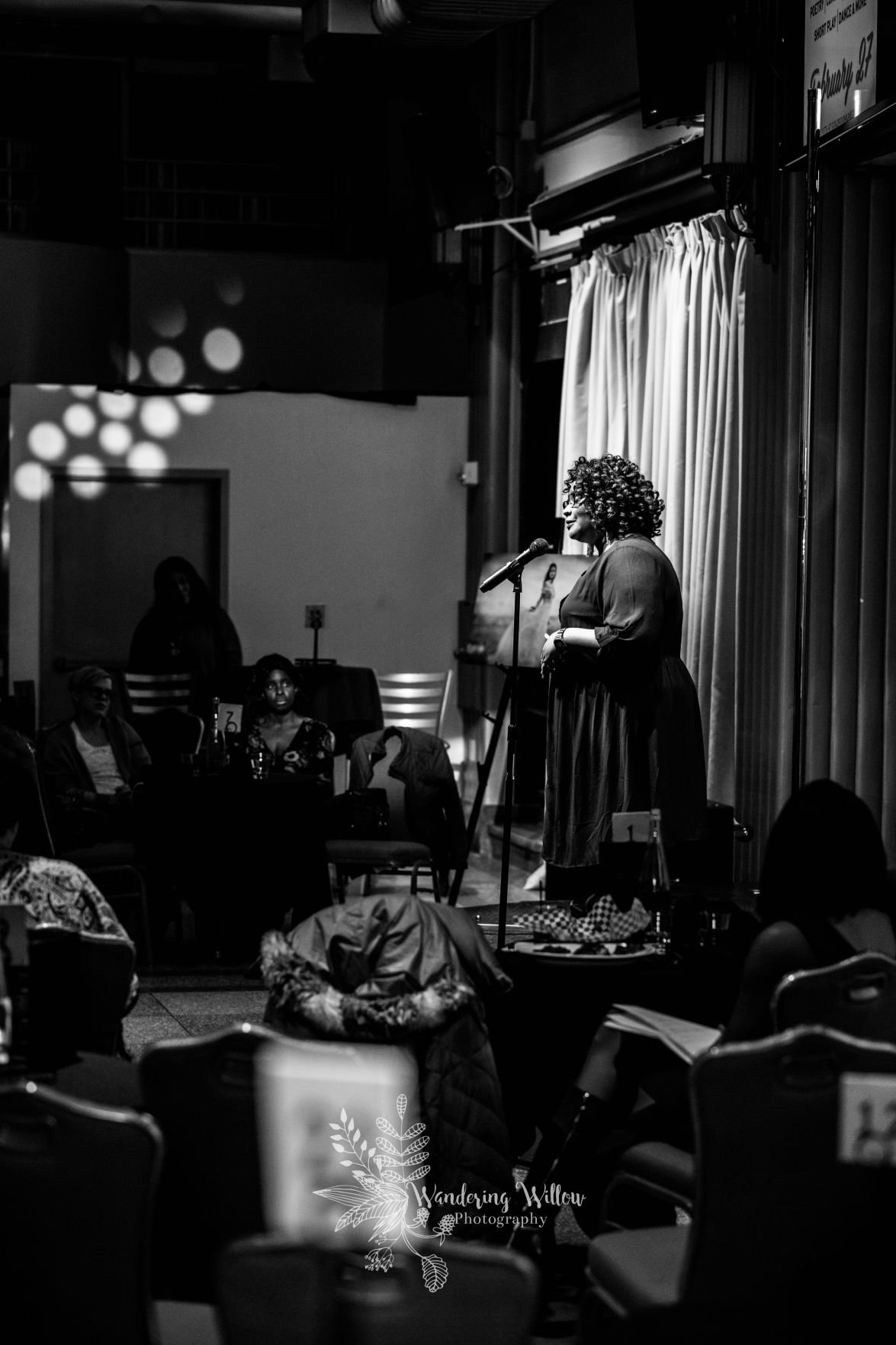 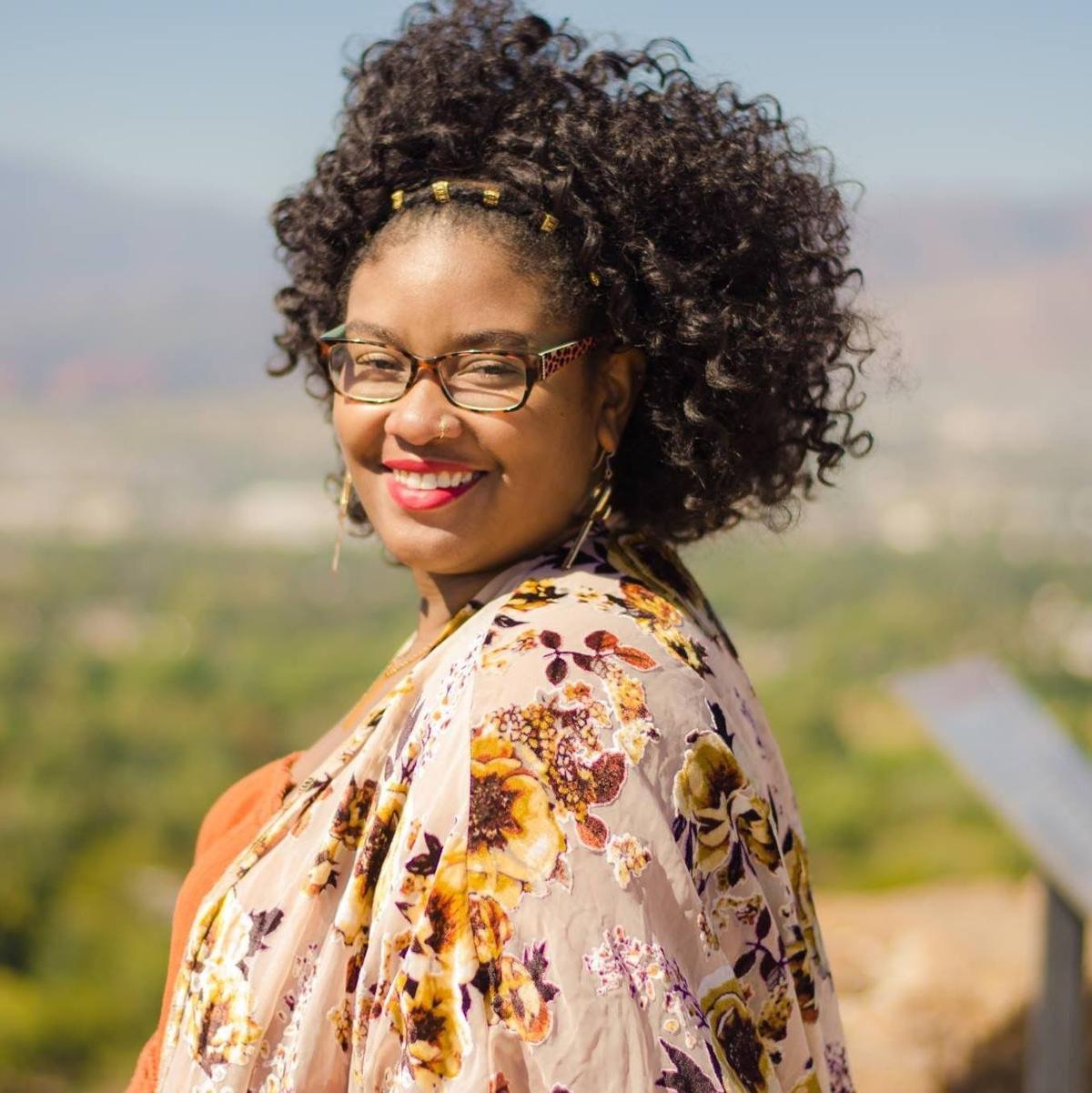 Ashley Cornelius is an award-winning spoken-word poet in Colorado Springs.

Ashley Cornelius is an award-winning spoken-word poet in Colorado Springs.

Colorado Springs spoken-word poet Ashley Cornelius knows a little bit about that. A difficult relationship with a man who refused to communicate propelled her to the page. If she couldn’t talk it out, she would write it out in an angry poem. And the universe ensured people, including her now ex, would hear her out.

At the time, she was a student at the University of Colorado at Colorado Springs and active with the Black Student Union, which invited award-winning slam poet Dominique Christina to perform. During the open mic after the show, Cornelius gathered her words and her emotions and offered them up in her stage debut.

“I performed and it has never stopped,” says Cornelius, a 2005 Rampart High School graduate. “There was so much liberation in sharing my emotions on a public stage and other people really understanding it.”

And was her boyfriend there? He sure was. Perhaps he learned a few lessons that night the hard way.

“That relationship was toxic, and I realized it through my poetry,” she says. “It was like, why do I keep writing really wild dark things? I was processing this is not a good relationship to be in. It helped me navigate out of that relationship.”

Getting her thoughts down in a lyrical way goes back decades in Cornelius’ life, back to the moment when, as a tween, she realized there was an alternative to writing in a journal, which she loathed.

“I’d go back and read it and think my life sucked,” she says. “I’d rip out journal entries. Why would I ever want to remember I had a bad day?”

She realized writing a poem might be a better way to document her days. It allowed her to write something in a coded way that only she could unlock.

“I could create poetry that represented the good, the bad and the ugly, but wasn’t a direct connection to what exactly happened,” says Cornelius. “It gave me some distance between that experience. I was left with a piece of art instead of a troubling memory.”

That longtime love of poetry has led her to the life she lives today. After graduating from UCCS, she received an El Pomar Foundation Fellowship and began to work for Art from Ashes in Denver. Through the organization, which encourages marginalized youths to tell their stories through poetry and spoken word, Cornelius was able to work with kids in alternative schools, jails and mental health facilities. She loved to sit and listen to the kids’ stories, but wanted to take it further. She went on to earn a masters degree in international disaster psychology and eventually became a therapist at Denver Health, where she worked in the adolescent inpatient psychiatric unit.

For the past two years, she’s focused on using poetry therapy with the kids, allowing it to stimulate conversation and help clients move through trauma. The pandemic ended her daily commute, though, and forced her to work at home in the Springs. She’s now working in a new job, a program that helps provide peer support to Denver Health staff members. At some point, she plans to resume clinical work.

Cornelius watched as poetry allowed her young clients to express themselves in a way that was different from verbal processing. Trauma is difficult to relive, she says, but a poem can help explain how a person is feeling.

“We use idioms of distress. We say we have butterflies in our stomach, so we know you’re nervous. It’s the same with poetry,” she says. “They can use similes, metaphors and images to recognize or process parts of their trauma or experiences that might be difficult to say directly.”

As her professional career has developed, so has her personal writing. She’s made a name for herself as an award-winning spoken-word poet, winning four of the nonprofit organization Hear Here Poetry’s competitions. She also became the Women of the World Poetry Slam Colorado Springs representative and competed at a national competition in Dallas two years ago. And in mid-2018, she took on duties as co-director of Poetry 719, which started as a Facebook group in 2009 and has expanded into a space for spoken-word poetry lovers, with regular events, featured poets, festivals and open mics.

This is one of the avenues Cornelius uses to express herself. Her poems are a form of “activism,” she says, and filled with words about racism, sexism and oppression. They are powerful. They ignite her listeners.

“We do not know how to mourn quietly, Wail and scream in hopes we are resurrection enough for the buried, Our voices are reincarnations of our ancestors prayers, Even our whispers are seismic, There is no distinguishing between inside and outside voices, As caged birds now free, we sing too loud and too often, Making up for years oppressed silence,” she writes about black people in her poem “Defy Silence.” She performed it last year at TEDx Colorado Springs.

Vanessa Little, who met Cornelius at a slam poetry event a couple of years ago, has been inspired by her work. Cornelius often writes about her body and self-acceptance. It’s helped Little work on her own body image, while also inspiring her to delve more into writing her own poetry.

“It’s the imagery that she creates with words,” says Little, who’s also a volunteer for Poetry 719. “When I hear her stuff, I’m so fired up. I love that she addresses serious issues. There’s so many types of poetry and spoken-word artists. Some is flowers and candy and that’s beautiful, but right now what a lot of people need, especially people who are underrepresented, like blacks and Latinos, is someone who gets up there and speaks their truth.”

At the core of Cornelius’ poems is the desire to tell her own story. She’s seen so many others try to tell the story of a black person or a woman, but those weren’t her stories. And now that she has a platform, she intends to use it.

“I noticed people would listen to me more and believe me when I said things through poetry,” she says. “I said wow, it’s like a super power I’ve discovered. If I’m on a mic, I need to say something important. I have to honor the people who can’t be on the mic. Even if a poem is fun and silly, I still try to talk about something, like dedicating my poem to a community that might be suffering. If you ever make it big, your job is to turn around and reach out a hand so someone else can come in your spot. I’m making space for somebody else to come on stage after me.”