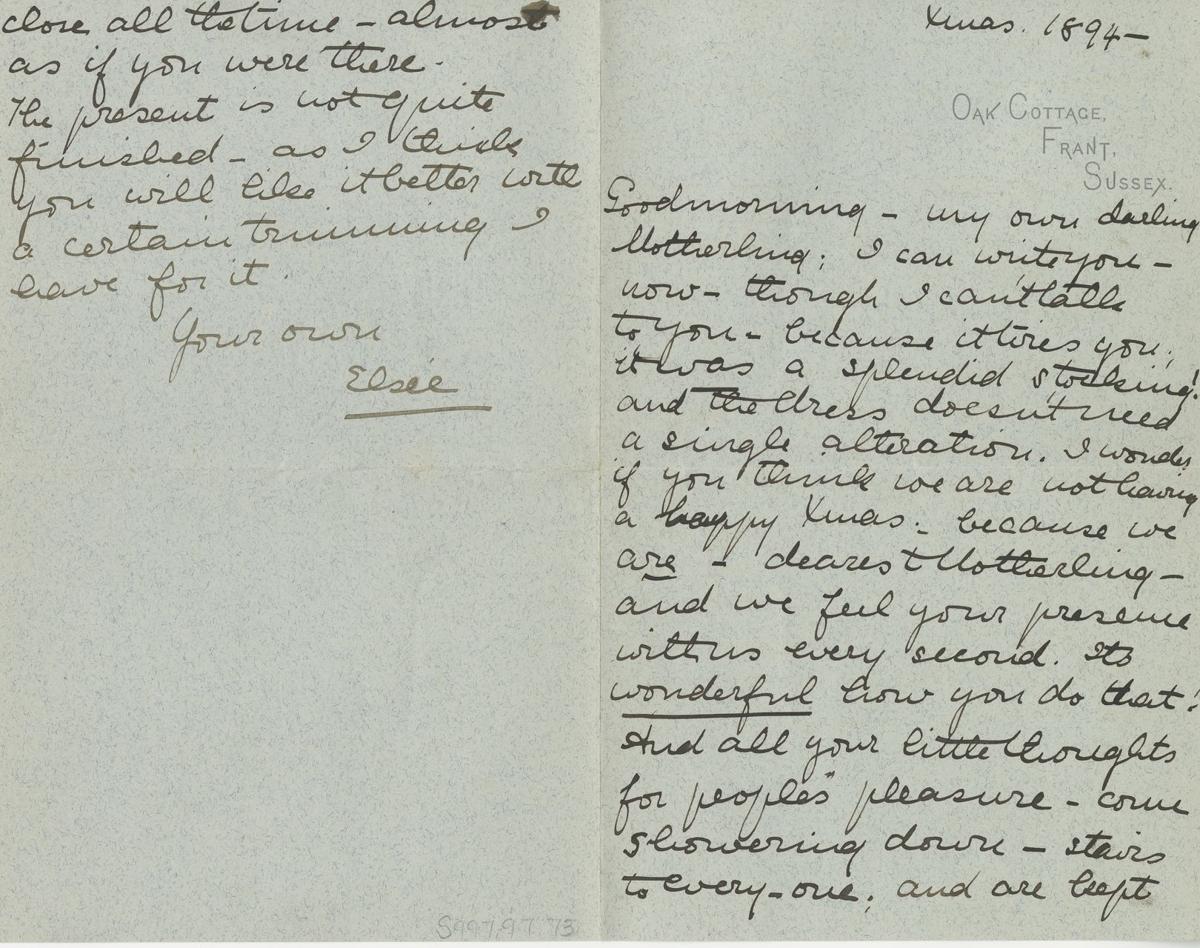 A letter from Elsie Palmer 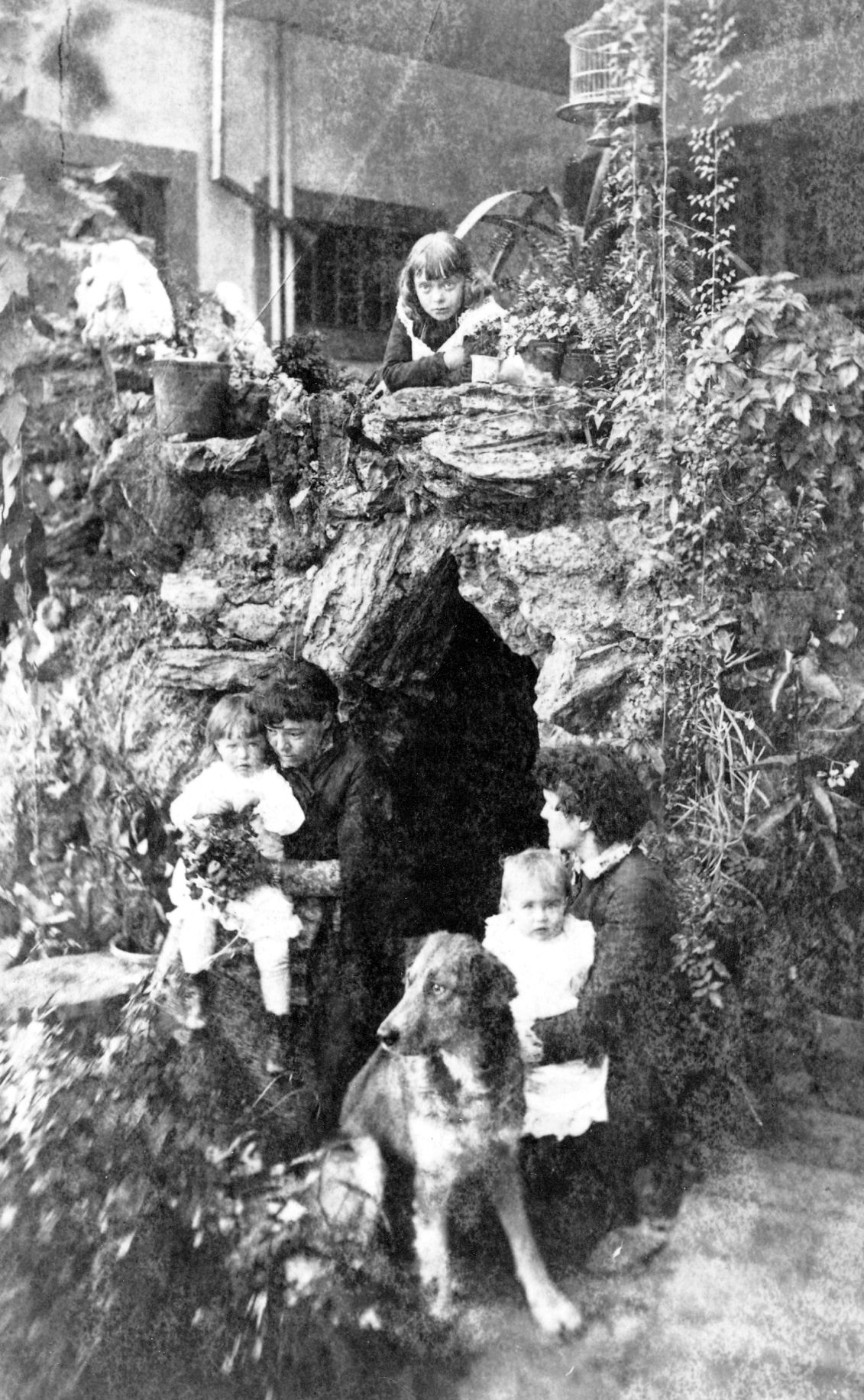 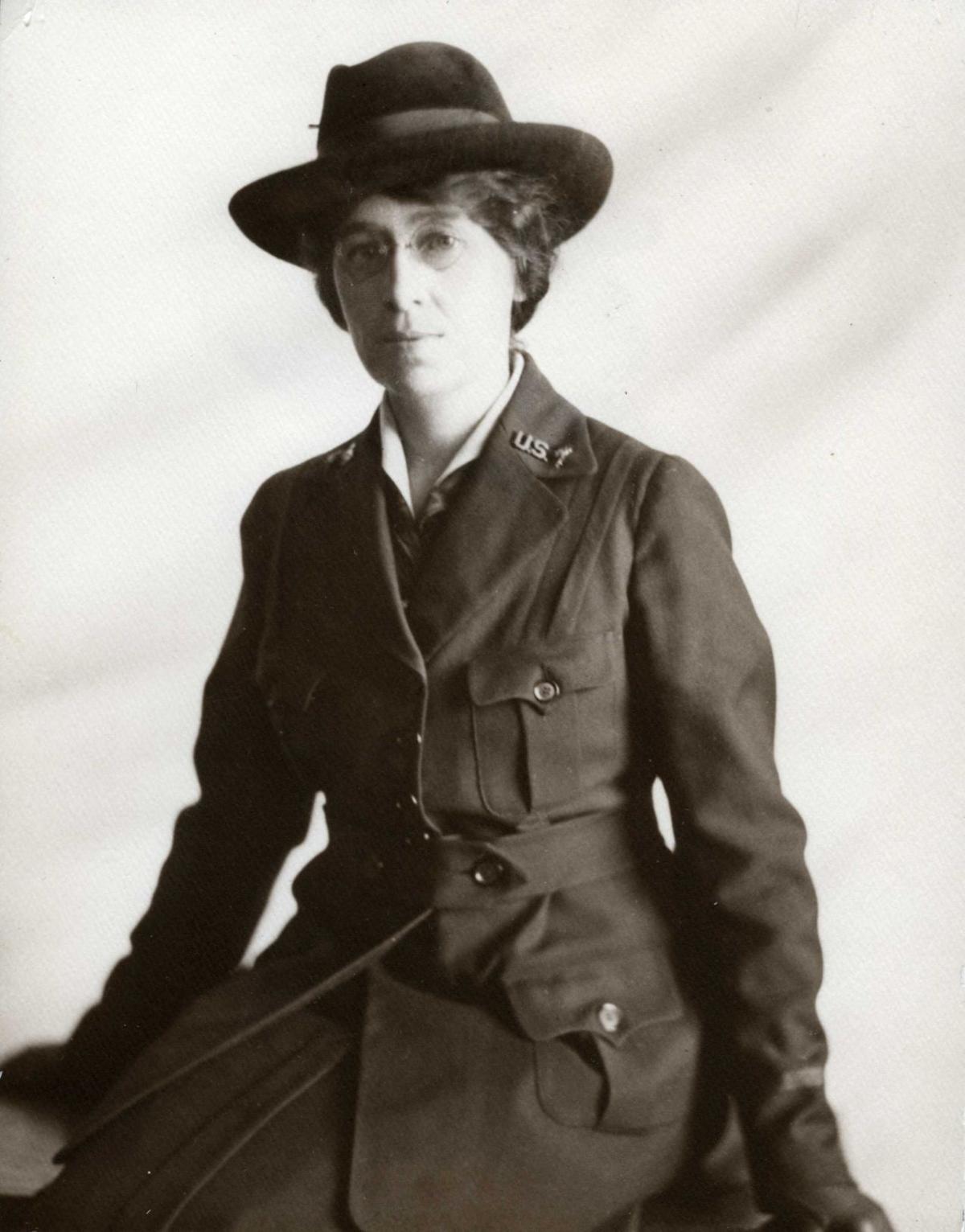 Florence Standish was a well-respected nurse in Colorado Springs. 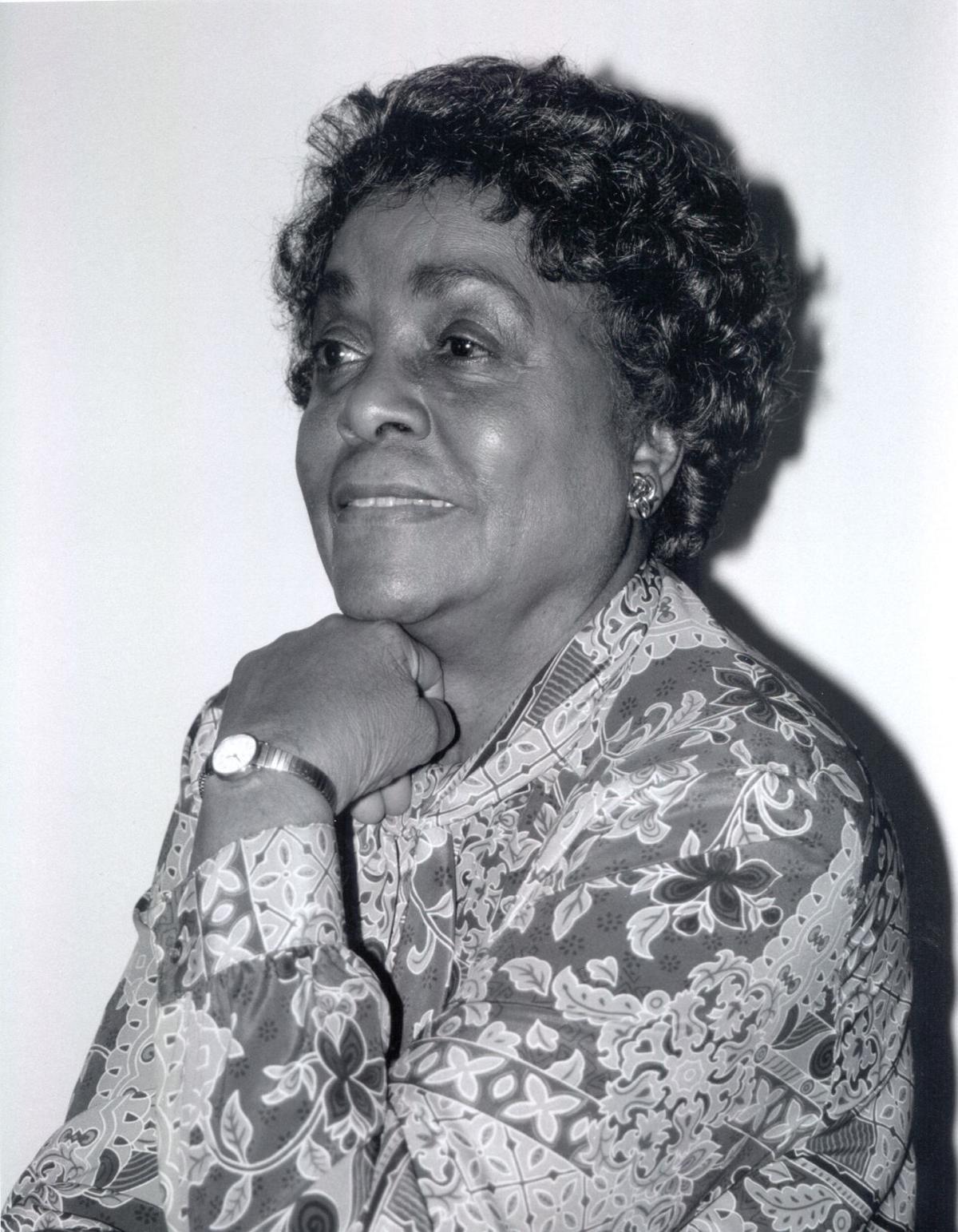 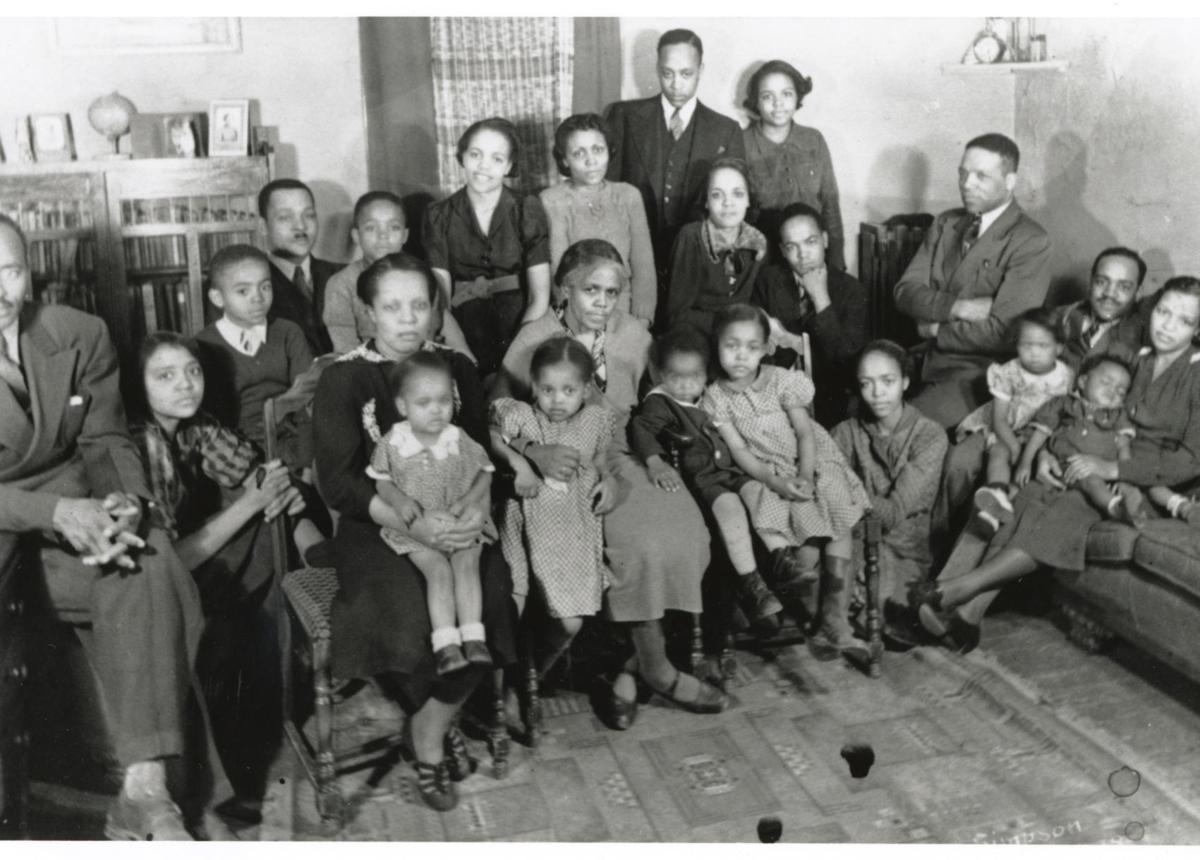 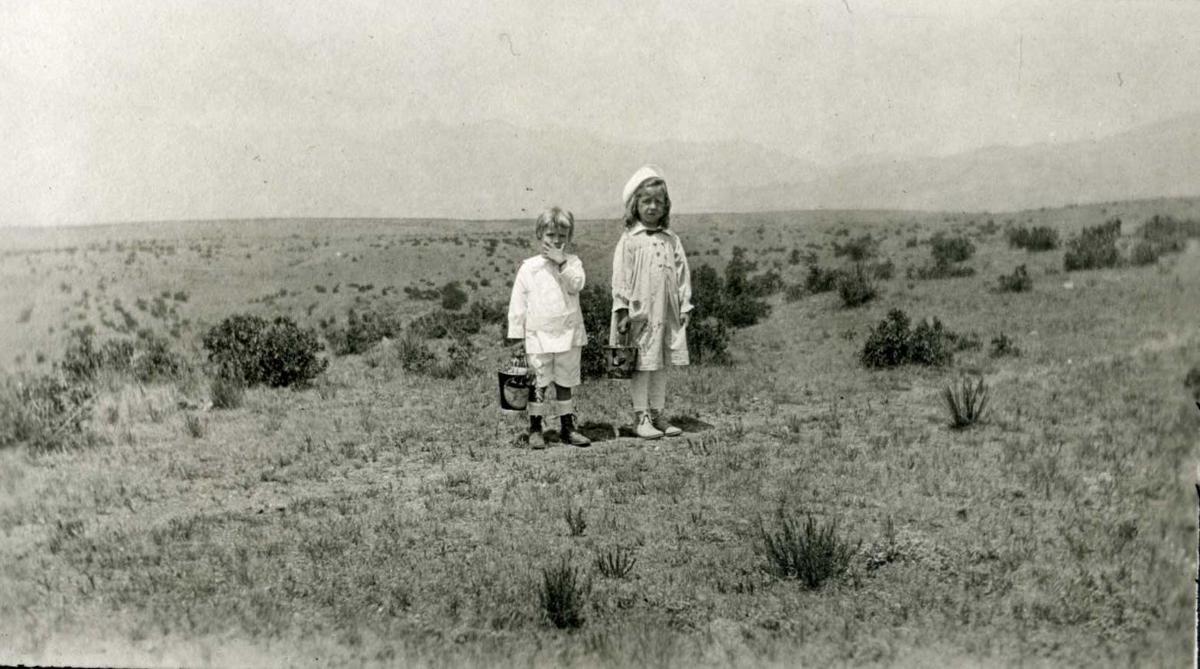 One of Sara Cartwright Jackson Loomis’ many photos of her children, Philip Jr. and Barbara Loomis. 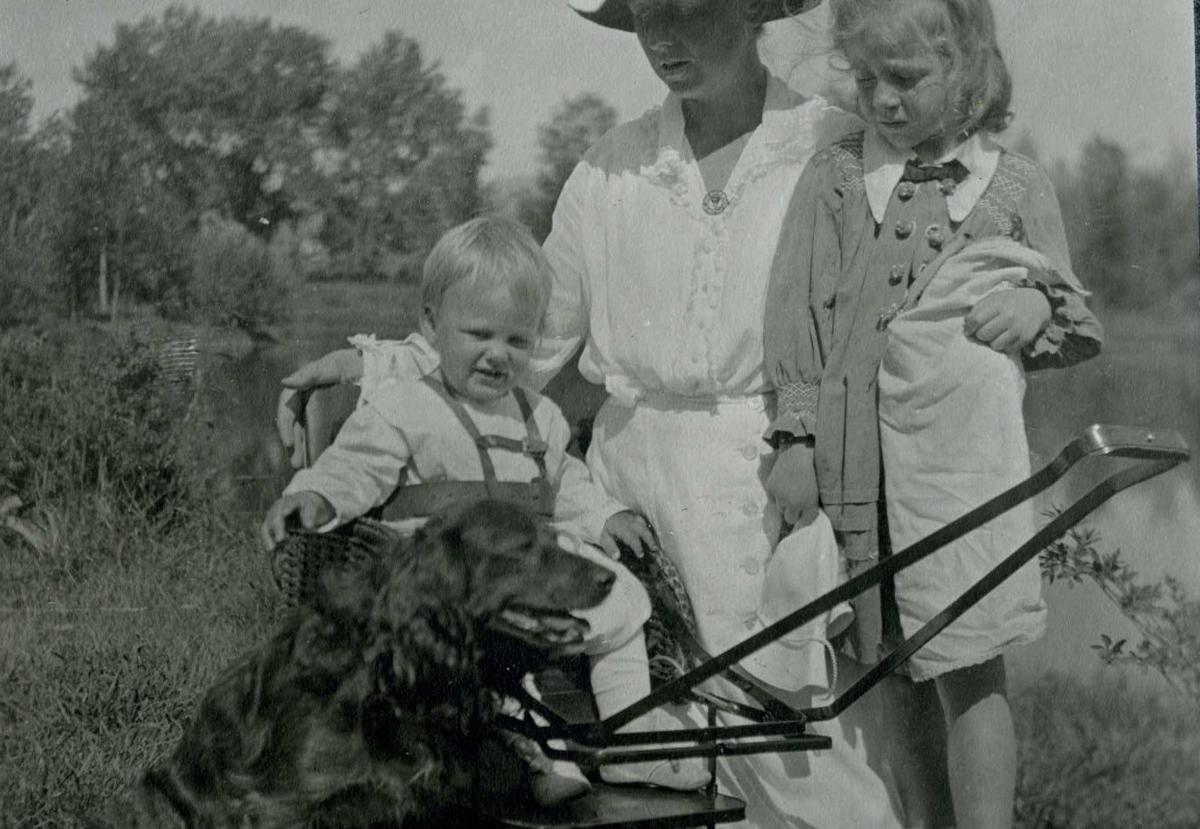 A letter from Elsie Palmer

Florence Standish was a well-respected nurse in Colorado Springs.

One of Sara Cartwright Jackson Loomis’ many photos of her children, Philip Jr. and Barbara Loomis.

No matter the century, when it comes to the relationship between mothers and their children, nothing ever really changes, does it?

Take, for instance, the historic letters between Sara Cartwright Jackson Loomis, who moved to Colorado Springs in 1884, and her two children, Barbara and Philip Jr. In a 1927 letter from the Colorado Springs Pioneers Museum’s collection, Barbara writes to her mother from boarding school seeking advice after being invited to go home with another girl: “I don’t know how to handle it and I wish you could tell me what you think fairly quickly.”

Loomis, in turn, desires to know all the juicy details of her children’s lives, much as mothers before and after her have and will.

“I have found your letter free of good news — which I have read and reread,” Loomis writes to Barbara in one letter. In another, she asks what her daughter and a traveling companion did on a train heading West: “I always want to be able to picture things like that.”

And, probably unsurprisingly, Loomis begs her son Philip to, in so many words, get off his duff and pick up a writing utensil.

“From her diaries she’s constantly asking Philip to write letters: ‘I received one, but I’m looking for another,’” recounts Leah Davis Witherow, CSPM’s curator of history.

In present day, the correspondence is completely different, of course. Now we have quick texts, longer emails and phone or video calls. But the conversations are likely still the same: “What did you do today? Who with? Did you put on sunscreen? Check in with your grandmother?”

“This relationship between mother and child is universal,” says Witherow. “It always is the same relationship. Mothers encourage. They push, they cajole, they harp.”

The museum has much evidence of that strong mother-child bond within its walls. There’s the Pikes Peak region mama everyone knows — Mary Lincoln “Queen” Palmer, wife of Colorado Springs founder Gen. William Jackson Palmer — but there are others you might not have heard of, such as Florence Standish, Lulu Magee Stroud and Sara Cartwright Jackson Loomis.

Though they differ in terms of time periods and parenting styles, all four have one thing in common: their devotion to their children.

“Through their words and deeds each is an absolutely devoted mother,” says Witherow. “They have very busy social and work lives, but they are focused on raising their children to be great people.”

The letters between mothers and their children, particularly their daughters, as in the case of Queen and her three daughters, and Loomis and her daughter, help provide a better window into the interior lives of the adult women in a way that letters between husband and wife or friends and family does not, says Witherow.

The museum relies on family members to donate old diaries, letters and photos from historical figures in the region, which can give a clearer picture of what their lives looked like. As for the future, the curator is concerned that most of us no longer create correspondence in a way that can be preserved. We’re texting, emailing and calling, all of which aren’t being archived.

“There’s less evidence of the close connection between mother and child,” Witherow says. “We won’t be able to document it in the same way.”

Here’s a closer look at four historic and important mothers who lived in the Pikes Peak region.

The Kentucky-born Mary Lincoln Mellen, nicknamed “Queenie” by her grandmother as a child, met William Palmer on a train to New York when she was 19, and married him in 1870. The couple moved to the Springs in 1871 and eventually moved into Glen Eyrie with their three daughters, Elsie, Dorothy and Marjory. In 1883, doctors told her the altitude wasn’t good for her health, so Queen moved to England to regain her health. She died shortly after Christmas in 1894 at 44.

Queen and her oldest daughter, Elsie, whose visage is often on display at Colorado Springs Fine Arts Center in John Singer Sargent’s widely admired painting, exchanged many letters while Queen was across the pond. Many of those were from Elsie, and addressed to her “motherling” and “sweet motherling.”

“I wonder if you think we are not having a happy Xmas, because we are dearest motherling — and we feel your presence with us every second. It’s wonderful how you do that. And all your little thoughts for people’s pleasure....” from a card Elsie sent to her mother around Christmas 1894.

Witherow laments that people don’t have a clear grasp of Queen, and we often hear cliches and tropes about her personality, that she was unhappy and spoiled and her husband was the one to nickname her “Queen.” All untrue. The museum has more letters between mother and daughters than between Queen and William, and they show the close bond she had with her children. She wanted them to explore music and art and have a life full of travel, great food and interesting people.

“They adored her and she adored them,” says Witherow. “There is a sweet, kind and loving protective quality of her letters. She gave them advice and encouraged them to be better people and be kind to others and give to others and be respectful to everyone. When I read them I think about what an impact she had on those girls.”

Queen also was concerned about dying and not having her daughters, particularly her two younger ones, remember or know her. She wrote letters a few years before she died with those concerns in mind. “We see she was funny and spontaneous,” says Witherow. “She was effervescent.”

After arriving in the Springs, Loomis attended Cutler Academy and Colorado College before marrying her doctor husband and having children. The family was affluent and though Loomis never worked outside the home, she busied herself with her passion for photography and capturing her children on film. The museum has a flush collection of her photos and photo albums, all labeled, which makes Loomis a “saint” in Witherow’s book. The pictures depict birthday parties, walks in the park, beach vacations, time in their gardens, pets and foreign countries.

“We can tell by the rich archives she left behind that she spent the majority of her time with her kids,” says Witherow. “She loved taking photos of them. Whether at home or traveling, she documents lives that give us an extraordinary window into what it’s like to be mother and child in that era from a well-to-do family.”

Daughter Barbara went on to become a successful academic in the Southwest in archaeology, while Philip Jr. became an accomplished businessman who also worked in the administration of President Richard Nixon.

“Both kids did well,” says Witherow. “It was a matter of mothers being ambitious for their children.”

Standish, who was the head nurse of two health care facilities in the Springs in the early 1900s, accomplished two unusual feats: She became a small business owner by founding Nob Hill Lodge, a private care sanitorium for tubercular people, and she became a single mom when she adopted a baby boy who was born prematurely at the hospital.

“Through her love and care and devotion and her exceptional medical skills,” says Witherow, “she wills that baby to live and he does.”

Her skills and knowledge were so great that during World War I, in 1918, she was invited to take on duties as chief nurse at U.S. General Hospital No. 19 near Asheville, N.C., where she cared for thousands of soldiers who had tuberculosis or other ailments as a result of their military service. She accepted the job under one condition, that her child be allowed to come with her.

This Colorado Springs family just sailed the world. Now they're discovering a much different life on land.

After returning to the Springs and her work at Nob Hill in 1919, she adopted a second child, a daughter named Barbara Rose, who eventually become a nurse like her mother. In 1925, Standish contracted diphtheria through one of her patients. State health statutes prevented her from continuing to work as a nurse or operate her business, so she and her children moved to California to live with family until 1927, before returning to Colorado.

“Florence is an ambitious, smart, successful, single mother in an era when she did so not by divorce, abandonment or the death of her husband, but by her own choice,” says Witherow.

Stroud and her husband moved to Colorado Springs from the Oklahoma territory with hopes of avoiding discrimination and finding economic, political and social equality. They wanted to give their kids the best education possible, says Witherow. After arriving around 1910, they discovered prejudice against black people was still bountiful.

“To their joy they found schools were desegregated, which meant blacks and white all went to school together,” she says. “Except that meant black teachers could not be employed because white families didn’t want their kids taught by black teachers. Kids got an excellent education, but there were restricted jobs and opportunities for black kids.”

Nevertheless, all 11 of Stroud’s children excelled under their mother’s quiet strength and through her work outside the home, where she took any service industry-type job she could, all to give her children the best advantage possible. Her sons and daughters were all honor students who graduated from high school and went on to college in an era when they faced huge obstacles and discrimination.

Each went on to great achievements in academia, business, science, government and the arts, including Dolphus, who was accepted to Harvard University, but chose to attend Colorado College; and daughter Lulu Pollard, who founded the Negro Historical Association of Colorado Springs.

“Lulu was the strong moral compass of the family. She was a strong, silent mother who encouraged her kids to succeed and they did,” says Witherow. “She is a mom who sacrificed. The measurement of her success is seeing how successful her kids were.”